Locals contacted Howl of Dog Rescue, located in Romania, after they heard what sounded like puppies crying in the bushes.

It was a chilly fall morning, and they rushed over to try and save the vulnerable animals. The rescuers had assumed they were the babies of a stray dog in the area, so when they arrived and saw the truth, it was heartbreaking. 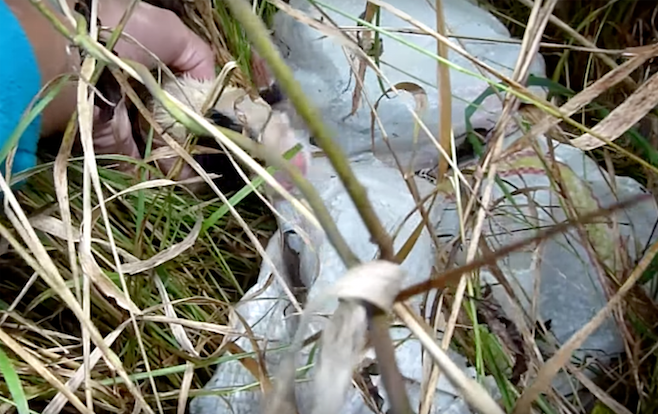 There were indeed puppies in the bushes, but they weren't from a stray. The animals were tied up in a plastic bag where they had been thrown by a human.

Two of the puppies could be seen on top of the bag where they escaped from a hole where it had ripped. They quickly and carefully pulled them from the tall grass and placed them in a lined box.

They found four others in the plastic bag. All of the pups had clearly just been born, as they still had their umbilical cords attached. 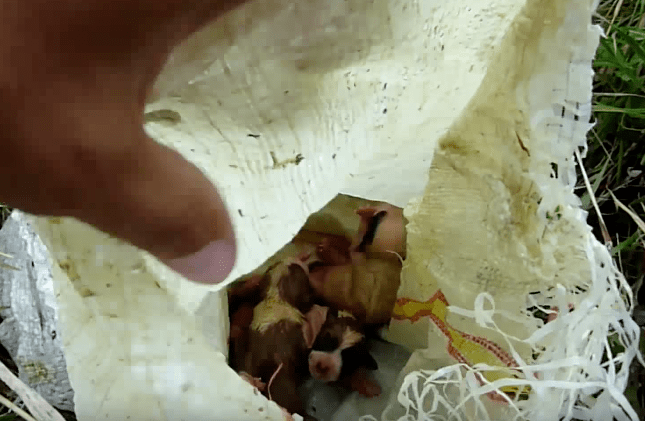 Rescuers double checked to make sure that they hadn't missed any, and found one more animal entangled in the grass nearby. 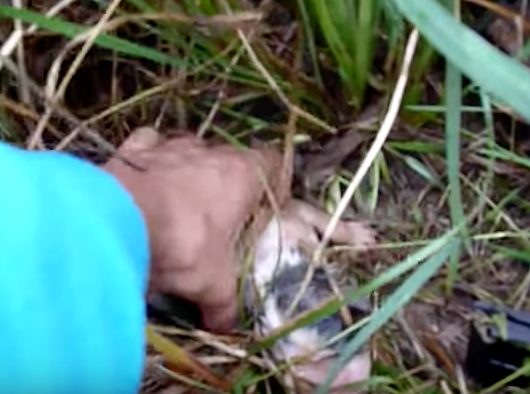 Things took an even more heartbreaking turn, as four of the seven puppies died on the way to the clinic. The combination of the freezing temperatures and the stress on their tiny bodies was too much. 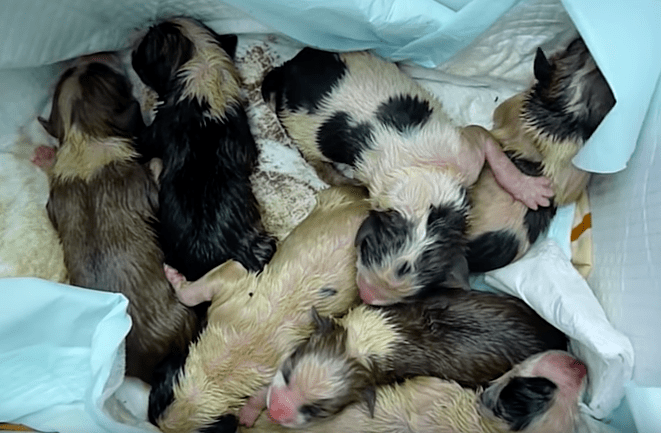 Thankfully, the three remaining canines have healed well. They were given bottles and medical care, and with a fellow abandoned dog acting as their adopted mother. 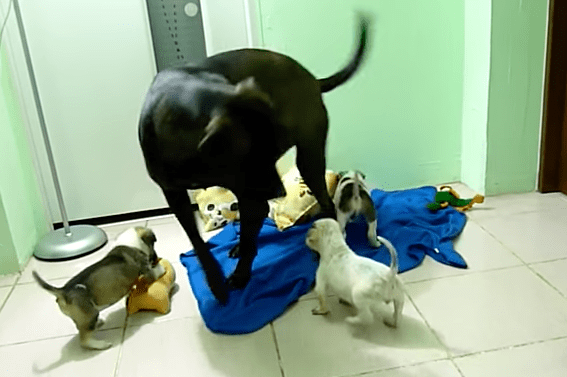 Now, Taz, Bernie and Lizzie have grown into loving, affectionate animals who will make the best companions. 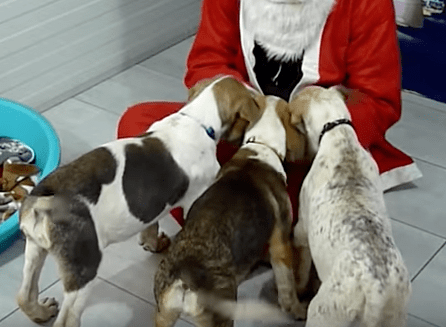 For those interested, they are up for adoption! You can find more information about adopting them, here, and don't forget to follow the Howl Of A Dog Facebook page to keep up with them and all the other rescues. They run entirely on donations, so if you would like to help them take care of more animals like these pups, you can do so, here.

Watch the full video of their moving rescue below: