On August 31, PETA received a call about two dogs that had been left behind in their home, trapped in crates, in the rising waters of the ongoing floods in Texas. 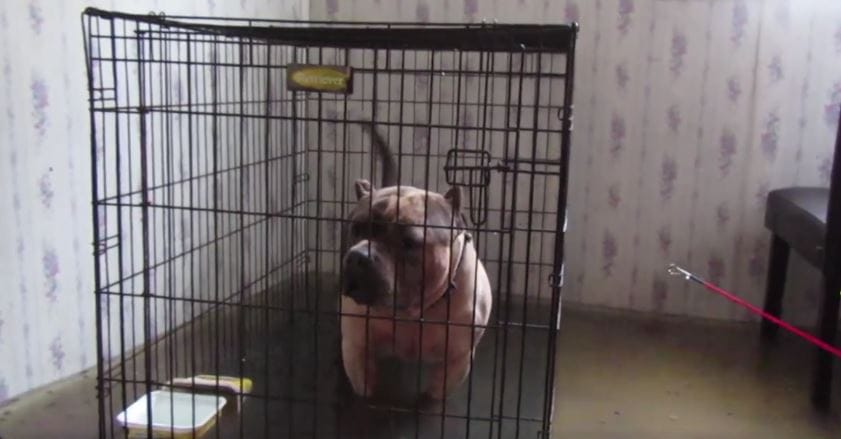 Hurricane Harvey has ravaged Texas since August 17, prompting recovery missions all over the state, not just of people. but of the animals too.

Many residents have been forced to evacuate their homes and move to shelters, which are sadly extremely full and cannot always accommodate pets, meaning that many family companions have been left behind as a result of these tragic circumstances.

In this case, two canines had been left in their home while the water level rose around them, leaving them in imminent danger. With the permission of the homeowners, PETA rescue crew smashed a window to gain access to the property, being sure to avoid knocking glass into the room with the dogs. 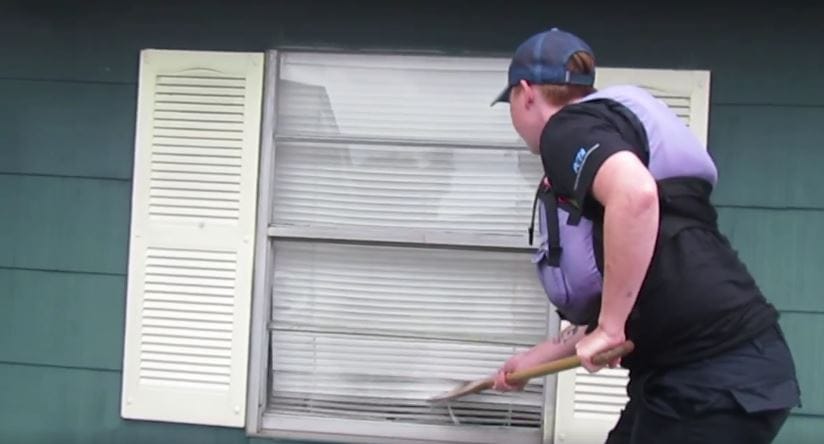 They managed to climb through the window into the house and found both dogs, standing in water that had already risen high enough to cover their paws. The scared canines were lifted out through the window onto the raft that rescuers had brought outside.

The water outside of the house had reached knee height for the volunteers, meaning that the dogs would soon have been in a potentially fatal situation if it had not been for rescuers. 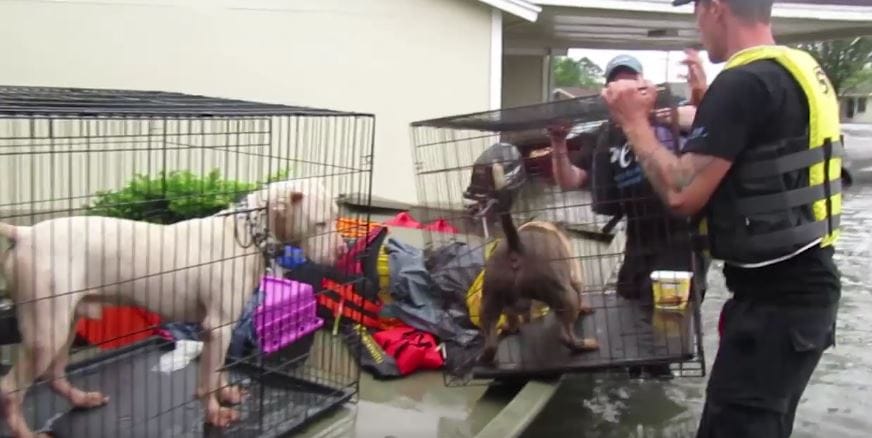 To help them to rescue more animals in this disaster and others like it, you can donate to PETA's 'Help Animals in Times of Crisis' fund by clicking here.

Watch the video of the impressive rescue below:

These dogs were trapped in a flooded house. Luckily, we were able to break into the house (with permission) & rescue them #Harvey

Posted by PETA (People for the Ethical Treatment of Animals) on Thursday, 31 August 2017