On July 20 last year, a massive rescue operation took place on a farm in Wesport, Massachusetts. Around 1000 animals, including sheep, cows, dogs, cats and pigs, were saved from the deplorable conditions they had been living in on the 70 acre property, reports The Dodo. 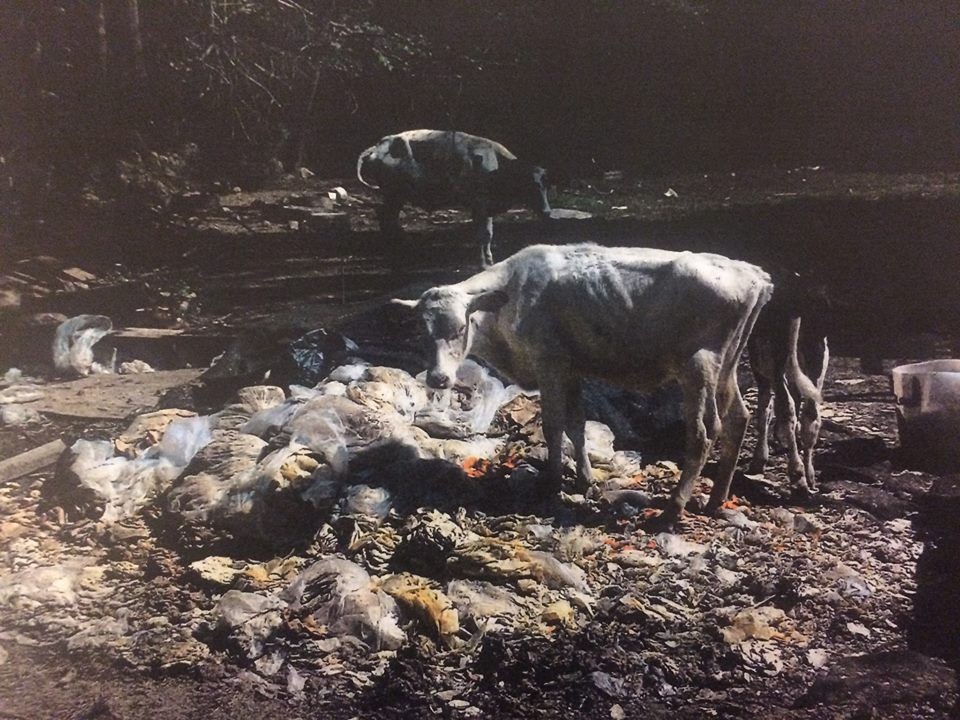 The operation, organized by the ASPCA, took several days, 45 people and hundreds of dollars to complete. Kelly Mullins, in charge of care at the Catskill Animal Sanctuary, who works with the ASPCA, confirmed:

There were dilapidated sheds, and there was garbage everywhere.It smelled horribly. There was rotting food. There were not a lot of safe areas for the animals to go into coverage from the rain or the weather conditions. […] A lot of the animals were very malnourished. 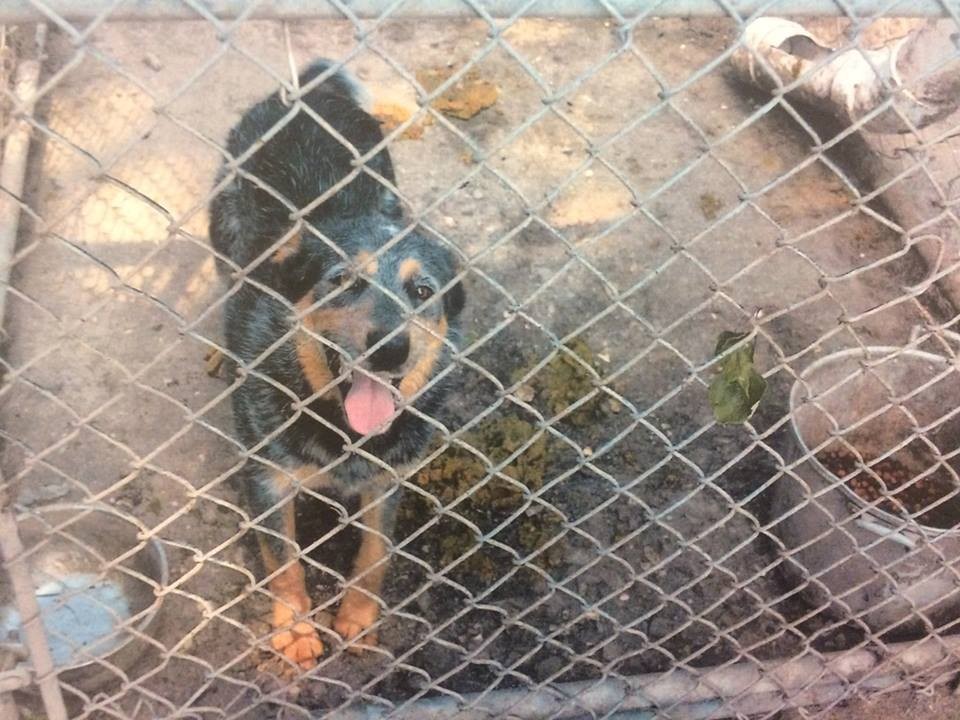 Catskill Animal Sanctuary took in 130 animals, of which Cleo, a little sheep. Luckily, she quickly regained her strength upon arrival at her new home. 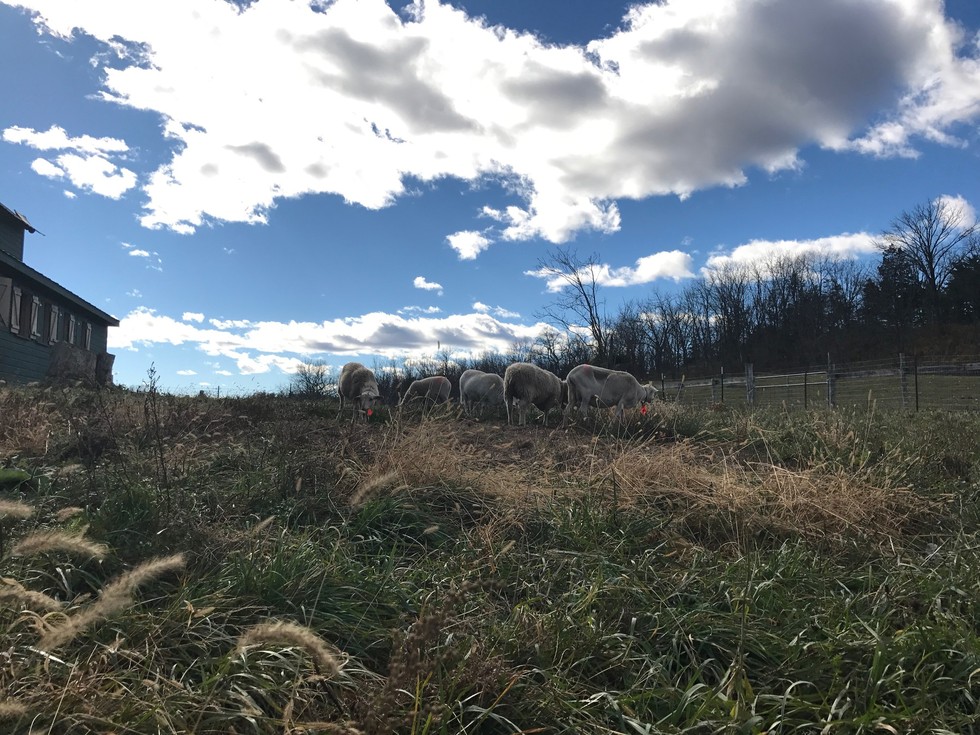 But the adorable sheep was hiding a big surprise for her rescuers… They discovered that she had swollen mammary glands, and that Cleo was pregnant.

On December 21, she was taken into the clinic where Kellie Meyers, healthcare coordinator, looked after her during labour. But at 4 o'clock in the morning, no lamb had arrived and they knew something was wrong. Kellie took Cleo to Hurley Veterinary Hospital in New York, where Dr Gillian Ferguson helped the sheep give birth. 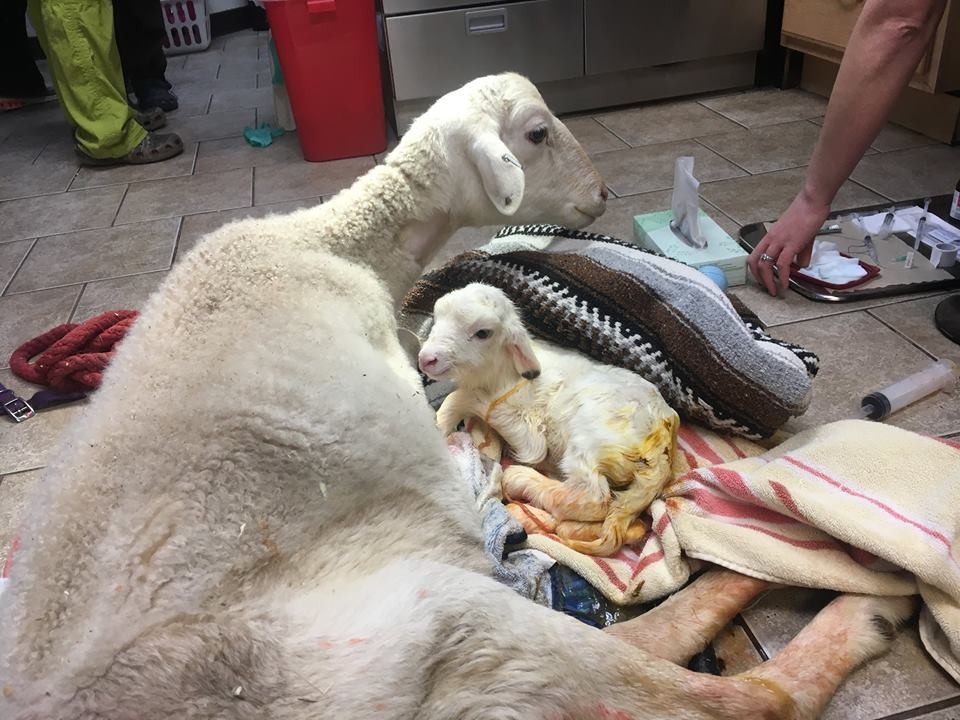 She had not one, but two little lambs. But sadly, the first one was stillborn. Kellie and Gillian feared that the second one would also suffer the same fate, but then the baby finally moved. 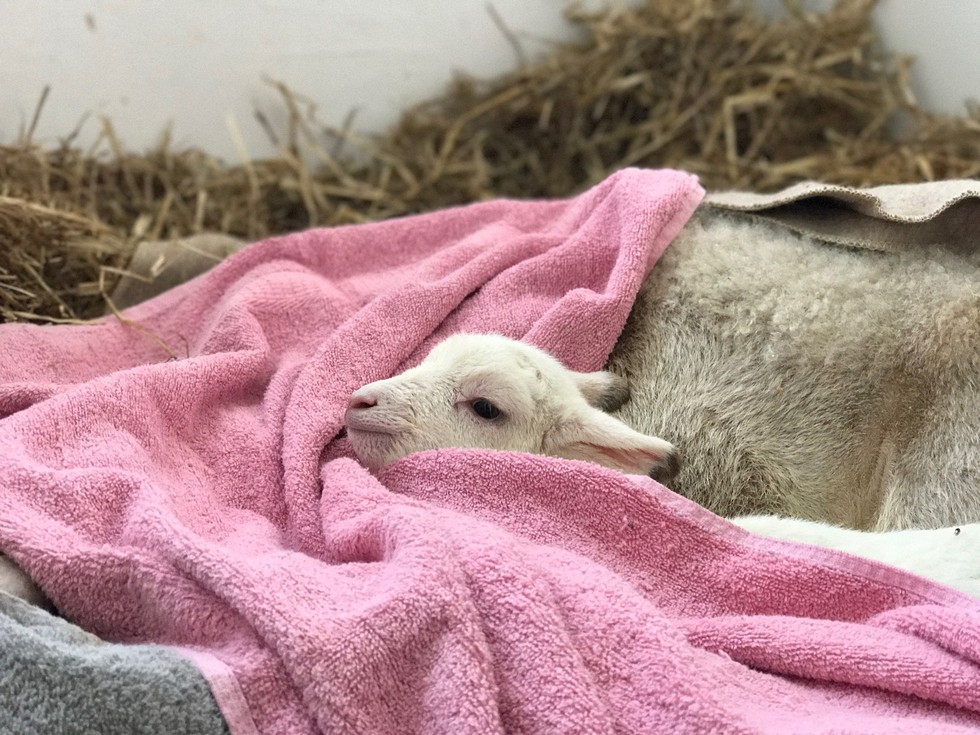 As a thank-you to the Dr who helped Cleo have her baby, they named the lamb Ferguson. The mother and baby are both back at the sanctuary, where a close eye is being kept on their health. 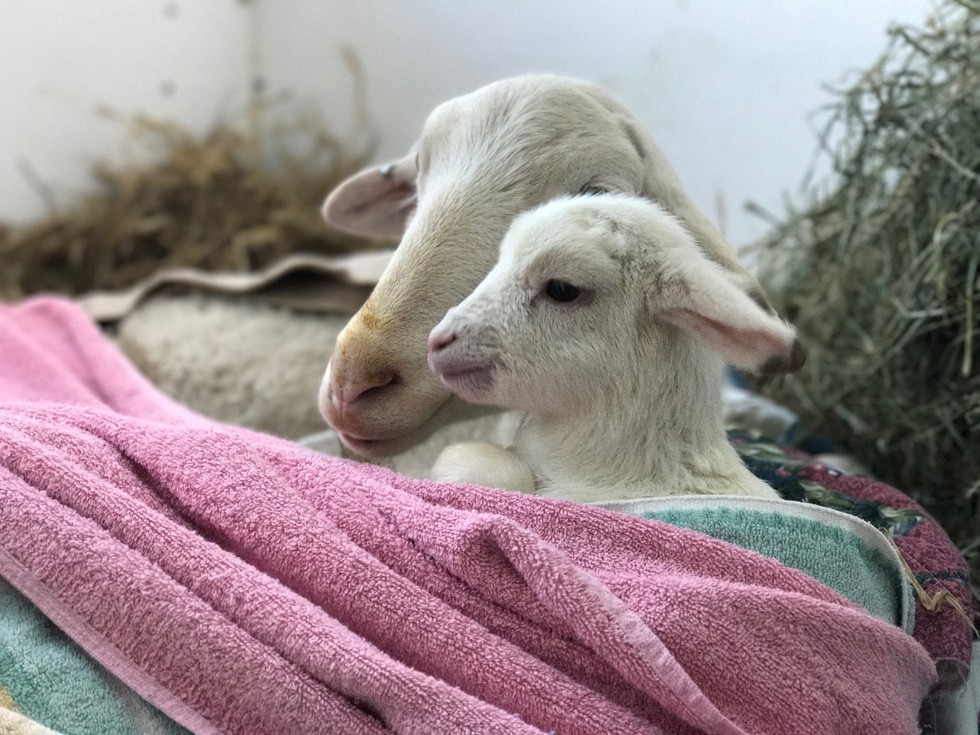 They are both healthy and strong. Kellie concluded:

We're all overjoyed to see this wee tiny little boy come into the world after such horror and hardship that his mom lived through, and to now be able to offer them both a safe and happy home for the rest of their lives.

Don't hesitate to support Catskill Animal Sanctuary by making a donation here. You can also sign the petition and help fight to close the farm in Westport. 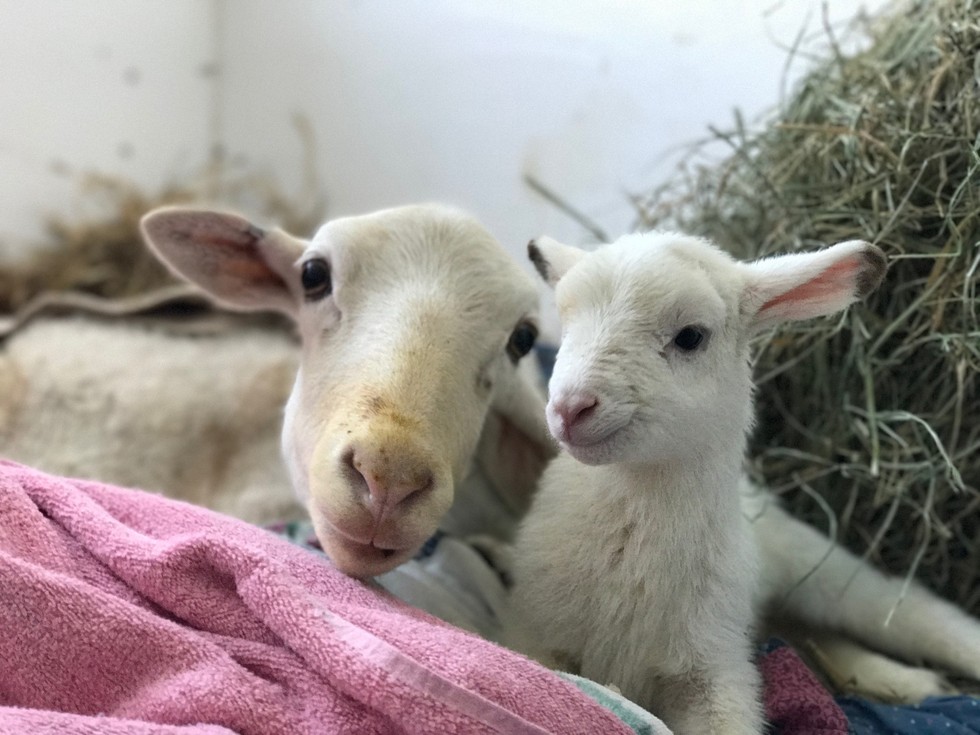