Ruth the 7-month-old cat and Idgie the 2-year-old Dachshund were abandoned together and now share an inseparable bond.

County Animal Services in Florida found the two dumped together at the bottom of a driveway. Ruth was clearly paralysed and could only drag herself to move. When approached, Idgie growled and protected Ruth. 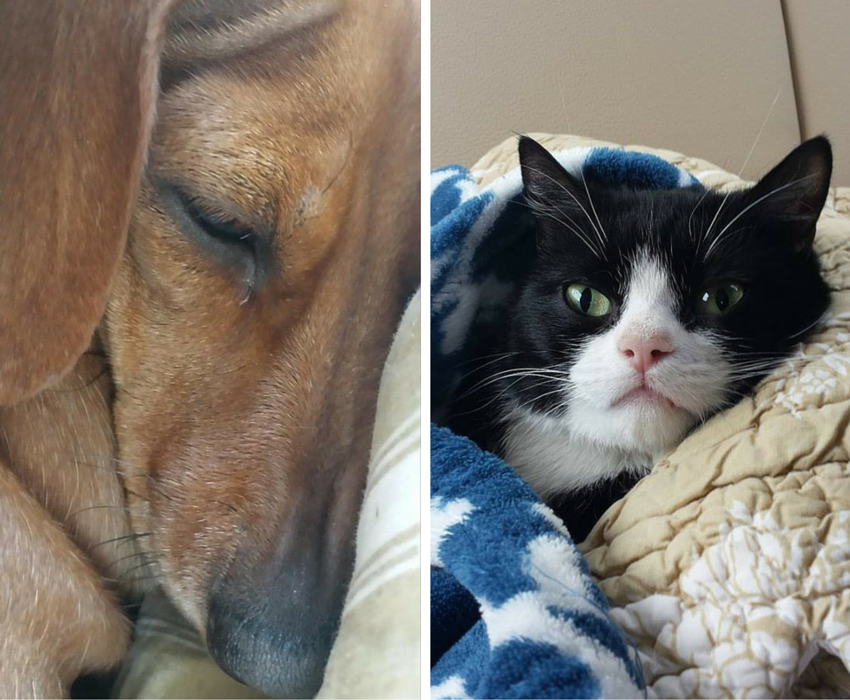 They were taken to the shelter and have been inseparable ever since. Idgie is said to be absolutely devoted to Ruth, she shares her toys, protects Ruth and cries if Ruth is taken away somewhere.

Thankfully, the pair found a home together and they now live happily with their new owner Jacqueline Borum. 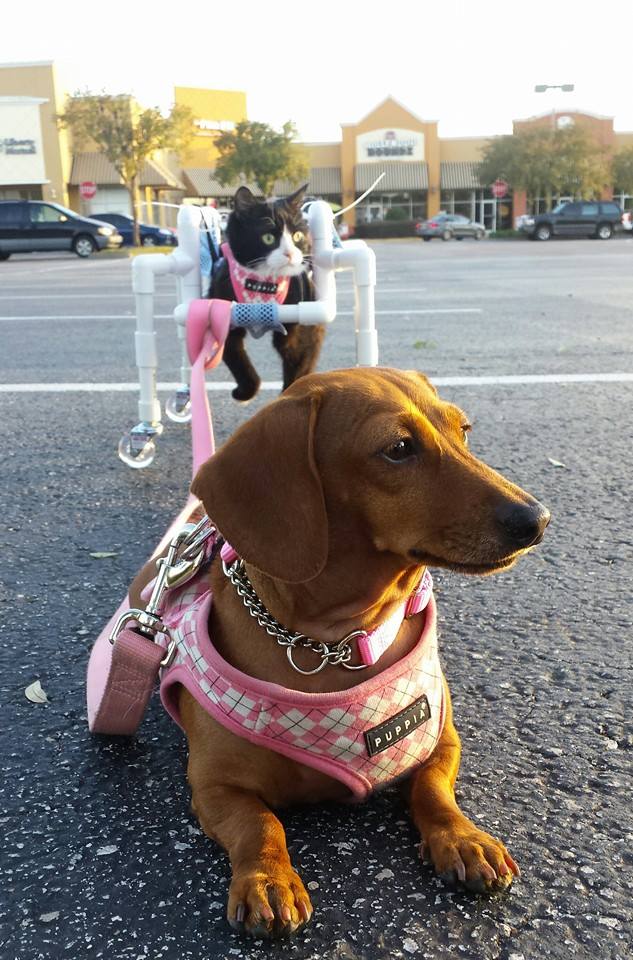 Jacqueline even runs a doggie spa, the Hollywood Houndz Boutique & Spa, and that's where Idgie and Ruth hang out. They share a luxury pen by the front window where they can have a snuggle and watch the world go by.

We've even found that Ruth & Idgie regularly feature on Project Paws Facebook page as they go for medical checkups. Follow the page to keep updated on these two best friends.

Watch the video of the two unexpected best friends here: