These two chimpanzees, who used to live in a laboratory, are now loving life more than ever before after the ordeal they've been through.

At the beginning of the month, nine female monkeys were delivered to Project Chimps' vast sanctuary of more than 130 hectares, in Georgia, U.S. It was an entirely different environment for those who used to live in Louisiana University's research department labs. They were some of the 200 primates recently integrated at the sanctuary.

On Friday, they NGO for chimpanzee protection published a very touching video on their Facebook page. It showed the nine new inhabitants tasting watermelon for the first time and savouring every moment of their newfound freedom. In the caption, the association mentioned:

Listen to those amazing pant hoots of excitement. They were all so polite to each other and shared the watermelon.

Watermelon Party Pant Hoots!We learned something new about the girls. They LOVE watermelon! Listen to those amazing pant hoots of excitement. They were all so polite to each other and shared the watermelon.

This is only the beginning of all the freedom, love, care and good food these chimps will be tasting! In fact, the monkeys are still in quarantine, a necessary period of 30 days of no contact with the other primates in the sanctuary, confined to the Cedar Tree Villa.

If the girls are healthy they can soon be released into the gigantic open spaces and have fun with others of their kind.

Even in quarantine, their lives are much more pleasant now than during their days as lab chimps at the University of Louisiana. However, the university claims that none of them were technically used for scientific testing, so it's difficult to know exactly what these animals have gone through. 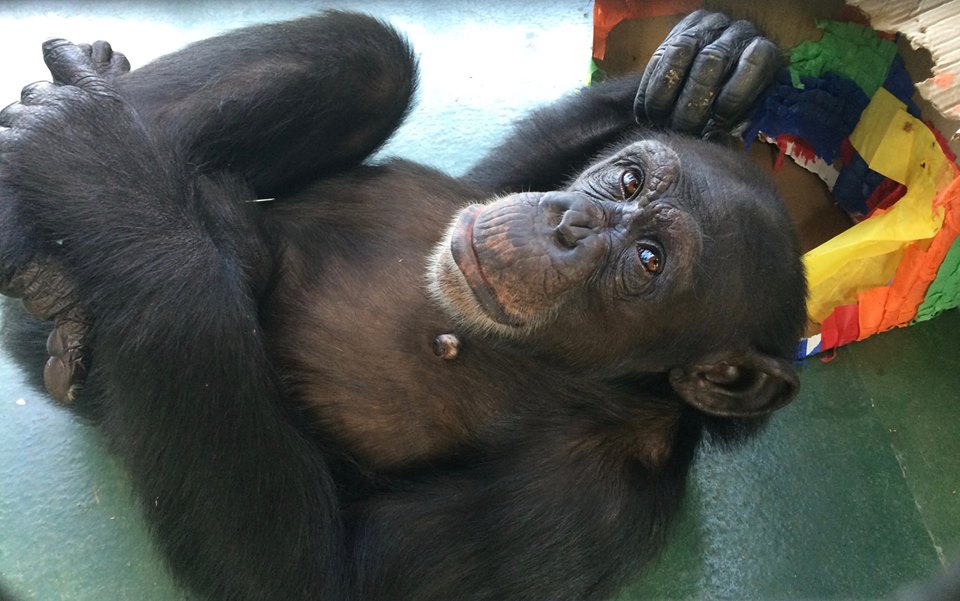 One thing is sure. All the chimps will be much happier in the wide open spaces much closer to their natural habitat at Project Chimps' reserve. They will never again be confined to a small cage – now they can all run, climb and play freely.

Last year, the NIH (National Institute of Health) announced the end of all scientific testing on primates in government laboratories, leading to the freedom of close to 50 chimps across the country. 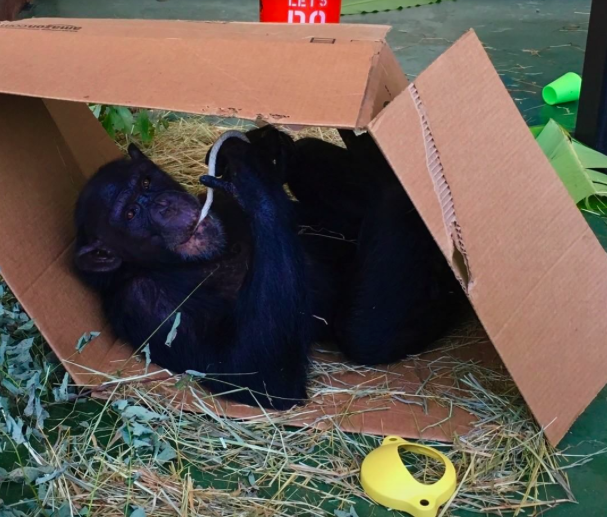 Unfortunately, this progressive decision only applies to state-funded labs for now… There are still many chimps in private companies that are living through hell, not having benefited from this legal advancement.

In the U.S as in many other countries, primates continue to suffer for scientific research. That's why it's important to use alternative methods to put a definitive end to animal suffering.

VICTORY: The U.S. Has Freed All Chimpanzees Used In Laboratories 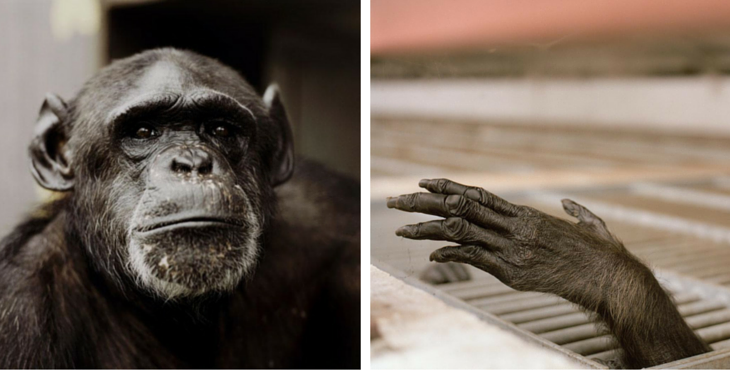