The greyhound racing industry is no life for a dog.

And this lucky dog managed to escape from hell when he was four years old, with the help of Going Home Greyhounds in Pennsylvania. 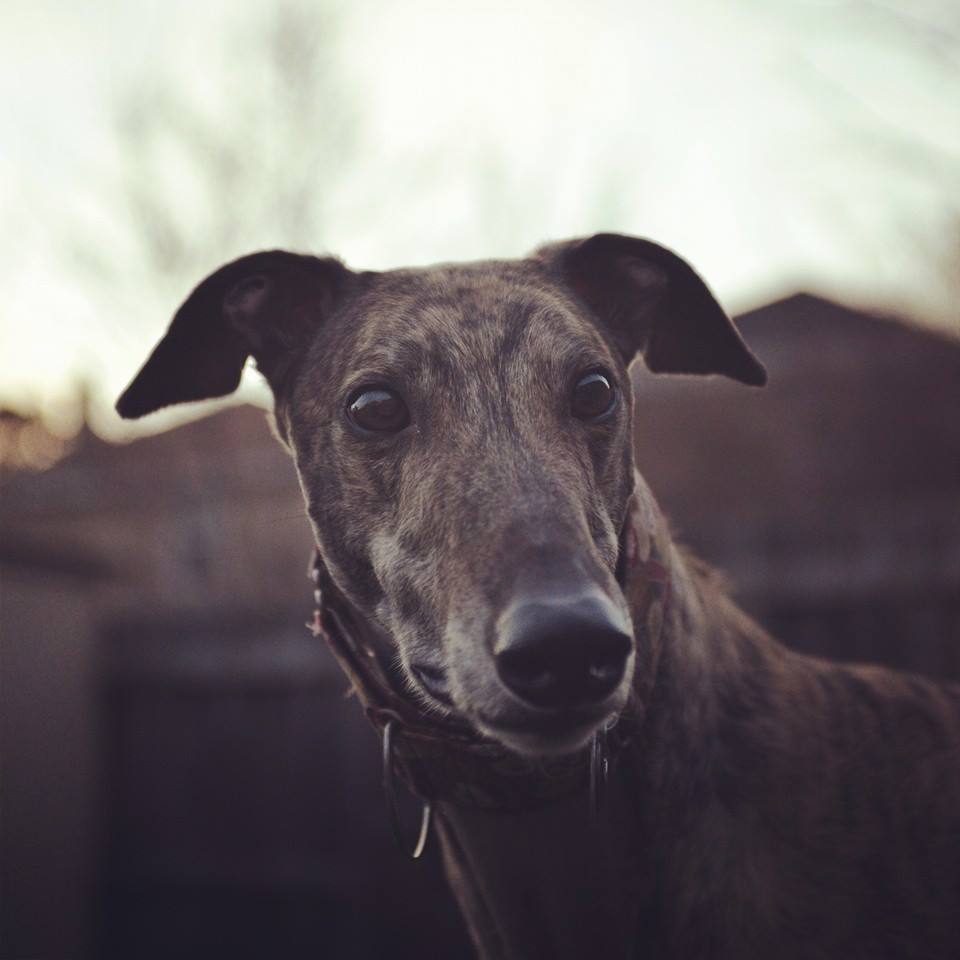 But it was a big change for Mosley. Having grown up surrounded by the chaos and cruelty of the racing industry, he was shocked to find himself in a caring home for the first time when he was adopted by Scott Merrihew and his wife Andrea. 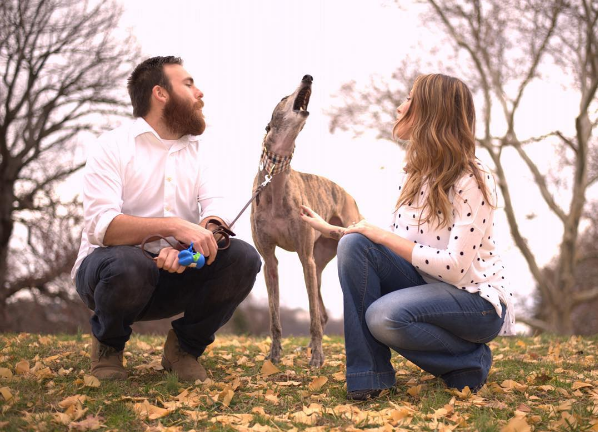 These two brought him up with all the affection and love that he so deserved. After everything that Mosley had been through, he wasn't used to this kind of treatment. Merrihew told The Dodo in a recent interview:

When we first got him, he had a little separation anxiety and was really protective of his space.

Gradually, Mosley got used to his new loving home. He is now much more comfortable with his new parents and living life to the full… Though he's still happy to laze around some of the time! 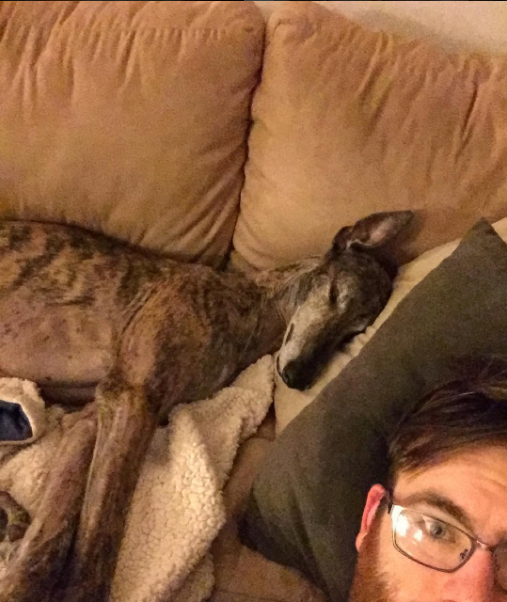 It took a long time to move on from his difficult past, but Mosley is now eight years old and happier than ever, with Merrihew saying he is "a gigantic goofball 2 percent of the day and a lazy cuddler the rest". 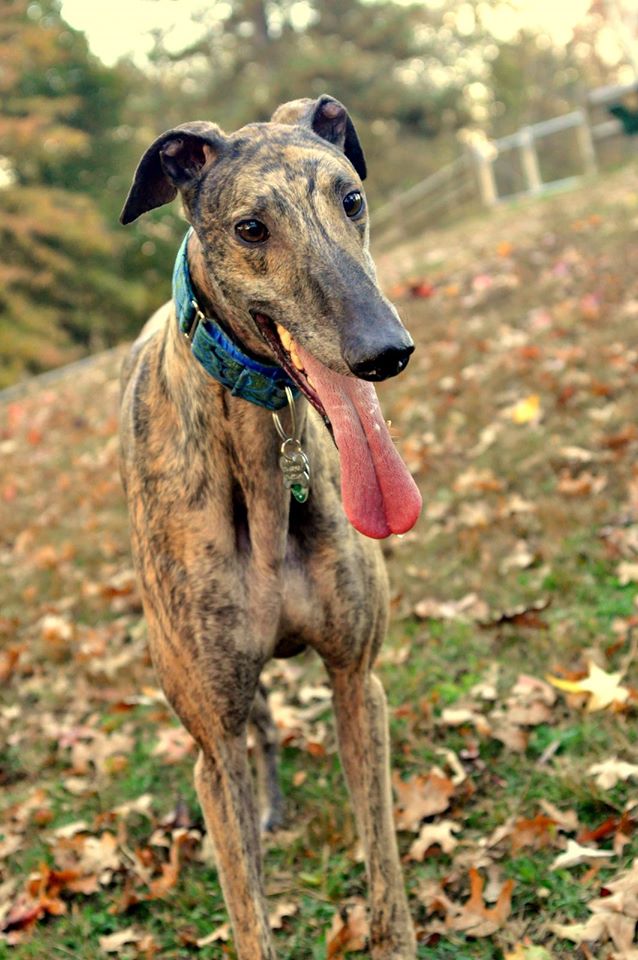 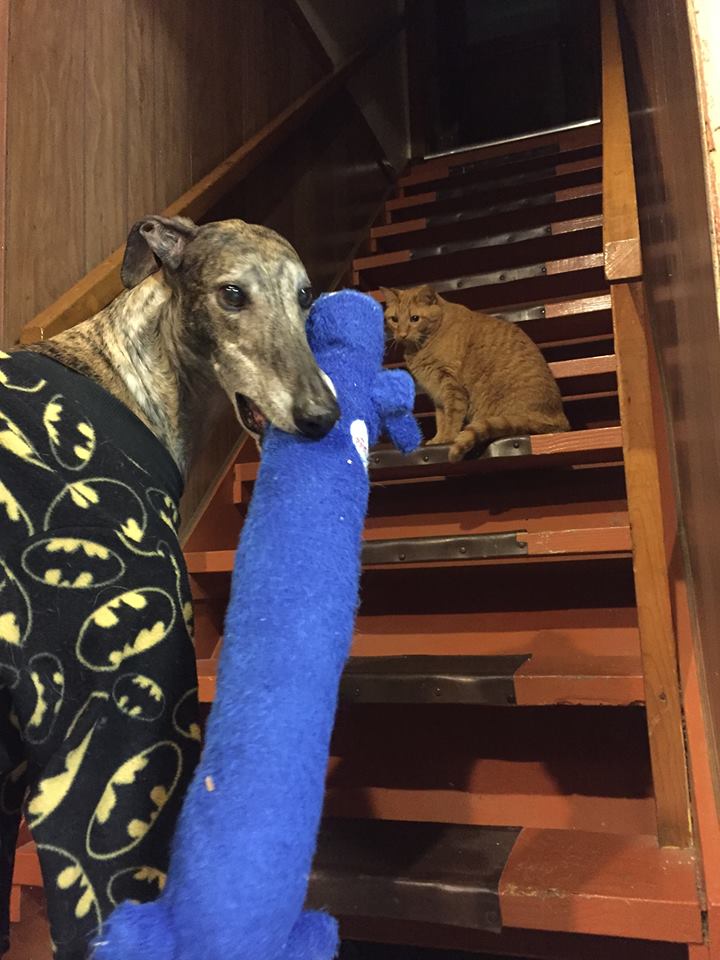 So when the Merrihews found out they were expecting their first child, they weren't worried about Mosley. Merrihew says:

He was a lot more cuddly with my wife towards the end of the pregnancy. He knew something was happening! 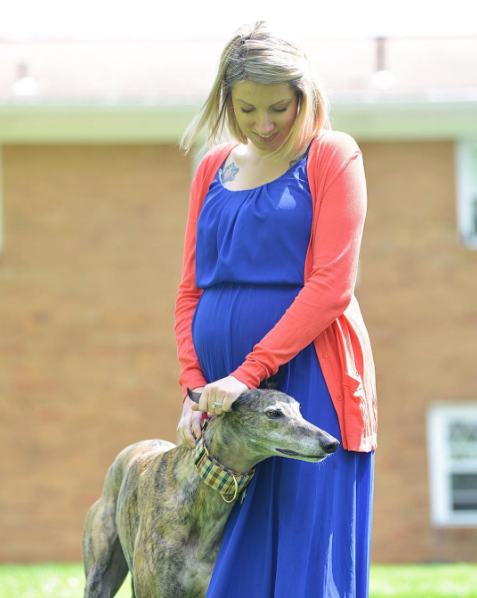 And when baby Lucas arrived in June, Mosley took great interest in his new friend!

The two are best buddies: while the cats are not allowed in Lucas's room at night, the Merrihews are happy for Mosley to come and spend time with him. 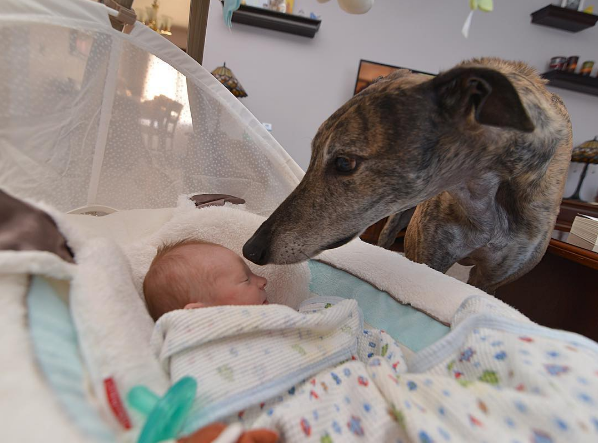 For this dog who had such a rough start to life as a racing dog, with Lucas he can express the love that he was previously starved of. And now he has the perfect family, with both humans and cats by his side!

Someone must have thrown one hell of a party. ?????

Though Mosley couldn't be happier with his new brother, this is sadly not the case for thousands of other greyhounds who are still forced into racing.

GREY2K USA, has been hugely influential in the campaign to end Greyhound racing and is still fighting to end the practice across the U.S.A. You can make your voice heard by signing the petition here.