Lucky Lou and Coco are two cockatoos with very difficult pasts. They were both abandoned by owners who were not willing to put in the work that exotic pets need and were left at a World Parrot Refuge, where they quickly became the best of friends. 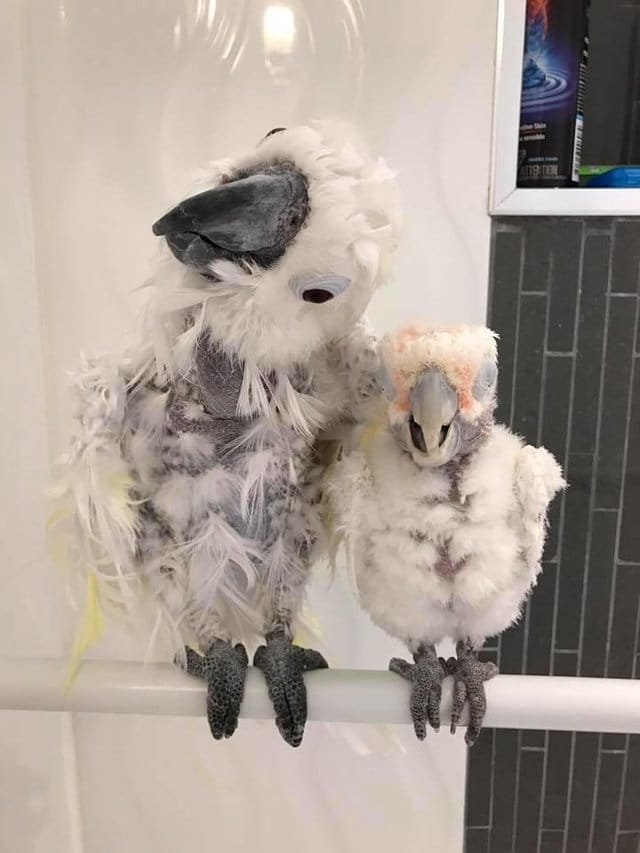 Sadly, the refuge came into difficulty and quickly became overcrowded, meaning that many birds were neglected. The owner then, unfortunately, passed away, so all of the animals had to be rehomed again.

Coco and Lucky Lou's luck finally changed when Danita Morrison, owner of Avian Avenue, an online parrot help forum, heard about their situation and visited the inseparable pair. When she saw them huddling together, afraid of what was to come, she knew she had to adopt them both.

They quickly got used to their new home and spent almost all of their time together. Morrison described to The Dodo:

The best part of having animals together is to see their relationships. Coco is an incredibly social individual — she still bears the scars of birds who didn’t want to be her friends. She wanted to be friends so badly with other parrots and they’d bite her. However, Lucky Lou was suffering from lung cancer. His new owner was ready to give the special bird all the care and attention he needed, and along with Coco, they both made sure that he was never sad nor alone.

Even during hospital visits, the two birds couldn't bear to be separated, so Morrison would have to bring them together. Their bond was so incredible that even during these difficult times, Coco would dance and kiss her best friend to make him feel better. 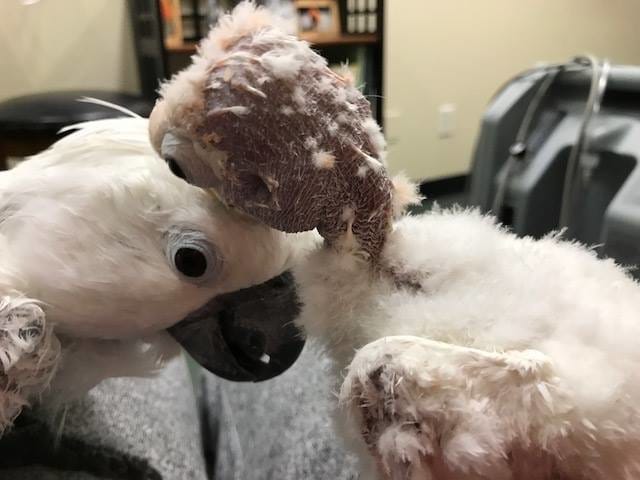 However, after months of fighting his illness, Lou reached a point where he could no longer hold on, and sadly, June 23, 2017, he passed away.

When she was ready to say goodbye to her best friend, Coco slowly approached Lou, who had been wrapped in a blanket with flowers. She took a moment and then leant down to give him one last kiss and say her final goodbye. Morrison described the touching moment:

I am thankful and honored that I was able to witness the tender goodbye between two friends who found comfort and safety in my home. I will never forget it. 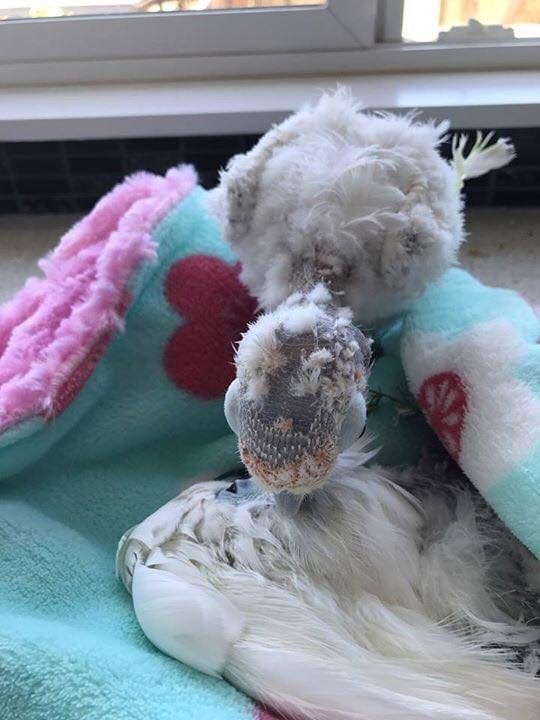 To support Lucky Lou's legacy fund, to help the other parrots that Morrison cares for, you can purchase items from her online shop by clicking here.

To help the other birds from the World Parrot Refuge who incurred injuries and needed to be rehomed after the shelter was no longer able to care for them, you can make a donation by clicking here.