Kangaroos are sometimes known as rather aggressive animals who like to fight to protect their territory. But there is a very special one living at the Kangaroo Sanctuary Alice Springs in Australia who displays characteristics that are quite the opposite. 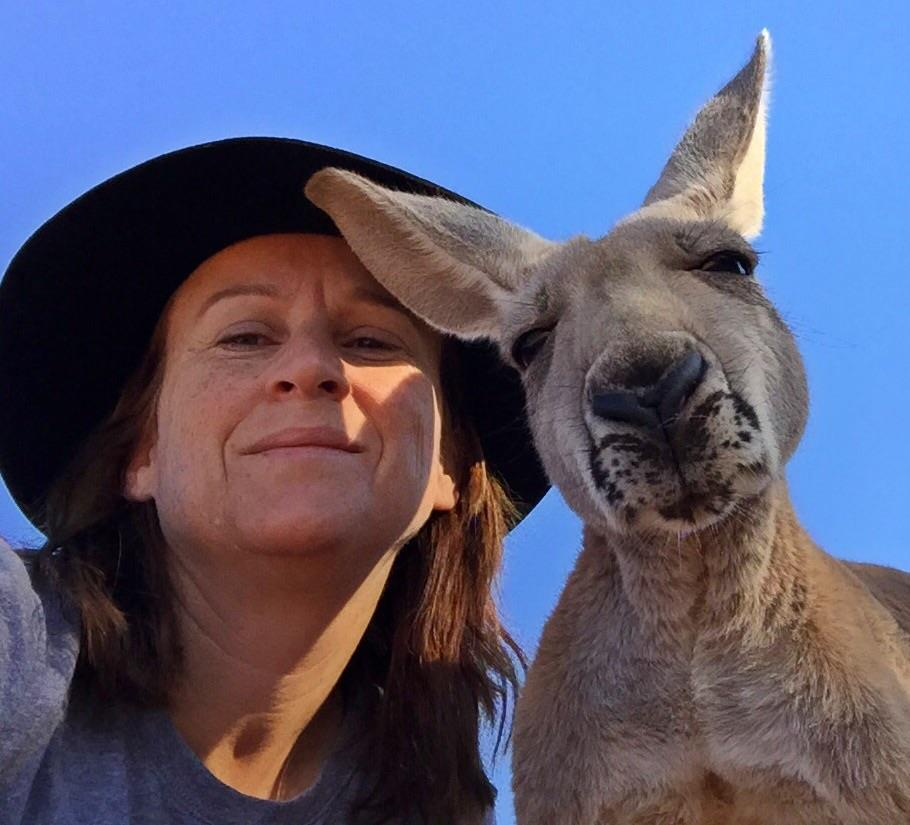 Abigail is a 10-year-old rescue kangaroo who is so grateful to her humans that she can't stop showing her affection. 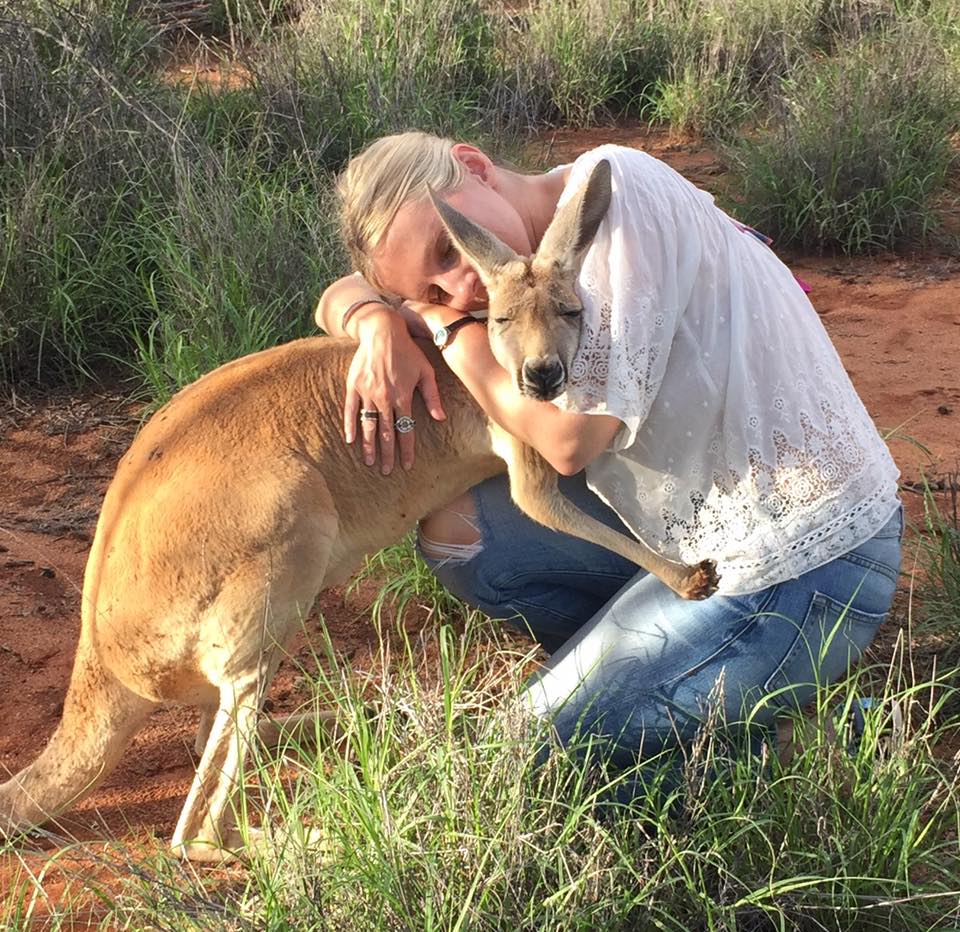 She has become famous on the internet because of her adorable personality, and the fact that she absolutely loves giving hugs and kisses.

Posted by The Kangaroo Sanctuary Alice Springs on Wednesday, December 28, 2016

Queen Abi, as she is fondly known, arrived at the sanctuary when she was just five months old and just an orphaned baby, full of cuts and scrapes. She was desperate to find a home and someone to love her. 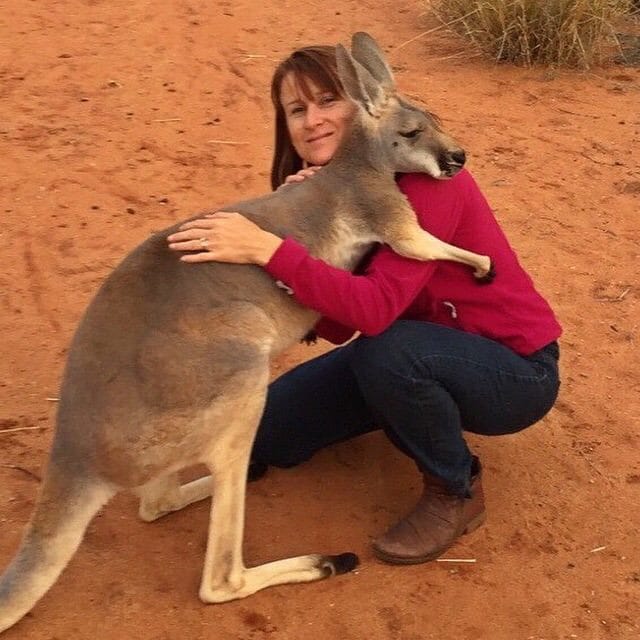 The staff at the Kangaroo Sanctuary immediately fell in love with her and she became known as the queen of the sanctuary. 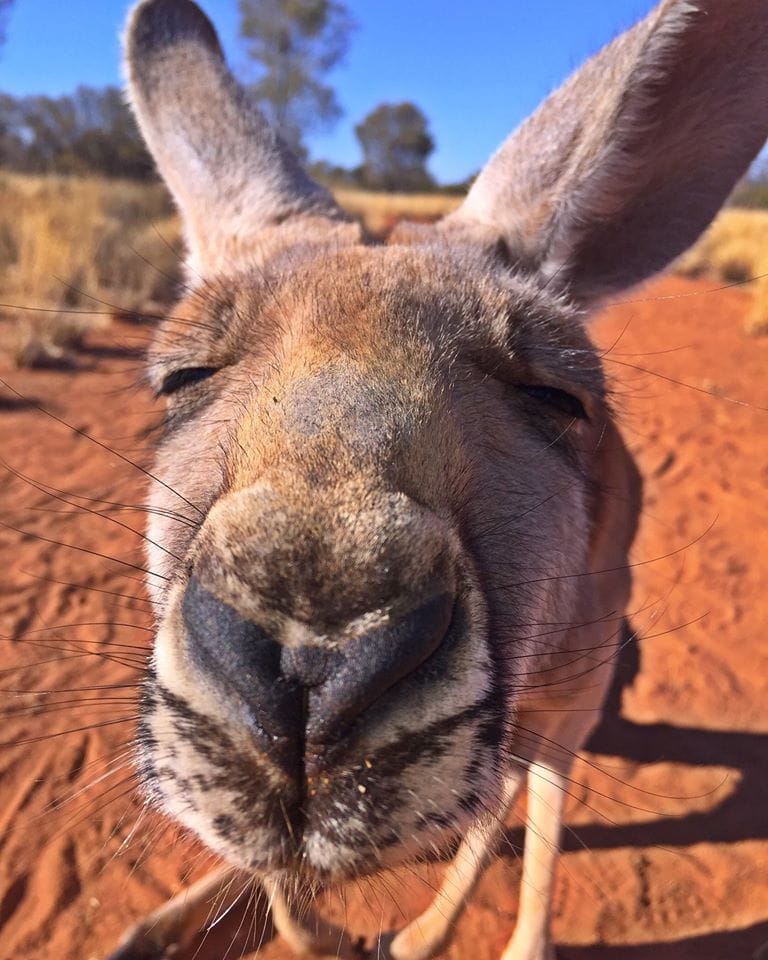 All the caretakers know that Abi loves giving hugs, so they don't think twice when they get a chance to cuddle the adorable kangaroo.

Nothing more beautiful than loving cuddles from Queen Abi

Posted by The Kangaroo Sanctuary Alice Springs on Saturday, 1 October 2016

They also allow guests on the sanctuary to cuddle her if she feels friendly. 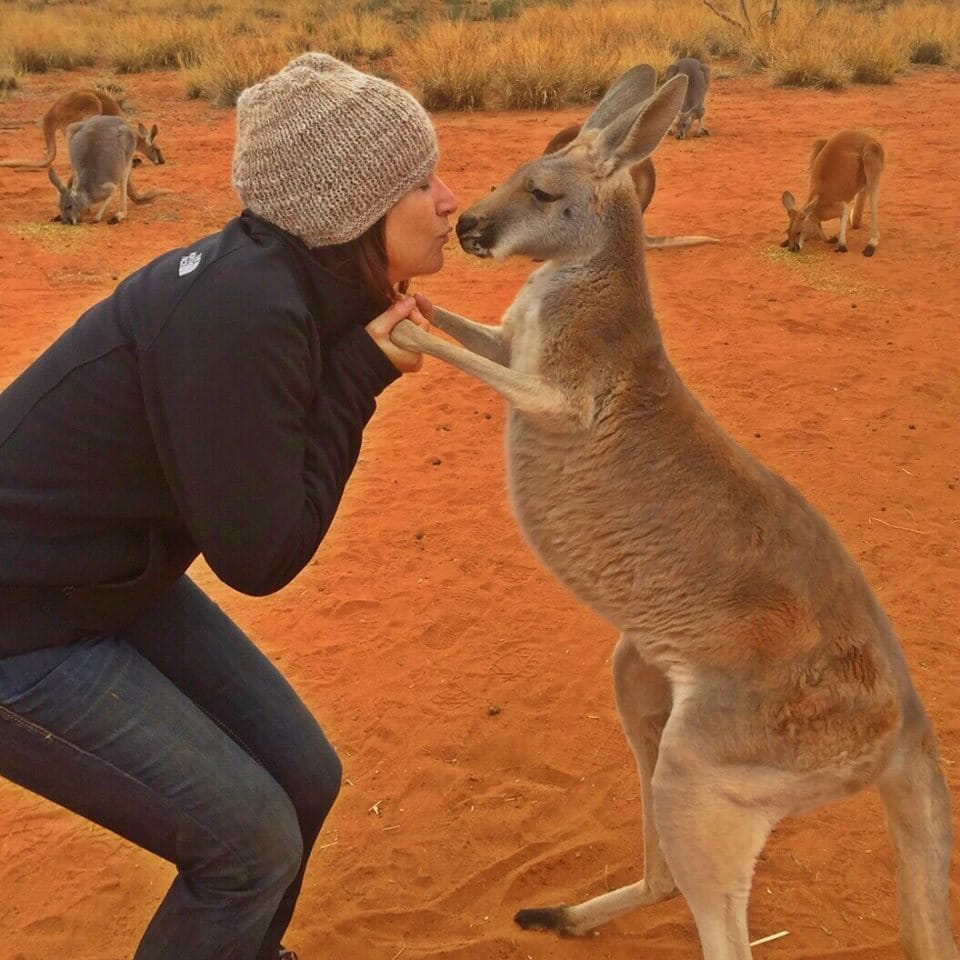 Her humans say she is the most affectionate animal they have ever known and they believe she hugs them every day to show her gratitude for being saved when she was just a baby. 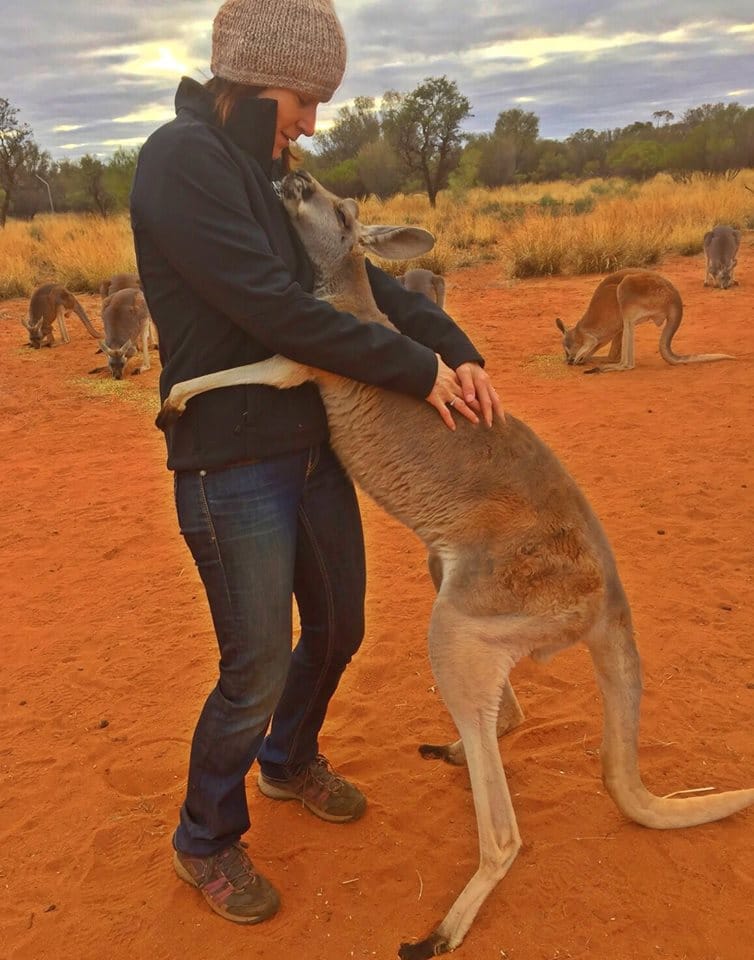 You can follow the Kangaroo Sanctuary Alice Springs's Facebook page to stay up to date on Abi's adventures and cuddle missions! You can also watch Kangaroo Dundee, which is a BBC television series starring Brolga, the sanctuary's owner, and his adorable mob of kangaroos, including Abi.

Cuddles with Queen Abi. What a beautiful way to start the day ?

Posted by The Kangaroo Sanctuary Alice Springs on Saturday, 19 November 2016

Brolga's long-term plan for the sanctuary is to build an animal hospital on the premises so that he can take care of all the injured and sick kangaroos that come live with him. You can help him achieve his dream and support other kangaroos like Abi, by making a donation here.

This Rottweiler Has Found An Unlikely Best Friend In A Kangaroo 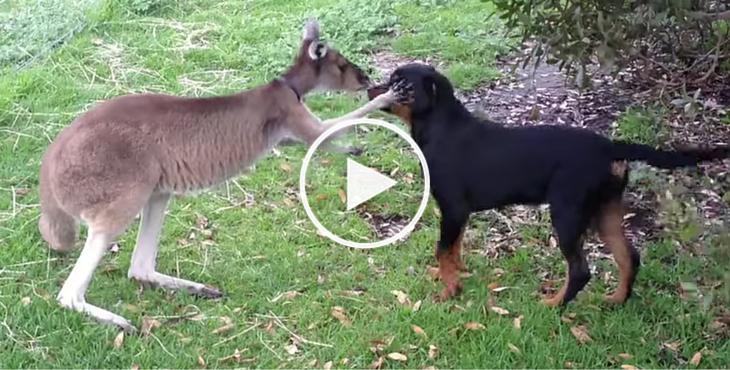