The terrible earthquake that hit the centre of Italy on August 24 has heard many stories of broken lives and grieving families.

From the heart of the tragedy, however, have emerged some silver linings as a reminder to never lose hope. This is the case in Giorgia's story. This 10-year-old girl was dragged out from the rubble at the very last minute, thanks to the courage and keen sense of smell of one of the rescue dogs.

Leo, the black labrador, aided the police in the urgent rescue mission in the small town of Arquata. 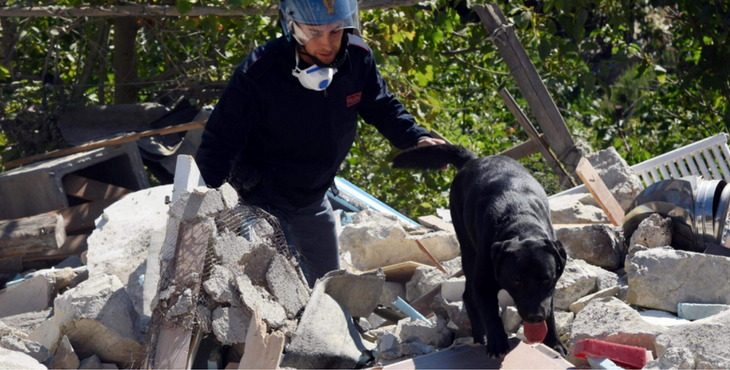 The rescue team was relying heavily on their canine companion's keen sense of smell to track down potential survivors as they searched through the ruins. Leo came to an abrupt halt, his nose on high alert.

The head of the canine brigade of the neighbouring town, Pescara, told the local press:

The building was completely destroyed. We immediately sent Leo [to the site]. […] He immediately detected the spot where we had to dig with great accuracy.

Nine hours later, as night was falling, the officials' efforts were paying off. Three metres underneath the exact spot indicated by the Labrador, the police spotted little Giorgia's body!

She was covered in dust but still conscious as she was gently extracted from the ruins. "My name is Giorgia," she whispered to her rescuers.

"It was a unique experience. For us who are parents, it's feels like we now have another daughter," continued the commander of the canine brigade. 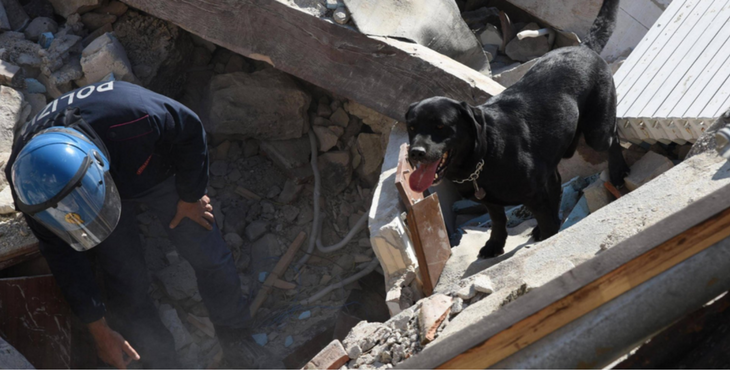 As reported by the Huffington Post, the rescuers were also able to track down the little girl's parents, who were lightly wounded, during the search. Giorgia's little sister tragically lost her life in the disaster.

For many days, all the capable hands in the nation rallied to look for potential survivors amongst the ruins. There is no doubt that the rescue dogs, who participated actively in the operations, saved a great number of lives.