Two bears with difficult pasts have finally found happiness in each other at the Bear Sanctuary Prishtina in Kosovo, as reported by The Dodo.

Both were rescued by the charity Four Paws, which works with animals who have been abused for eocnomic, entertainment or scientific reasons.

One of the bears, named Tomi, was kept as an attraction outside a restaurant in Albania. He was fed beer and bread, and rescuers think that he had been caged up there since he was a small cub. 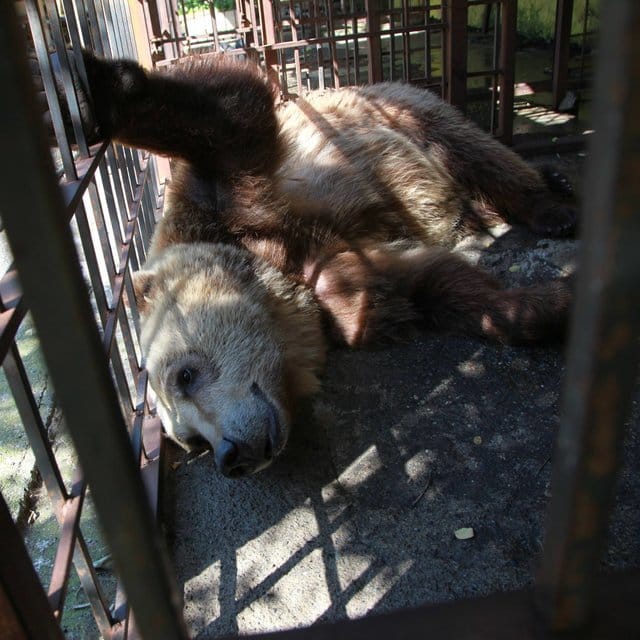 Tomi in a cage at his old home. Source: Four Paws

Claire LaFrance, the ommunications director for Four Paws, described Tomi's past to The Dodo:

We assume that Tomi was caught in the wild as a cub and had been living in the squalid conditions for roughly two years before we rescued him.

His new best friend Hope was also kept in a tiny cage outside a restaurant until she was rescued by Four Paws. They now live together at the sanctuary. 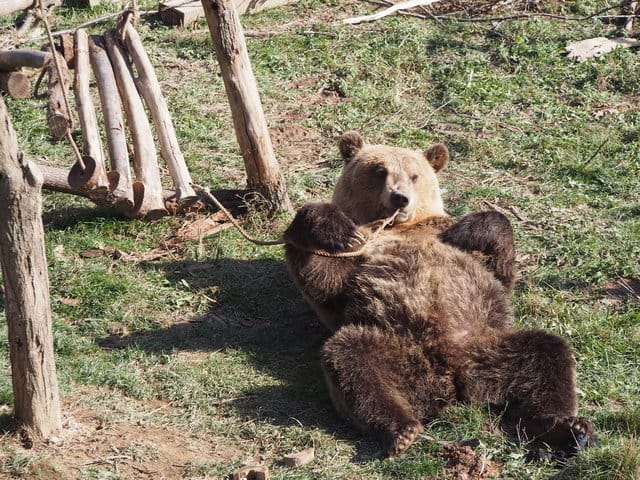 Since taking both of them in, rescuers have seen both bears transform. They've had the chance to roll around in grass for the first time, and have even played in the snow.

Tomi and Hope were carefully introduced just this week, but it's already clear that they have a friendship which will last a life-time. In a Facebook post, Four Paws shared the bears' first meeting:

Tomi and Hope’s socialization started, and it was clear that they liked each other from the very first moment. They started out by sniffing each other and then progressed on to what we might call 'kissing!' Since then, we can happily report that they are inseparable. 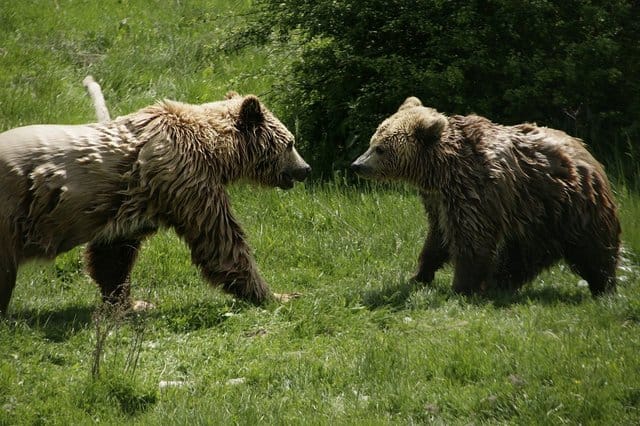 Tomi and Hope can now put their dark pasts behind them, and continue to enjoy their new lives together.

You can support Four Paws and the incredible work they do by clicking here, making a donation and helping them to continue saving animals.