After spending 10 years locked in a cramped riverside enclosure in Yerevan, Armenia, this rescue bear has given birth to two beautiful cubs in her new home.

Six months earlier, Dasha, the mother bear, was caged behind crude, welded bars where she was forced to entertain guests at a restaurant in order to receive scraps of their food. 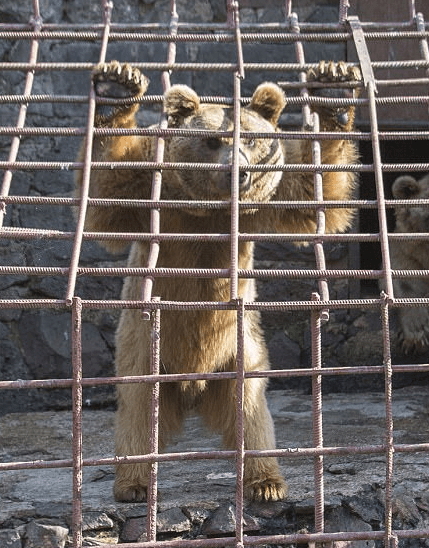 British charity International Animal Rescue (IAR), whose campaign The Great Bear Rescue is freeing dozens of caged bears across Armenia, took Dasha, along with her mate Misha, to a vast enclosure in the mountains in October. 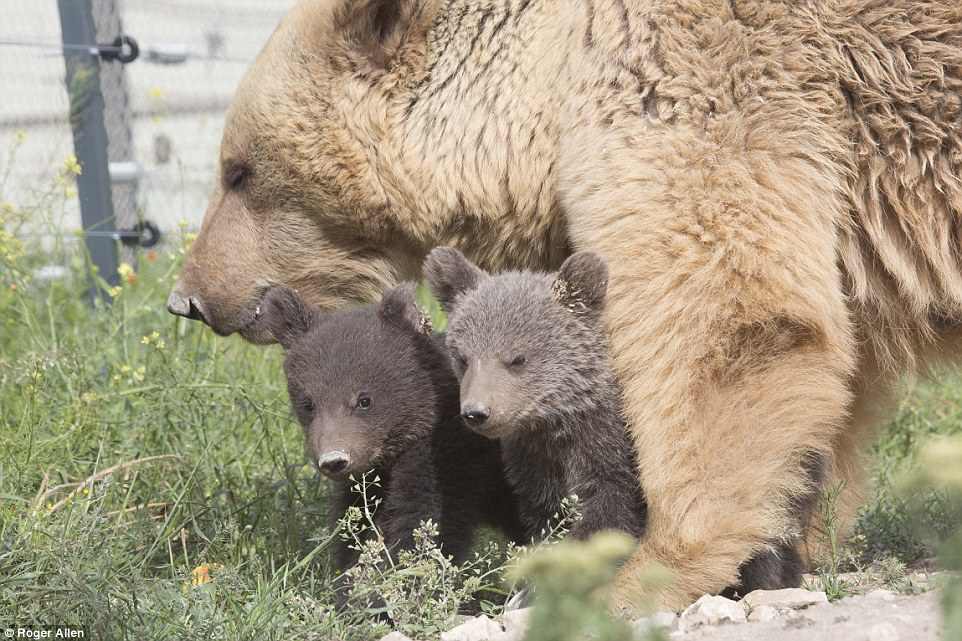 Misha and Dasha, whose coats were matted and their frames shrunken by their punishing existence, have now returned to full health.

According to The Daily Mail, Alan Knight, IAR’s CEO said:

It is fantastic to see her with the cubs and see such a difference in both parents after the terrible state they were in when they were kept in a cage to amuse diners. The fact that Dasha now has healthy cubs just shows how effective this campaign can be. We have been able to give these bears a future where they can enjoy freedoms that were denied them for a decade. They are healthy and can get on with living their lives and Dasha has the environment and the support she needs to help her raise her two new cubs

Armenia has a long-standing history of capturing and keeping bears, and despite progress in many other areas, animal rights are behind the times in the country. 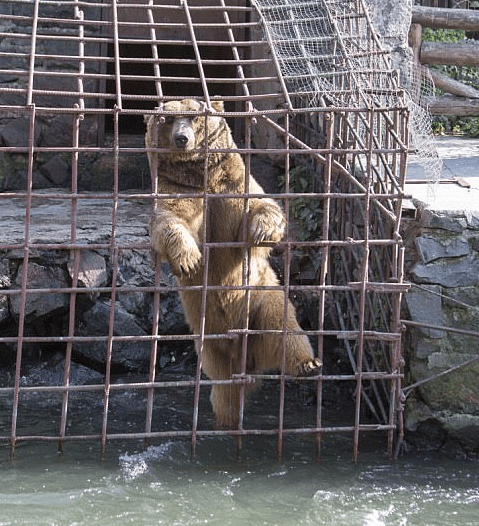 Sadly, it is fairly common to see a bear in a tiny cage either at a restaurant or a shopping center of factory for example. They are often caught as cubs and spend their lives in captivity in order to attract tourists or simply entertain its owners.

IAR is spearheading a campaign to raise money to build an enclosure and her cubs so they can have minimal human contact, which should help ensure they can be released back into the wild next year.

Last year, the charity won the support of the Armenian government and aims to rescue 80 bears from captivity in the country.