Renal amyloidosis in cats is an incurable genetic disease which affects oriental cat breeds. It causes irreversible kidney failure which inevitably leads to the death of the animal.

In order to advance the research on amyloidosis in cats, and develop a detection test for the disease, it is important to know the disease, its mode of transmission and its consequences.

What is feline renal amyloidosis?

Amyloidosis is a genetic disease that can effect Abyssinian, Somali, Siamese or Oriental cats. It's caused from a gene mutation that can be passed on from generation to generation.

Genetic mutation can lead to a positive change, or at least one that isn't dangerous, within a line or a species. Cat breeds like the Munchkin are born with this type of genetic mutation, which is bred purposely.

However, to make sure that all these new genes are passed on to all individuals of a new breed, it is necessary to have consanguinity among the first cats of the breed. The Devon Rex and Cornish Rex are both breeds of cat that have a high rate of consanguinity.

By preventing cats from benefiting from a large variety of genes, the chances of creating new, dangerous mutations, which would have probably only affected a very small number of cats in the wild, are greatly increased.

The genetic mutation causing amyloidosis in oriental cats is one of them. As the disease is particularly difficult to diagnose, it has long been ignored by breeders and now threatens many cat breeds.

The disease causes an accumulation of the substance amyloid (a set of proteins in the body that cannot be extracted). The substance is deposited outside of cells in various tissues and cells, causing tissue and organ dysfunction, causing the cat to die within a few years or even months. 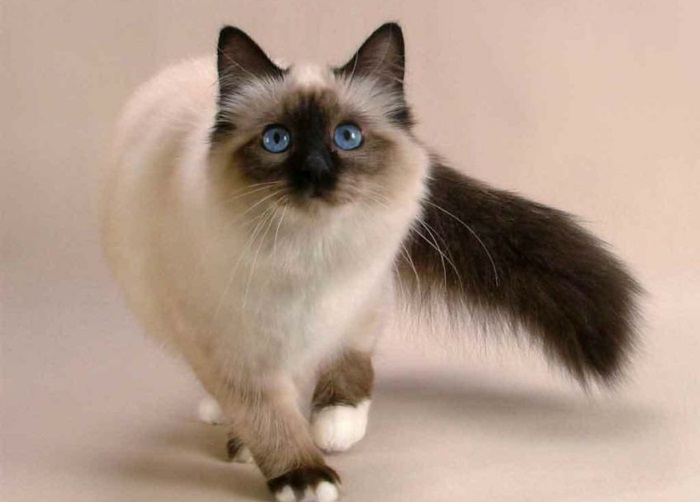 What are the symptoms of amyloidosis in cats?

Amyloidosis symptoms in cats are dependent on their breed.

They are similar in Abyssinian and Somali cats, where the disease mainly affects the kidneys, liver and spleen. The symptoms are as follows:

One thing all cats have in common with the disease is the age at which it affects them, namely between one and five years old. This may differ slightly with the Abyssinian breed.

How can I prevent my cat from getting renal amyloidosis?

Cats carrying the amyloidosis gene can never contract the disease. However, they can pass on the disease to their descendants, which is why it's important to be able to detect amyloidosis among breeds that are more susceptible to it.

At the moment, it isn't possible to diagnose with certitude the disease among living cats without them having to undergo a very heavy operation which could prove dangerous for an already ill cat. It is therefore impossible to prevent amyloidosis among cats who carry the gene.

Research is currently underway into the origin of the disease. Cats with and without the disease are examined from each susceptible breed.

If you own an Abyssinian, Siamese, Oriental or Somali cat, it is possible to participate in this research.

You will need to send your vet a blood sample, a copy of the pedigree, a clinical report, a sampling certificate and a piece of the liver and kidney. Your vet will then send these off to the appropriate research organisation.