Leanne Lauricella left everything to dedicate her life to rescuing animals. In her amazing shelter, Goats of Anarchy, founded in 2014, the young woman from New Jersey takes care of injured or neglected goats and gives them a second chance at life. 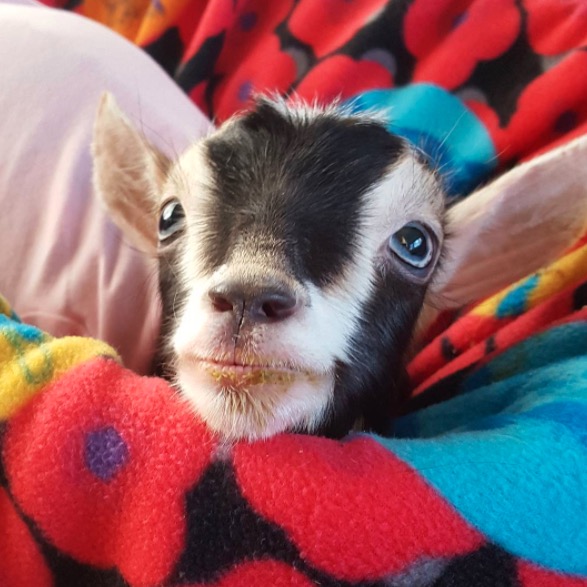 Recently, Leanna took Polly under her wing, knowing that this little goat was a special case who would need a lot of care. Polly is very small, underweight for her age and blind, as well as having serious neurological problems. She battles with anxiety and has a hard time making friends. 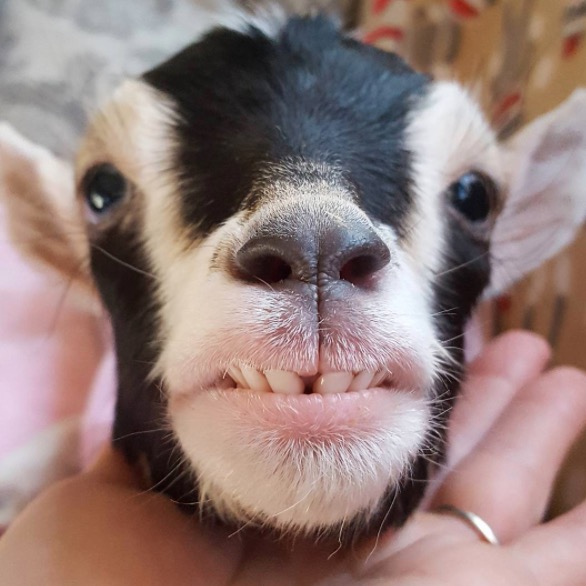 She is very attached to her human and goes crazy when Leanne is not around. She runs around the house, looking for her, panicking. The little goat also got into the habit of sucking the walls of the house because of her anxiety.

But luckily, Polly is getting better, and there is the cutest story behind it…

Leanne was out shopping when she saw a duck costume and thought it would be cute for the goats to wear and to take photos in. She could never have imagined what an effect it would have on Polly's life. 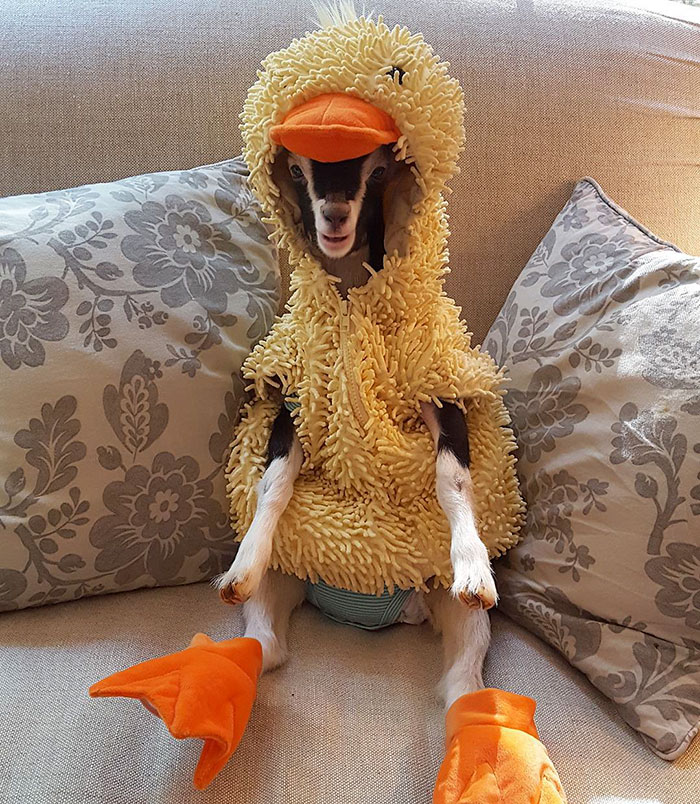 She explained to The Dodo:

As soon as I put it on her, she just instantly got calm. (…) There's something about that duck costume that calms her. She goes into a little trance. She just closes her eyes and she's out. 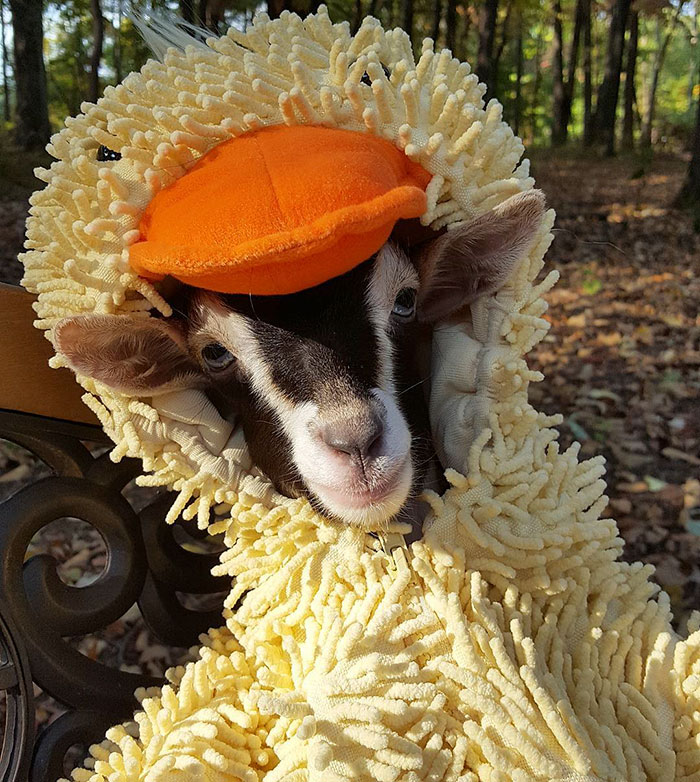 Each time, the costume affects her state immediately. Leanne can now take Polly out with her on shopping trips while the goat wears her duck costume, and he just snoozes in the cart and no longer makes a fuss. The lucky girl also has a fox costume and a pig costume, which also calm her down, but the duck is still her favorite. 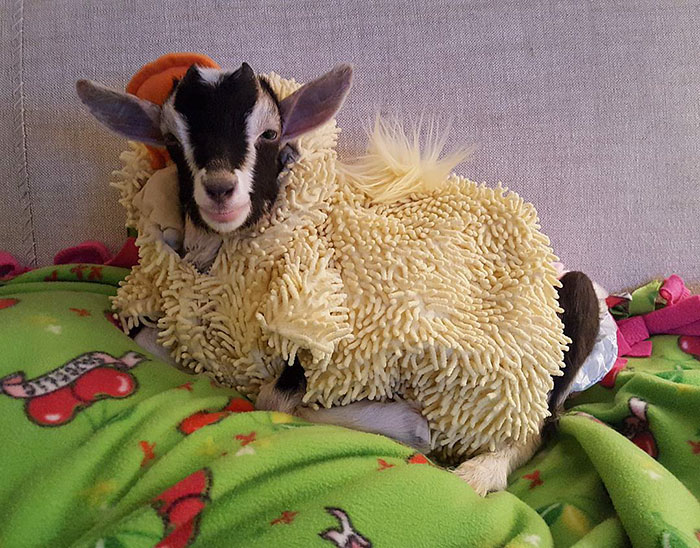 Polly recently made a new friend. Pocket, who just arrived at the shelter, is really small and sleeps on Polly's back. "I've noticed that anytime he's lying next to her, she just gets calm. I've never seen her do that with another goat here," continued Leanne. 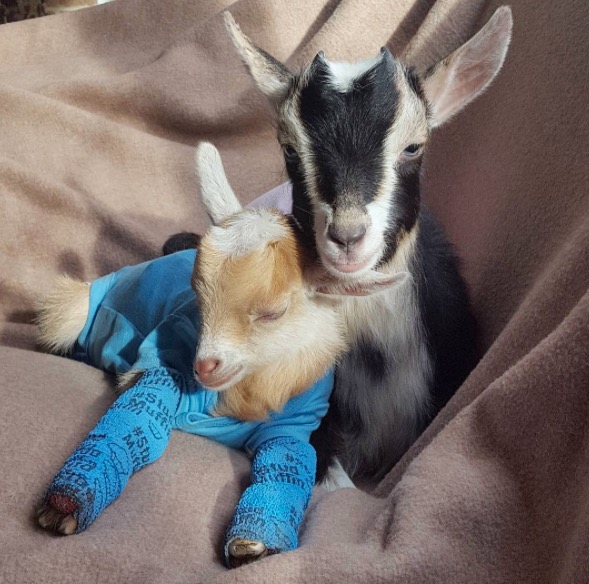 She really hopes that this new friendship will help Polly regain her confidence and zest for life. "I hope that Pocket becomes her duck suit," she joked.