In July 2014, wildlife rangers found a penguin on the beach, severely injured after being attacked by a dog. 9 months later, they got to witness her release back into the wild.

The rangers had been called after walkers saw the little penguin being set on by a dog, something that they were very used to in their part of Tasmania, an island south of Australia. However, there was something unusual about this bird.

After an examination, staff realized that the female penguin was a Snares Penguin, a breed common to New Zealand – more than 1000 miles away from where she ended up. 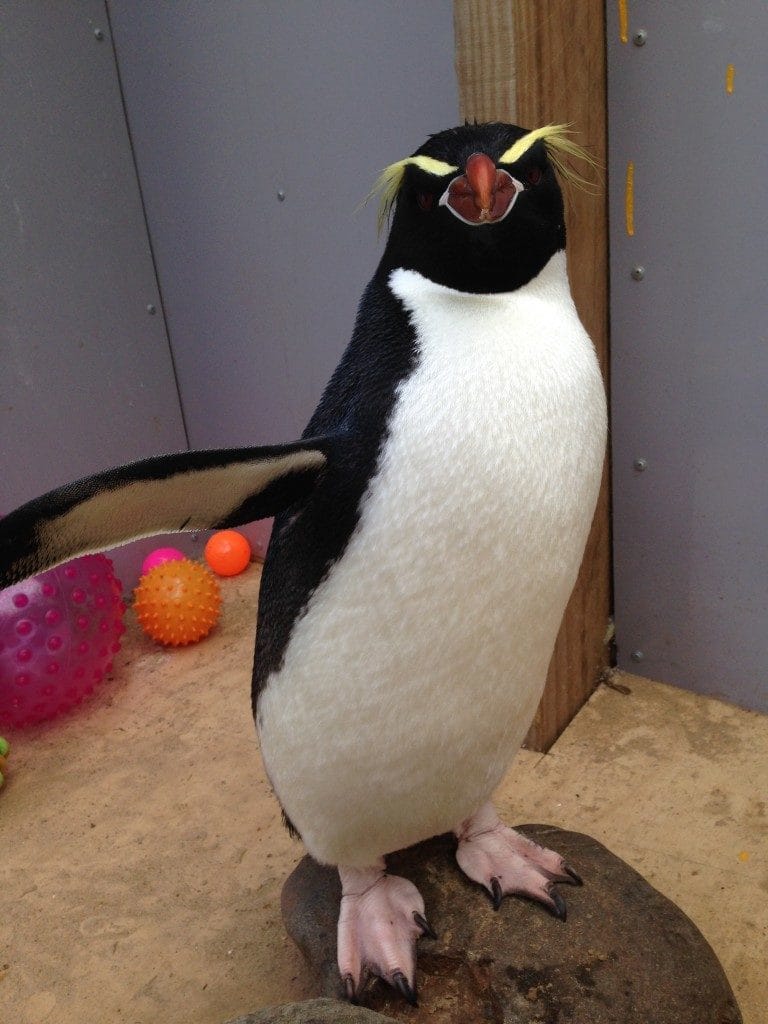 But unfortunately, she couldn't go home straight away. The attack had given her injuries to her back, chest and foot, causing her to lose some of her feathers. Even losing 20% of their feathers means that a penguin is no longer waterproof and could easily die at sea, so her rescuers decided to send her to a rescue center, after emergency surgery. 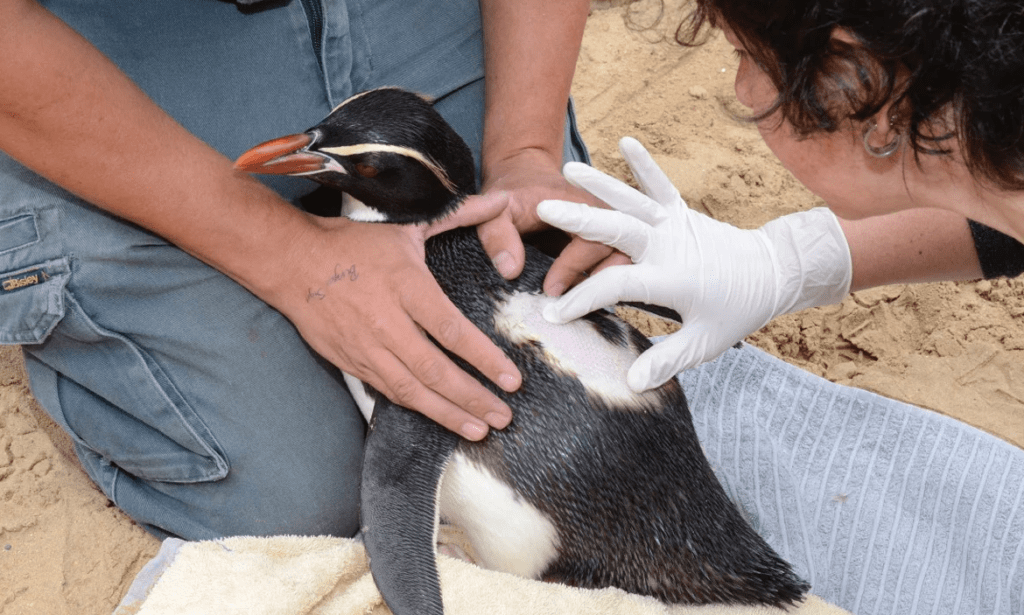 The penguin, named Miss Simpson, was first sent to seabird carer, Lesley Kurek, to recover. But despite the loving attention she received and the fact that her injuries healed well, Miss Simpson's feathers refused to grow back – the only thing keeping her from going home.

After 8 weeks, it was decided that she would do better if she had a bigger team of carers, so she was sent to Bonorong Wildlife Sanctuary in Hobart for long term treatment. 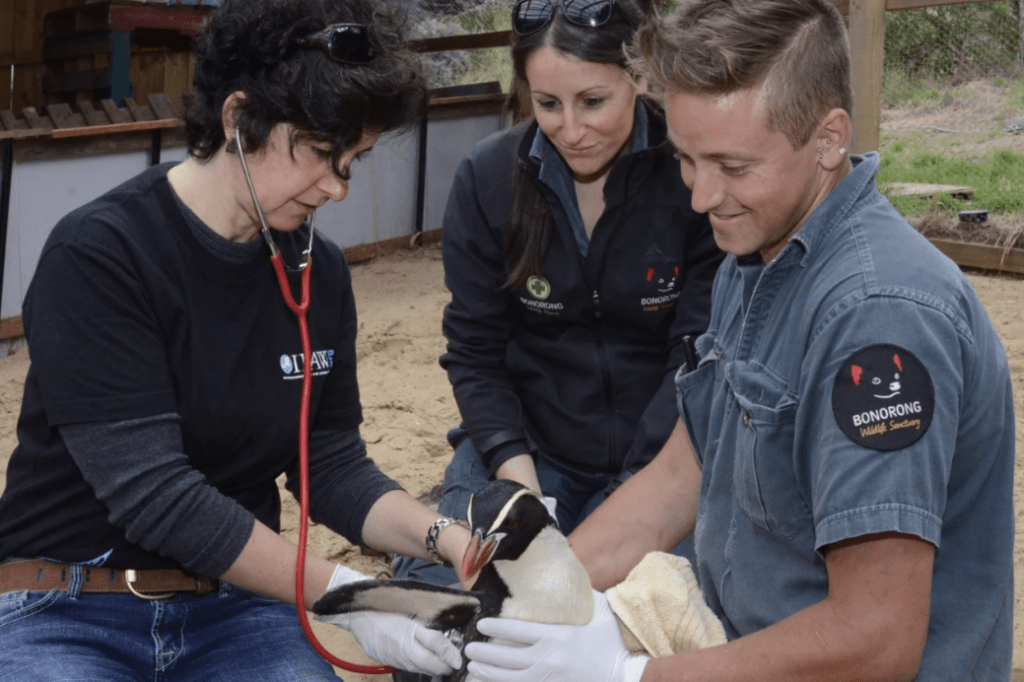 At this point, however, time was working against them. Veterinary care for such a vulnerable penguin is very expensive, plus the longer Miss Simpson stayed at the sanctuary, the more likely it would be that new problems would occur, like fungal infections or stress-preening (ripping out her feathers due to anxiety).

Sanctuary manager, Petra Harris, and her team considered many options, including more surgery, and even thought that it might be better to euthanize her. But Harris was confident in their abilities to get the little bird back home and decided to wait until she molted. Maybe then all her feathers would grow back. 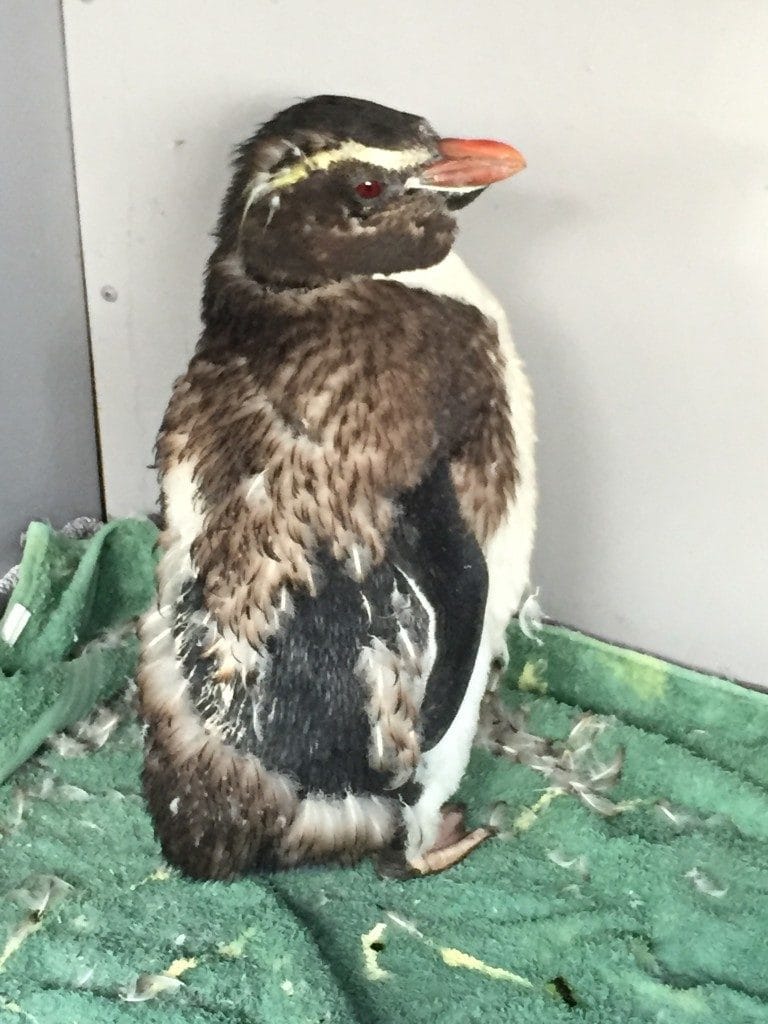 Happily, she was right; 7 months of love and intensive care later, Miss Simpson began to molt. Soon, the bald patch which had become the penguin's defining feature was being covered up with brand new, sleek feathers.

And soon after that, once her new coat had grown in, it was finally time for the wayward sea bird to go home. 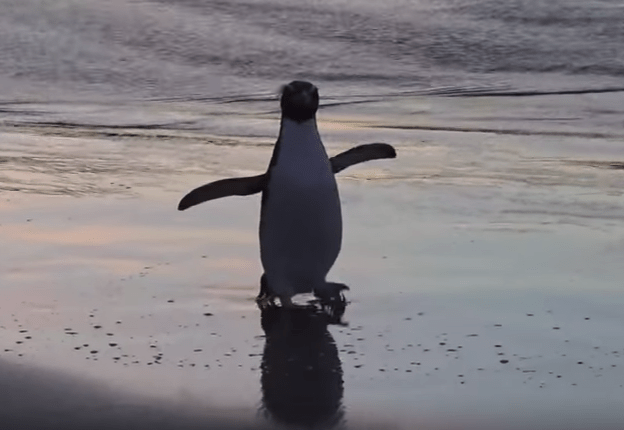 13 staff members from the sanctuary came to see her off, carrying her to the beach and releasing her onto the sand. It was an incredibly emotional moment for them; Miss Simpson was one of their longest-term patients, and after she left, they would have no idea what would happen to her.

But they also knew that she belonged in the wild, and that she was happiest there. Greg Irons, owner of Bonorong Wildlife Sanctuary, told The Mercury:

Within minutes of being in the water she was duck diving under and looking for fish.

Clearly, she was back where she belonged.

If you see wildlife in distress, try not to touch the animal unless it is directly in danger. Contact your local wildlife rescue organisation and stay on the scene until they arrive, if possible.

Miss Simpson's story also shows the importance of keeping your dog on a leash when you are walking them in areas where there are small mammals they could chase and attack. Many dogs, bred to be trackers and hunters, have a prey instinct that can't be trained out of them easily.

It is far safer for both your dog and local wildlife to keep them on a leash.