In August, an American woman from the state of Georgia moved into a new house and made a sad discovery. In the garden, she found 3 pet rabbits, locked in a dog cage and incredibly ill. 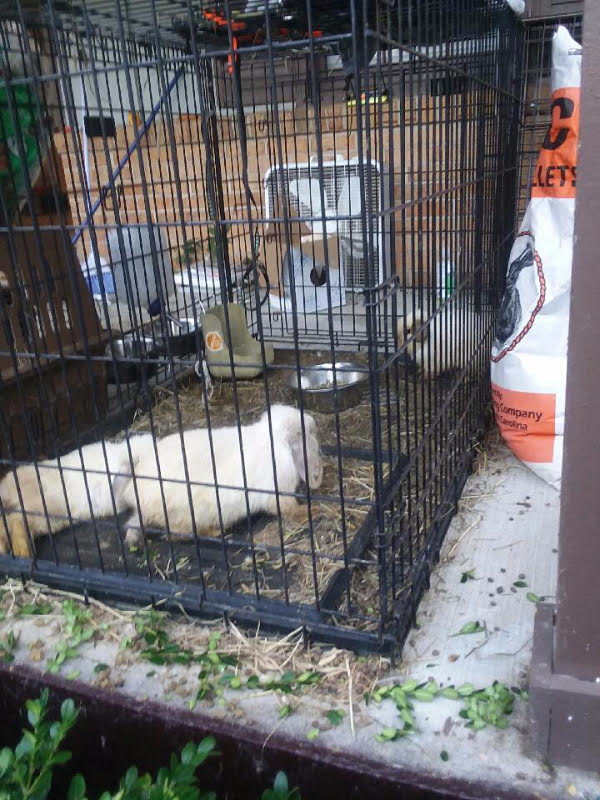 Shocked by the condition the sweet creatures had been left in, she immediately went to their aid.

2 of them were in relatively good health, and the woman managed to find them new homes with families who could give them the care they needed to recover from their ordeal.

The third, however, was extremely ill and wouldn't have survived much longer if the woman hadn't rescued him. To save the skinny rabbit, she called the Georgia House Rabbit Society, who went to the house straight away. Jennifer McGee, the shelter's director, told The Dodo:

They were just in deplorable conditions. It didn’t look like the crate had been cleaned in months, and there were inches of feces and urine in there. The rabbits were malnourished and urine-scalded and missing fur from fighting with each other. 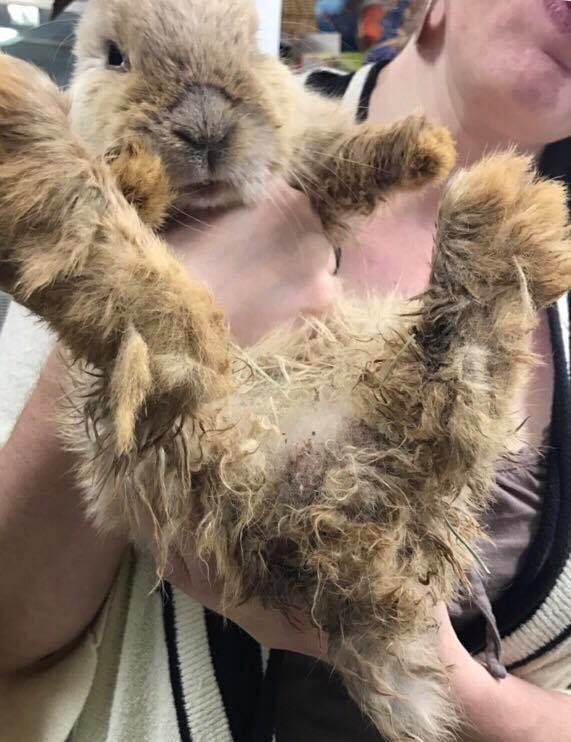 The little rabbit, named Gnocchi, was covered in feces and had severely overgrown teeth, which stopped him from being able to eat. McGee continued:

Sadly, the veterinarian who looked at Gnocchi came to the conclusion that the best thing to do would be to remove the overgrown teeth entirely instead of simply cutting them, which would only be a temporary solution. 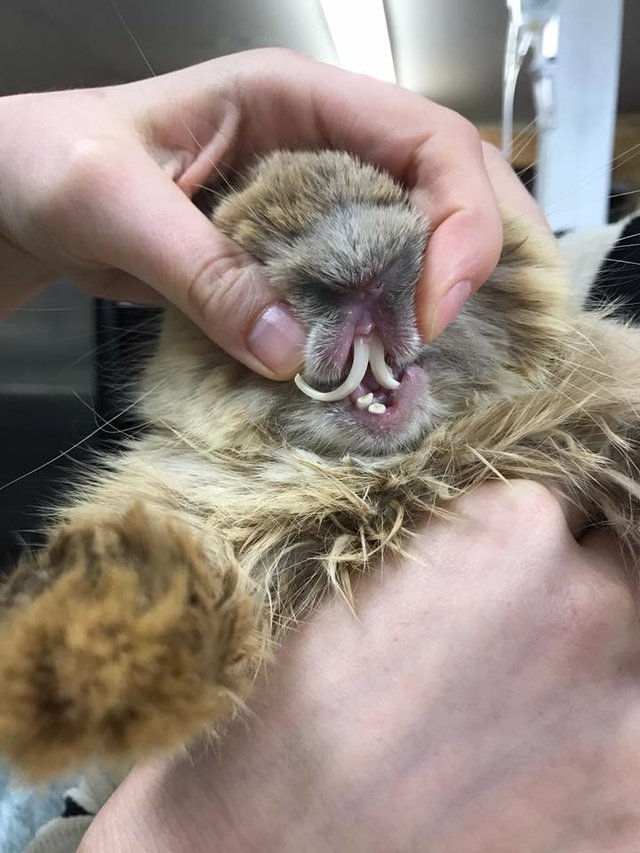 Despite the long, expensive and potentially traumatizing operation, Gnocchi has been able to show his true character since his recovery:

He was eating like he’d never eaten before. He was so happy to have those teeth removed — he ate nonstop for like an hour. 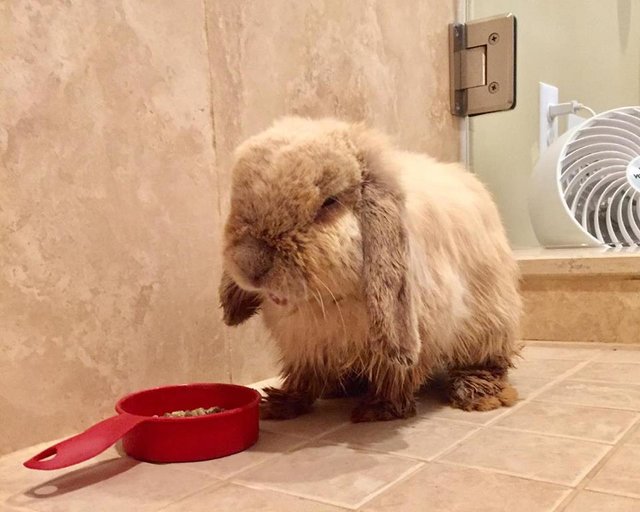 In addition to eating very happily, he has become a very affectionate bunny:

Most rabbits don’t like to be picked up and held because they’re prey animals, and they associate that with, ‘Oh God, I’m about to be eaten by a predator. But not him — he would spend the whole day in your lap or in your hoodie. That’s all he wants — to be loved. He’s just a happy little guy. What happened to him was nothing that he deserved, and we are certainly spoiling him, and we’ll make sure that whoever adopts him continues to do so. 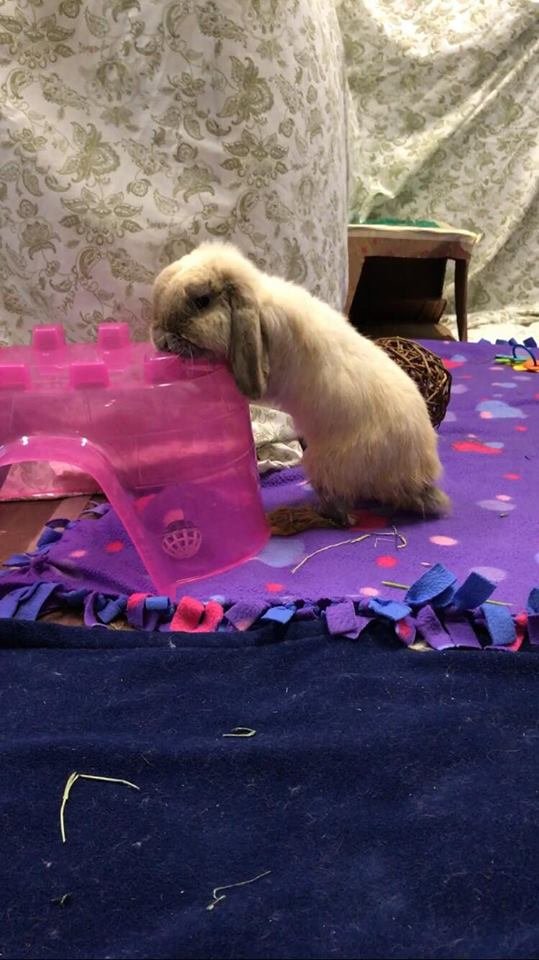 Gnocchi is steadily gaining more strength and will stay at the Georgia House Rabbit Society until he can be out up for adoption. To support their very important work, click here to make a donation, or even apply to adopt a bunny of your own!