In a sport where milliseconds can make or break you, one driver made a big difference and saved an animal's life by making a split-second decision to slow down.

On June 29th, The Dodo reported that racing driver Yannick Mettler had managed to brake, swerve and avoid killing a squirrel after she ran out onto the racetrack he was driving on.

The incident happened while Mettler, a BMW driver for FK Performance, was in the middle of a race at the Nürburgring track in Germany and going at over 100 mph. Despite this, he explained that the decision was simple:

In these moments you don't have time to decide, you just react. It's a natural instinct of mine to avoid any living creature (without overreacting, of course, because this could put others in danger). I don't know why, but I've always managed to avoid any animal, even on the road when I drive at night sometimes. I definitely do have a heart for animals, so I guess that's part of the reason.

Even after slowing for the tiny creature, Mettler still managed to win his race and has been praised extensively online by animal-lovers from around the world. 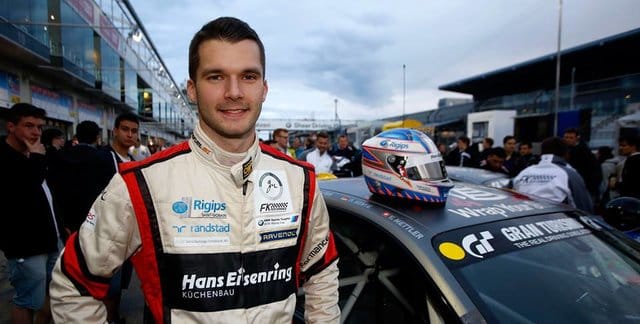 Thanks to Mettler's quick thinking and compassion, the risk-taking rodent managed to dart across the tarmac and into the grass on the other side of the road completely unharmed (but perhaps a bit less likely to do it again).

Watch the video of the narrow escape below: