Michael Chour has been rescuing dogs in South East Asia for over 13 years, but he is still moved by each and every dog that he saves, and when he came across Lucky, a desperate puppy, outside of a restaurant in Cambodia, this was no different. 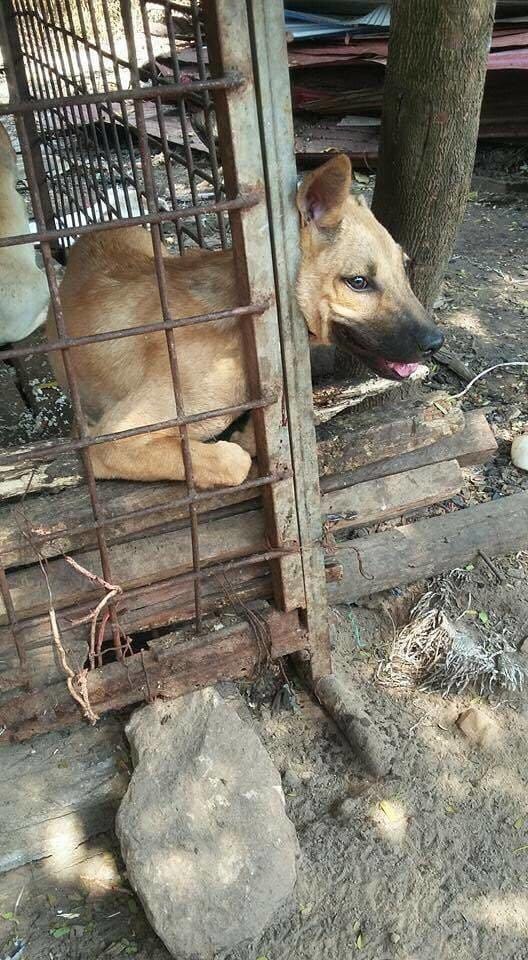 The seasoned rescuer stumbled across the dog when he was traveling around Cambodia on a mission to convince restaurant owners who sell dog meat to close their businesses.

When he found the tiny four-month-old puppy with his head stuck between the cold metal bars of his small cage, the man knew that he had to save him.

Slowly and carefully, Chour was able to move the dog's head out of the bars, helping to make him at least a little more comfortable. 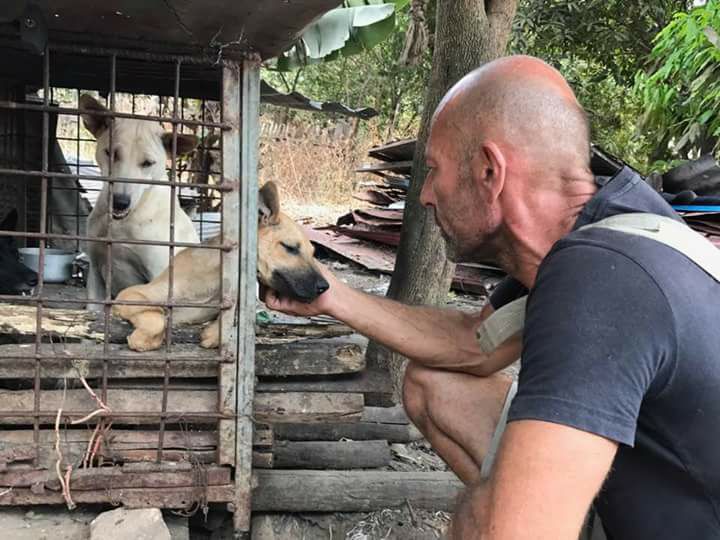 However, the man knew that his job was not over. The dogs outside of the restaurant were simply waiting to be slaughtered for their meat. He explained to The Dodo that they must have been terrified:

They hear the screams from others being tortured and slaughtered.

Amazingly, the determined man managed to talk the restaurant owner into surrendering Lucky to him but sadly had to leave the other dogs behind.

The puppy was terrified at first, but with some love and kisses he finally began to relax and realized that he had finally been rescued. 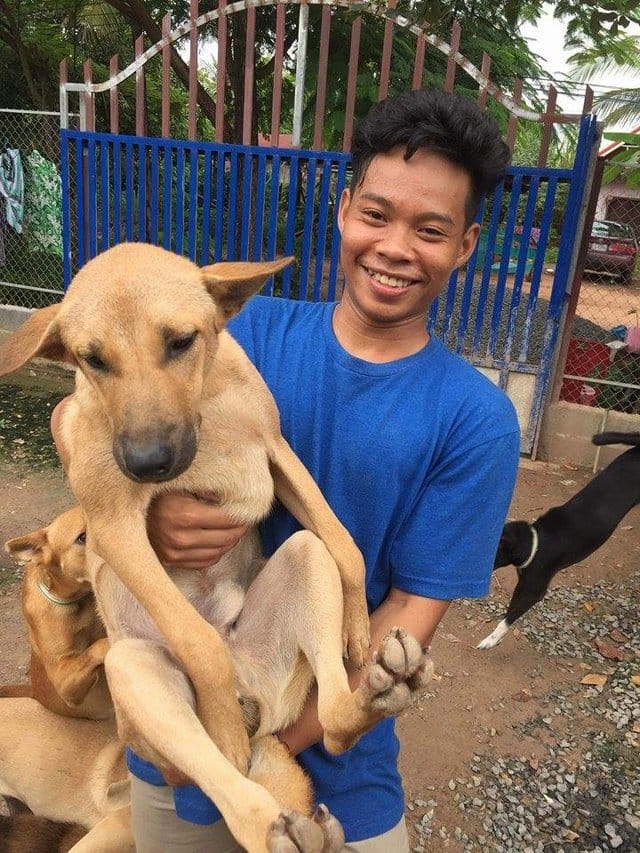 While Chour has already saved numerous lives, his mission is far from over. He is continuing to try and close the restaurant where Lucky was saved and is looking to find the owner alternative work.

The brave man has since rescued another seven dogs from the establishment who are now in foster care.

As for Lucky, the young dog seems to be recovering well from his traumatic start in life and as soon as Chour can open up his own sanctuary, will go to live with him. 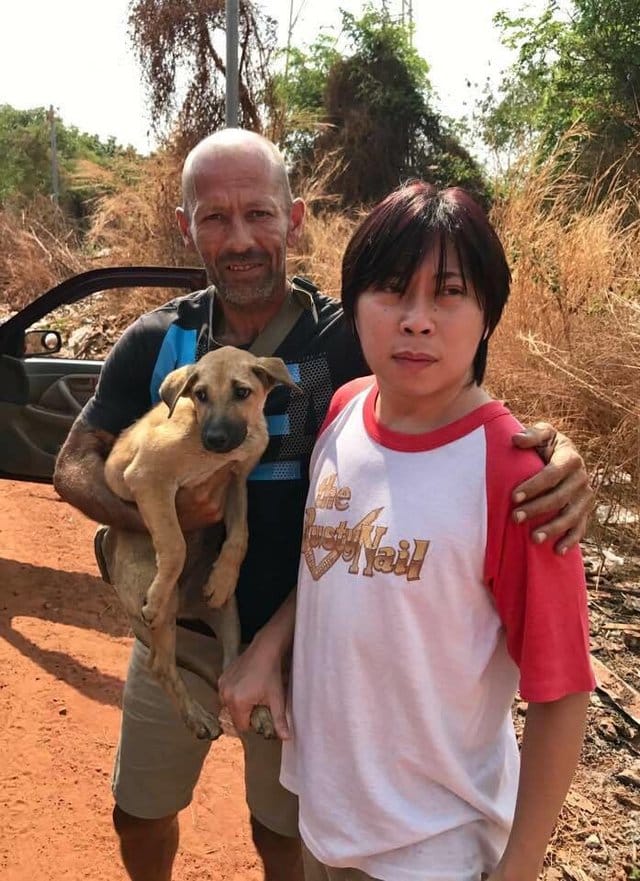 If you would like to support Chour on his mission to save dogs and open a shelter, you can make a donation by clicking here.