When Alexa was brought in to a Texas shelter, rescuers were shocked by her condition. Her skin was hairless and bled anytime it was touched, and craziest of all, she was brought in a black garbage bag. 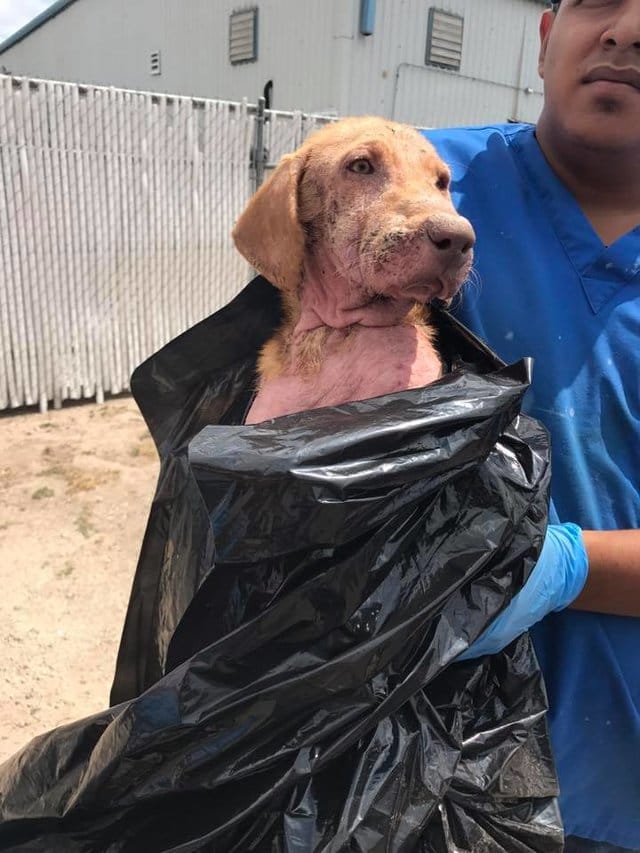 The six-month-old puppy had demodex mange, a skin disease caused by mites that left scabs covering her body.

She had been found by a woman near her house, where she had most likely been dumped by her former owner. She attempted to give Alexa a bath and care for her, but she was covered in fleas and needed more help than she could handle. 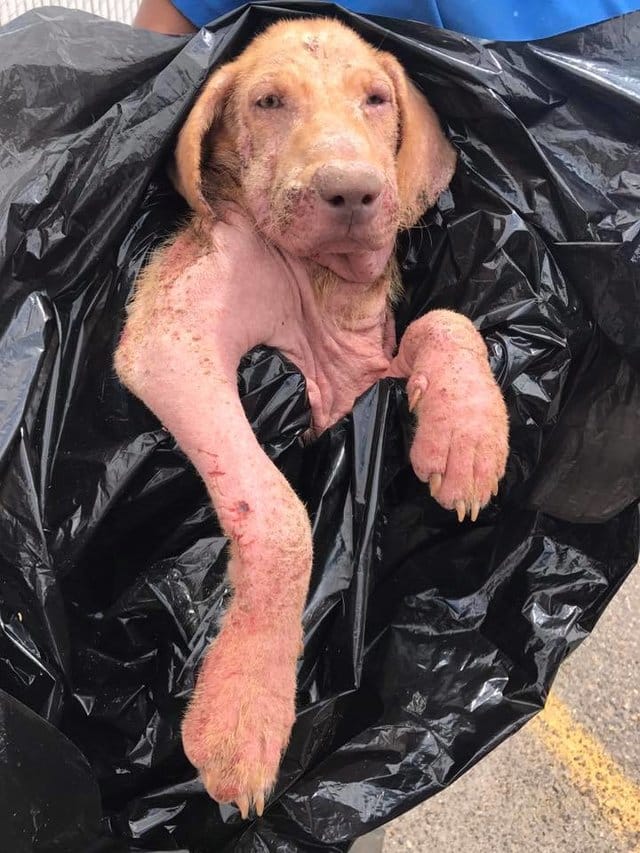 Her story caught the eye of Stacey Silverstein, co-founder of Rescue Dogs Rock in New York.

She got in contact with a volunteer named Leslie Ysuhuaylas, who works in Texas. 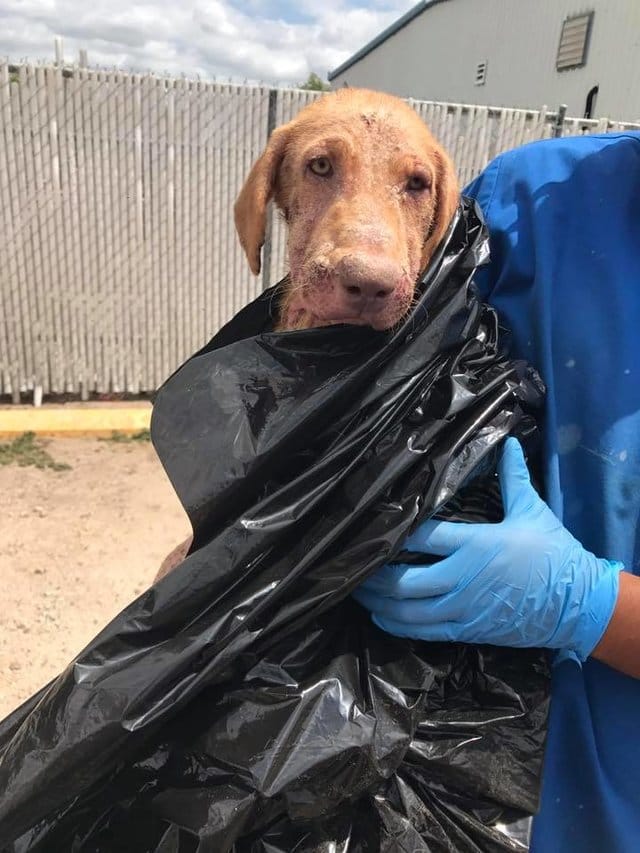 Ysuhuaylas quickly stepped up to the plate and picked up Alexa from the shelter before rushing her to a veterinarian in Dallas.

Her mange was so severe that they were surprised she's still alive.

This didn’t just happen overnight. This takes months to happen, especially with a severe case like this. […] Most dogs die when they get [mange] that severe. 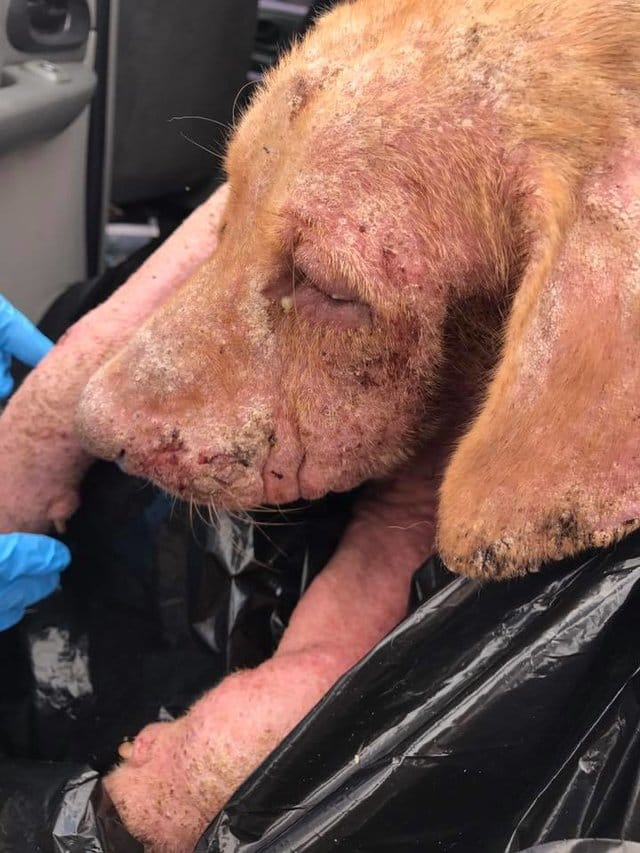 Despite the odds, Alexa is still fighting. She is responding well to treatment and is loving all the attention.

As soon as she was well enough to travel, the pooch made the journey to New York City, where she is officially up for adoption. 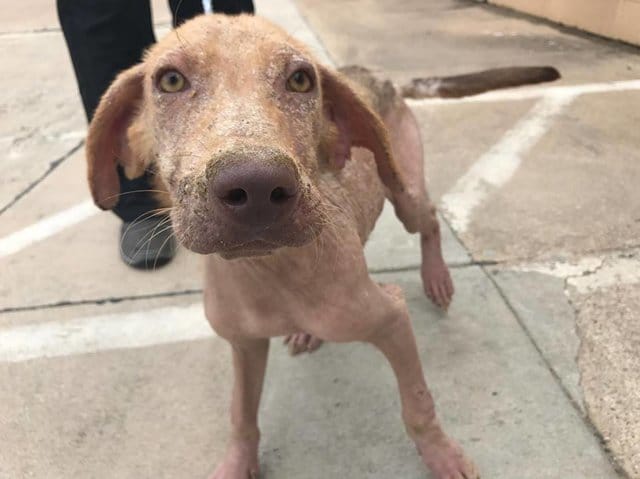 Her fur has even started to grow back and she looks completely transformed! 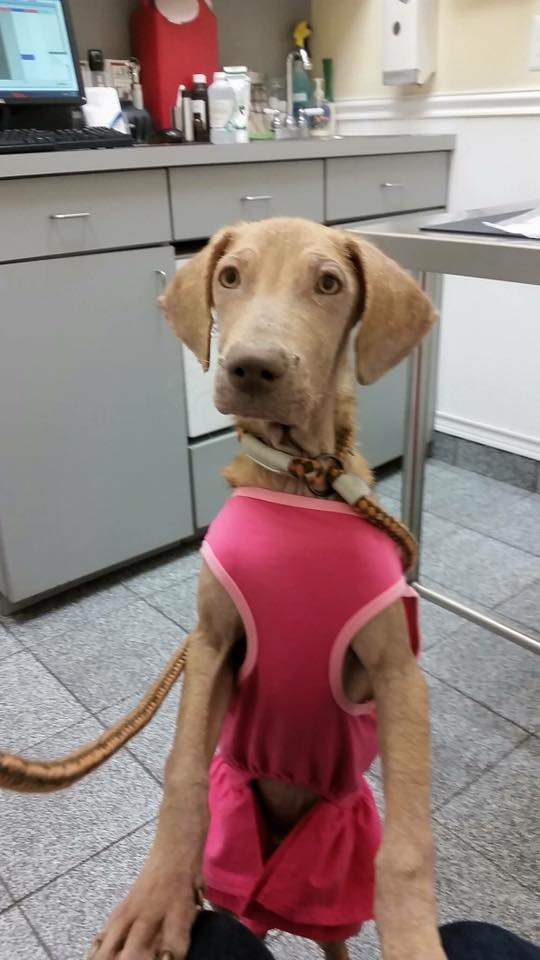 If you would like to apply to adopt Alexa, you can fill out an application, here.