Dudley was found with severe burns in Lenoir County, North Carolina on January 17.

The puppy is only 10 to 12 weeks old, and has already suffered so much in his short life. He wandered onto a local property, where the owners quickly called the authorities upon seeing his heartbreaking state. 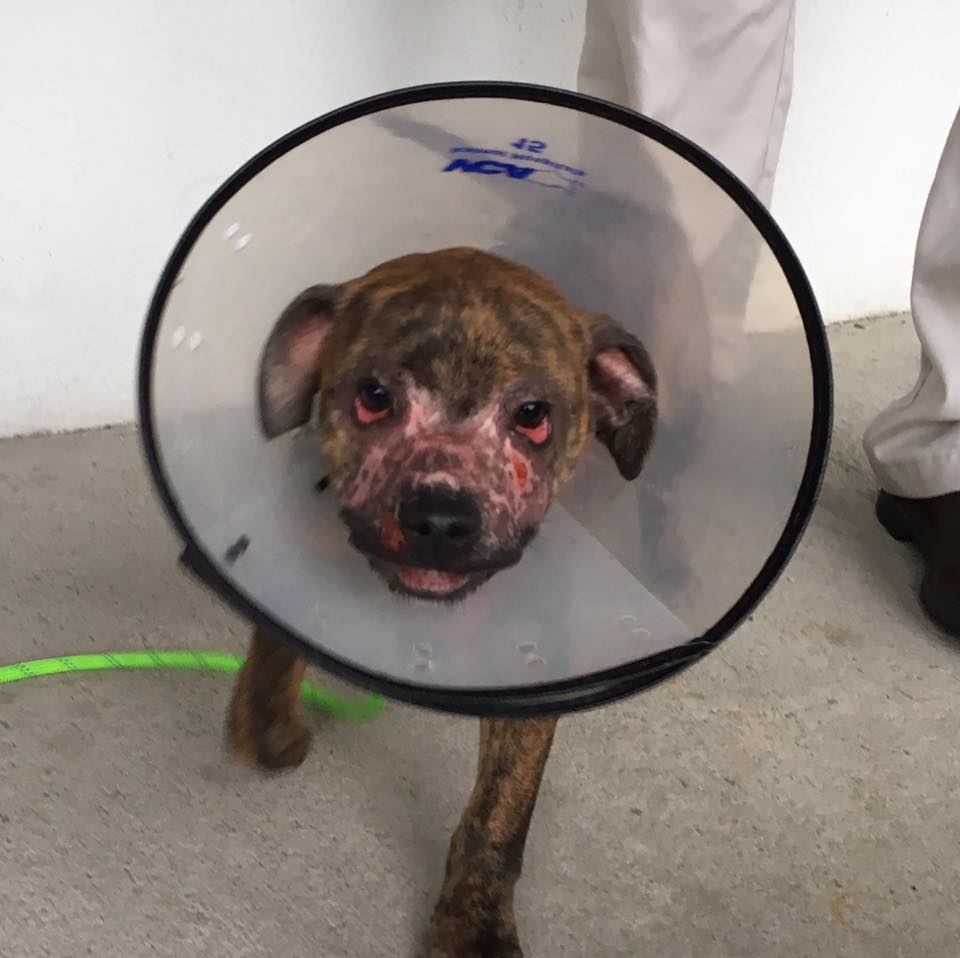 Pawfect Match Rescue took in the adorable baby Pit Bull and has been handling his medical care.

He has received pain medication, antibiotics, and burn cream. Despite the severity of his injuries, he miraculously has no issues with his eyesight or hearing. 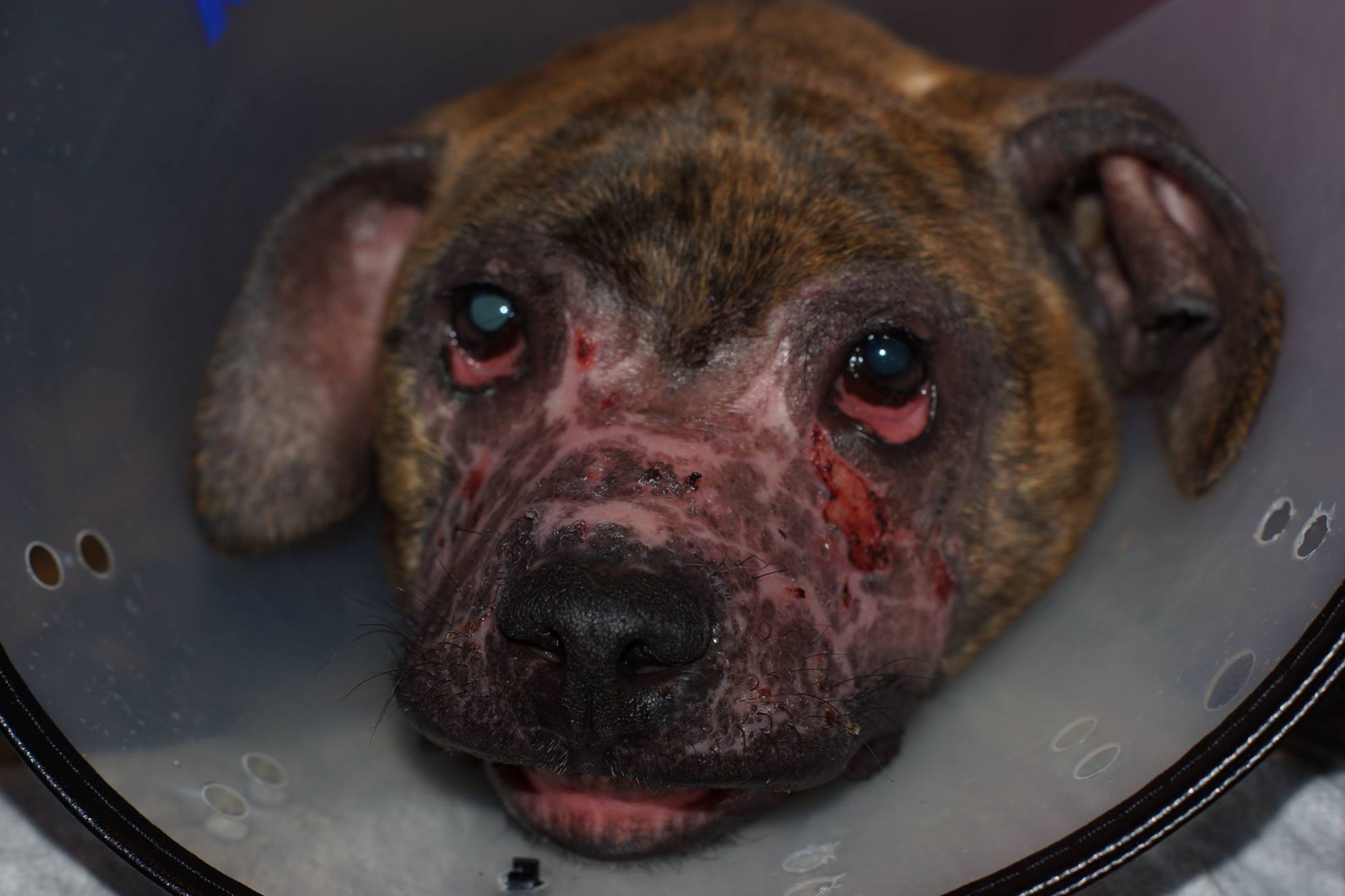 They are unsure what could have caused his burns, but theories range from boiling water, caustic substances, to a blowtorch.

Surely there is a front row seat in hell for whoever did this to this puppy. 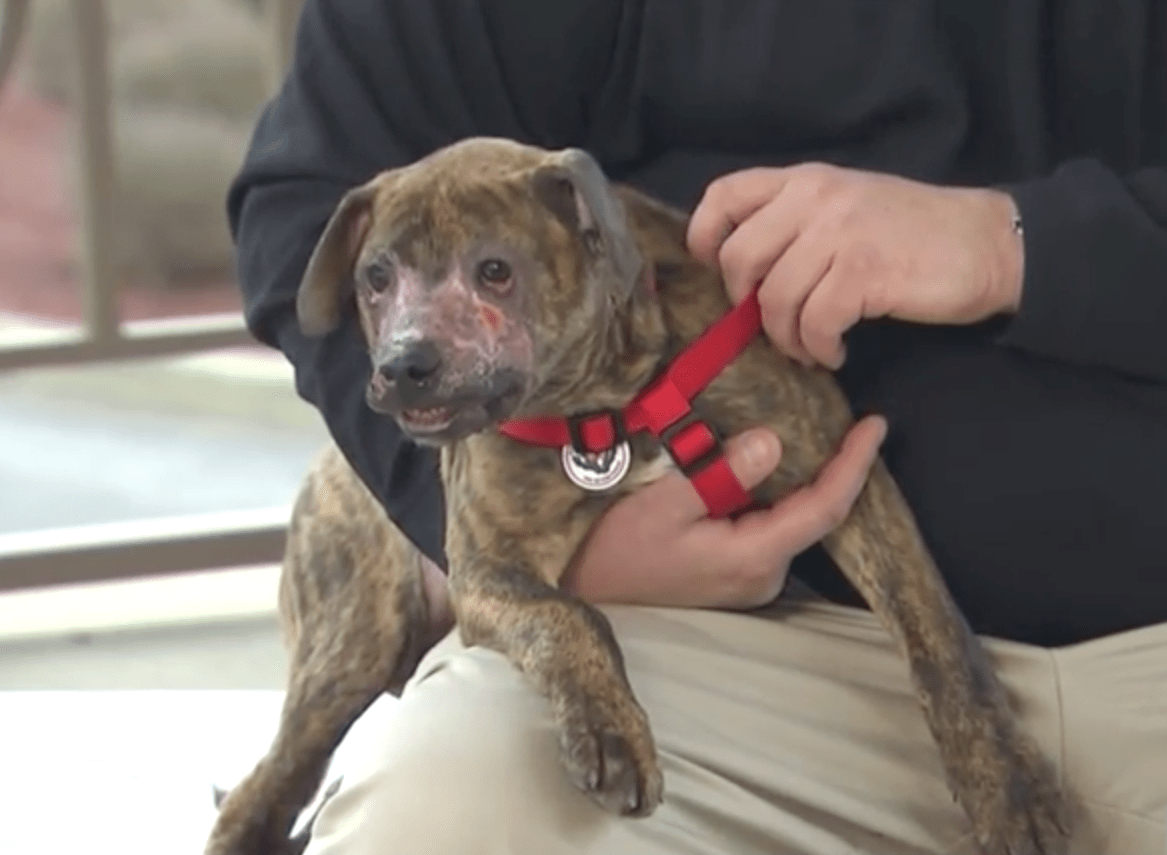 He still has some drooping issues with his lower eyelids, which will be monitored, but in general, this is one lucky dog, due to the lack of complications.

Dudley is recovering well and is enjoying being with his new foster family. He loves giving kisses, and his tail hasn't stopped wagging.

The sweet pup has made an impact on everyone he has met. Despite his traumatic past, this dog is as happy and healthy as he can be. He loves people and dogs alike and always looks to spread that joy to others. 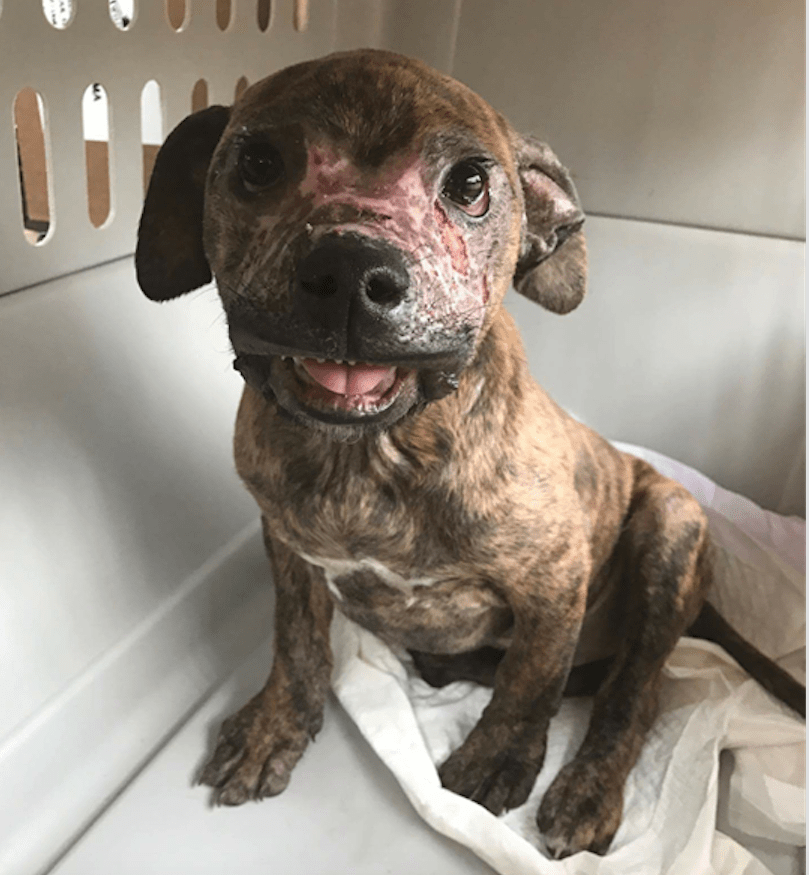 His foster dad can't help but well up with tears as he explained what he wanted for Dudley to WRAL news:

Dudley has grown quite a fanbase since his story was shared by the rescue organization, and he will no doubt have people lining up around the block to adopt him. 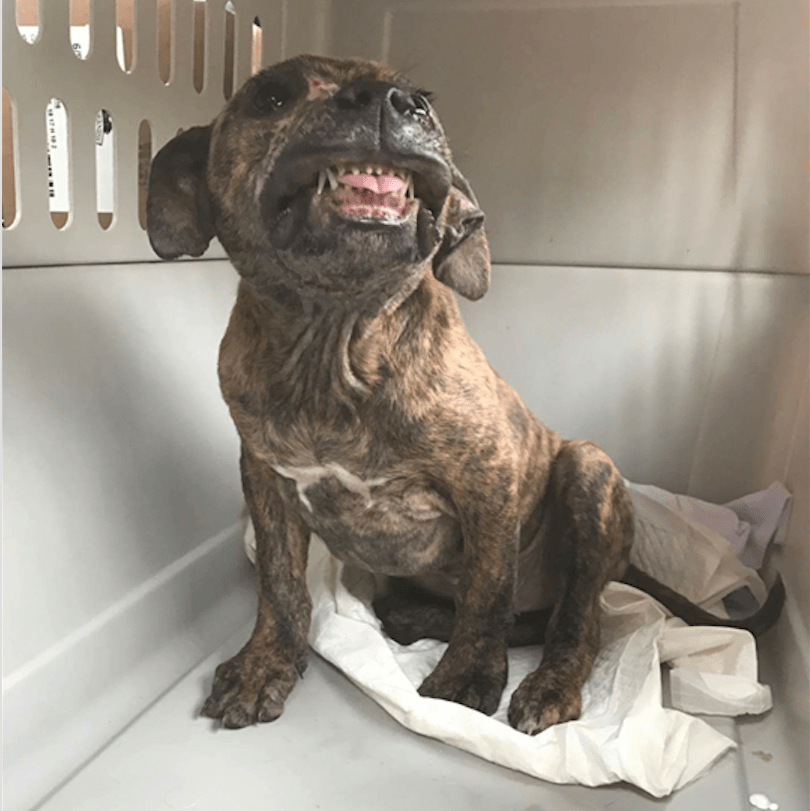 But for now, his focus will be on healing as much as possible with the goal of being put up for adoption in a month or two.

If you would like to follow along with Dudley's updates, you can do so on Pawfect Match's Facebook page. You can also donate to help the dogs in their care here.