A city worker in River Rouge, Michigan, made a shocking discovery in early June. He was out mowing the grass when he came across an injured and weak dog, cruelly abandoned in a trash can. 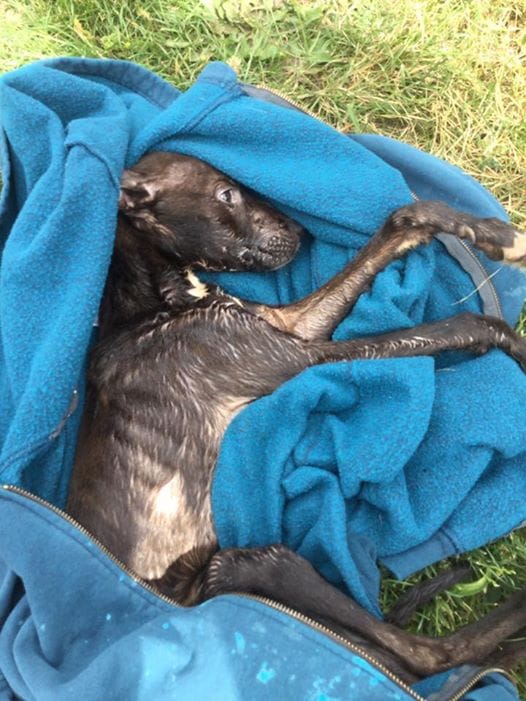 The DPW worker, determined to help, made a frantic call to River Rouge Animal Shelter. He managed to contact Patricia Trevino who immediately set off to save the animal.

It was clear that the dog's situation was critical, so Trevino rushed him to the nearest veterinary clinic where it was determined that he was only about four months old. He was extremely underweight, weighing only around 10 pounds. 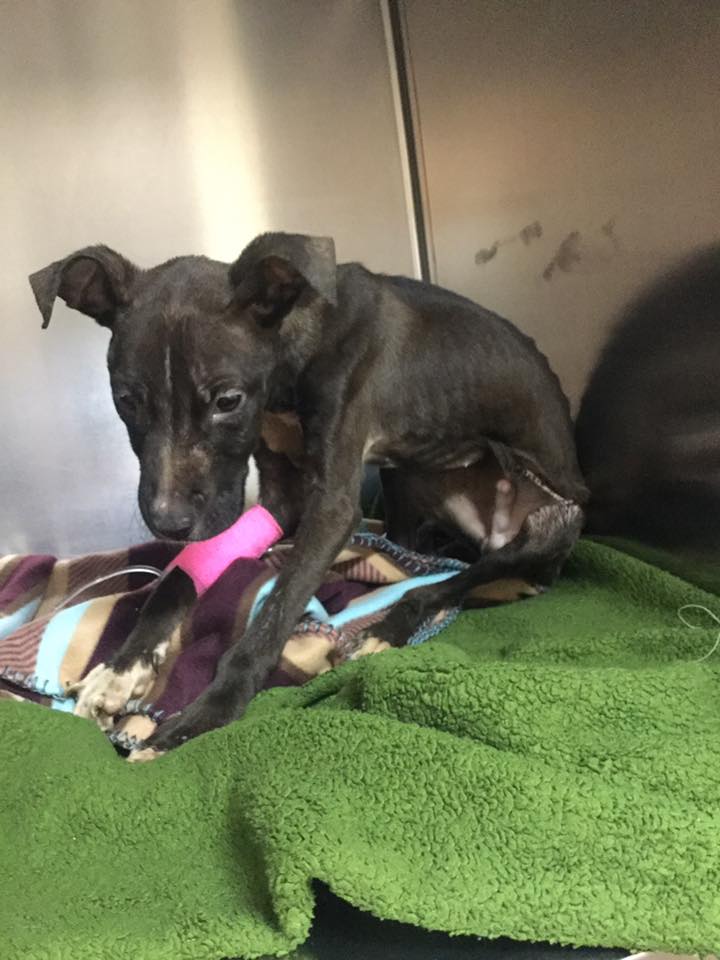 It is unclear how long the puppy was forced to endure the terrible, hot conditions of the dumpster, but it is clear that he would not have survived much longer if help hadn't arrived.

Trevino posted a shocking photo of the canine, whom she later called Aaron on her Facebook page in the hopes of finding someone to help the poor dog. Luckily, that post made its way to Gretchen Sommer of Lucky Day Animal Rescue. 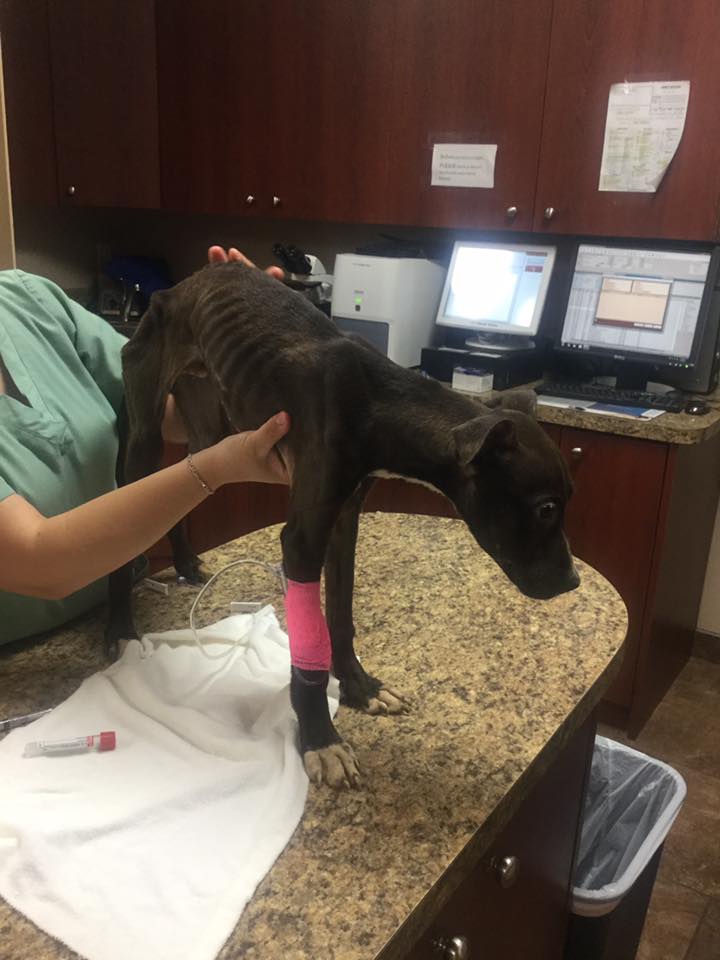 Shocked by the tiny animal's condition, Sommer knew that she had to help and quickly made her way to the animal hospital. She described her horror on Facebook:

When we first saw Aaron's picture […] it made us feel nauseous. How could someone be that evil??? How could someone mistreat this sweet puppy then throw him in a dumpster. They discarded him like trash after mistreating him so terribly.

After a few days of intensive treatment, Aaron's condition began to stabilise and he was strong enough to be transferred to Sommer's shelter, where she was more than ready to give the puppy all the love and care he deserved. 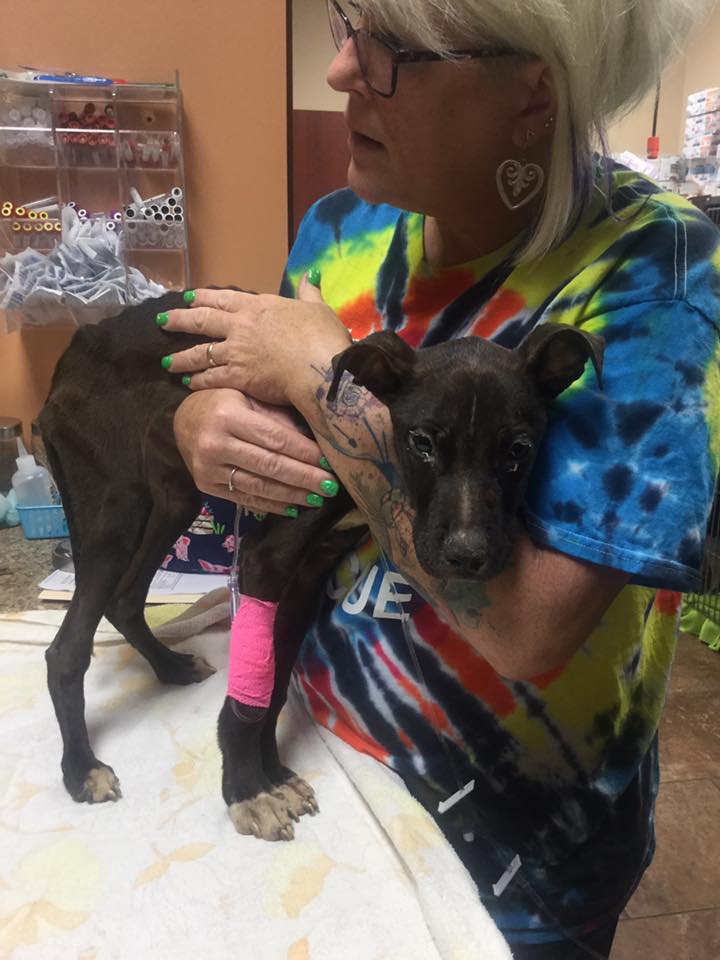 Since his arrival, the little dog has come on leaps and bounds to recover. He is slowly getting stronger and in around one month has more than doubled his body weight, reaching 25 pounds.

While he still has a long way to go on the long road to recovery, Aaron has already become so much happier and full of life. Sommer described to The Dodo:

He’s really livened up. The first day when he came, he was kind of subdued and he didn’t act like a puppy — he acted more like an old dog. But now he’s really getting that spunk and that puppyhood where he’s running around, doing crazy things, which is good to see. 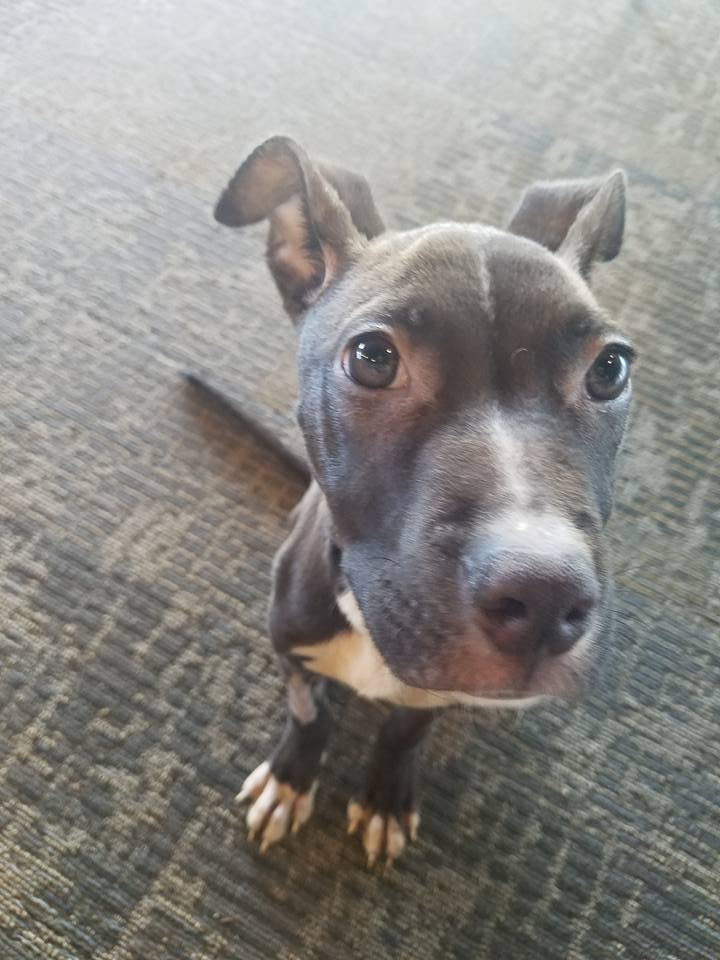 Despite the trauma and neglect that this puppy endured, he continues to trust humans and should be able to go on to lead a long, happy and healthy life.

If you would like to support Lucky Day Animal Rescue where Aaron is continuing his recovery, you can make a donation to help them to continue their amazing work by clicking here. 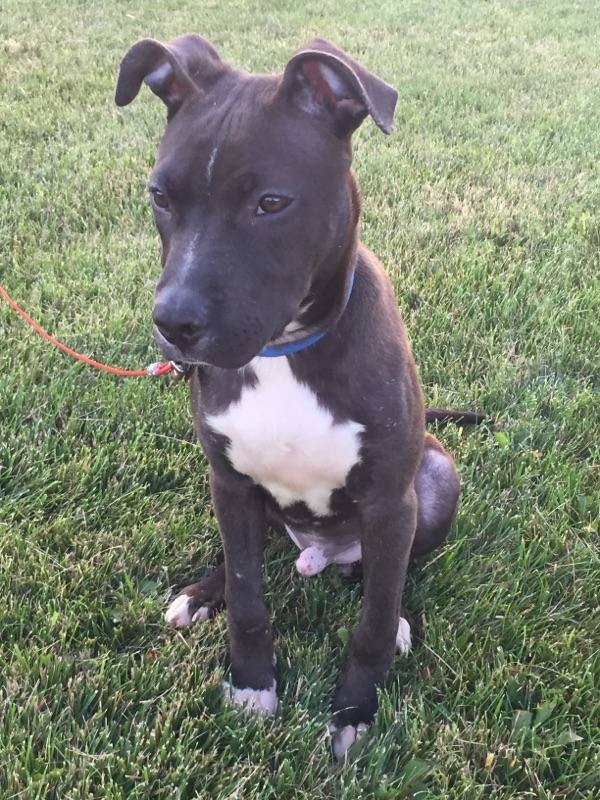