On Friday May 22, people visiting a city park in Chillicothe, Ohio, made a heartbreaking discovery. Abandoned inside a locked wire cage that someone had left on the ground, sat a puppy, upset and alone. The only signs of her owner were the handwritten messages scrawled onto her skin in black permanent marker. 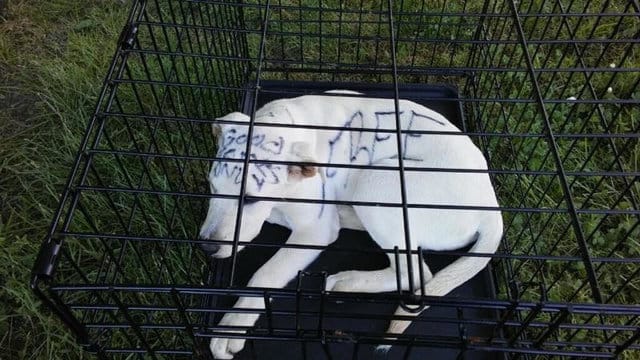 Written all across her side were the words "Free", and "Good home only" while on the other side, "I am a gift from God" was written. Upon finding the puppy, the people immediately called police, and she was brought to Ross County Humane Society soon after. According to The Dodo, upon seeing the puppy, Monica Denney, the kennel manager, said:

We were all pretty stunned about it. I’ve worked here for three years and have seen quite a lot of terrible things … but I’ve never seen anything like this. 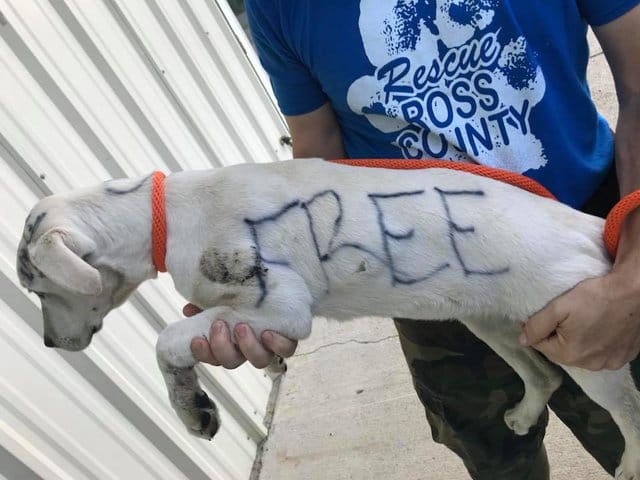 Thankfully, despite being covered in marker, the five month old pup appeared to be in good health. The staff at the shelter decided to name her Marvella, the name in French meaning "miracle". 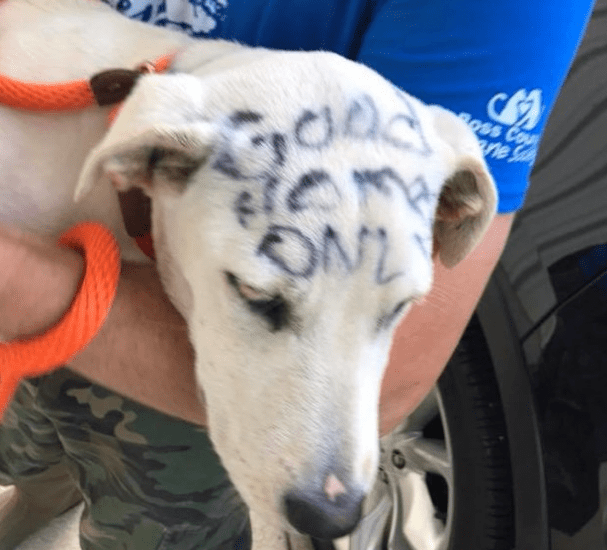 After a good scrub, the marker was finally washed away from her fur and soon enough, Marvella perked up and began to finally live the puppy life she deserved. She is now up for adoption and Denney is certain it won't take her long to find her forever home, with a "crazy" amount of applications coming in her for already. Denney said:

She’s a really sweet, friendly dog. She didn’t deserve to be left like that. No animal does. 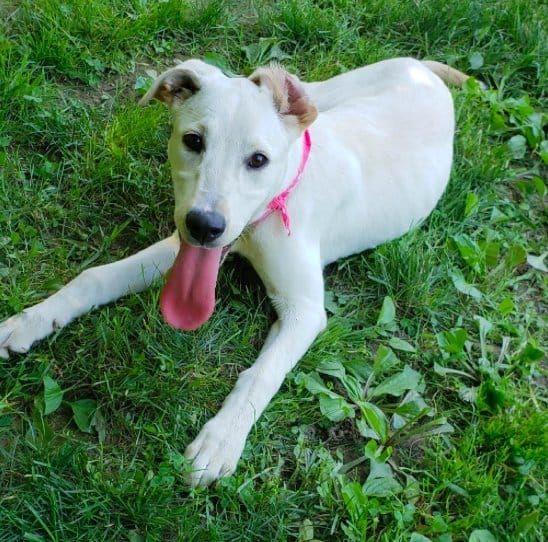 An police investigation was launched into her original owner who has subsequently been found and will most likely face charges very soon. Denney said:

At first we were like, ‘What kind of person would do this?. I think maybe they didn’t think we would end up with the dog and share her story so widely like we have. People from all across the country know about her now.