Riddled with mange with nothing but an old tire to call home, this little puppy had every reason not to smile…but smile she did.

When workers at a warehouse near Memphis, Tennessee, saw the tiny puppy hiding out near their job for a few days, they started leaving food out for her. Despite being too shy to let the workers come close to her, she still managed a smile from inside the tire. They took her picture and posted it online to see if anyone could help.

Michella Quina, foster coordinator for Streetdog Foundation, rushed out immediately after seeing the pictures as she knew the puppy could be in danger if she got spooked and ran into the nearby road, which was always very busy with trucks from the warehouse. She said to The Dodo:

We went out there and she was curled up on the side of the road on a little pink blanket. She was just a little peanut. We went to go get her and she sprinted back to the tires and hid inside, but from there we were finally able to catch her. 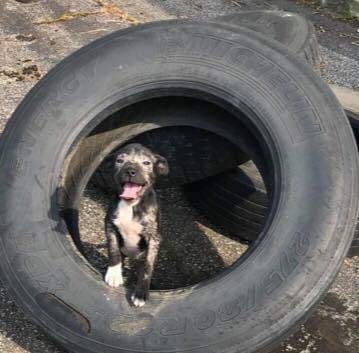 Her rescuers decided to name her Panama after the name of the street she was found on. She was immediately taken to the vet where it was discovered she had demodex mange and worms. Fortunately, despite the mange being quite advanced, it was not contagious, meaning she wouldn't have to be quarantined. 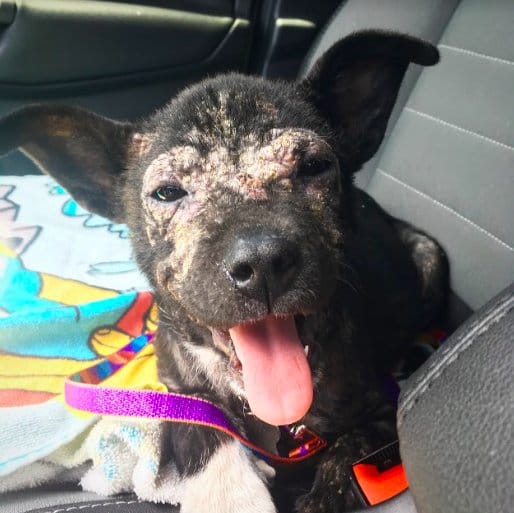 Quina brought her home as a foster and she began her road to recovery. So far, she’s loved playing with Quina’s dogs and meeting every new person who comes to visit her. Quina said:

She’s still very itchy and is losing hair, but she doesn’t let that get her down. She’s been the most happy-go-lucky dog ever. She loves other dogs, cats, people, toys … She’s a really good dog. 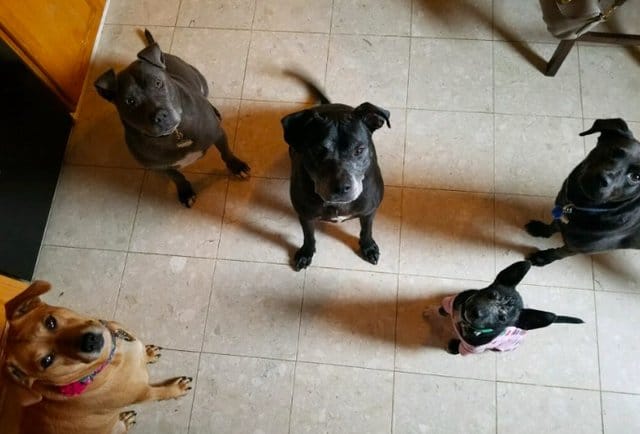 Despite only being 14 weeks old, Panama is almost completely toilet trained which to Quina, is a big giveaway that she was once someone's pet. Quina suspects that "at some point, she got mange and the owners just thought she wasn't worth treating".

Fortunately Panama has now found people who have gone above and beyond to give the help she so needs and deserves. To get her skin cleared up, Panama goes to the vet every few days for a medicated bath. 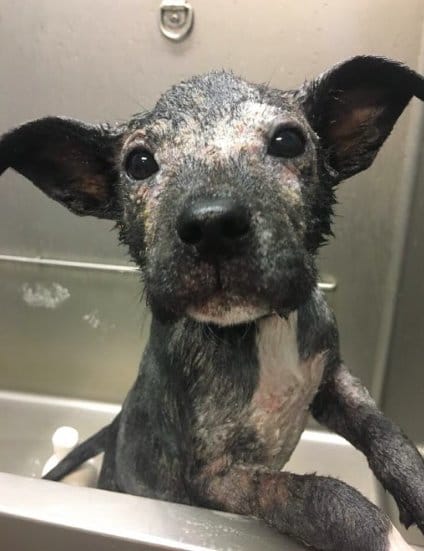 As if she wasn't adorable enough, she's also been sporting brightly-colored onesies to stop her from scratching her sensitive back.

While Panama is far from being healed, it's safe to say the worst is behind her and now she can just enjoy being a pup and flashing that contagious grin of hers. She will be available as a foster-to-adopt in the coming weeks to a family who can keep up with her regular medication and vet appointments. 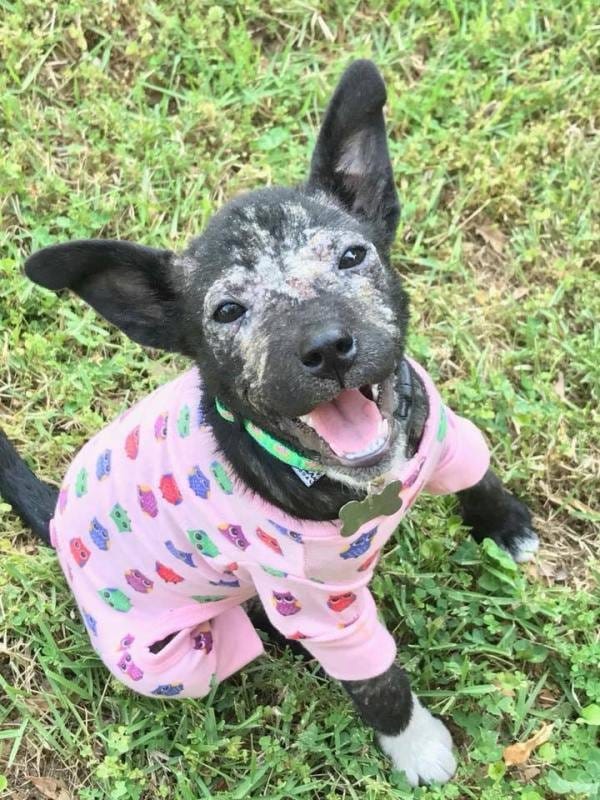 Quina says that "she's got a lot of personality for such a little girl" and knows that "she won't have any trouble finding the perfect home".

If you would like to help more dogs like Panama find the homes they deserve, you can make a donation to Streetdog Foundation.