Dory the Pit Bull had a tough existence.

The adorable dog lived a life of misery, chained up outside by her owners in Florida and allowed no further than the four foot radius that her heavy chain permitted. 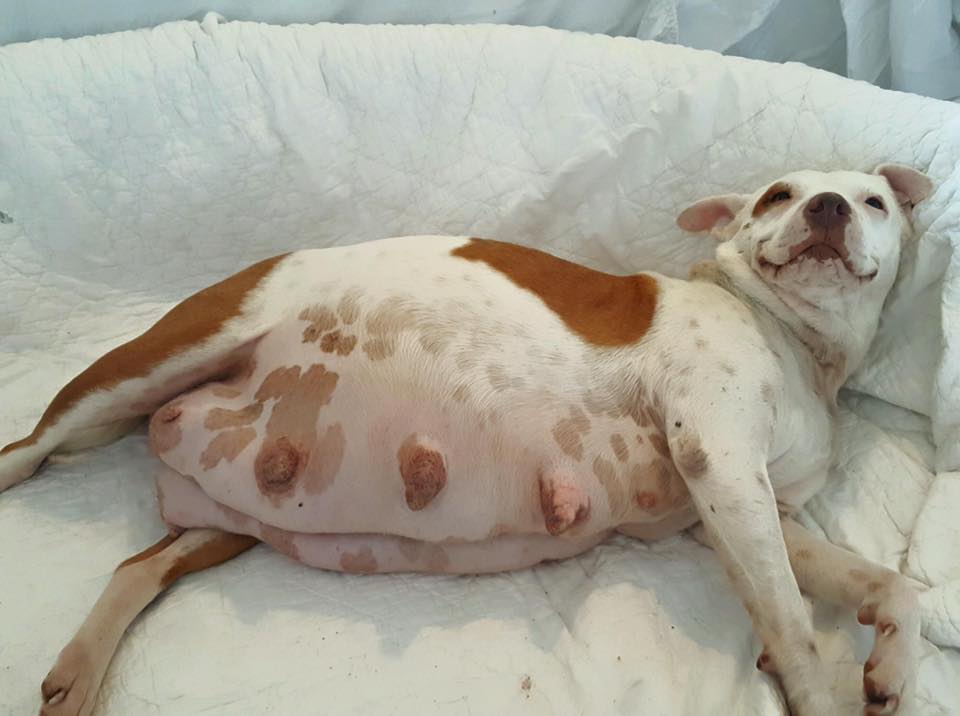 Not only this: her owners used her exclusively for breeding, getting her pregnant again and again and forcing her to watch some of her own babies dying.

Luckily, help arrived just in time. An animal control officer tried to persuade Dory's owners that she needed better treatment, but instead they gave up the pregnant pup to Clewiston Animal Control. 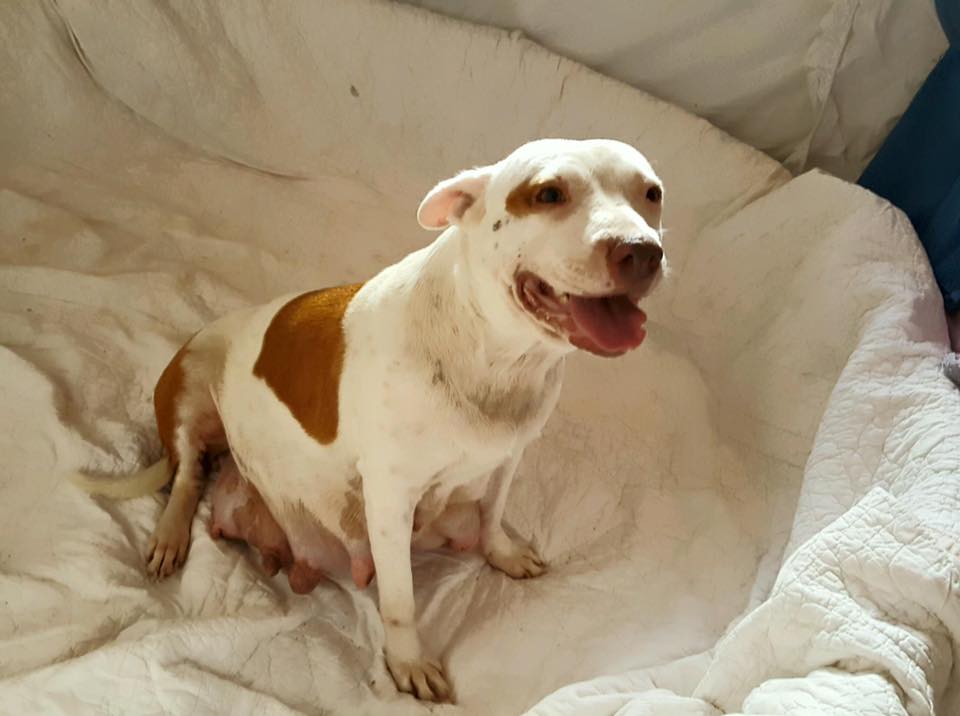 It was a step in the right direction, but Dory was not completely in the clear yet. Clewiston was already packed with pets in need, meaning that Dory might end up being put down due to a lack of space.

But her next saviour arrived: a foster parent in the area heard that the pregnant dog needed help and got in touch with the Big Hearts For Big Dogs Rescue. 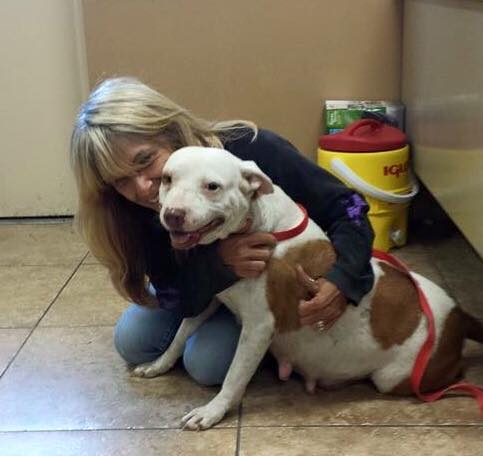 With the sponsorship of this group, this woman welcomed Dory into her home.

For the first and last time, Dory gave birth in a caring, affectionate environment. She had eight little puppies on June 24, who are planned to be named after other characters from Finding Nemo – naturally!

Dory is relaxing in the comfort of her foster home and looking after her babies. 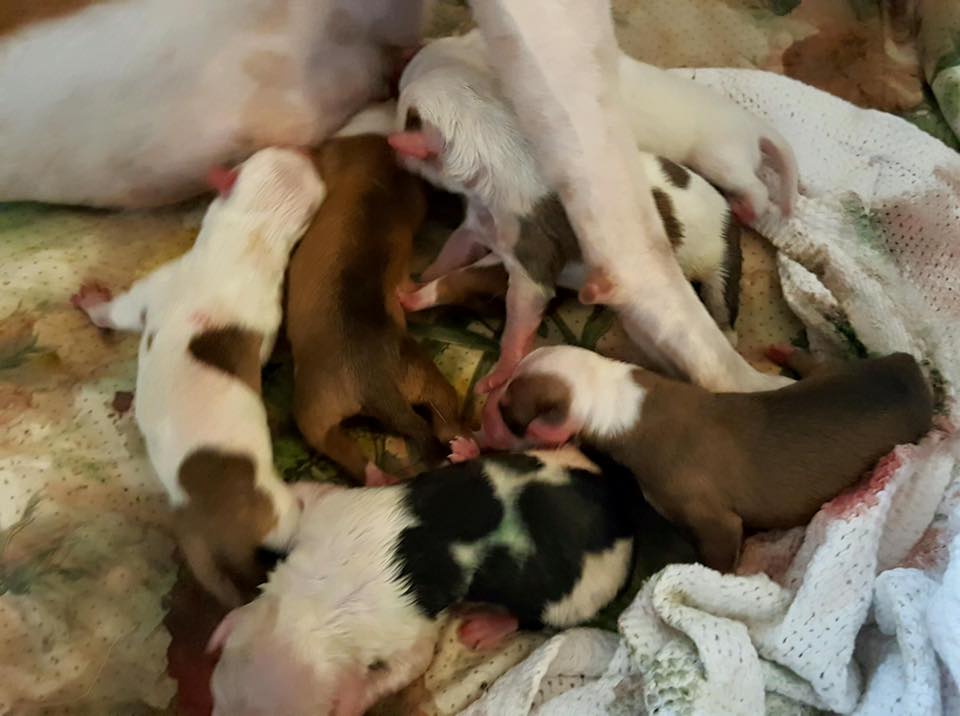 Sadly, one of her pups was weak and passed away on July 2. The others will go up for adoption when they are ready to leave, along with Dory once she has been spayed.

Check out the Big Hearts For Big Dogs Facebook page to follow Dory and her adorable puppies as they grow up, and to find out more about their adoption. 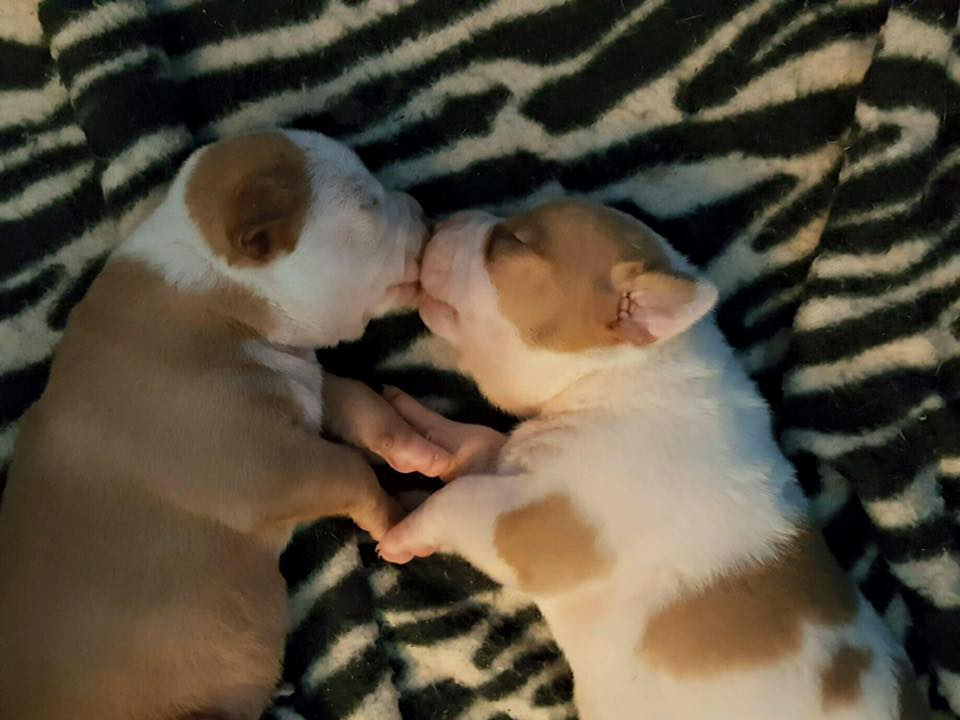 But Dory isn't alone in being neglected. There are shelters all over the world filled with dogs formerly used for breeding who are looking for a happier forever home.

We've said it before and we'll say it again: do not buy puppies, but rescue them instead. And if you want to adopt a dog, it is always kinder to choose an older dog who might not otherwise get a second chance.

Alternatively, you can help support the work of Big Hearts For Big Dog Rescue by making a donation here.