Rescue Dogs Rock NYC is a shelter that does amazing work saving and taking care of neglected and abused dogs. Recently they heard about dogs who were being kept in a wet basement and a lonely shed, and knew they had to intervene, reports The Dodo.

The dogs were isolated and underfed without human contact. Their owner was hesitant to give them up even though they were providing less than the bare minimum of care.

Finally, by some miracle, the rescue team was able to free one dog. Her name was Pocahontas and she was pregnant! She was saved just in time and gave birth to 12 puppies just after her rescue – but only eight survived. 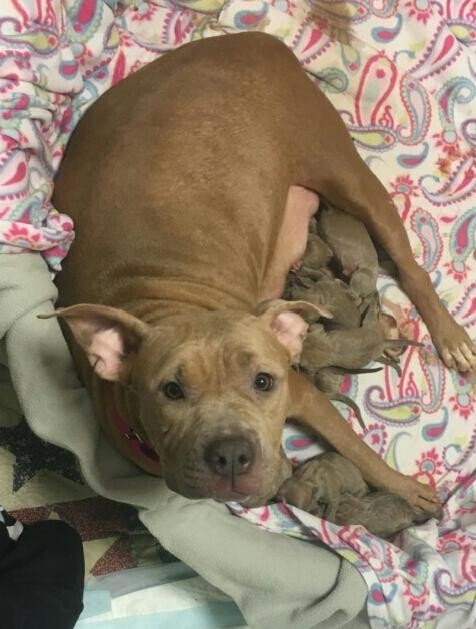 Pocahontas turned out to be a wonderful mother to her puppies, despite being neglected in her past. But the job wasn't finished – there were still more dogs to be saved from these terrible conditions.

The next dog that Rescue Dogs Rock focused on was Queen, who they later found out was Pocahontas' mother! And another amazing surprise awaited them – Queen, too, had a belly full of puppies ready to be delivered! 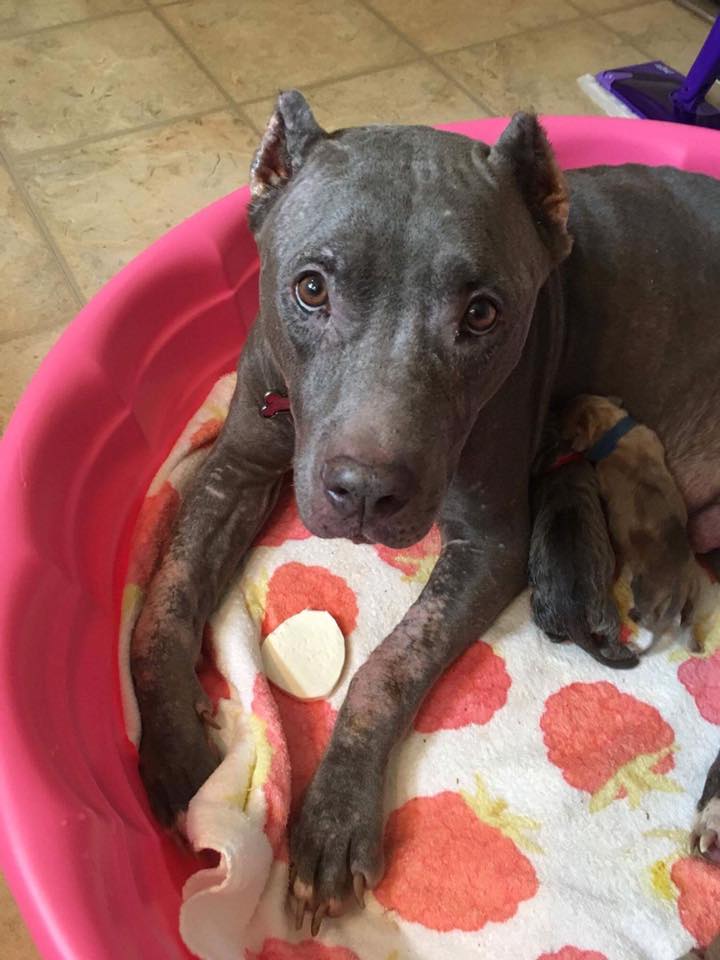 Shortly after her rescue, the dog gave birth to 13 puppies, 11 of whom survived. She proved to be just as good a mom as her daughter – both Queen and Pocahontas show enormous amounts of love and care for their puppies despite being treated in a cold and cruel manner all their lives.

Pocahontas is even being a surrogate mother to eight new puppies whose mother sadly died during childbirth on October 9. 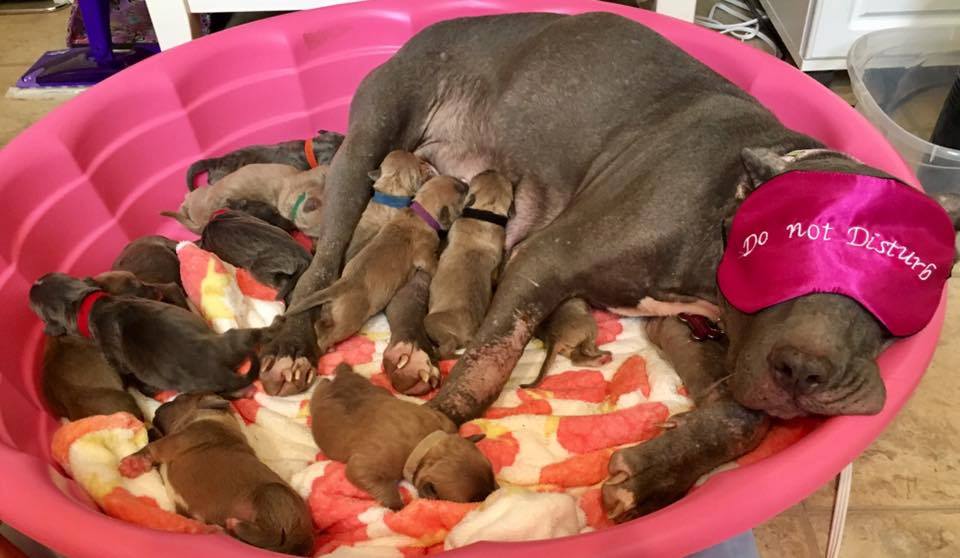 Stacey Silverstein of Rescue Dogs Rock told The Dodo that they are still in the process of trying to rescue the other dogs.

Thanks to their rescuers, the two pups and their families will never have to go back to the flooded basement – they can now find loving homes and be treated with the care they deserve. 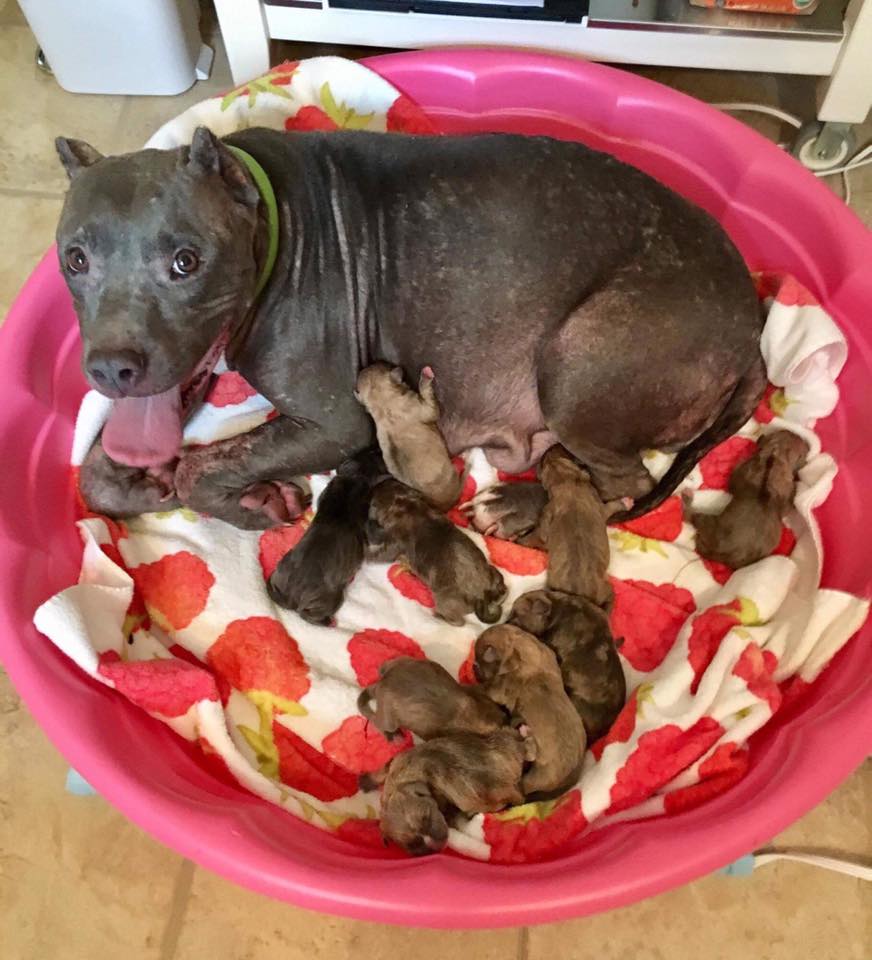 If you're interested in adopting a dog from Rescue Dogs Rock NYC, visit their website and consider giving an abandoned dog a second chance at a happy home.

These two moms… available through Rescue Dogs Rock… AMAZE me with their sweetness!!! Oh… And our Jac loves them too!!!