In the morning of April 25, police officers in West Yorkshire, UK, made a shocking discovery when they searched a property.

On entering the house, they discovered two very poorly five-week-old kittens who had been completely covered in permanent marker. 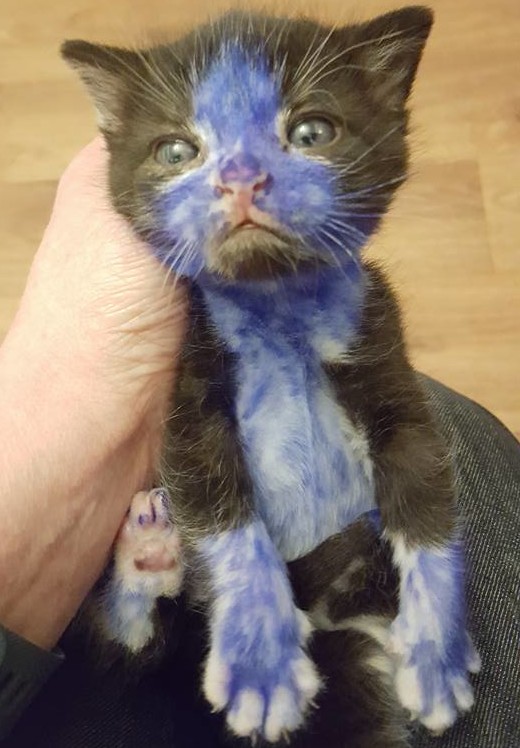 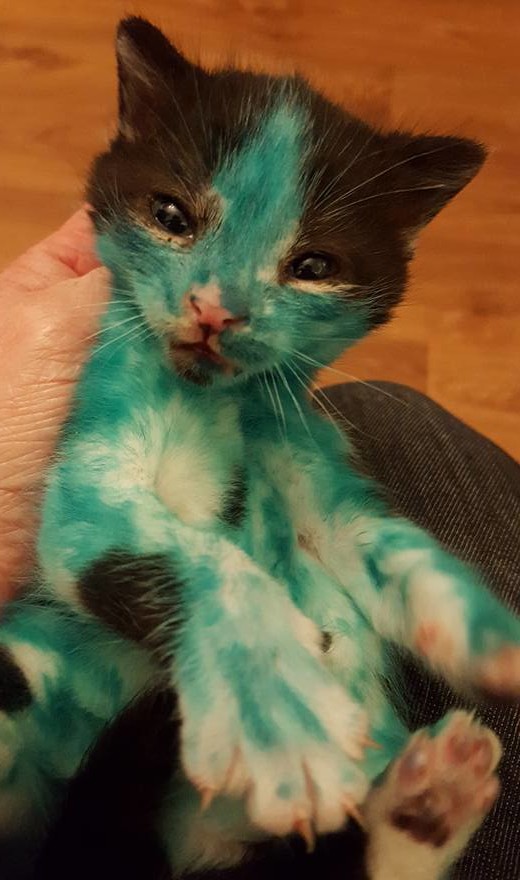 Here at BCWR Kittens we often consider ourselves to be unshockable, we have dealt with most situations but this is a first. 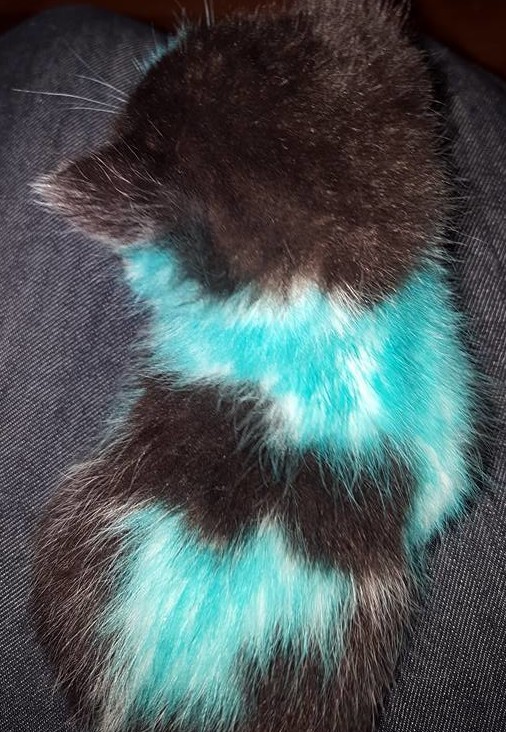 The vets had to act as quickly as possible to remove the substance which was highly toxic.

But it seemed like the two kittens knew they were finally in safe hands, as they were very calm whilst they got given baths to remove as much of the ink as possible.

The feline victims of this horrific act of cruelty have since been named Shrek and Smurf. 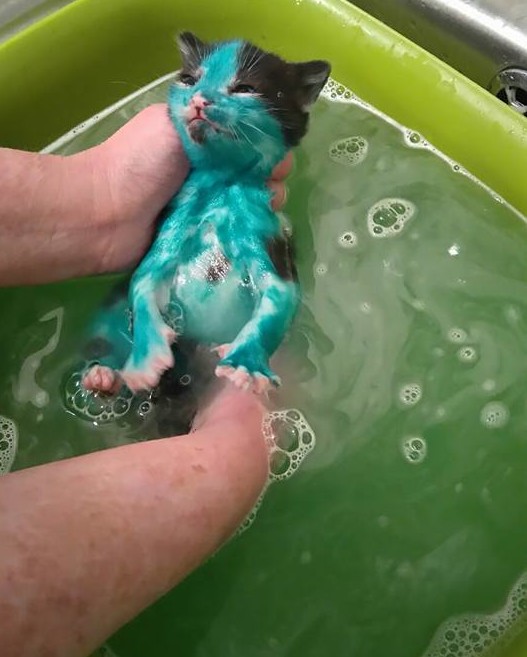 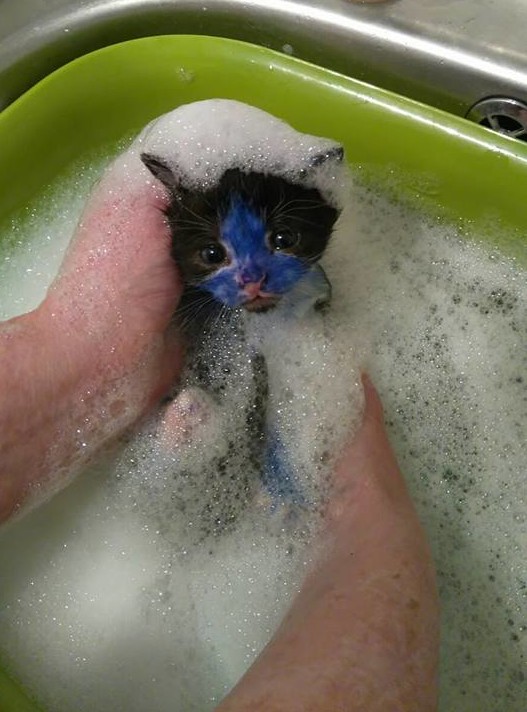 This is a dreadful act of cruelty and who knows what untelling damage this may have caused.We have sought veterinary advice and I have just contacted the poisons unit to ascertain what would be safe to use on them to try to remove the ink.

Shrek and Smurf are having regular baths to slowly try and remove the ink from their fur.

They are being fed lots of milk to give them strength, and of course, they're receiving lots of love and attention.

Once they have fully recovered from their horrific "colouring in" ordeal, they will be put up for adoption. 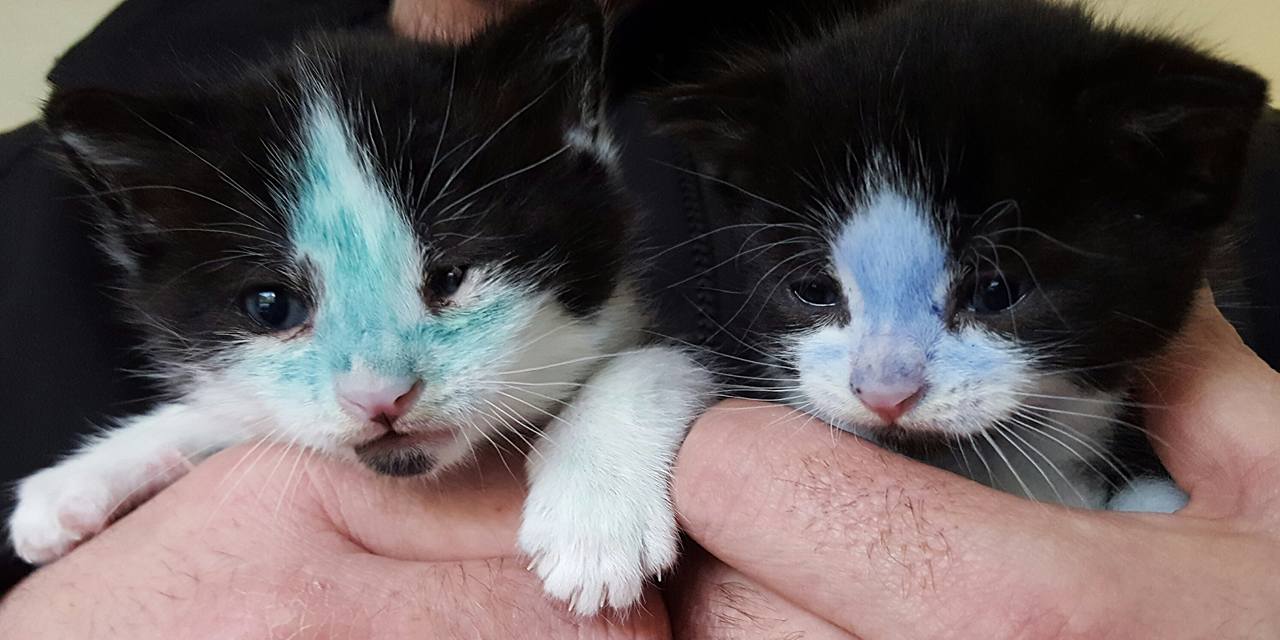 In the meantime, the police have launched an investigation to find the perpetrator of this horrific crime.