In the early hours of the morning, during a routine patrol, Officer Kareem Garibaldi of the Lakeland Police Department, Florida, made a unique discovery. He spotted an adorable little pup roaming the pavements, all alone. 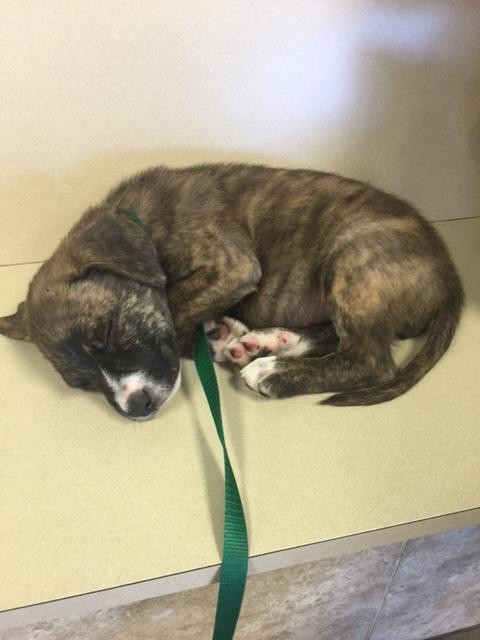 The Pit Bull-Boxer cross wasn't wearing a collar, making it impossible to find his owner quickly. Instead, the officer decided to take him to the police station, and then back home with him when his shift was over.

The next day, the officer tried once more to find the pup's owner, to no avail. The next day, having worked all night, he took him to the hospital for a health check-up. 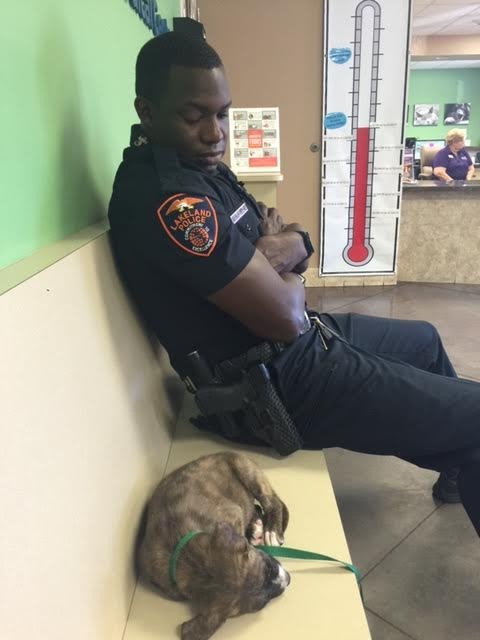 When he arrived at the SPCA Florida, the animal hospital's director Connie Johnson was touched by the sight of the officer and the baby Pit Bull in the waiting room.

He was exhausted, the puppy was exhausted, and they were sleeping. It was one of those moments that just grab your heart. He was so determined to get her help. 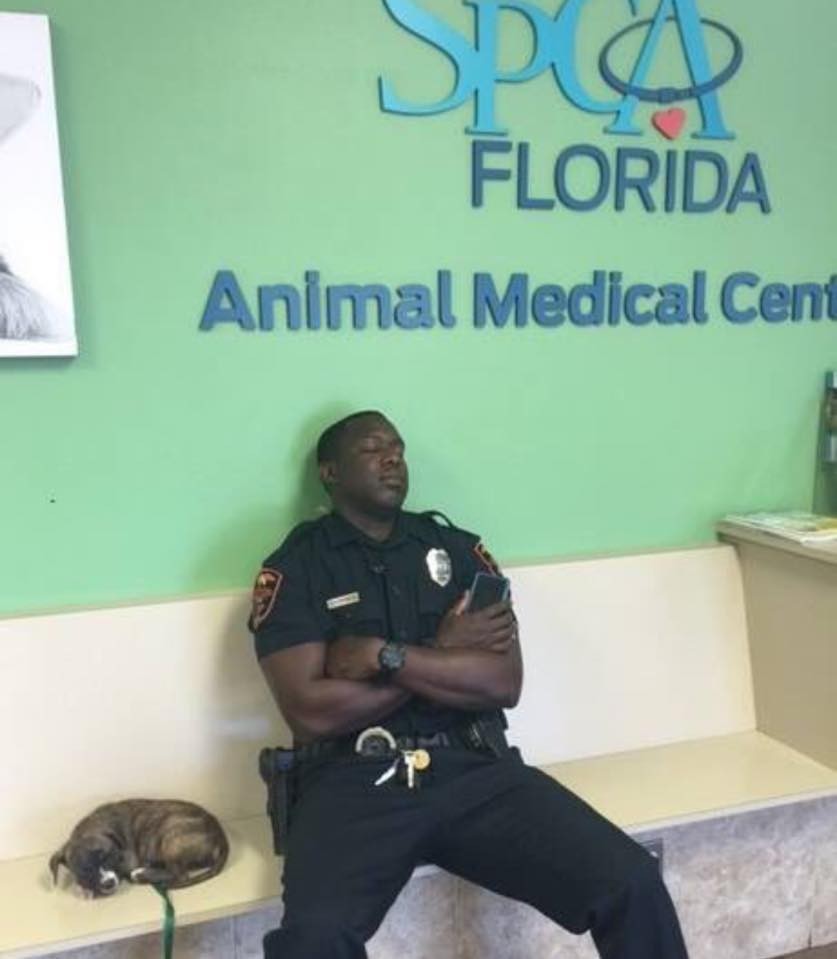 After 3 hours spent patiently waiting for the little pup to be examined by the medical staff, Garibaldi and the dog – in good health, despite some fleas – left the hospital. The officer went back to the police station with the pup, who had earned the name Hope.

Now the story takes an even happier turn. Upon leaving the police station, a delivery boy saw Hope and fell in love straight away, going so far as to offer to adopt him.

Officer Garibaldi, happy in the knowledge that his devotion to the pooch had paid off, entrusted him to his new "dad". 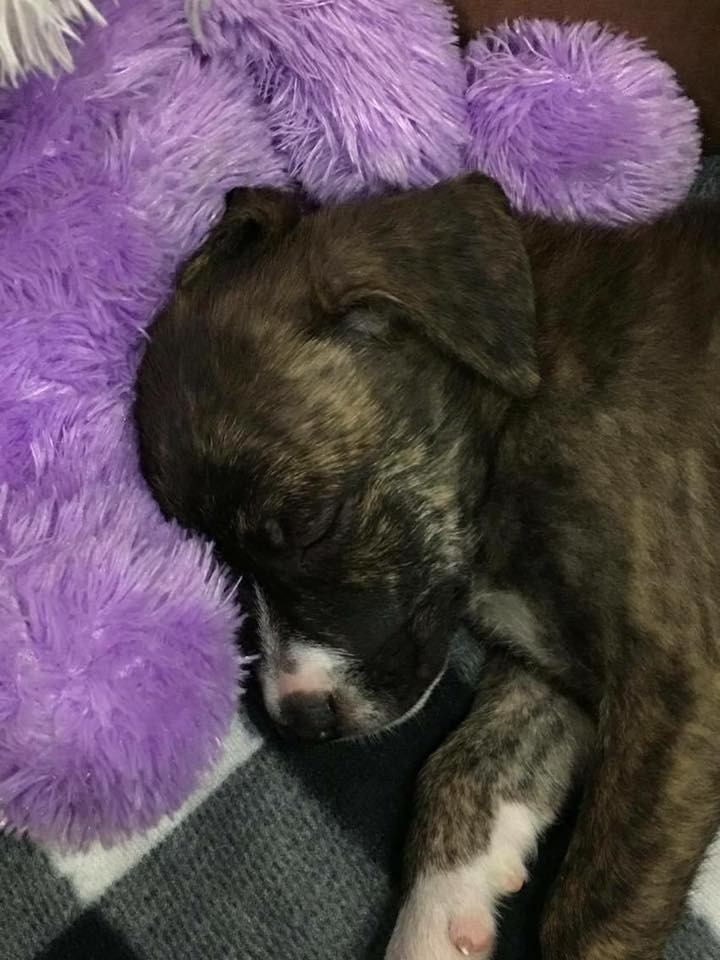 His colleagues at the Lakeland Police Department published a message on their Facebook page a little while afterwards, paying tribute to his kindness:

It’s the kind-hearted officers like this that makes the Lakeland Police Department truly unique. Having worked a long weekend, Officer Garibaldi still found the energy at the end of his shift to help man’s best friend.