In the latest tragedy regarding the rhino poaching crisis in South Africa, a gang of armed men stormed a rhino orphanage and killed two young rhinos, as well as beating up the staff of the sanctuary, earlier this week. According to local news, security was breached and workers were brutalized before two 18-month-old rhino calves were killed. The gang of men also sexually assaulted a young woman who was working at the orphanage.

Operation Rhino 7 – the local police unit in charge of poaching – was alerted and they have already impounded a vehicle and arrested two men in connection with the killings in a nearby town, as well as another suspect in a separate arrest. They continue to work hard to find the perpetrators. The Fundimvelo Thula Thula Rhino Orphanage in KwaZulu-Natal is a specialized care and rehabilitation center for rhino babies who have been orphaned due to poaching. Africa Geographic asks an important question:

This incident is a sad indictment of how violent criminals are now the chosen tools of trade in the savage rhino poaching industry. Surely this is a turning point for South Africa’s beleaguered rhinos and their protectors? Surely the South African government now has to at last take a stand? 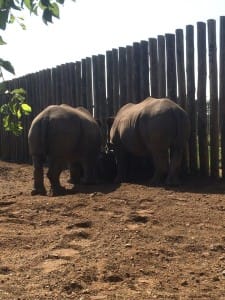 Gugu was killed instantly by the poachers, while Impy survived, but sadly had to be euthanized the next morning due to his injuries. A heartbroken Karen Trendler, Thula Thula Rhino Orphanage's founder, spoke out about the attack on Facebook:

[…] Your worst fear is that one of the rhinos […] is going to be shot. That worst nightmare was realized and then on top of that to have your team brutally assaulted is just beyond comprehension. 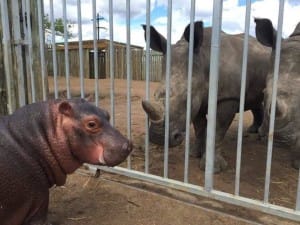 South Africa is the primary custodian of Africa's rhinos, housing the largest populations of the animals left on the continent. in recent years, rhino poaching has soared and the numbers have decreased drastically, rendering the species highly endangered. In fact, according to Save the Rhino, an initiative , since 2013, more than 1000 rhinos have been murdered each year in South Africa. 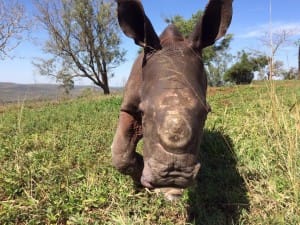 Rhinos are poached for their horns, and Impy and Gugu's young horns were also brutally removed. Conservationist have thought of creative ways to keep rhinos safe from poaching in recent years, such as removing their horns safely before poachers can get to them, as well as sending dogs jumping from helicopters to catch poachers in the wild. Sadly, Gugu and Impi were scheduled to have their horns removed next week, and that could have saved their lives had the poachers decided to attack one week later.

Earlier in the year, we tried introducing white rhino Ithuba to Thando. We had to separate them within a hour of introducing them. Ithuba just didn't know what to do with himself and went from being very excited and playful to extremely aggressive. We couldn't risk having Thando injured or stressed.

It was decided to try and introduce Ithuba to the white rhino group of Gugu, Thando and Impy.

Yesterday was the big day and we were all a little anxious. Introductions, especially with hand raised and traumatised rhino calves can be difficult – one never knows what will happen and how they will react – we needn't have worried at all – the introduction went like a dream. All four introduced themselves to one another and went for a walk about exploring each others bomas and camps.

It is a time like this that one really sees and appreciates that rhino really do have different personalities and an insight into rhino behaviour.

Yvette Taylor, a manager at Thula Thula and the director of the Lawrence Anthony Earth Organization, explained the increasing dangers of poaching to The Dodo:

Poachers are becoming increasingly brazen, better informed and often better armed. The monetary gains are huge […] It would seem the latest 'soft' targets are rhino orphanages who are trying to deal with the consequences of the adult rhino fatalities. 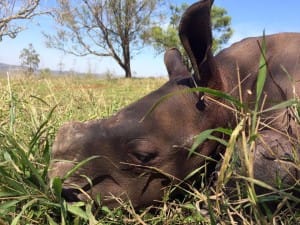 Despite this tragedy, the team continue to make rhino protection their priority and the most important thing of the last 72 hours has been to keep the rest of the animals calm and safe. The staff at Thula Thula Rhino Orphanage desperately need our thoughts and prayers, and if you would like to make a donation, you can find out more here through Paypal. If you live in South Africa, their banking details are available here. There is also a British campaign raising money for Thula Thula. Also visit Save The Rhino's website for more information and poaching statistics, as well as to know more about how you can get involved in the fight. 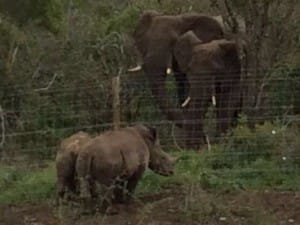 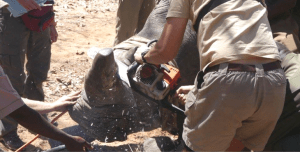