No-one knows how Maverick ended up looking like this… The most probable deduction is that he was exploited as a fighting dog, but it's impossible to know for sure the origin of his violent wounds. 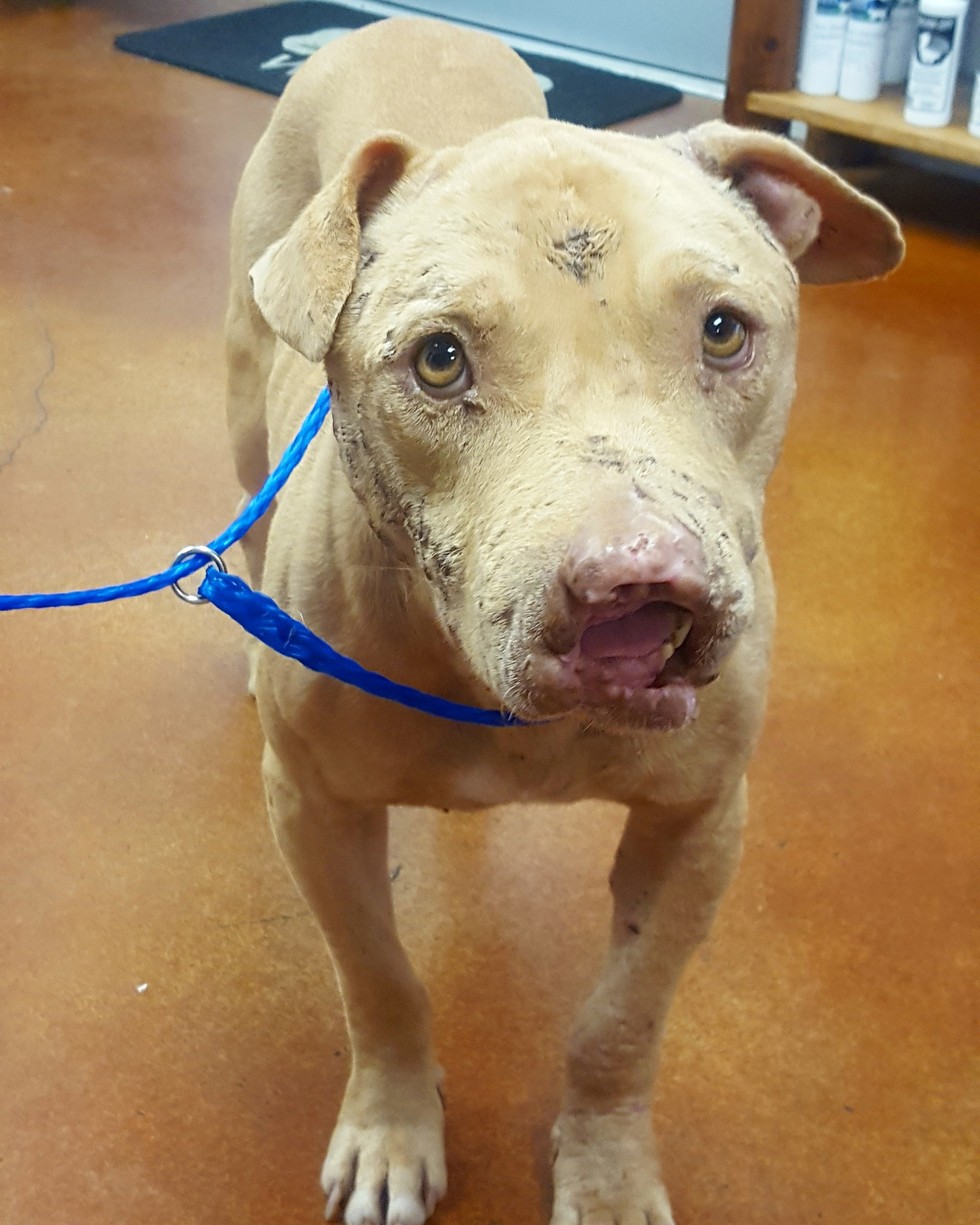 The veterinarian at the Long Way Home Pit Bull Rescue shelter, based in Texas, seems to believe that it's been a long time that the poor dog has been living like this, with half of his snout torn off, without front teeth and his nasal cavity partially exposed… 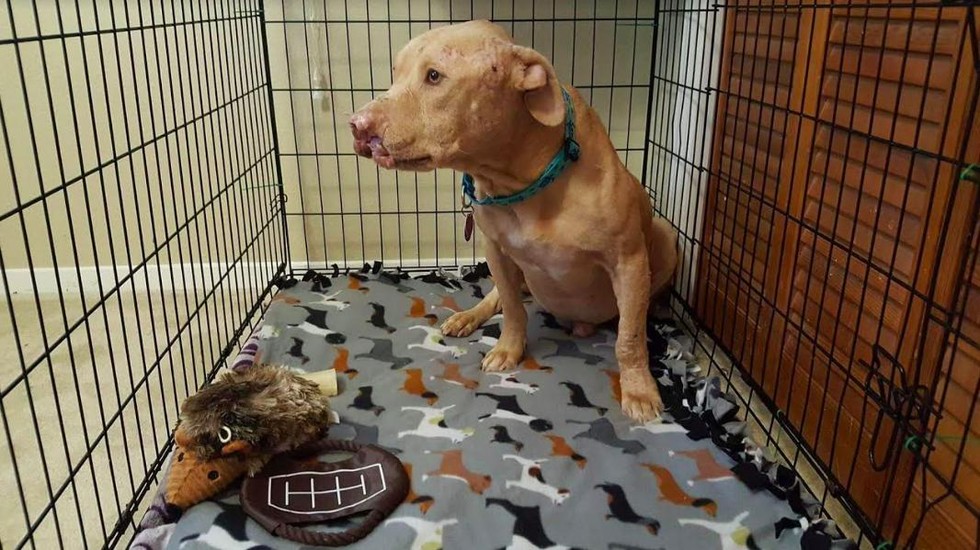 Amanda Dowell, the director of the shelter, told The Dodo:

While we are happy to know that his main wound is not painful right now, we're also saddened at the thought that he somehow got this wound and then had to fend for himself while it began healing. 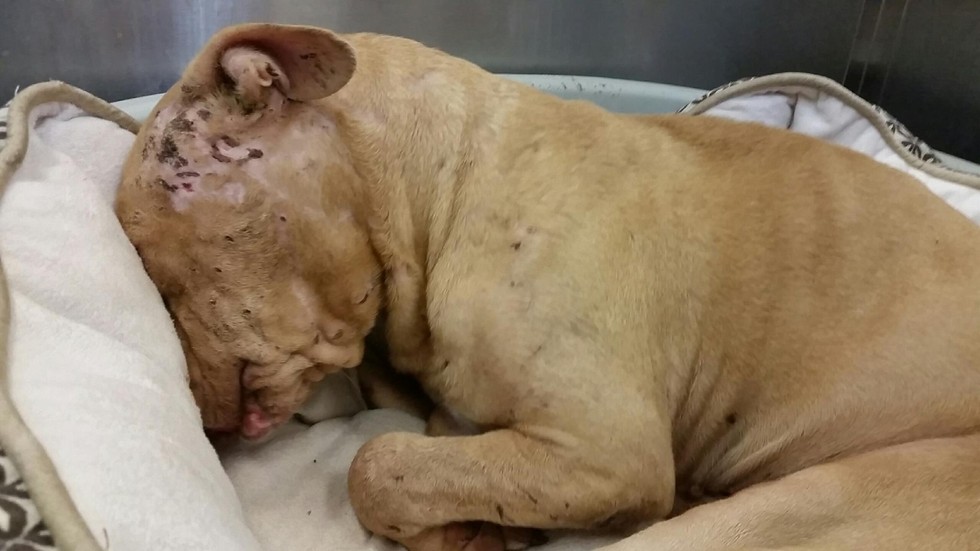 Poor Maverick is really down on his luck. He has fresh cuts all over his chest and neck, he can't eat properly with only half a snout, and as if that weren't enough, he's heartworm positive and has a chance of being diabetic, too.

The Long Way Home team did everything they could to get this pup back on his feet. After his intensive care treatment in a veterinary clinic Maverick is in recovery with a foster mom, the vet clinic's practice manager, where he will stay until he is physically and mentally healed. 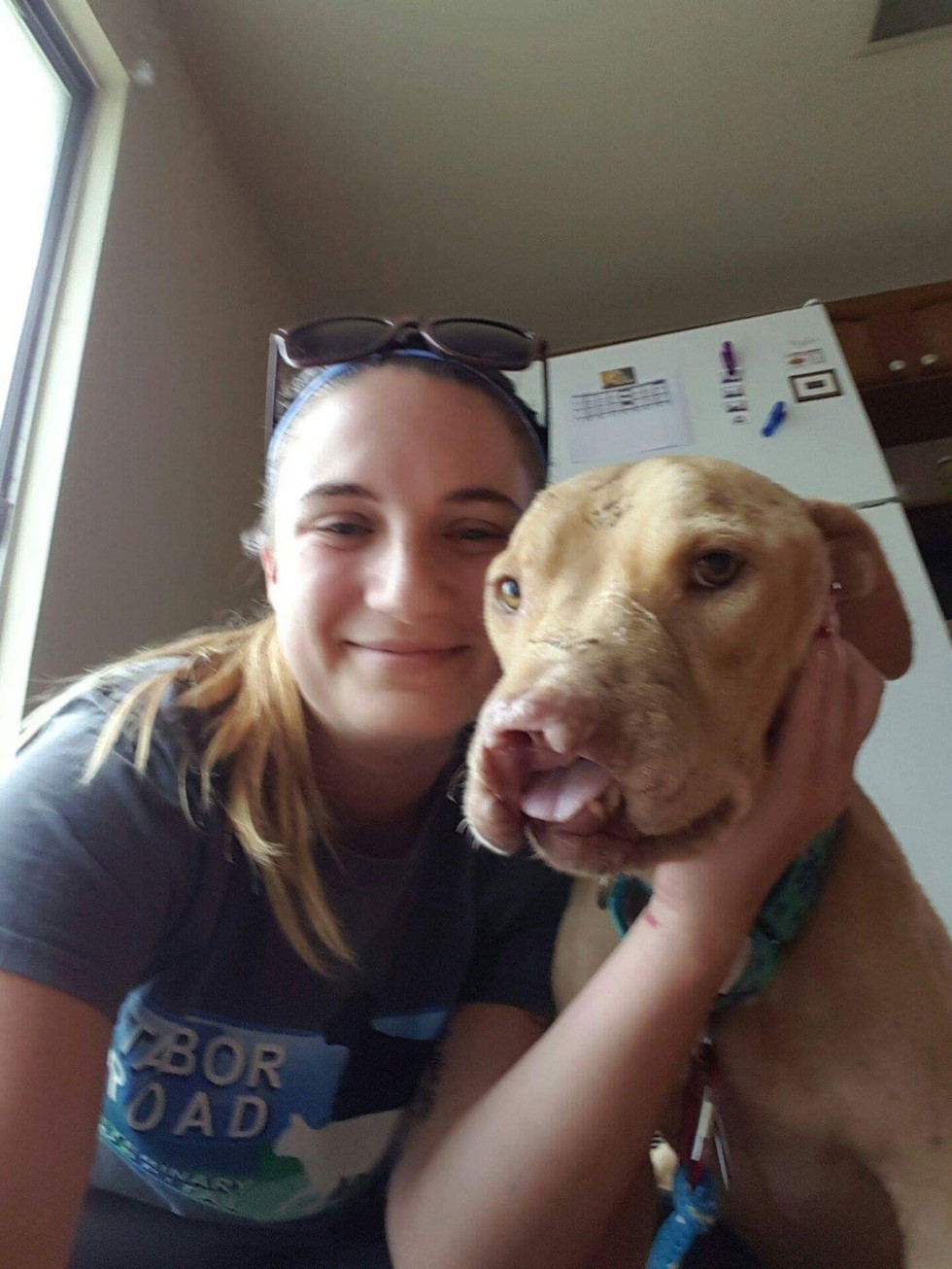 In the meantime, the Pit bull has a big task in front of him: learning to eat again, receiving vaccines and antibiotics, and being flooded with love! That's what he seems to need most, being very anxious and scared of everything.

Amanda Dowell noted that he gives her kisses and even the "occasional tail wag", which is promising. He will soon be put up for adoption and hopefully find the loving, supportive family he so desperately needs. 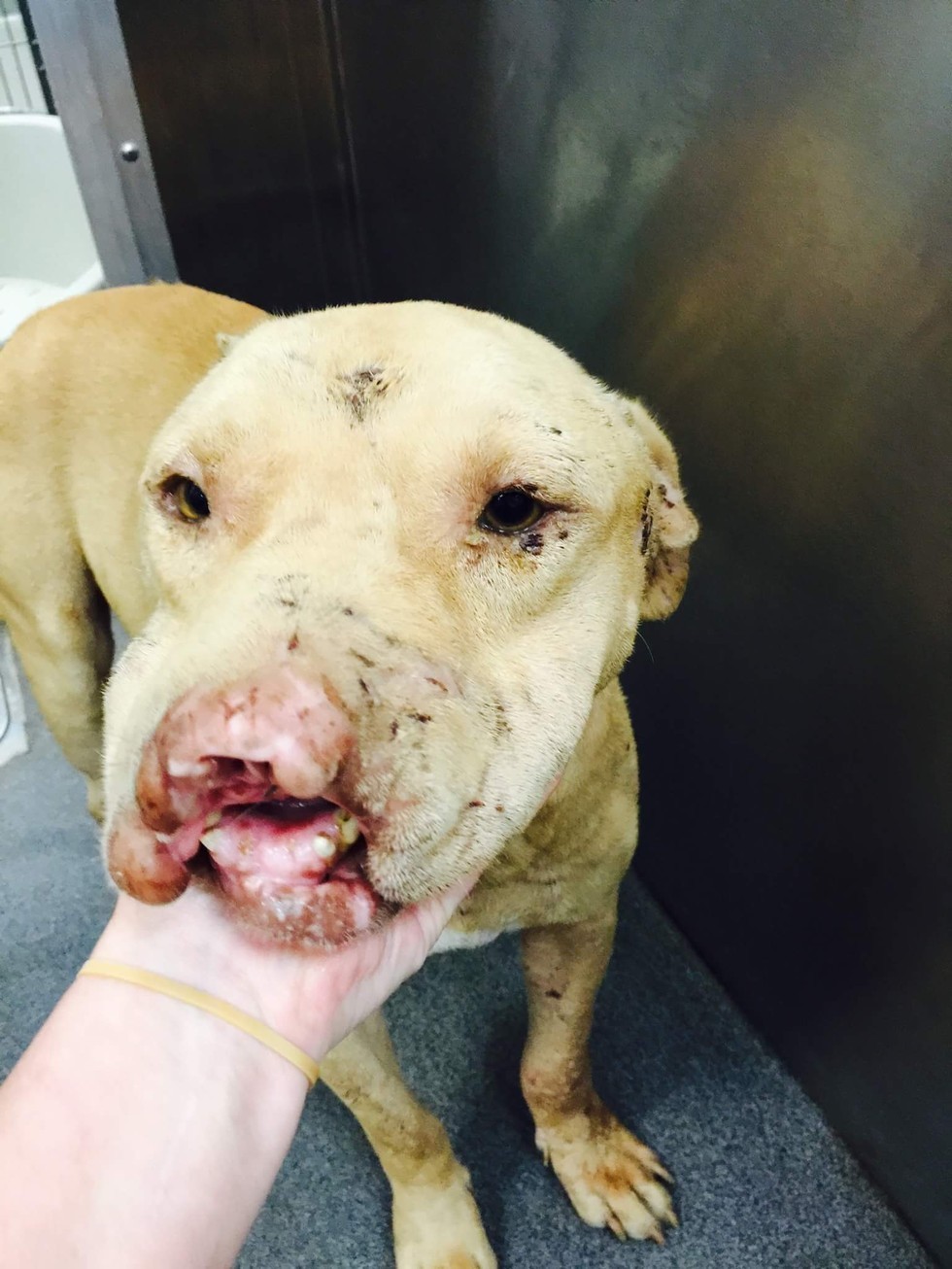