At the end of May 2018, a pilot whale was found dead in Thailand, in the Na Thap Canal in Songkhla province. The whale had swallowed more than 80 plastic bags, making it impossible for it to eat food. 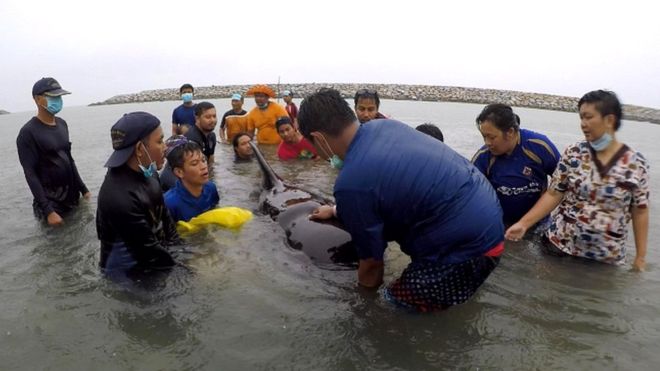 Discovered at the border between Malaysia and Thailand in a pitiful state, conservation officials took charge and tried to rescue it.  They built a shelter in order to protect the whale from the sun, but sadly, it vomited five bags and died just five days later. 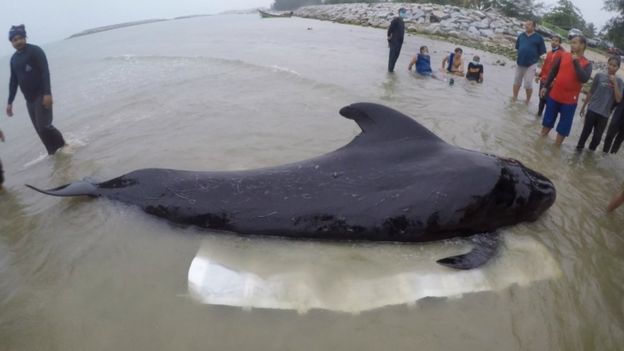 The autopsy confirmed the cause of death. Thon Thamrongnawasawat, marine biologist, simply said:

If you have 80 plastic bags in your stomach, you die.

The plastic problem is unfortunately endemic in Thailand, which is one of the world's largest consumers of plastic. Every year, at least 300 animals, including whales, sea turtles and dolphins, die after swallowing plastic objects dumped on the country's beaches.

If you can’t reuse it, refuse it.
#Connect2Earth #WorldEnvironmentDay #BeatPlasticPollution

The extent of the pollution is such that Jatuporn Buruspat, head of the Marine and Coastal Resources Department, announced the implementation of an awareness campaign as of June 8 2018. According to WWF Thailand, 91% of the 335 million tonnes of plastic produced each year will never be recycled.