New, shocking footage filmed by the French association, L214, sheds light once again on the cruel meat industry. The graphic video was released on February 16 on the French televised news, Envoyé Spécial, and shows employees of a slaughterhouse in the department of Yvelines, near Paris. 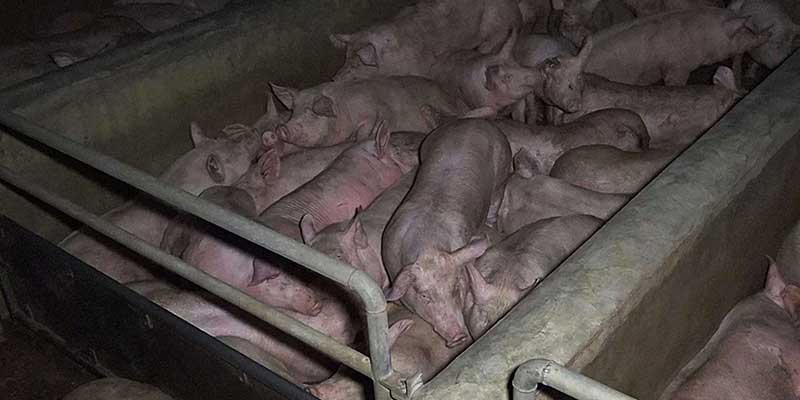 The footage was shot at the end of 2016. Employees can be seen violently kicking and hitting the pigs, as well as shocking them with electric rods to make them move up the ramp going to the gas device.

L214 published a statement on Friday, February 17, announcing that they have pressed charges and are suing the establishment for mistreatment of animals in the high court of Versailles.

L214 denounces the acts of cruelty that have been caught on camera in the abattoir:

There are more pigs in the slaughterhouse than can be supported and the animals are cramped without even being able to lie down and sleep. Aggression and cries fill the building non-stop. 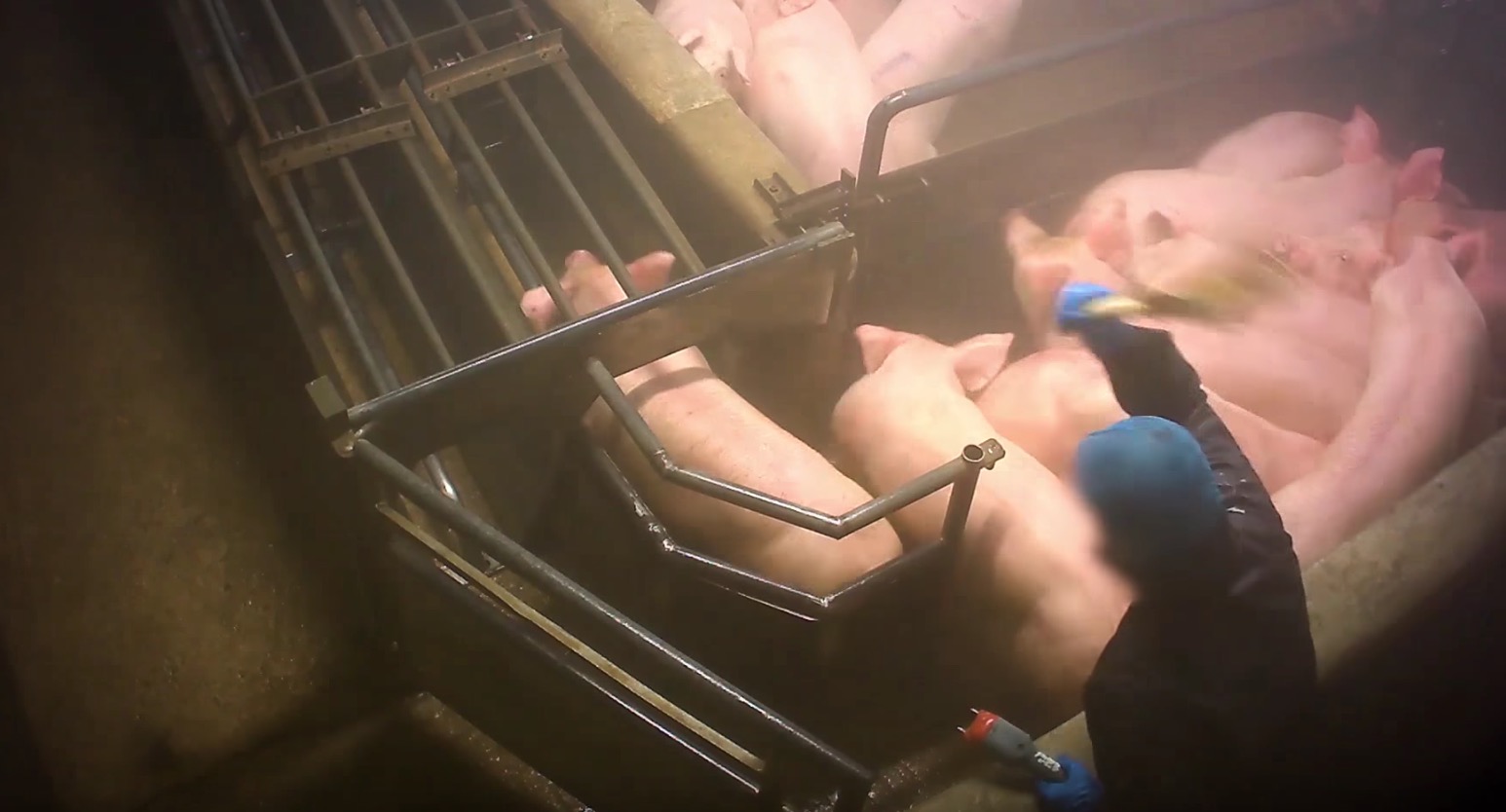 Vincent Harang, director of the slaughterhouse in question, wanted to show the example to the public by installing cameras around possible violent zones in the slaughterhouse. Journalists from the television show asked him about his reaction to the footage, and he said that he was surprised:

It's shocking. There is real suffering. If I had seen that, things would not have gone down well. The man has trouble doing his job and the problem is his anger – he is no longer in his normal state.

"The images have been seen by the director of the abattoir, who can no longer ignore the manipulative practices used on the pigs in his establishment", affirmed L214. 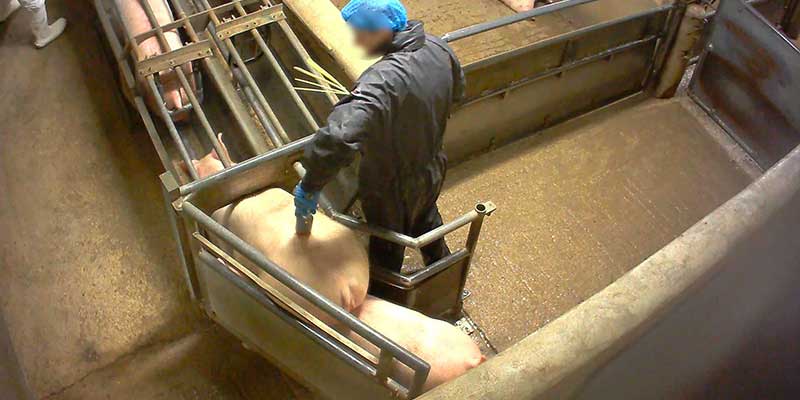 The abattoir had already been inspected

The association also precised that the slaughterhouse had already been inspected in April 2016. The departmental direction for the protection of populations for the region had signaled "some inappropriate gestures" done by the employees.

"The majority of the acts of cruelty revealed in this new investigation had been seen and acknowledged by veterinarians commissioned by the state during the last inspection, but nothing was done about it. […] As long as the videos are hidden from the public, we cannot hope for efficient control," concluded L214. 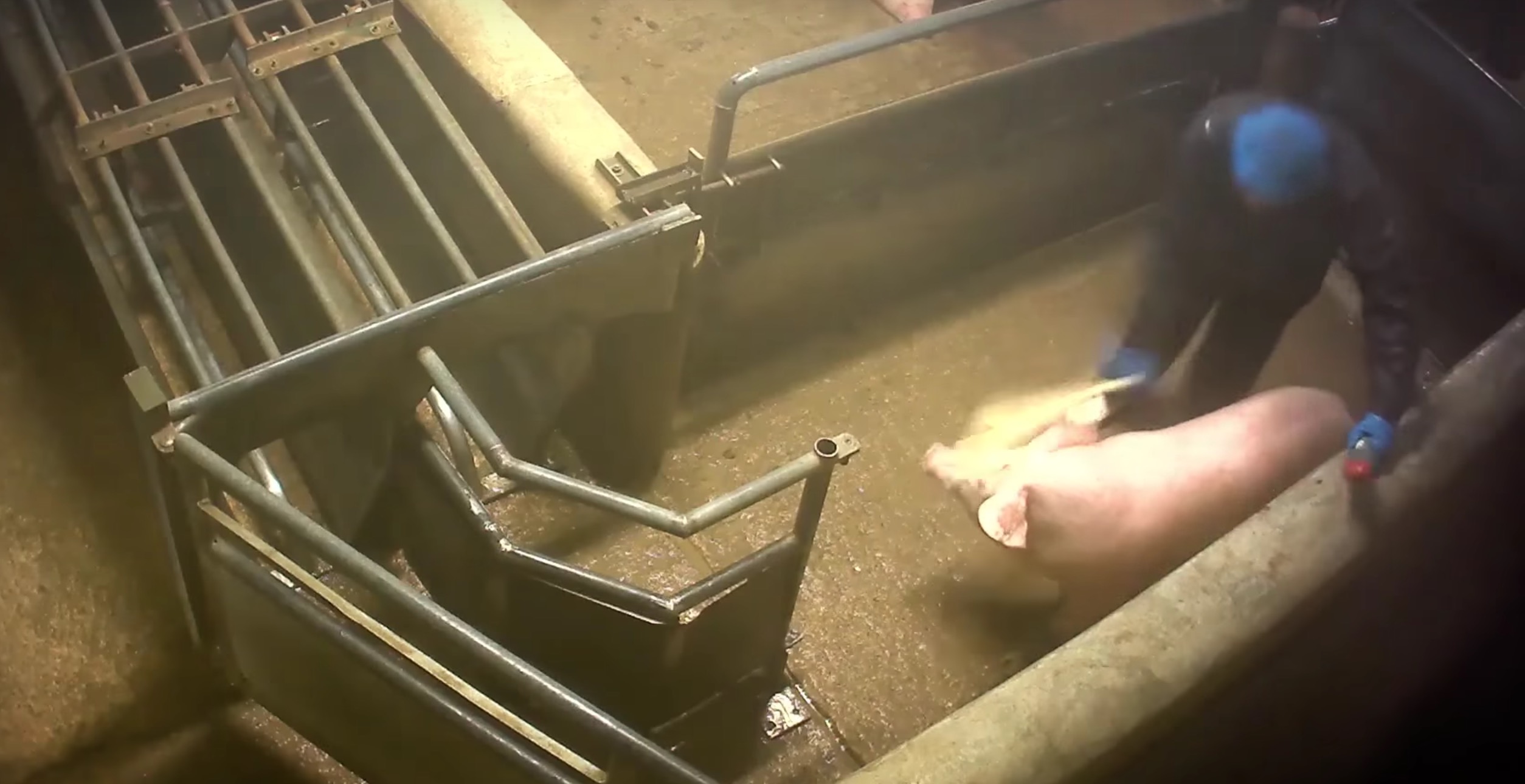 The association created a website dedicated entirely to this new investigation. They are calling on candidates running for president in France's elections, taking place in May this year, to authorize access to the video surveillance from inside slaughterhouses. This will force them to conform to animal rights laws and stop torturing innocent animals. You can send a message to the candidates by clicking here (page in French.)

French comedian, Guillaume Meurice, talks about the investigation below (in French): 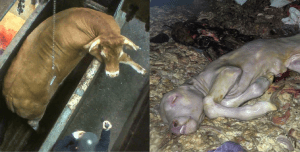