The country of Flanders in Belgium is known for its vast agricultural exploits. "There are more pigs than human beings," tells Benoit van den Broeck, the director of the association, Animal Rights Europe. But the pigs are hidden away in the dark.

Arthur and Olivia are two adorable piglets who were destined to be slaughtered for their meat after a miserable life spent in a dark shed.

But in September, a rescue team from the association covertly went to a "pork factory" with the goal of investigating the functions and the treatment of the animals. 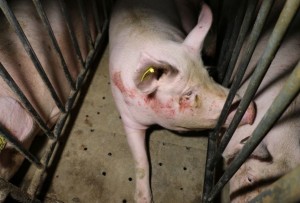 On this specific farm there were more than 500 pigs who only lived to give birth to piglets. The team came across some babies who were too sick to be bred for meat. Benoit van den Broeck explained:

Normally according to the law they have to be euthanized, the weaker ones, but the farmers often just smack them on the floor because it is a cheaper solution to kill them. 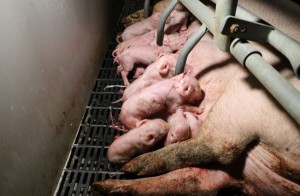 But the group couldn't bear leaving the piglets there – they decided to take them away and give them a new life.

In order to protect themselves, the association and the people involved wish to remain anonymous and are unable to give details of where the babies are now, but one thing is sure - Arthur and Olivia are leading a much happier life now. 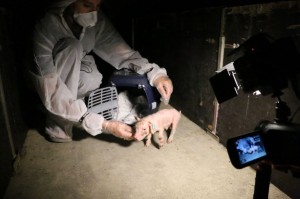 I cannot disclose information about their home. But they have a new loving home and are being taken care of and getting the treatment they should have and can live a long and happy life as pigs. 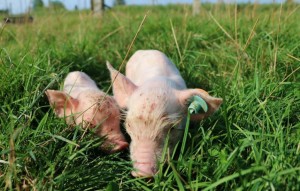 The simple fact of being called by their names and not a number is symbolic of their newfound freedom.

For the industry, it is convenient that the animals do not have a name and remain faceless and are anonymous.We are trying to give them a face and name so they aren't anonymous anymore. So people see them as real living beings and not just objects. 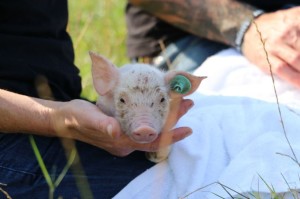 The global food industry treats animals as just another meal or just another paycheck. You can make a donation toAnimal Rights Europe, in order to play your role in getting better treatment for farm animals. 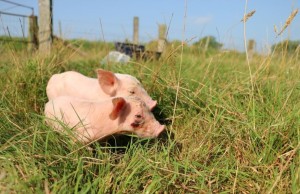 Every individual effort to eat less meat, make a donation or stop supporting the slaughtering industry counts towards better lives for animals, such as Arthur and Olivia.