Dreamy, a little piglet, was only two weeks old when she was left at the Sugarshine Farm Sanctuary, in South New Wales, Australia, reported The Dodo. Her chopped off tail gave the volunteers an idea of her difficult past, as pigs'tails are usually cut on meat farms to avoid them biting one anothers'. 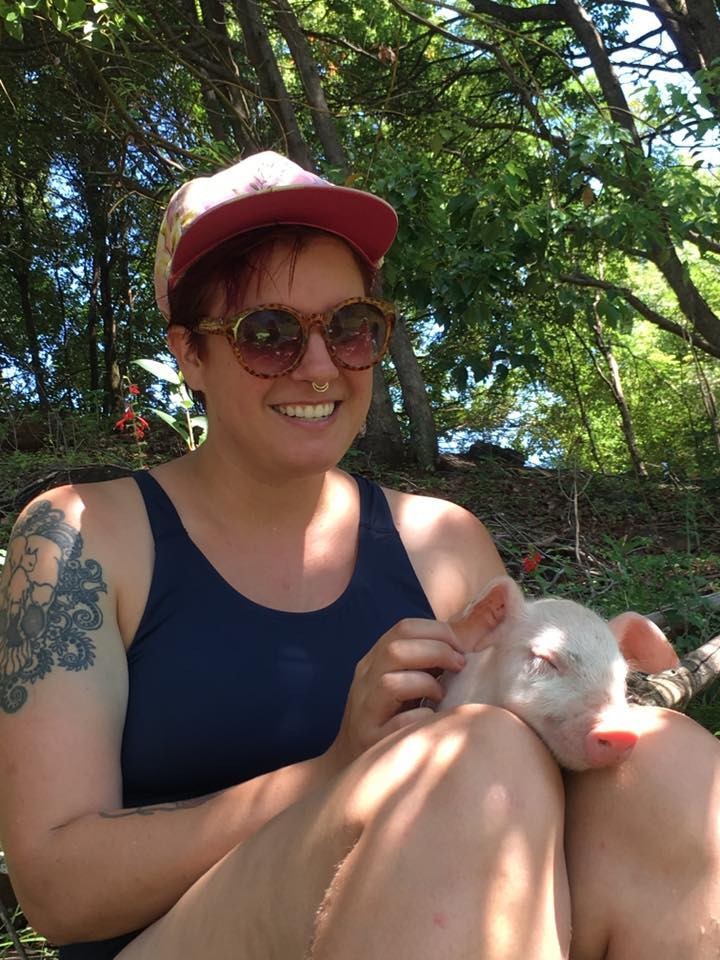 The fact that the little piglet was a white large breed, the type of pigs bred for meat, confirmed the shelter workers' hypothesis. She was destined to be eaten. 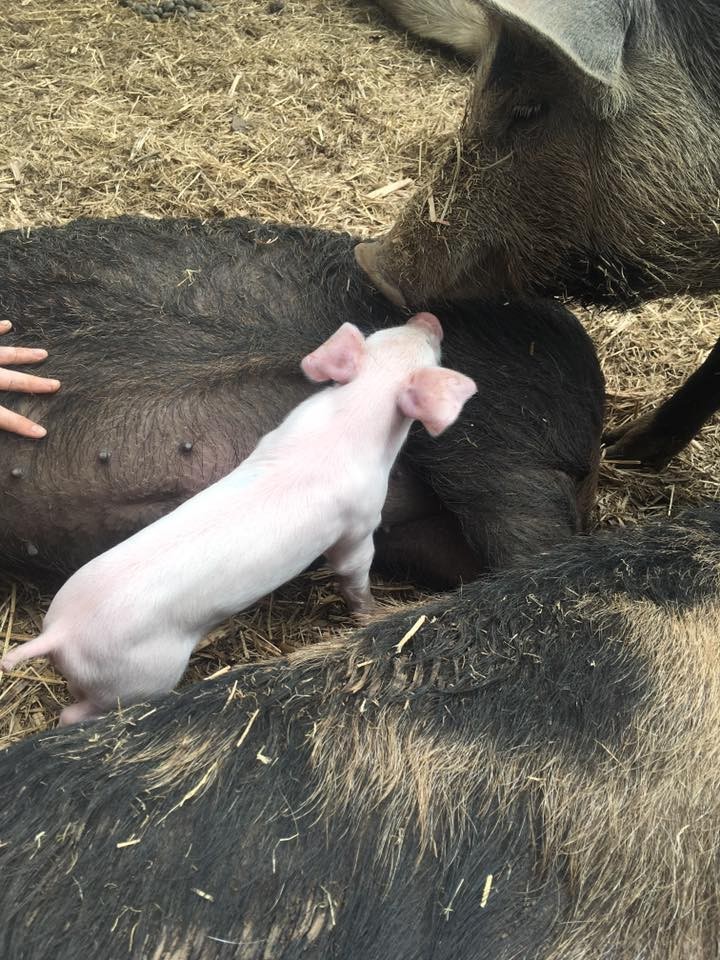 Despite her young age, Dreamy showed signs of a life hard lived. Kelly Nedler, the founder of the sanctuary, told The Dodo:

[Dreamy] was quite listless and withdrawn when she arrived. Her eyes had no spark and she was disinterested in what was going on around her. 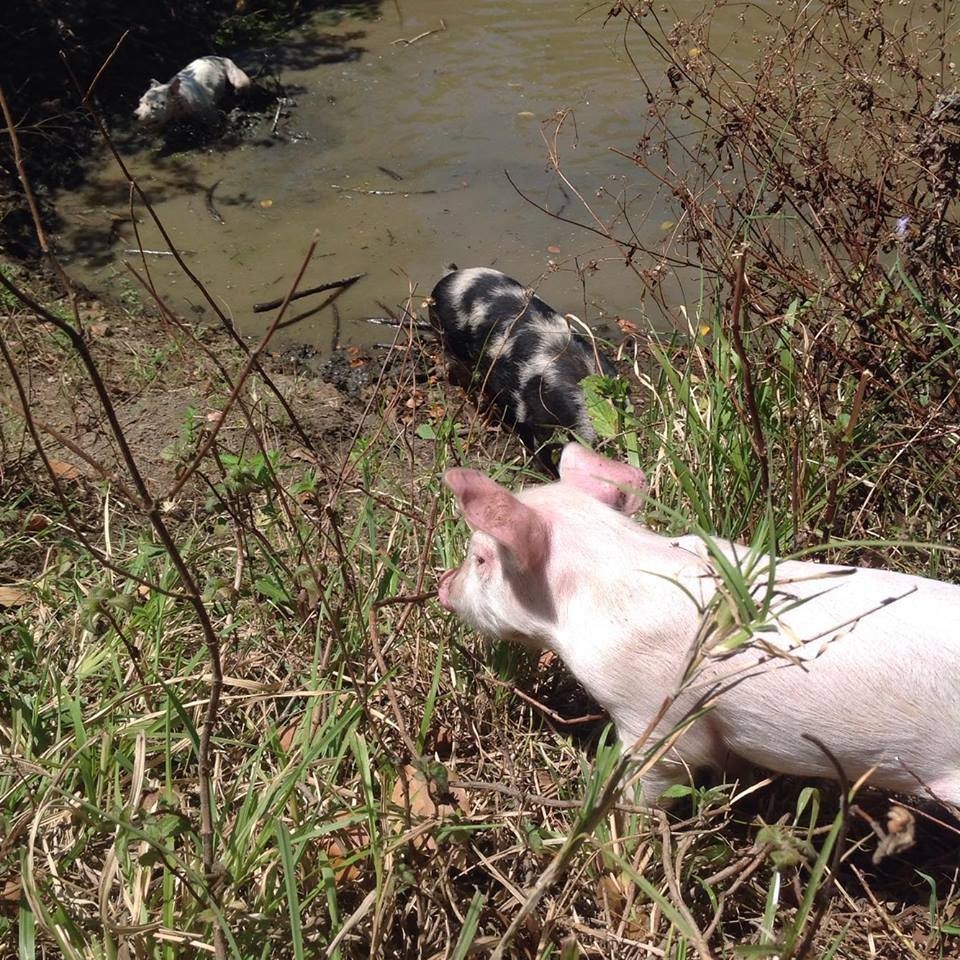 But Dream slowly started becoming interested in life. She explored her new environment and seemed to enjoy the fresh air and freedom. According to Kelly, she very quickly settled into sanctuary life. She also showed a superior talent for napping – which led to her being named Dreamy. Kelly continued:

Dreamy loves to nap and when she does she is obviously dreaming of adventures — her legs kick and wriggle like she is running free and she has the sweetest gentle smile on her face when she sleeps. 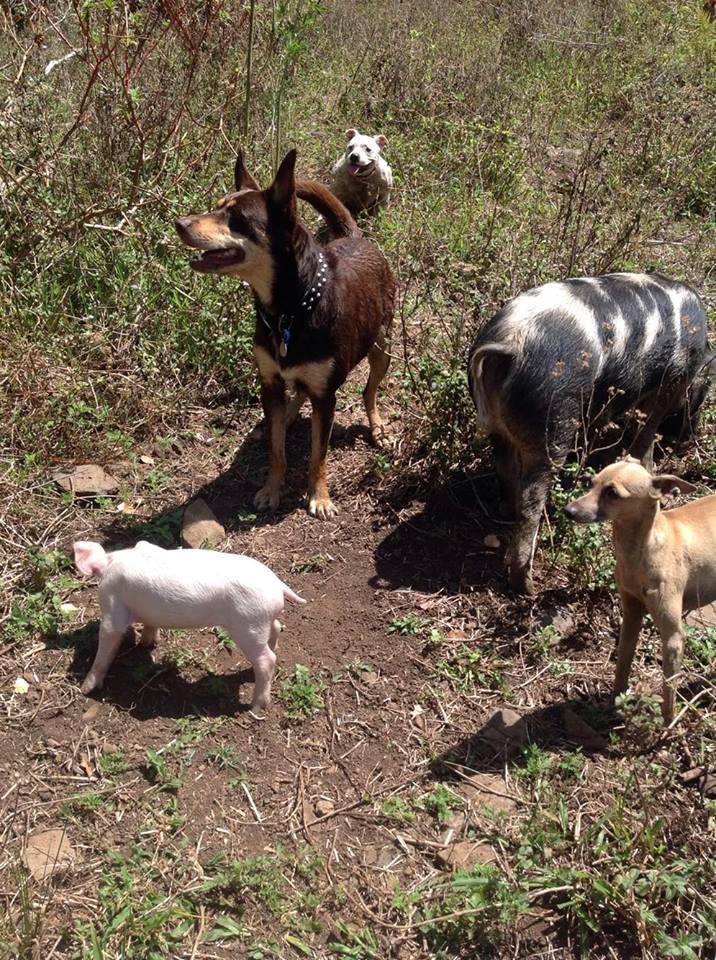 Another special talent Dreamy showed was one for making friends. She quickly became very attached to the four dogs living at the sanctuary. Wally, Pencil, Blanco and Isabel were soon followed by a little piglet shadow everywhere they went. Since then they have been taking walks, playing games and taking naps together. 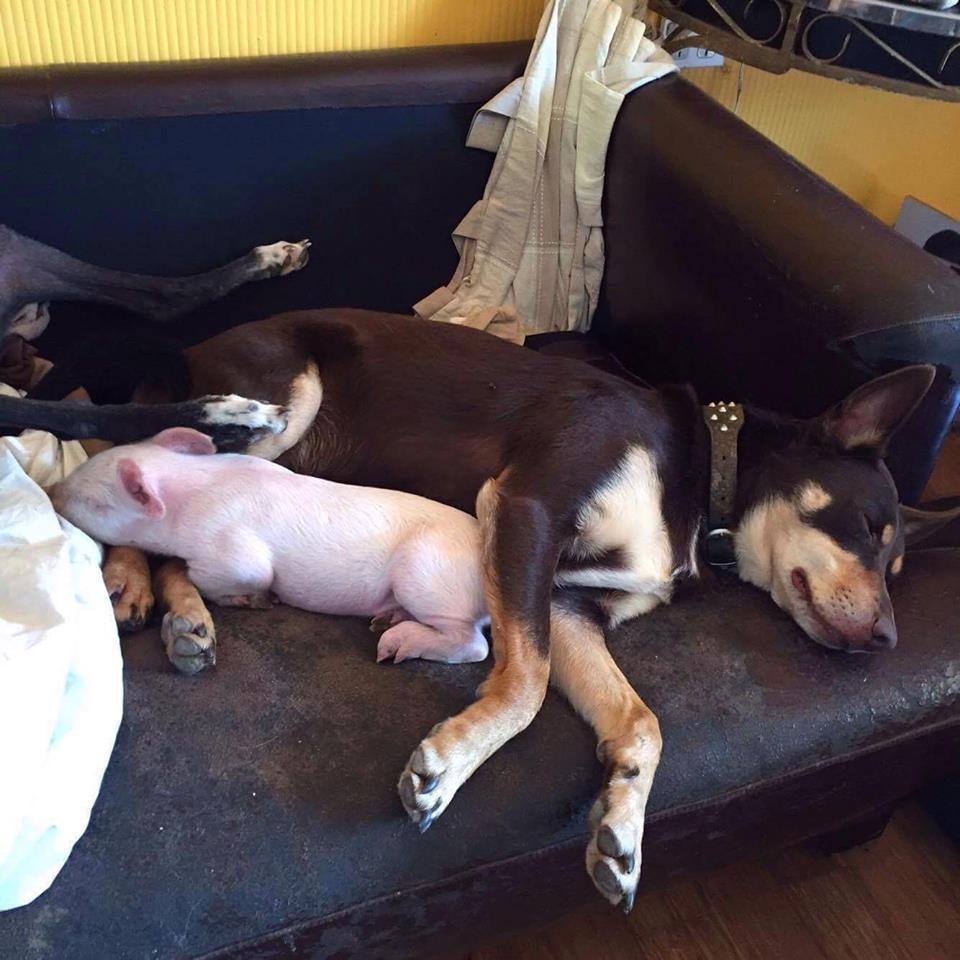 But Dreamy has not had much luck with Snowy, the resident cat, who seems to be too independent to adopt a needy little piglet. But she is happy when she is constantly surrounded by her four big dogs. Kelly gushed:

Pigs are so lovable, mischievous and affectionate. They deserve to be a part of the joys of life, like warm sunshine, a chance to explore this amazing world we live in and to experience love just like a pet dog, cat or any other animal should have. 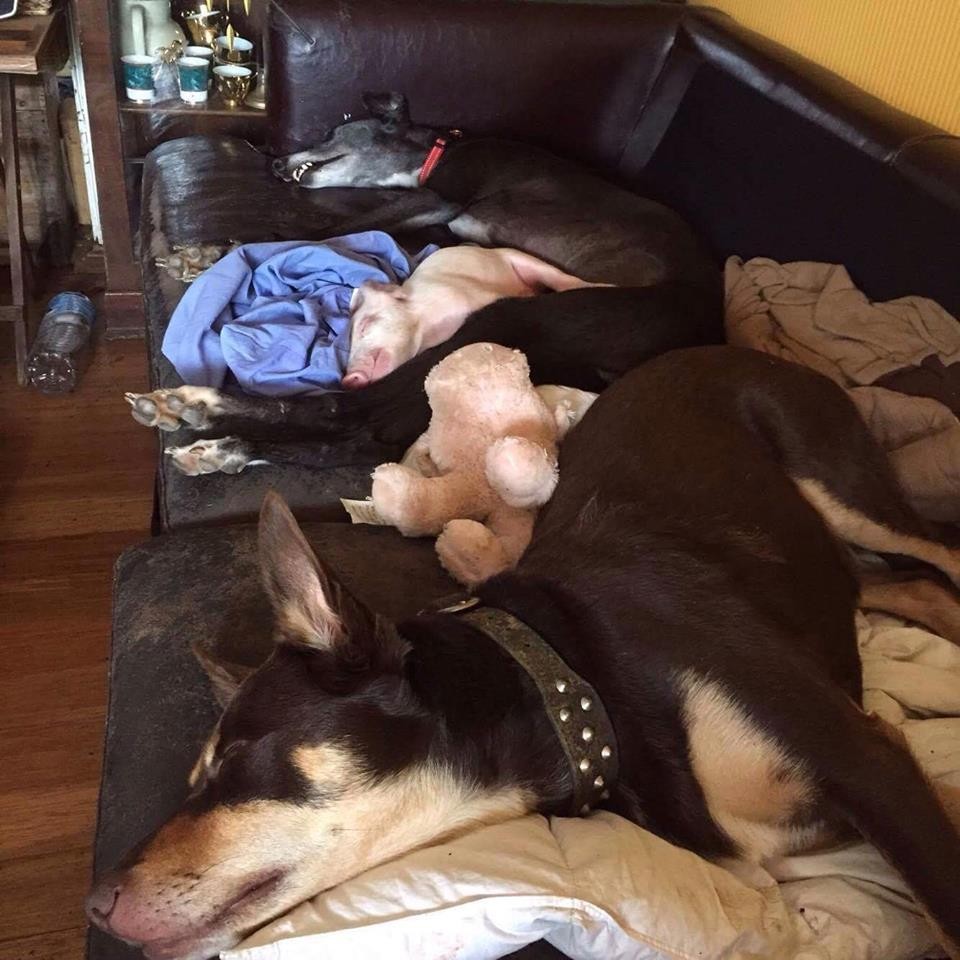 You can make a donation to the sanctuary here.