This sweet mama dog decided to adopt the most unlikely baby – a piglet!

Paulinchen, the potbelly pig, was found abandoned by her mother on a family farm in Germany. She was starving and cold – moments from death – when she was discovered by her rescuer. 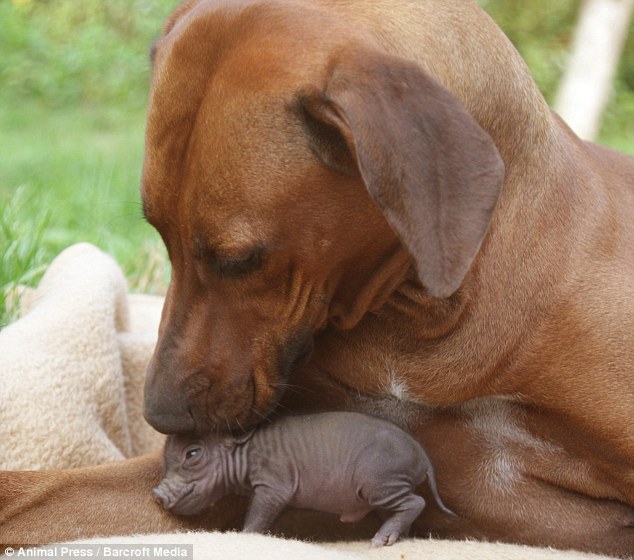 Fearing for her safety, the owner of the farm, Roland Adam, brought her to his pup, Katjinga, to see if she would take care of her.

He told the Daily Mail:

She had just finished with a litter of her own, who are now 10 months, so I thought there was a chance she might take on the duties of looking after her. Katjinga is the best mother you can imagine. She immediately fell in love with the piggy. Straight away she started to clean it like it was one of her own puppies. 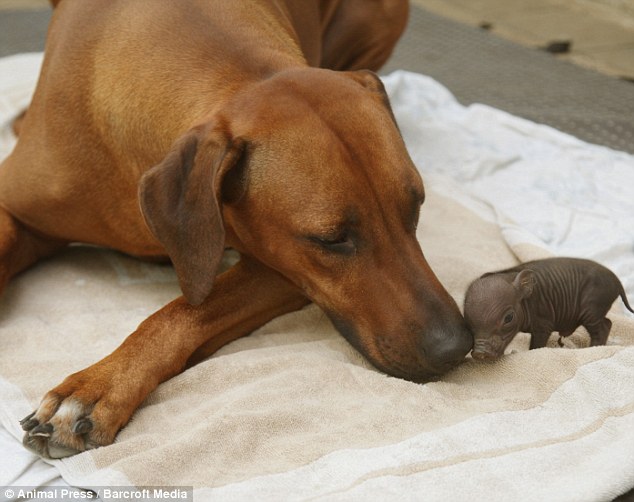 Soon, Katjinga even started producing milk for the piglet. 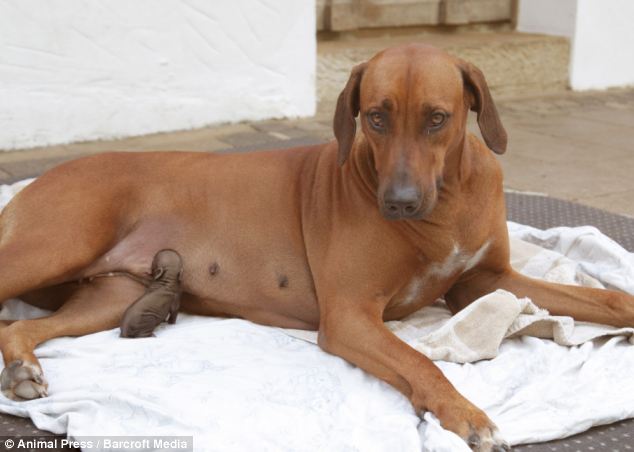 After being abandoned by her family, she finally has a new adopted mom who gives her the love and care she deserves.

Piglets Destined For Slaughter Play Outside For The Very First Time 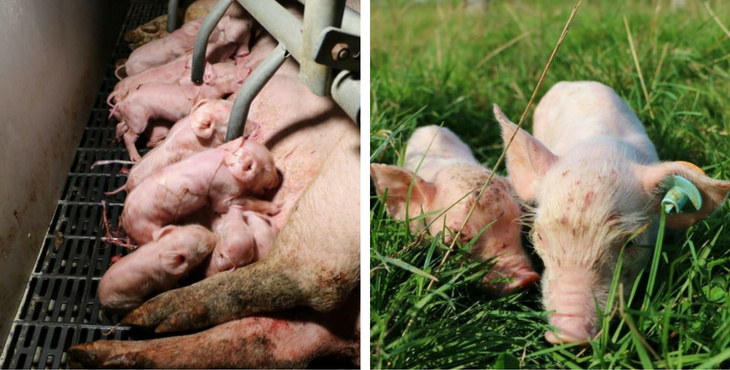