On August 4 2017, le Zoo de Beauval in the south of Paris was celebrated nationally and internationally after one of their pandas gave birth to a healthy baby, the first to be born in France. The cub is the offspring of Huan Huan and Yuan Zi, and caused a massive stir in the media because pandas rarely reproduce successfully in captivity.

The Chinese government, who loaned the pandas to the zoo, even sent specialist keepers to help the French medical team during the birth. The point of the breeding program is to reintroduce pandas back into the wild, where they are considered 'vulnerable', and when he is old enough (three or four years old), the little bear will be sent to China to live in a wildlife researve. But the program has attracted the criticism of la Fondation Brigitte Bardot (the Brigitte Bardot Foundation), an animal rights group set up by the famous French actress, who have raised worries for the baby's future.

Earlier this year, an employee in a Chinese panda research center caused international controversy after security cameras caught him roughly handling a panda cub. After first being blasted on Chinese social media website Weibo, and then on Twitter and Facebook, the keeper had to explain that he'd had to push the cub away so violently because it had bitten him and was trying to bite him again.

La Fondation Brigitte Bardot has stated that it is worried that such treatment awaits the panda at Beauval once he goes back to China, and condemns the idea that the animal is just a diplomatic tool between it and France.

For nearly three months, Beauval's baby panda hasn't had a name, being referred to as Mini Yuan Zi, after his father. This changed on December 4 during a ceremony at the zoo, where French and Chinese first ladies, Brigitte Macron and Peng Liyuan, revealed the name they had decided on. He has now been named Yuan Meng, which means "accomplishment of a dream" in Chinese.

Brigitte Macron used the occasion to highlight the friendship between the two nations:

The astonishing simple happiness and the depth of life: this is precisely what I have just felt when meeting Yuan Meng. […] The gesture we are making today comes from a Chinese tradition based on sharing and mutual trust. [The birth of Yuan Meng] is the epitome of the rich dialogue between our two peoples, who have seen each other, listened to each other and understood each other for two centuries. 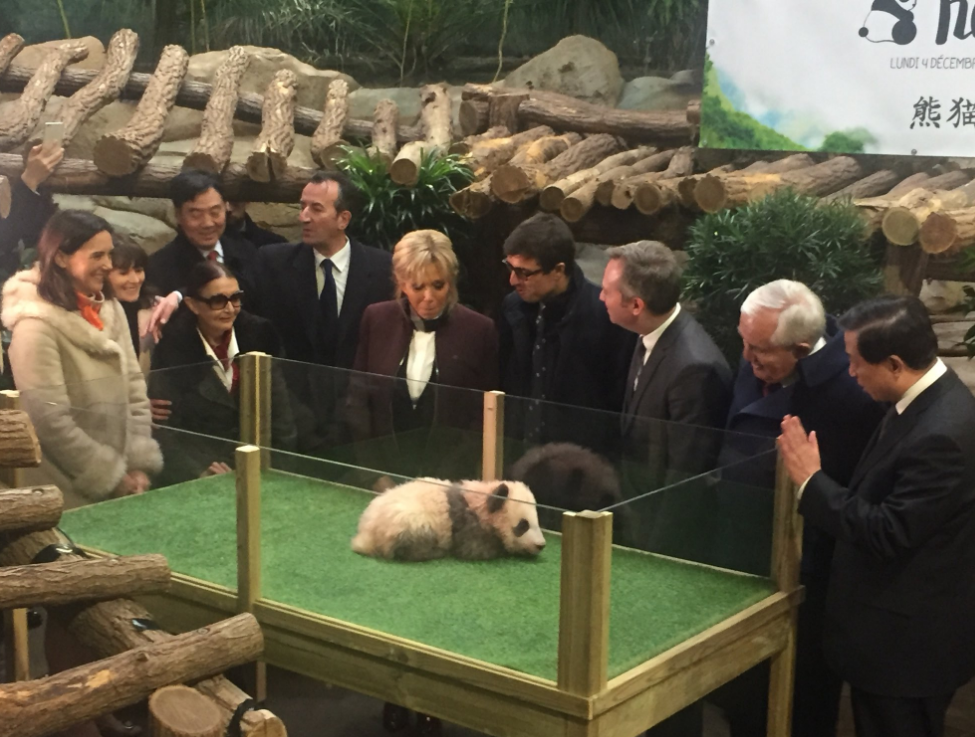 Emmanuel and Brigitte Macron will be giving China an official visit in early 2018.

Today, there are only 23 zoos worldwide that keep giant pandas. All of these animals have been loaned by China for an agreed sum. Beauval is paying 850,000 Euros (nearly $1 million) every year to look after Huan Huan and Yuan Zi, and will give them back after 10 years. 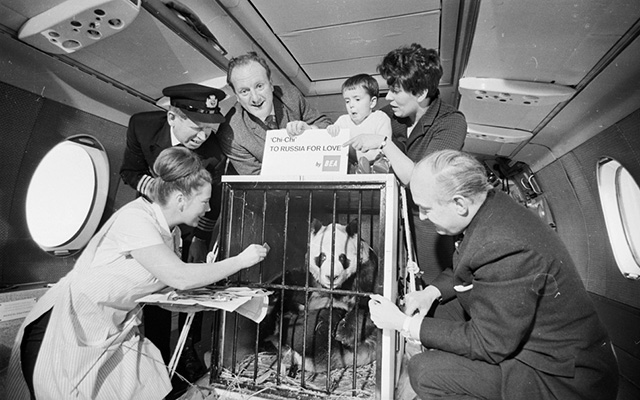 Since they are so rare and considered a national treasure in their home country, pandas have been a very effective diplomatic tool. The Chinese government gave them to other countries as gifts until 1984, when this was changed to a system of loaning the animals.

The use of pandas in international relations has been going on for centuries; the tactic was even used as far back as 690 by Empress Wu Zetian. But so-called 'panda diplomacy' became especially popular after the second world war, during the Maoist period. 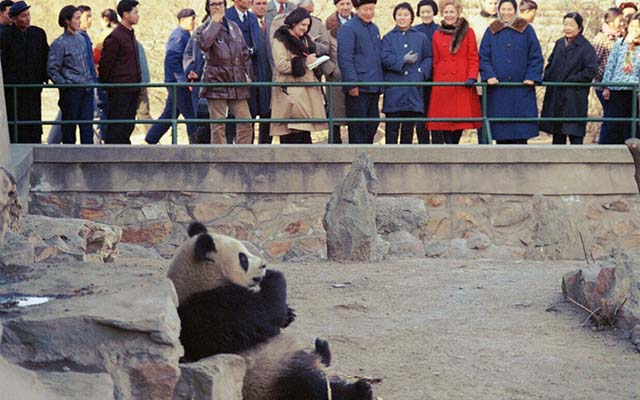 These loans have sometimes allowed strained relations to thaw, or diffused international incidents, with their arrivals in different countries being reported internationally.

Pandas are extremely popular with the public and attract large crowds when they go on display. After Yuan Meng was born, Beauval made sure to profit from this, putting out regular press releases on how he was doing, posting videos and photos of him on social media and inviting plenty of journalists to his naming ceremony.

People truly do have a passion for pandas, as Delphine Delord, director of communications at the zoo, told French newspaper L’Express:

The zoo's Facebook posts have been viewed 25.8 million times. We must have gained around 40,000 fans in one week and almost 2000 followers on Twitter. 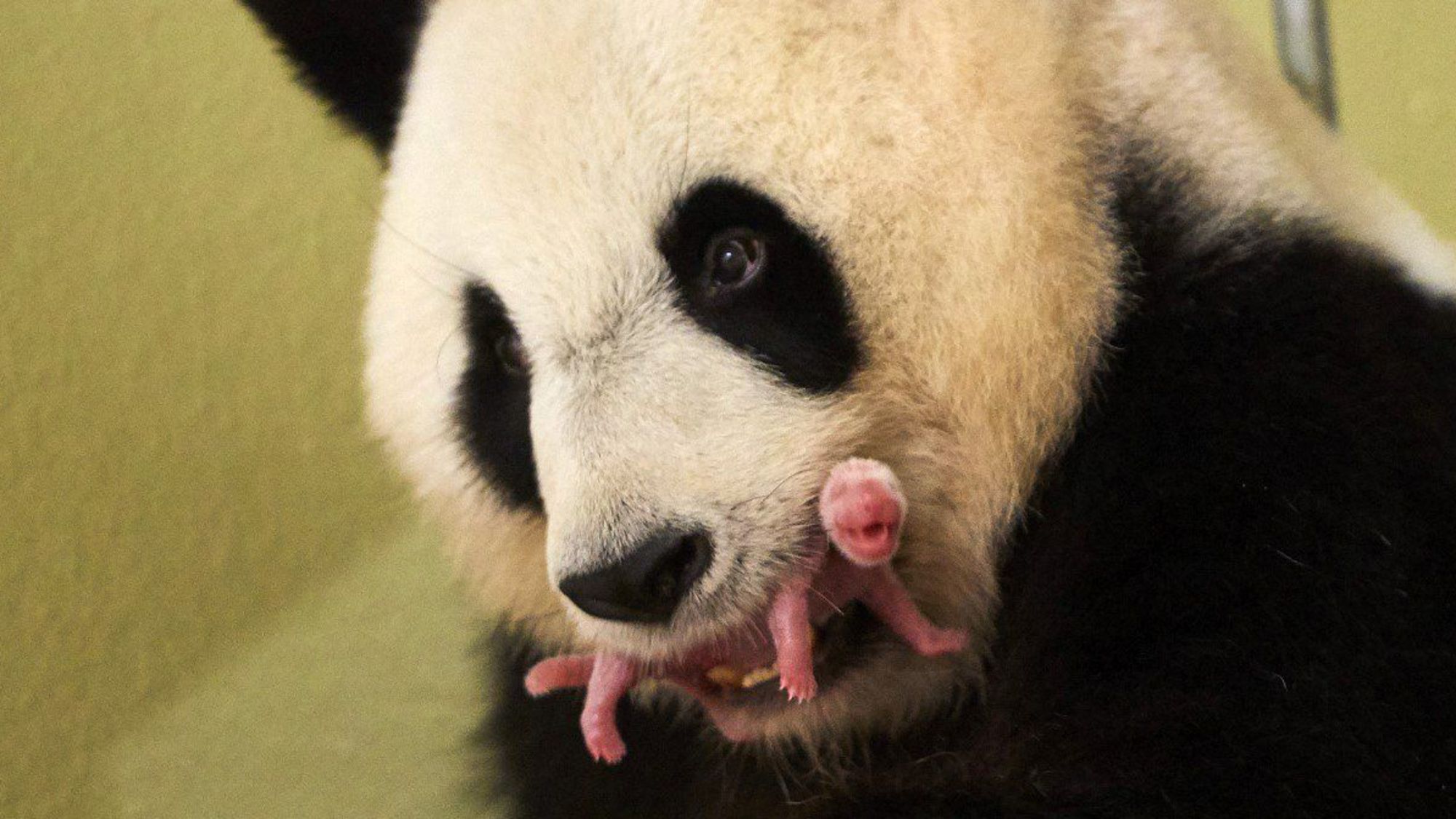 Giant screens were installed all around the panda enclosure to allow visitors to observe the animals without disturbing them. The shop has also made the most of it by selling products based on the adorable baby panda. All in all, because of their new resident, the zoo expects to see far more visitors than is usual for a normally quiet time of year. 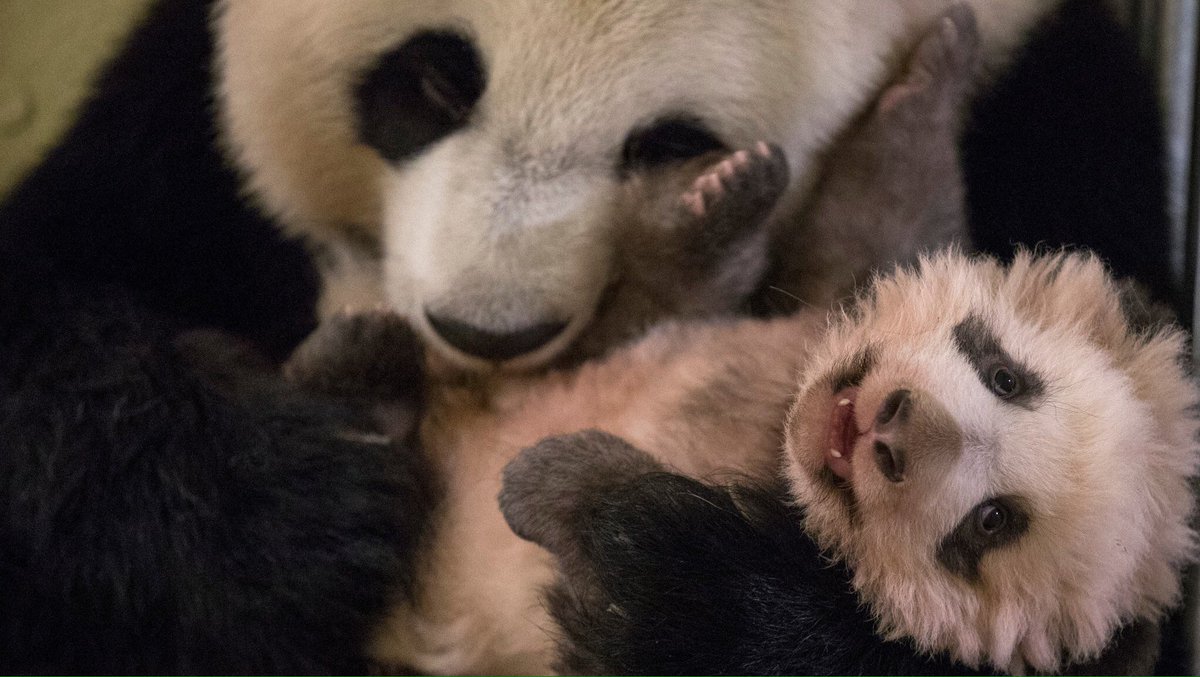