Every year, on the 2nd weekend in October, the city of Yellville, Arkansas, has a festival called the Turkey Trot. Starting in 1946 to call attention to the dwindling number of wild turkeys in the state, it soon became wildly popular and has been an annual event ever since.

However, the main attraction of the Turkey Trot is also the most controversial. The Turkey Drop is pretty much exactly what it sounds like; dropping live turkeys from high places, such as from the courthouse roof or the tops of nearby businesses, so that the crowd below can try and catch them, and take them home to keep until Thanksgiving. 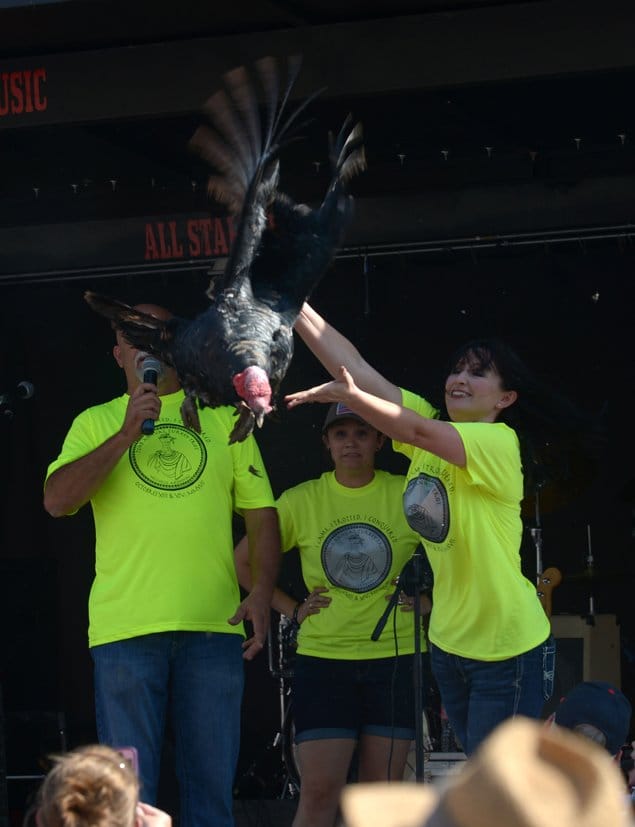 As though this wasn't bad enough, being stressful and sometimes fatal for the birds, since 1948 people have been dropping some of the birds from airplanes too. Even when local officials decided to stop endorsing it in the 1990's, a private citizen known as the 'phantom pilot' took it upon themselves to carry on the cruel tradition.

For years, animal rights and welfare groups have been speaking out against both the scheduled turkey events and the unofficial plane drops, saying that it amounts to animal abuse and also sometimes ends in the deaths of the birds, as they are not used to flying from the heights they are dropped from. 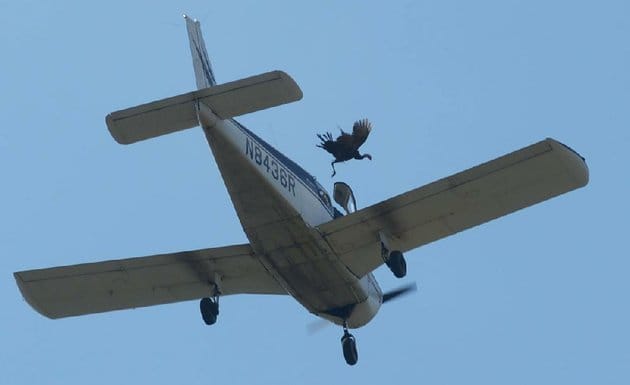 However, local officials and organizers, such as the Yellville Area Chamber of Commerce claim that they have no way to stop people from dropping the turkeys from planes, as they explained in a letter on their website:

The release of turkeys from planes has been a part of Turkey Trot for many years, but a third-party individual, not affiliated with the Chamber of Commerce, regulates it. The Federal Air Administration has deemed it legal for this act to occur at our festival as long as it is performed within the parameters that they have set forth.

The phantom pilot is named as such for a reason. There is no airstrip in Yellville and therefore we do not have any authority in terms of flight control. Furthermore, Chamber board members, Turkey Trot sponsors, and Chamber members have absolutely no affiliation, jurisdiction, or control over what any individual does in his or her private plane in the air.

However, this year the Federal Aviation Administration is investigating the event after complaints were filed to them about the plane drops. Despite officials wanting people to stop complaining about the activities at the festival, petitioning and being outspoken about how animals are being treated in the name of 'tradition' and 'entertainment' are the only ways to put a stop to it, since the event's organizers seem determined not to do anything about it. 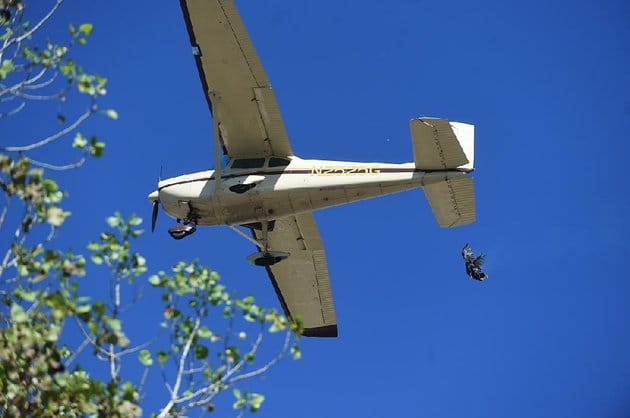 You can help put an end to the mistreatment of these turkeys by writing to or emailing the people found at the bottom of this page about the festival On PETA's website. By respectfully stating why you think they should do more to put a stop to the turkey drop, you can help open a dialogue that could protect these birds from a stressful and cruel death.

Watch a video on the Turkey Trot below: