It's no secret that dogs and fireworks don't mix well. The loud noises understandably make dogs fearful and anxious, and some may even run away.

Unfortunately, this was the case for a 17-year-old dog who ran away from home in Conway, New Hampshire, during Independence Day celebrations in the US. 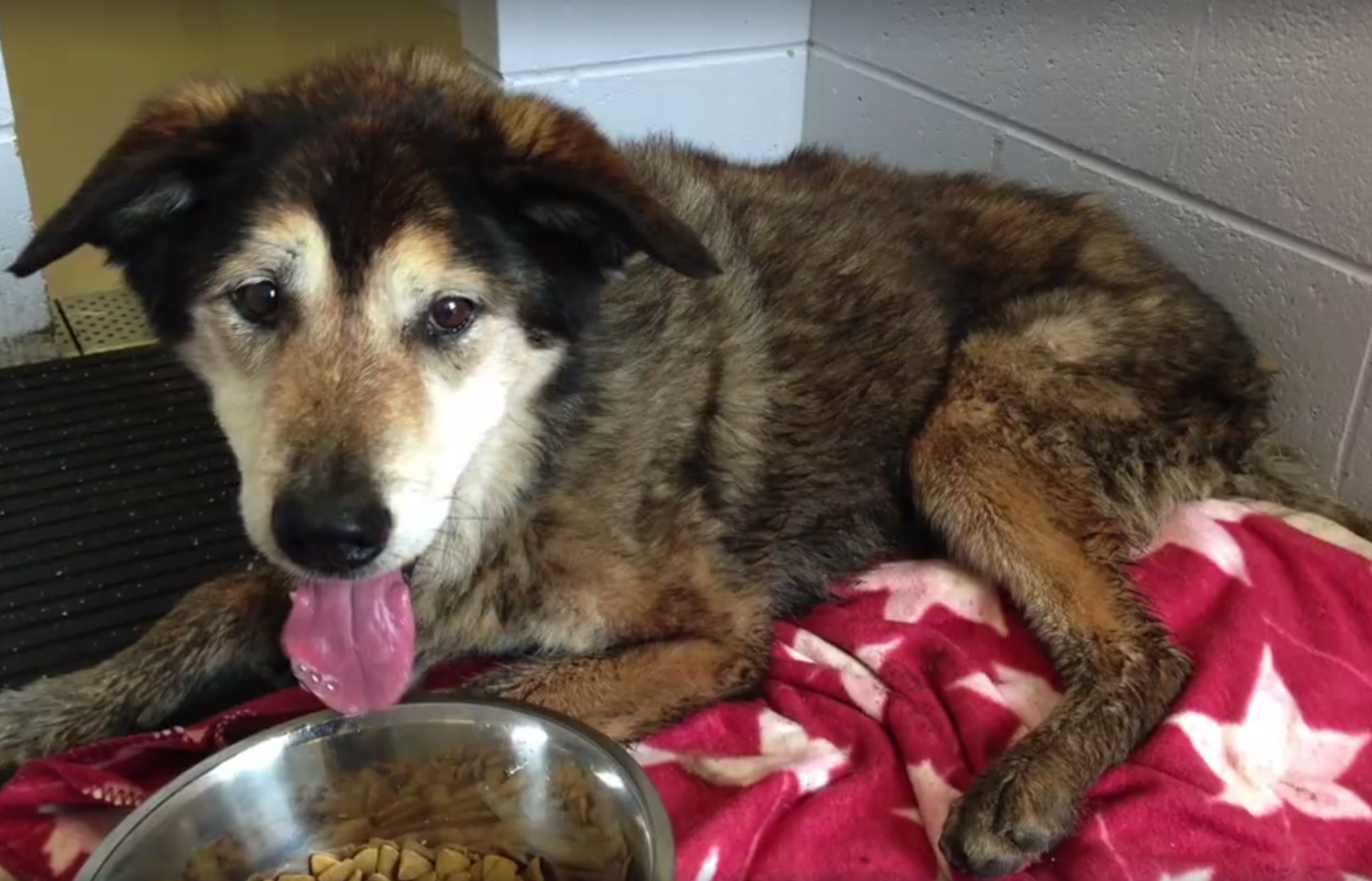 Rocky fled the scene and headed into the forest for safety, while his dad at home was beside himself.

Luckily, a logger named Jake Higgins caught sight of the dog wandering in a desolate part of the forest. The kindhearted man called the Conway Area Humane Society, thinking that the poor pup had been simply abandoned.

When Debra Cameron, operations manager at the shelter, arrived on the scene with volunteer Kevin Ahearn, they were relieved that Higgins was able to lead them directly to the dog. Cameron tells The Dodo:

We just happened to get there in time to see a flash of the dog's tail before he headed down a slope.

But being an old dog, Rocky was pretty slow. The team whistled to him and he calmly sat down, content to let them approach. The dog seemed exhausted and injured after his journey, and was happy to let them slip the lead around his neck. 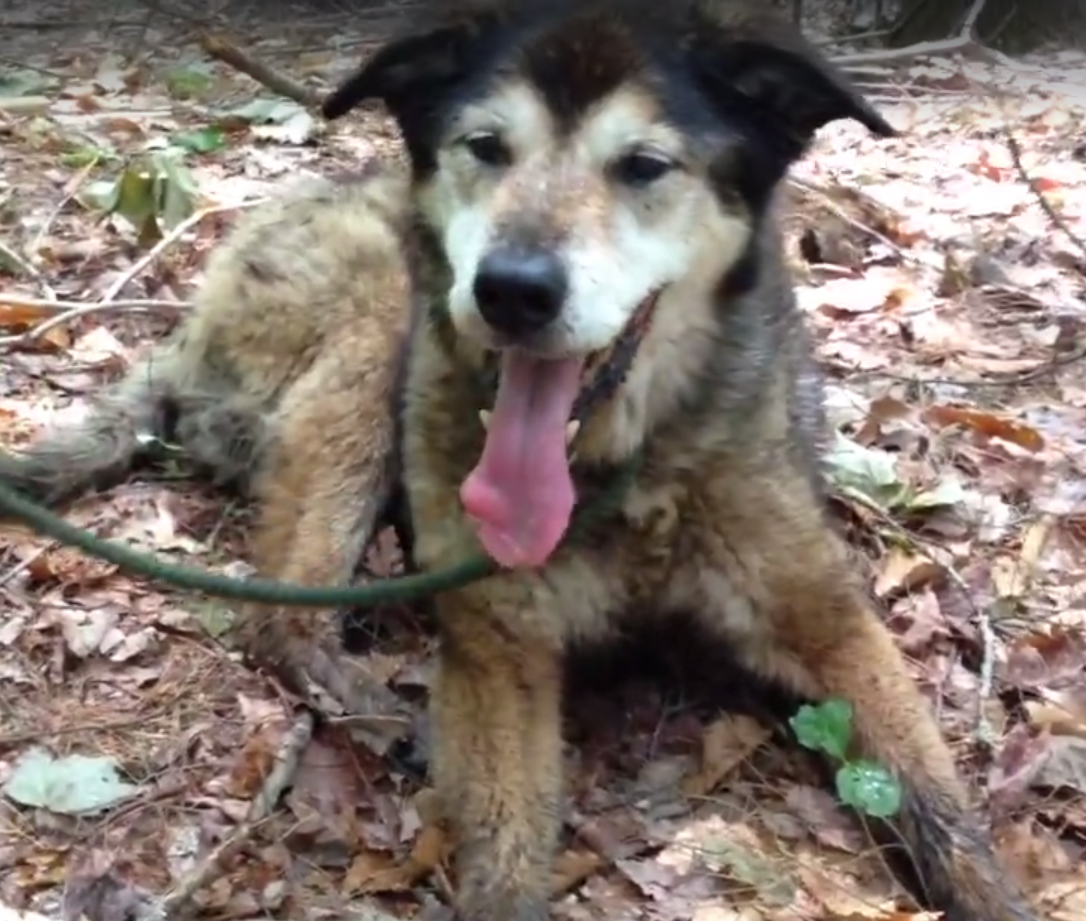 The Conway Area Humane Society posted the video of his rescue on their Facebook page.

And with the help of the internet, it didn't take long for his parent's friend to recognise the beloved dog.

Rocky was reunited with his dad a few days later, who was overwhelmed and so thrilled with the work of the CAHS that he gave them a $100 donation as proof of his gratitude. 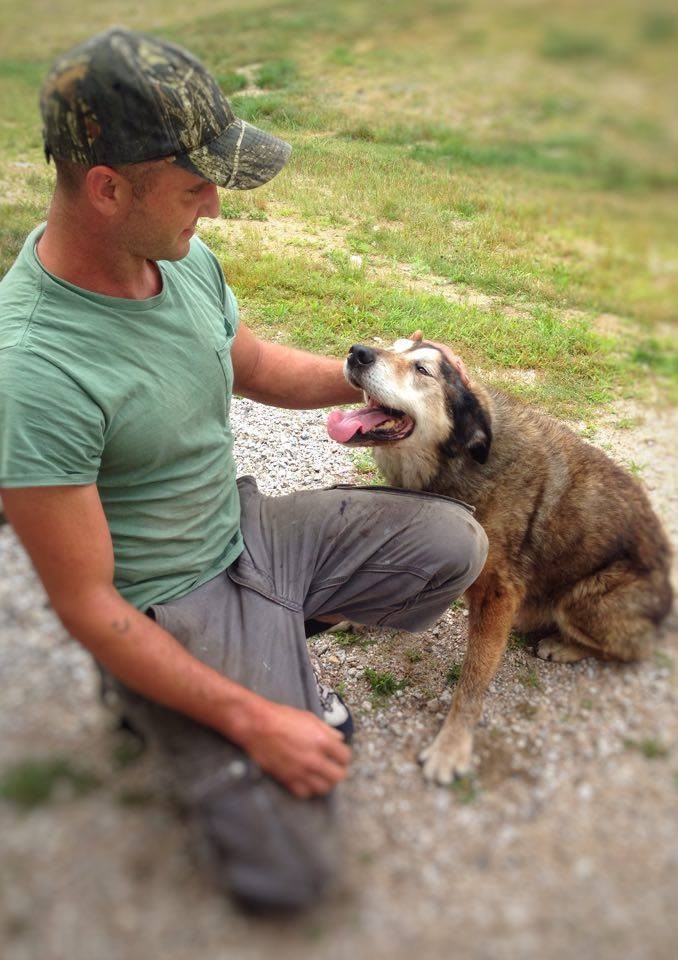 Rocky's dad is a very nice man. […] He has helped other people locally search for lost pets and is an avid dog lover. It was such a relief to learn Rocky was his and such a loved pet. 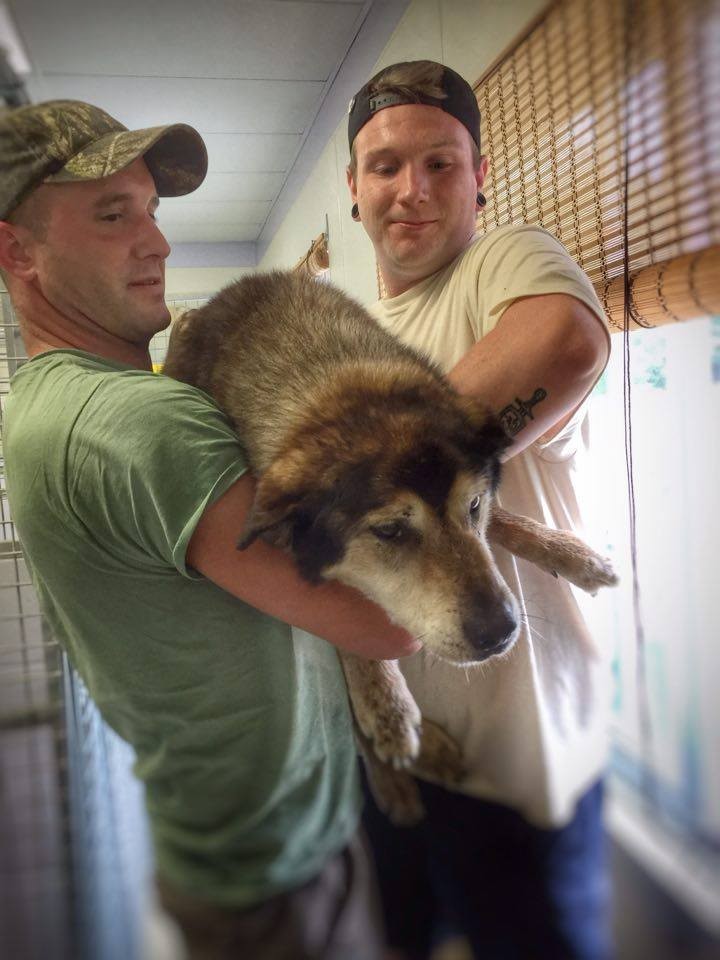 So Rocky arrived safe at home after his big adventure. It could so easily have all gone wrong, however, since dogs are notoriously unpredictable around fireworks.

It's best to exercise caution during firework season, making sure that you know when your neighbours are planning to let off fireworks so you can keep him indoors.