Pamela Anderson has never been quiet about her support of animal rights. She has spoken out against the use of fur in fashion and animal testing, as well as advocating strongly for vegetarianism.

The American actress has fought for those who don't have a voice once more by protesting outside of French marine park, Marineland d'Antibes, at the end of August. Standing in front of the park in Antibes in the French Riviera, she denounced their treatment of marine mammals such as orcas and dolphins, who are kept in pools far too small for them and made to perform in shows, doing unnatural stunts and tricks for the pleasure of human spectators. 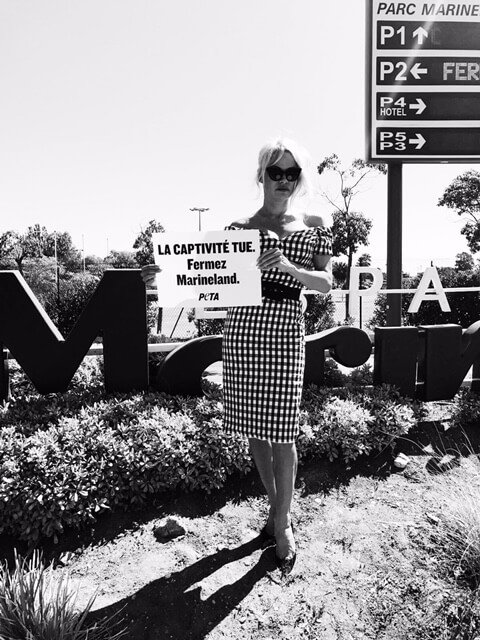 No one wants to live their lives in a bathtub. And that's exactly what Marineland inflicts on the orcas they imprison. It is time to re-evaluate, give these animals a more natural environment to live in and transfer them to a marine sanctuary. 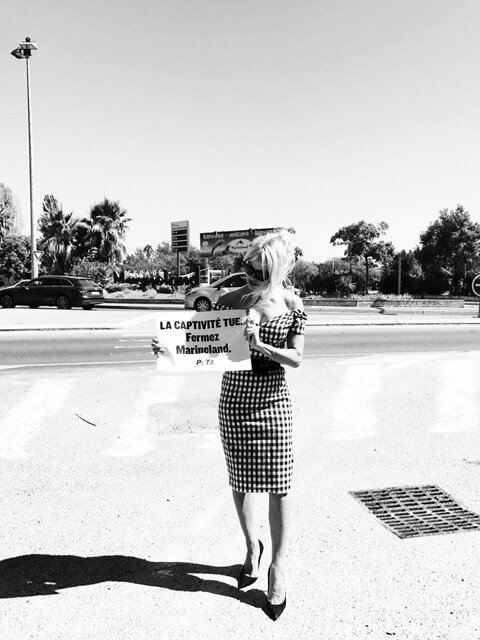 Over the other side of the Atlantic, the actress, known for her role in the TV series Baywatch, regularly calls out SeaWorld, a company that owns several marine parks in the United States. Earlier this year on janvier 6 2017, SeaWorld made headlines worldwide when they announced the death of Tilikum, the infamous orca who starred in the documentary Blackfish.

The film tells the sad story of his capture from the wild, his imprisonment at various SeaWorld parks and the 3 people that he killed over the course of his life.

On August 15, another orca named Kasatka was euthanized by veterinarians at the age of 42, only 1 month after the death of her granddaughter, 3-month-old Kyara. 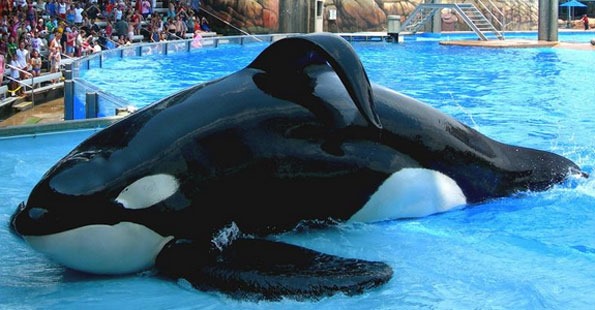 Orcas are very social animals who can swim 100's of miles a day in the wild. In the pools where they are trapped in when they live in marine parks, they frequently show signs of mental and physical distress, separated from their pods and incapable of roaming like they do in their natural habitat.

A life in captivity severely damages these intelligent and sensitive creatures.

Pamela Anderson isn't the only celebrity who has spoken out against parks like Marineland. Matt Damon, Olivia Wilde and even Harry Styles are just a few of the many people who are starting to realize that marine mammals should never be kept in tanks. Calls for the beautiful creatures to be released into specially adapted coastal sanctuaries are becoming more and more common.

It looks as though things are slowly changing. Public opinion, informed by animals rights campaigns, is turning against these cruel prisons, with even the authorities joining the fight. On May 3 2017, Ségolène Royal, former French Minister of the Environment, signed a law banning the breeding of captive marine mammals in France.

But the fight isn't over. If you feel strongly enough about getting these animals back into the open sea, you can join PETA’s campaign against SeaWorld.