At present, the situation of the Great Apes of Africa is more than alarming. Gorillas, bonobos and chimpanzees, which belong to this category, may soon disappear due to numerous threats, such as poaching and deforestation.

Their preservation, just like their natural habitat, is of paramount importance, and people all over the world are fighting for their survival.

This is the case of Amandine Renaud, primatologist and doctoral anthropologist, and founder of a conservationist project called P_WAC ("Project for Wildlife and Apes Conservation"). 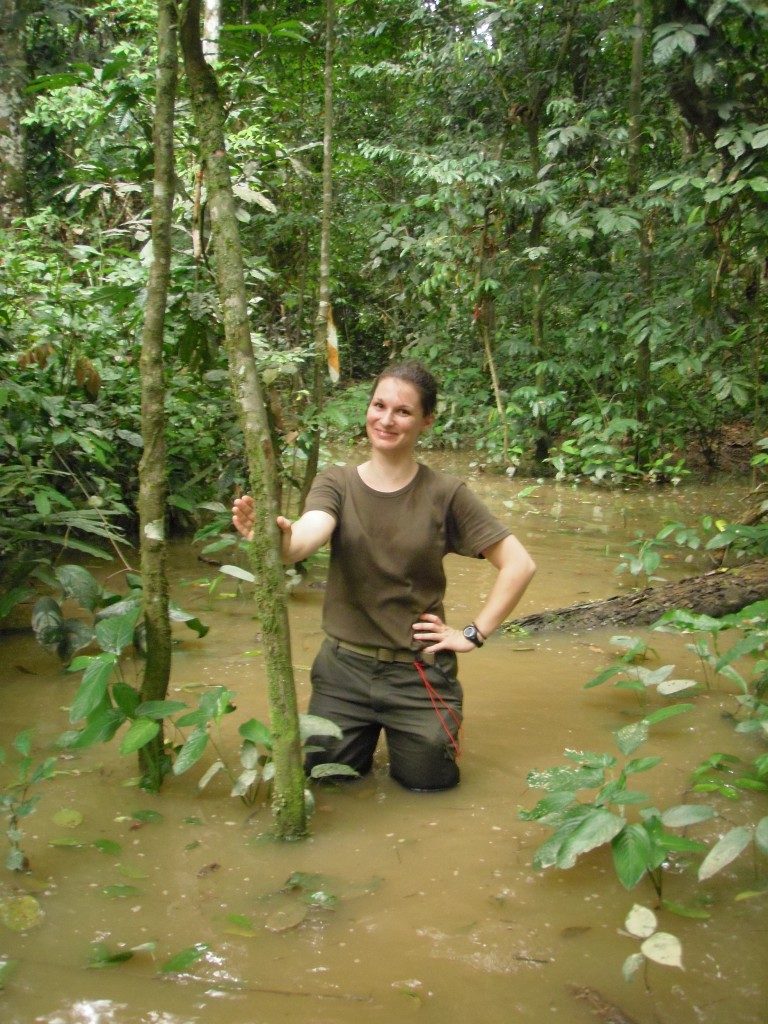 Focused on sustainable development, citizen participation and animal preservation, her project was launched in the Democratic Republic of Congo (DRC) in 2013. The aim is to "minimize human-wildlife conflicts by showing local (and international) populations the economic value of protecting endangered species".

Today, and exclusively for Holidog Times, Amandine agreed to tell us about her project, her daily life in Congo and her future ambitions.

For Amandine, it's not just about protecting the Great Apes threatened with extinction. Her goal is in fact much larger, since it makes it a point to involve villagers in the preservation of monkeys and their environment.

I had already worked for several years on projects with chimpanzees in Congo Brazaville, and I had also worked with bonobos in DRC on a research station. I've always liked the land, but I didn't think there was enough interaction with the villagers, and we didn't take enough into account the local populations. They were given work, but there was really no sharing. So in 2013, I decided to set up my project, and the idea was really to set up a chimpanzee conservation project involving local communities, especially women. 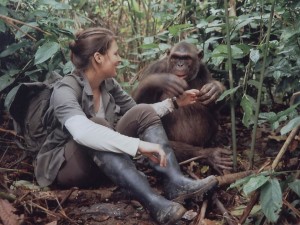 Awareness is at the heart of her project.  Because as she herself says, in a country ravaged by corruption, laws in favour of wild animals are not respected. It is therefore vital to raise awareness of the fate of these species, most often poached for their meat.

There is a cruel lack of information. In the area we were in at the beginning, people did not know that animals were protected. It's just good food for them. So we try to inform the villagers that there are animals like chimpanzees that are part of Congo's heritage and that they must be preserved and protected for future generations.

But this learning also takes place in France, thanks to the volunteers who work for the association and give conferences on the subject.

"The young are rescued to be sold as pets"

If in Congo, monkeys are not yet accepted as a protected species, it is simply because they are most often perceived as edible or saleable goods.

It is important to know that all animals in the forest are hunted for their meat. In the case of monkeys, the adults are hunted for meat, and the young, which are usually hung on their mother's arms, are rescued to be sold as pets. They are caged by local people and used as guard dogs. Primates are territorial beings, so they will shout, vocalize when an individual enters a person's home. So if it goes wrong, they're eaten. This is for the little monkeys. Chimpanzees have the same fate, but they are much more expensive so it is often the wealthy local populations who have access to these kind of animals. 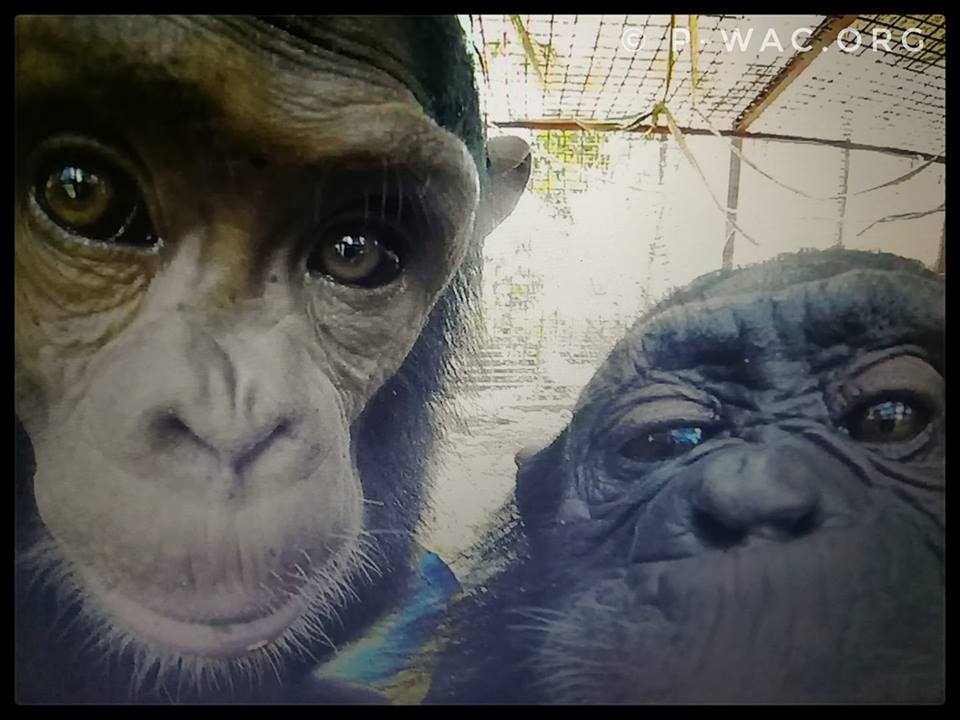 In order to counter these practices, P_WAC missions eco-guards, in charge of ensuring the safety of primates by roaming the forest in search of traps among other dangers.

We, as NGOs, are not allowed to seize animals. It is the local authorities who do this, and then they entrust us with the animals for rehabilitation.

A rehabilitation center for apes

But what about rescued animals? How do you teach apes that have been hunted all their lives to live in nature, among their peers? Once again, Amandine and her team of volunteers know what to do.

On the ground, we set up a primate rehabilitation center. It's like a health center. We're recovering apes that are victims of poaching. We have a centre in the middle of the forest, a quarantine zone for incoming animals, to avoid disease transmission. Then after forty we take these little monkeys and we walk with them in the forest so that they relearn wild life. At the same time, a large structure is being built for chimpanzees to relearn wildlife.

Currently, Amandine is in charge of two female chimpanzees, Youyou and Mongo, who were recently rescued along with seven little red-tailed monkeys. 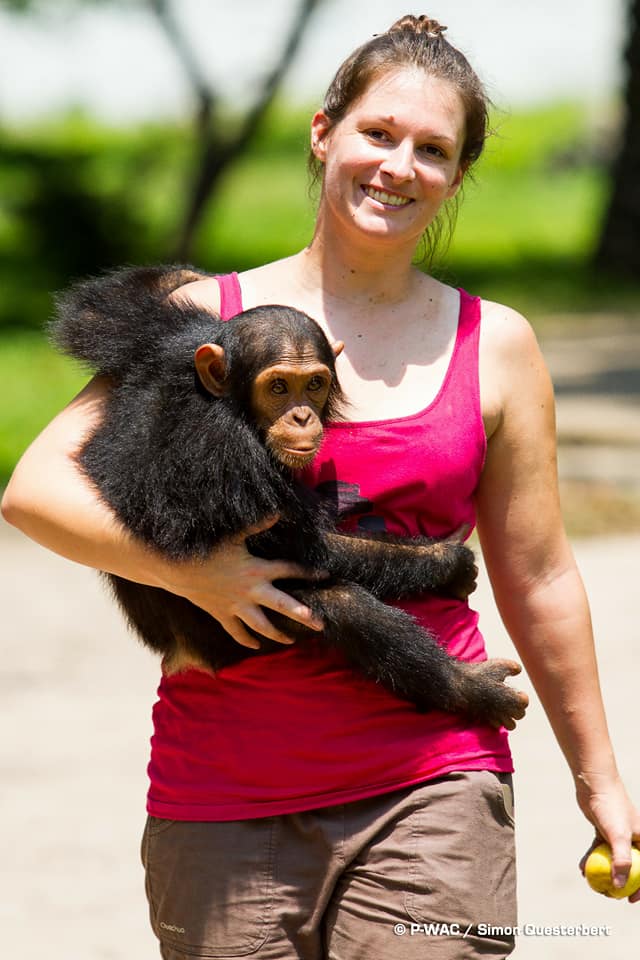 In order to collect donations to build an enclosure for the two young primates, as well as to finance the salaries of the guards and other villagers involved in the project, P_WAC will participate on June 17, in Lyon, in the Hero Race, organized each year to help associations like Amandine to finance their projects.

"It's the project of a lifetime"

When we asked Amandine one of the things that had marked her most since she has lived in Congo, she answered us:

On a daily basis, what really touches me is these little monkeys that we recover for example. They have known hunting, they have seen their whole group killed, they have known what it's like to be tied on a bike to be sold as a pet, they have experienced the stress of the street, the world outside the forest, and when we arrive to rescue them, I do not know if they feel it or not, but they give us all their confidence. It's something that really touches me. As soon as they feel at ease, they trust us and we become mothers or substitute fathers. It's pretty amazing.

Working on a project such as this one, is as Amandine says, "a long term project, [a] project of a lifetime". 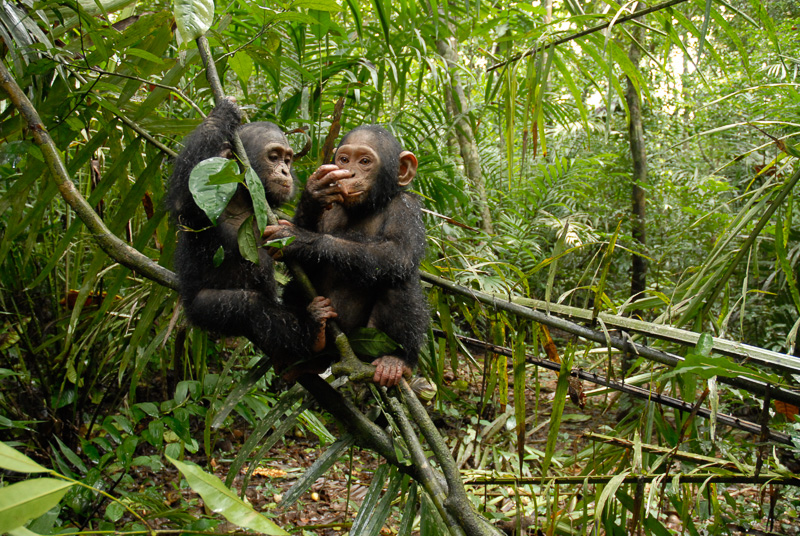 P_WAC's ambition is to grow, to make others aware of the cause of the Great Apes, and to obtain more grants in order to move on to a crucial stage: professionalizing the project. The donations collected are also used to finance rehabilitation pens, but also the villagers' salaries.

Amandine would later like to be able to hire women to grow the fruit that monkeys eat, as well as finance a social project called "rural grouping for women".

For me, getting involved is not just to give a job, it is really to get people to collaborate with me to manage the project, and to have them in charge of projects as well. For me, this is what was missing in the other projects I worked on before. 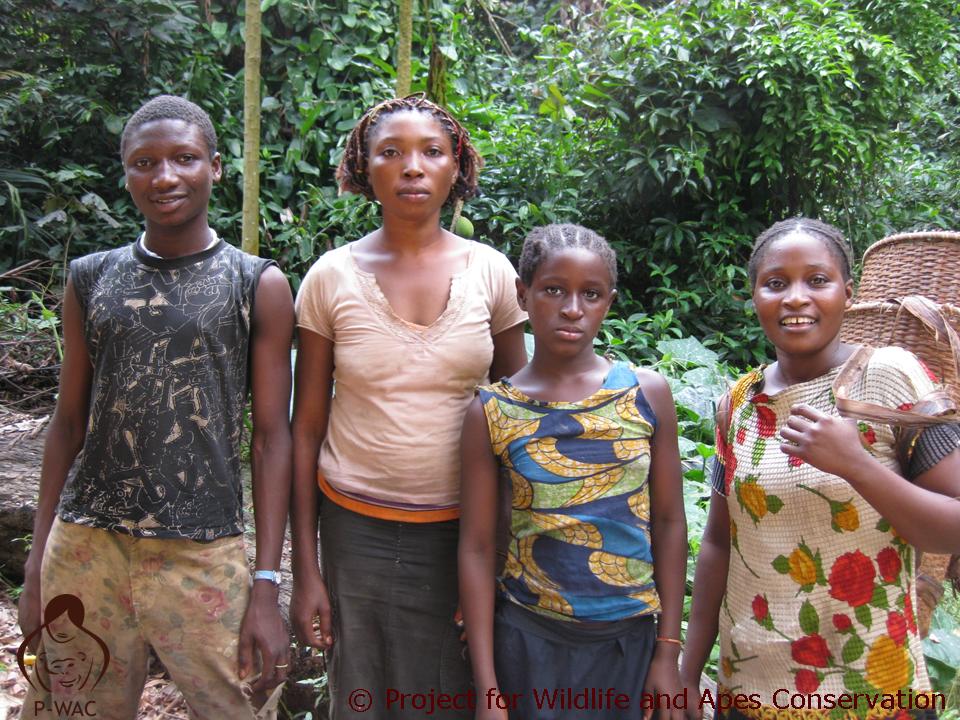 If you would like to make a donation to support Amandine and her project, you can do so by clicking here.

For more information on P_WAC or how to become a volunteer in Congo, visit their website.