In Taiwan, one family decided to dedicate themselves completely to caring for stray dogs by opening up their home to around 3000 strays. Dogs of all shapes and sizes, from lap-dogs to the more adventurous characters, all find a home at Mrs Hsu's Sanctuary. 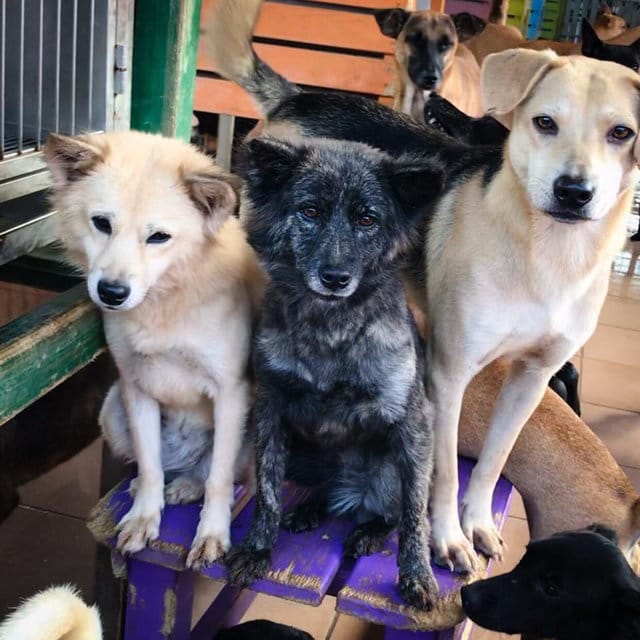 Increased numbers of stray dogs in the country

Due to the growing number of stray dogs in the country, one family decided to sacrifice their spare time in order to come to the aid of homeless dogs who have nowhere to go and often need veterinary attention.

Since its opening five years ago, the shelter has had to face the large increase in the number dogs which are injured, abandoned or simply born on the streets. Thanks to a good samaritan, the shelter is currently able to take in all these dogs in an environment worthy of a real shelter. 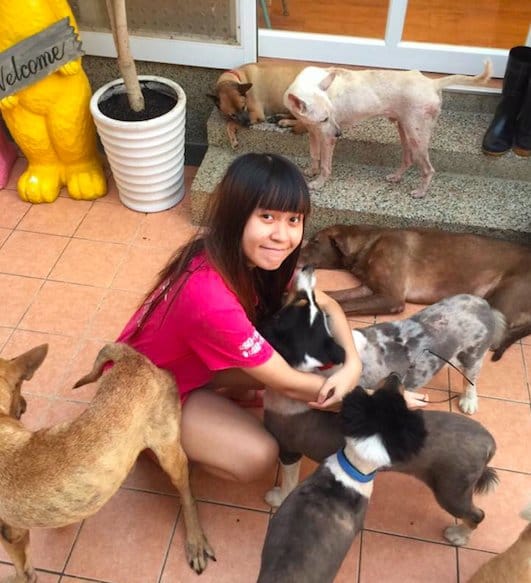 Angel Wang, like many other volunteers at Mrs Hsu's Sanctuary, began working for the shelter because she was aware of the number of stray dogs in her country and the problems they faced. She has now been helping there every day for the last four years. Angel told The Dodo:

I really love dogs, but especially the stray dogs. Because there are so many, our shelter has become the largest one in Taiwan.

A pioneering country for animal rights

Last February, Taiwan became the first country ever to ban the euthanasia of stray dogs with the intention of controlling the population. Since then shelters in the country have been working hard to apply new principles of respect for animals to castration and sterilisation campaigns. 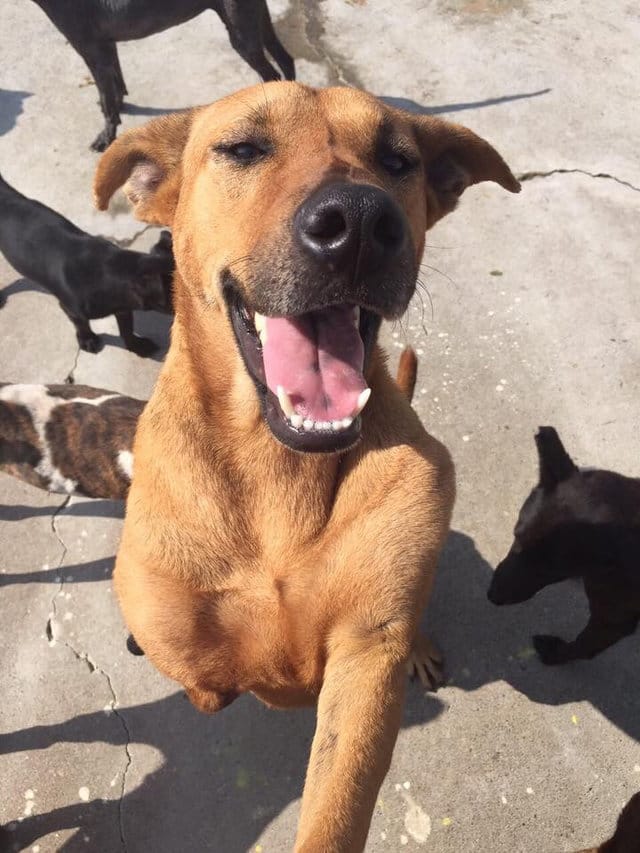 The goal of this move is to raise awareness with regard to the impact of dogs breeding. People come to expect this large number stray dogs being born in order to reduce it.

The shelter doesn't only take in stray dogs. Survivors of car accidents and victims of jaw-traps may also be counted among the residents there; it's not unusal for farmers to place them around their plantations to prevent animals from eating the crops. And dogs aren't the only ones affected:

We have a vet in our shelter, but if the dog has an injury that is too critical, they’re brought to a local animal hospital. e have a number of dogs with missing legs or paralysis in the back legs. 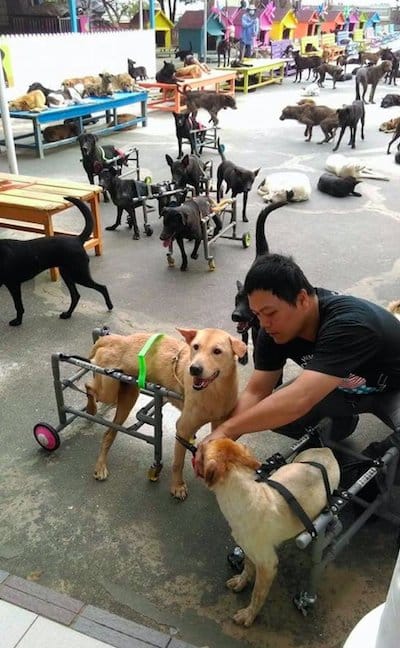 As well as many full-time employees and volunteers, the shelter is supported by a wheelchair manufacturer which provides mobility aids for any dogs which need them. 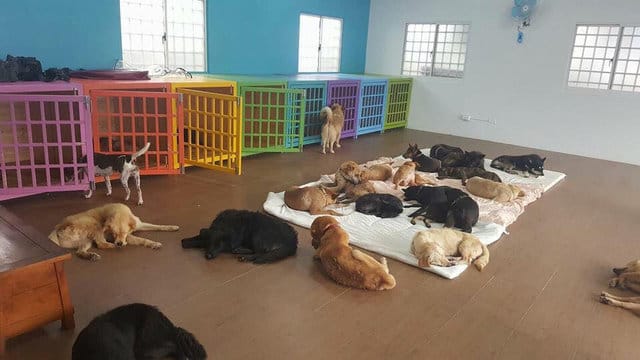 In addition to vets, the shelter has access to a large grooming parlour, a play room and a space reserved just for cats. 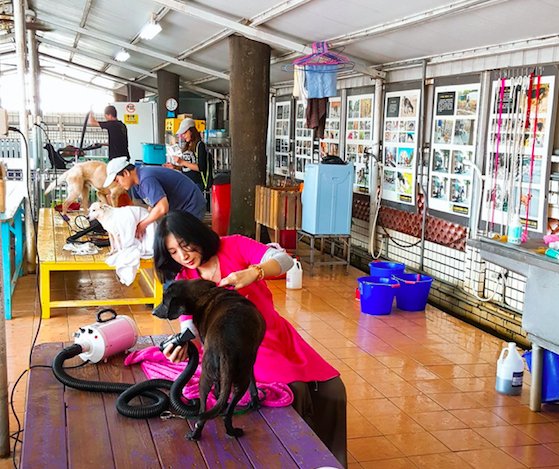 Angel revealed that she is especially fond of one-on-one time with the dogs. In December 2015, she became close with a grey dog called Huei Huei, which she adopted in March 2017. 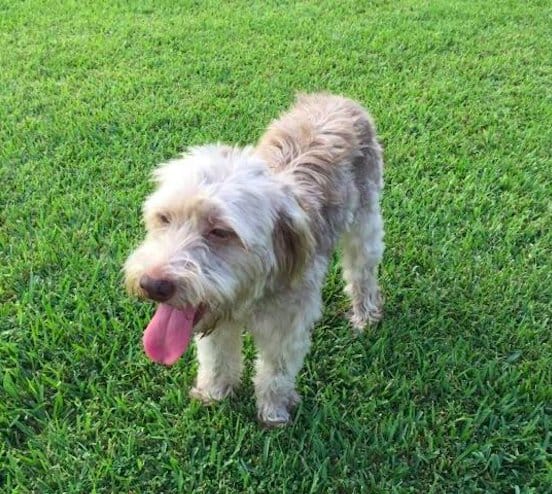 She was immediately very kind to me and wanted to sit on the floor and play all day. Everytime I’d go in to volunteer, she would spot me and would walk beside me for the rest of the day. I eventually started calling her Huei Huei, which means ‘gray'. 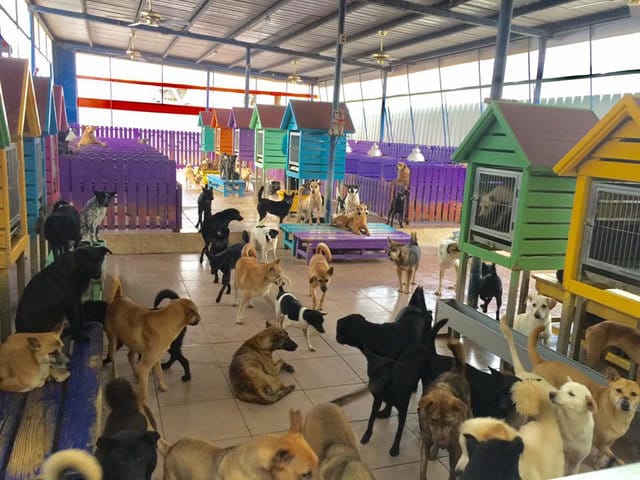 Mrs Hsu's Sanctuary takes in a large number of animals, and the employees and volunteers show a lot of perseverance by coming to the aid of these cats and dogs. Their organisation depends entirely on donations made by people in the region.