Last October more than 100 members of a species threatened by extinction were found during a police raid on a bus in Vietnam. In total, 32 pangolins and 69 tortoises were saved, after being found tied up in plastic bags and completely terrified. 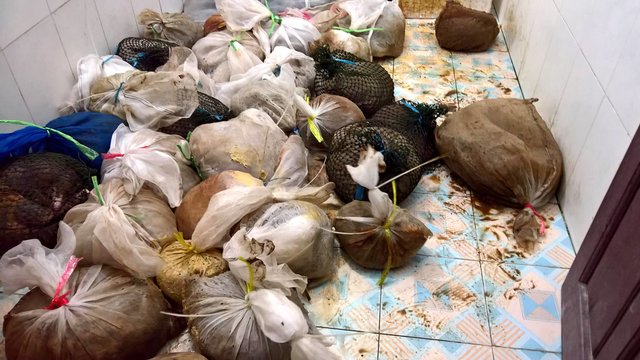 Volunteers from Save Vietnam's Wildlife, an association that fihts illegal animal trafficking in northern Vietnam, swiftly arrived to help calm and asses the creatures.

The Pangolins, docile mammals that curl up into a ball and use their spiky skin to protect themselves, were all found in this position, clearly terrified. Several minutes after being rescued, they started to unwind themselves, feeling more at ease without the roar of the moving bus and the confined spaces of the bags they'd been kept in. 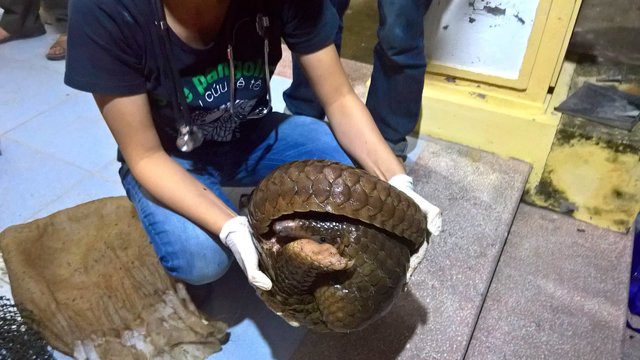 The police sadly haven't found those responsible for trafficking the animals, which often happens in South-East Asia. Pangolins, the most poached species in the entire world, are hunted for their scales, which are used in traditional medicine. Tortoise meat is considered a delicacy in the region.

According to the Pangolin Specialist Group, more than a million pangolins lost their lives to illegal trafficking between 2004 and 2014, and sadly the practice doesn't seem to be slowing down. 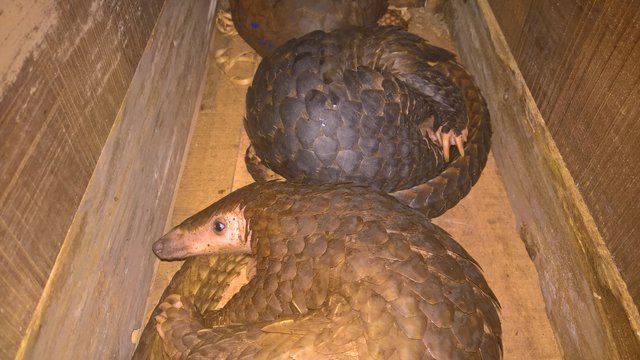 Lucky for these particular creatures, they were given a second chance and sent to a sanctuary owned by Save Vietnam's Wildlife, to be treated, observed and released back into the wild. Although many seem fragile right now, experts from the association doubt that there will be any long term effects.

Watch a video of the rescue here: