This might be one of the cutest animal friendships we've ever come across.

When Rebecca Pizzello called up a shelter in New York, called Brooklyn Animal Action asking to adopt a little abandoned kitten, she never expected how much it would change her life… Or her Pit Bull's.

Two months later, and an adorable ginger kitten called Rue is living in her home. The orphaned kitten was adopted for good by the young woman and came home with her two months ago.

But it was Rebecca's rescued Pit Bull called Bubba who welcomed the kitten with open paws, reports The Dodo. 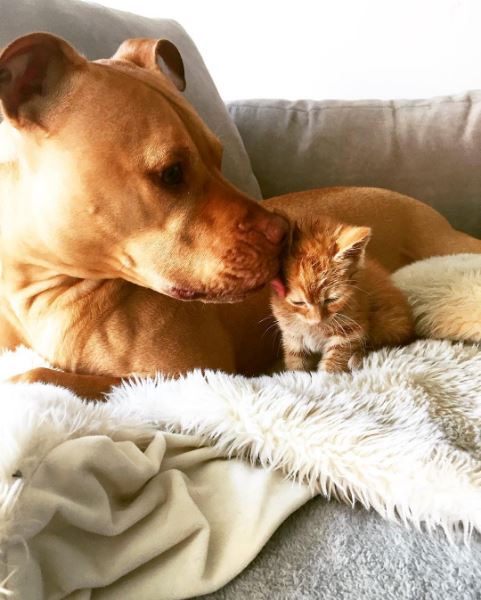 Bubba is an extremely affectionate Pibble and he has always adored cats since he grew up alongside them. 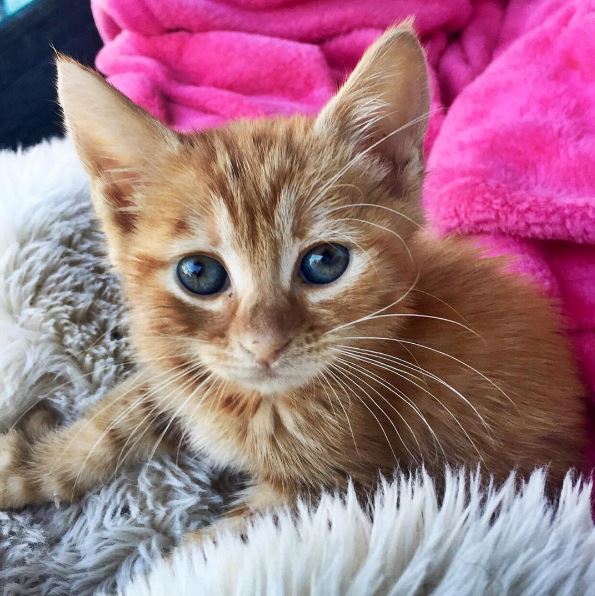 Rebecca adopted Bubba from a shelter in Phoenix ten years ago.

Once the puppy had settled into his new home, he spent his days surrounded by a family of cats who Rebecca had rescued off the streets. 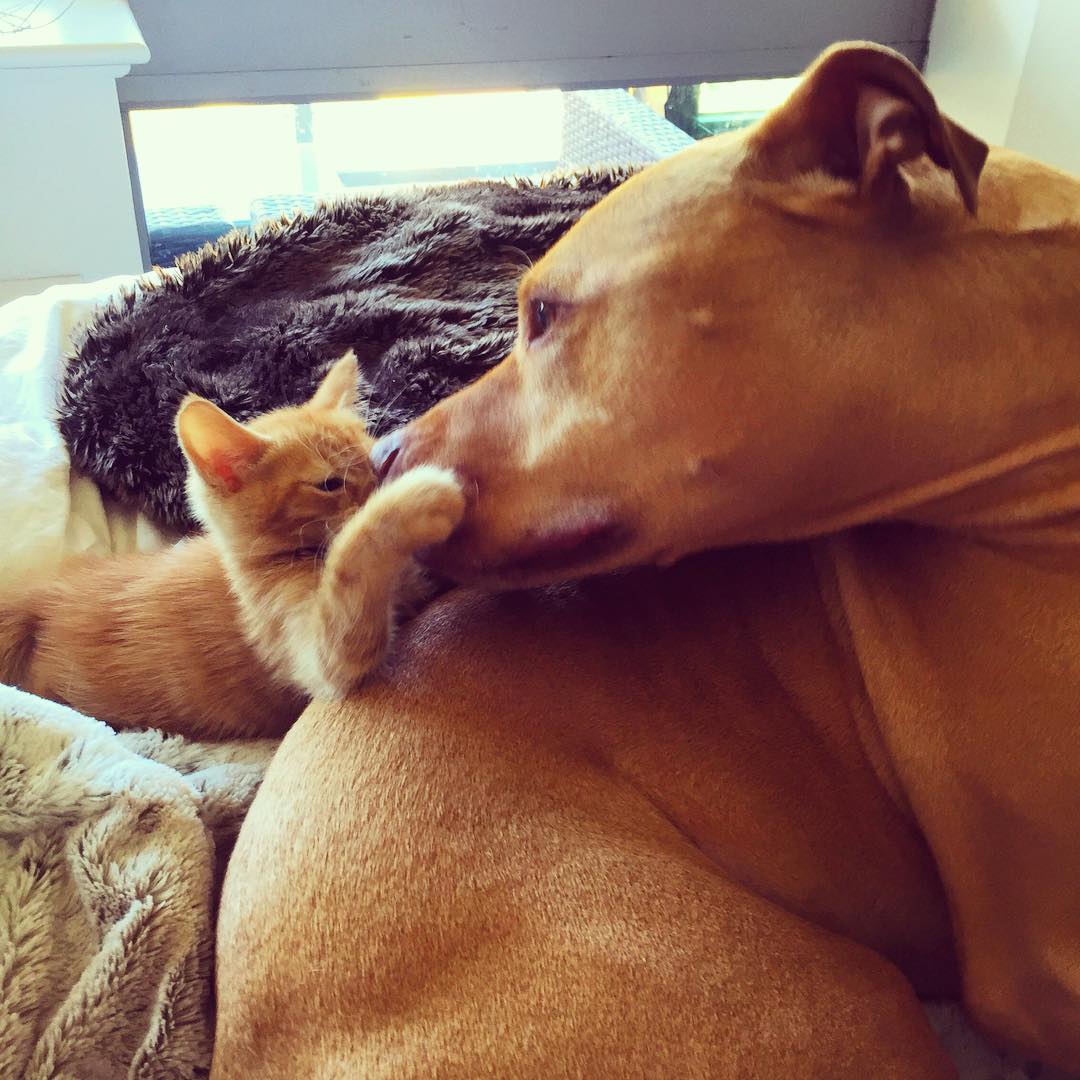 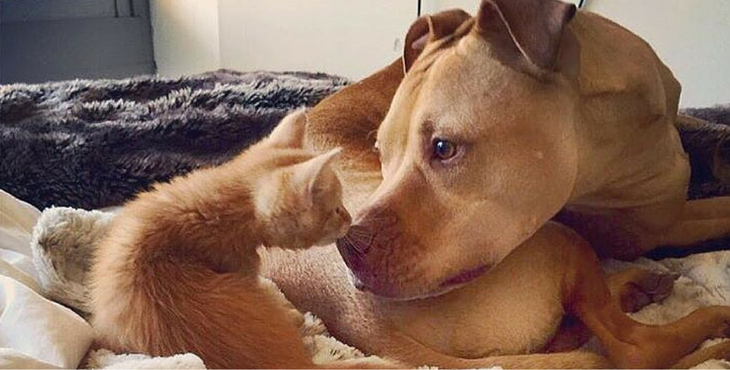 In an interview with The Dodo, Rebecca said:

Since then, Bubba has had an endless affection for cats. Like, literally obsessed. I always knew he'd love having one of his own, but I wanted to wait until we moved to New York City [from Los Angeles] this year.

And the special day finally arrived when Rue came home with Rebecca.

It was no surprise that the Pit Bull immediately fell for his new feline friend, and Rue absolutely adores her adoptive dad.

Watch a video of the two of them affectionately playing here:

Whoever said Pit Bull's were a so-called "dangerous dog breed"?!

This is one of the sweetest, most affectionate Pitties to ever exist, and Rue knows just how lucky she is to have him watching over her! 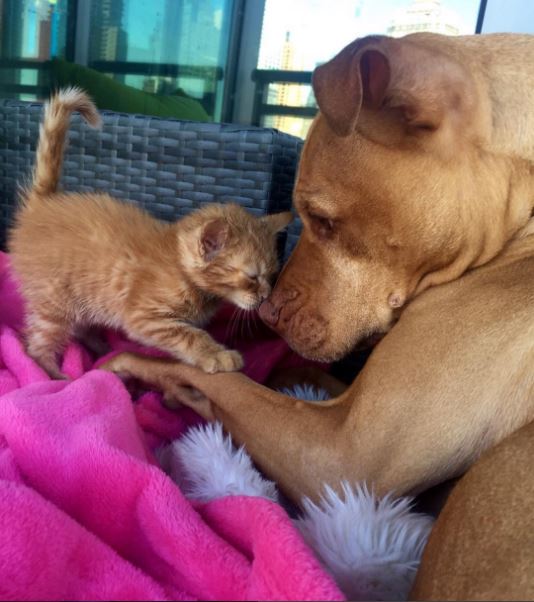 If you want to keep up to date with Rue and Bubba and all their cuteness, you can follow the pair on Instagram.