Horace, a little monkey from Zimbabwe, had a rough start in life. When he was only two days old, his mother was hit by a car and died in front of him. 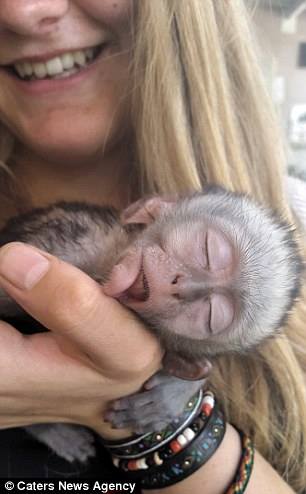 He had no chance of surviving on his own, but luckily a young woman noticed him next to the road standing over his mother's body. She took him to Twala Wildlife Foundation, a shelter for abandoned animals.

Horace was supposed to only stay in the shelter until he was strong enough to be freed into the wild on his own. In the beginning, the workers thought that he would find it difficult to live with other animals, due to his traumatic experience, and because there are mainly cats and dogs at the shelter. 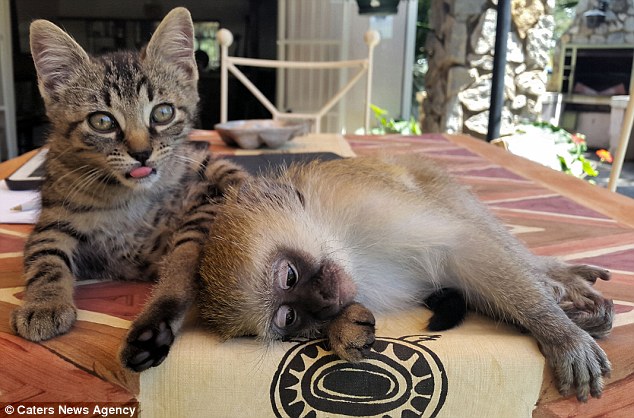 But everyone got a pleasant surprise when they realized that Horace quickly became the sanctuary's mascot and everyone's best friend. He showers his cat and dog friends with affection. Sarah Carter, director of the foundation, said that they receive a lot of baby orphans and are forced to put them together for a lack of space. It is the company they keep that usually helps the animals heal quicker and find comfort in each other, even if they are different species. But Horace went even further than that. He created strong bonds and he brings love, support and care to each and every friend at the shelter. 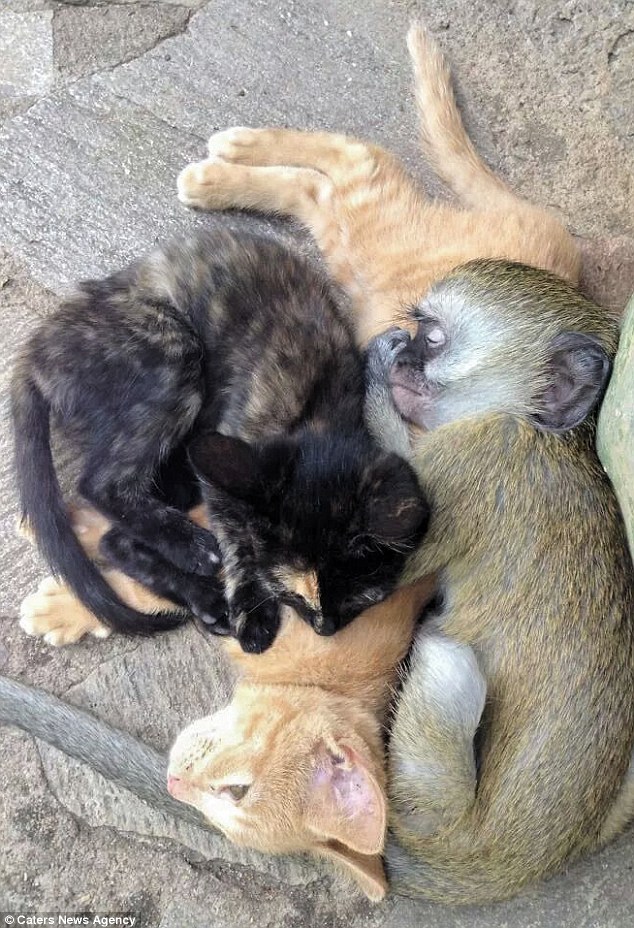 Since his arrival at the shelter, the monkey has grown up and is capable of surviving on his own. He is free to leave but Twala has become his home and his friends have become his family. He has a deep friendship with dogs Sarah, Keiko and Christine, as well as a cat called Freddie.

Horace's favorite activity is napping, especially when it means cuddling with the pups and cats. Sarah said:

And he loves to nap and sleeps anywhere he pleases – on the couch, on top of the door, in the laundry basket. 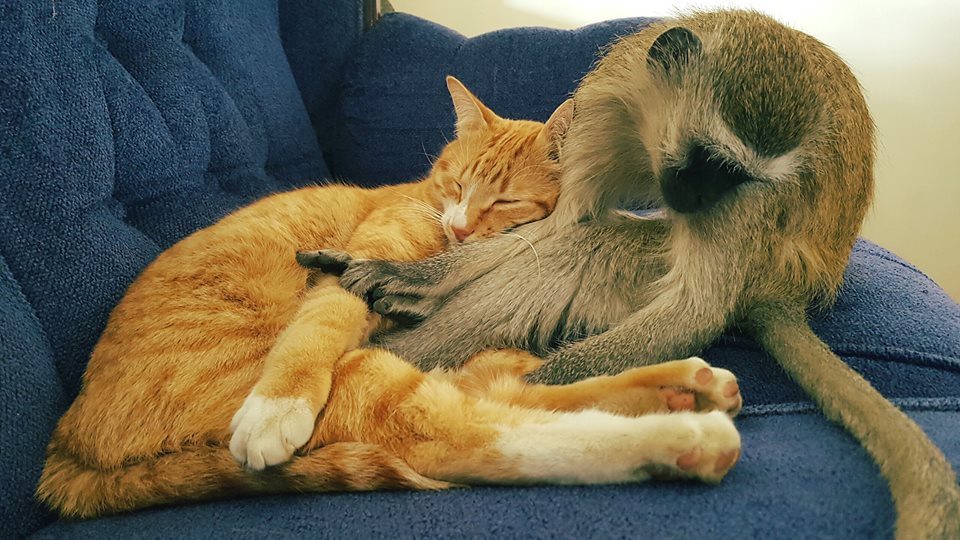 This little monkey's presence has changed the lives of everyone working and living at the shelter. No-one can live without him anymore, and it seems to come from both sides. Horace shows us that love knows no boundaries – species, human, animal – we all need love and support from friends like Horace.

If you would like to support Twala Wildlife Foundation so that they can help and rescue more abandoned and orphaned animals, you can make a donation here. 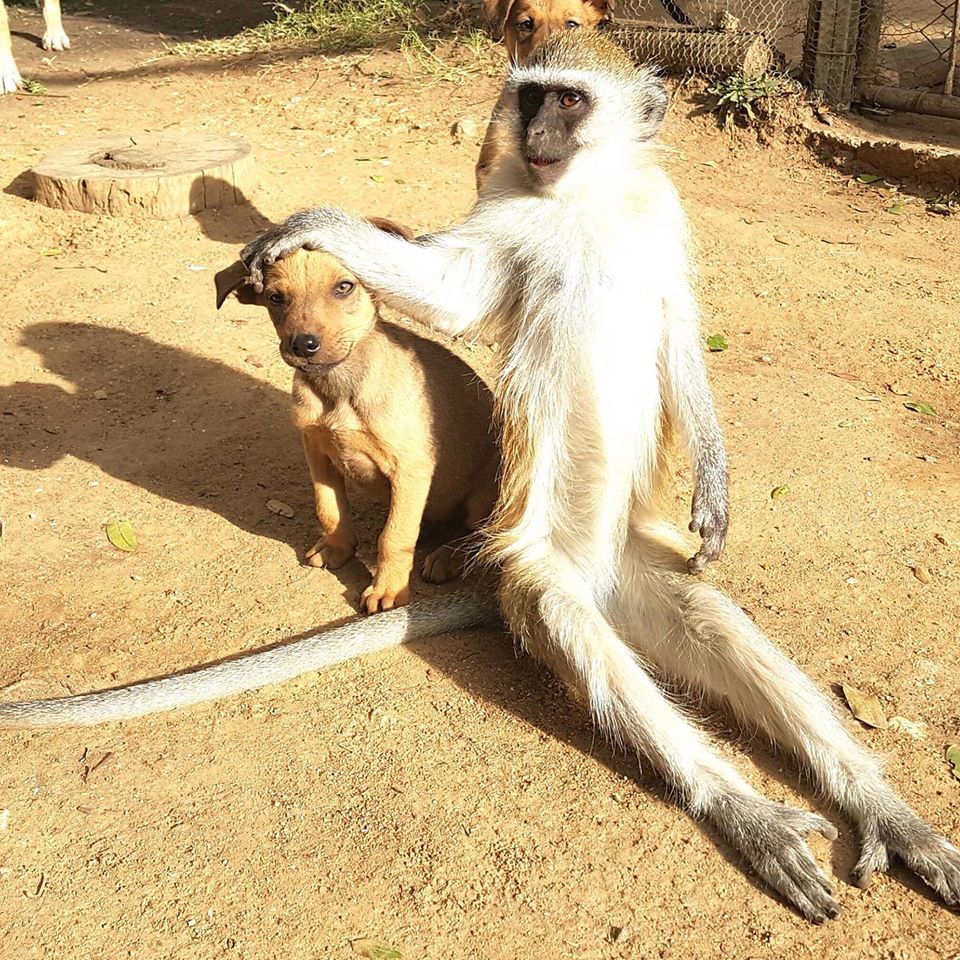 In the meantime, have a look at Horace in action: