Last week, International Animal Rescue (IAR) captured a truly heartbreaking scene. In a desperate attempt to save his home, an orangutan leaps onto a large trunk and tries to stop the excavator responsible for destroying his home. 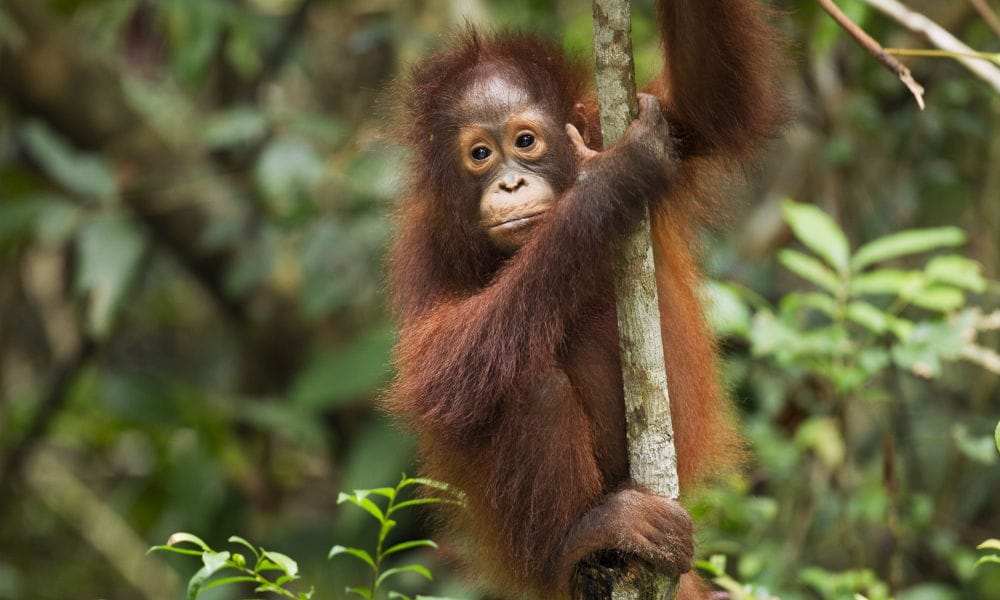 Sadly, his efforts were in vain as he slips and falls off the trunk and into the already destroyed stack of trees that he used to call home. With the rain battering down, the poor orangutan struggles to stand back up again.

This distressing moment a construction crew demolishes a section of the Sungai Putri Forest was caught on camera in West Kalimantan, Indonesia. The area itself is a known habitat of the critically endangered Bornean orangutans and the ape's last-ditch effort to save his home just shows the cruel extent to which these animals have been pushed at the hands of man. 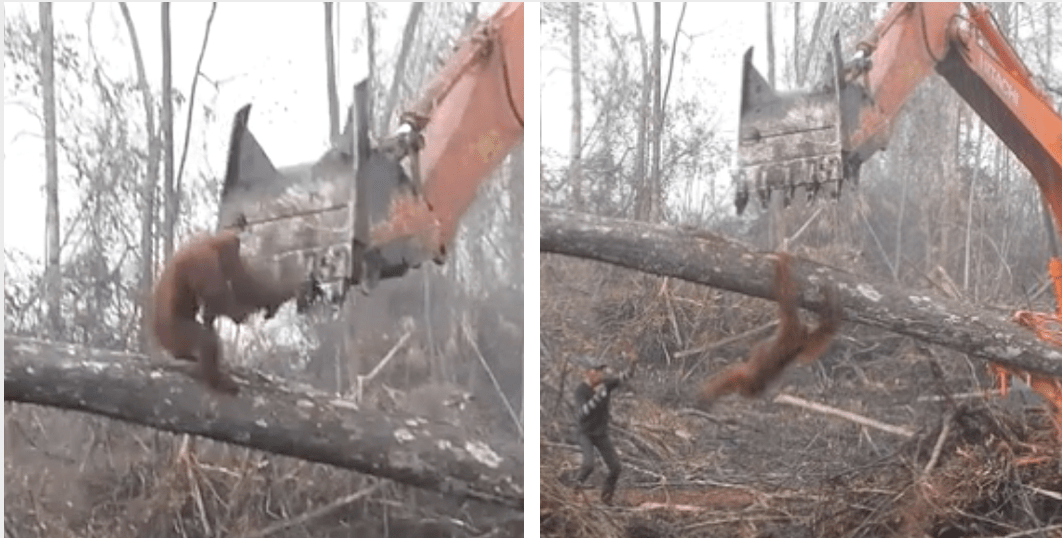 Screenshot of video of orangutan trying to fight off excavator. Source: IAR

Fortunately for the orangutan, the IAR were close-by and swiftly relocated him to a remote, protected area of forest. According to The Dodo, the organisation wrote about the video:

Unfortunately, scenes like this are becoming more and more frequent in Indonesia. Deforestation has caused the orangutan population to plummet; habitats are destroyed and orangutans are left to starve and die.

The Sungai Putri Forest is one of the very few places left in the wild for Bornean orangutans who are under impending threat from the ever-growing palm oil plantations and other development projects. 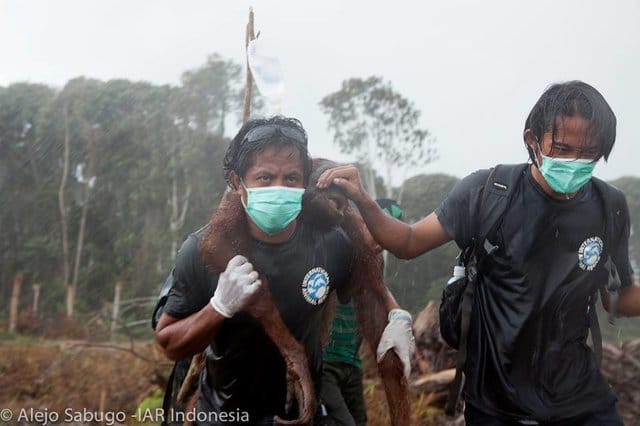 Members of the IAR bringing a different orangutan to safety. Source: IAR

A recent investigation by Greenpeace Indonesia has revealed at least six illegal logging settlements exist in or near this specific forest. The logging is said to mostly take place during the night, even in areas where mother orangutans have built nests to raise their young.

Over the past 50 years, Bornean orangutans have sadly lost more than half of their natural habitats due to deforestation. If this wasn't bad enough, many apes are at risk of being shot if they try to return to the land once a palm plantation has been put in place.

Karmele Llano Sanchez, program director of IAR in Indonesia, said in a statement:

Sungai Putri is home to one of the largest populations in the world and we are at a critical point for the Bornean orangutan. Without forests like this, they can’t survive.

Currently, the IAR is working hard to put an end to logging operations such as this, and save the orangutans' homes. With forests being continuously targeted by development, as much help as possible is needed. You can watch the video of the orangutan below:

WORLD ENVIRONMENT DAYThis dramatic footage shows the devastating impact deforestation is having on precious orangutan habitat. This desperate orangutan is frantically seeking refuge from the destructive power of the bulldozer; a machine that has already decimated everything else around him. Despite all the obstacles thrown at them, our team were able to rescue this orangutan and bring him to safety. Unfortunately, scenes like this are becoming more and more frequent in Indonesia. Deforestation has caused the orangutan population to plummet; habitats are destroyed and orangutans are left to starve and die.We need to ACT NOW. This World Environment Day, plant a tree and help us rebuild and protect precious orangutan habitat. The situation is critical, and we are running out of time. PLANT A TREE TODAY: https://internationalanimalrescue.org/plant-tree?utm_source=Facebook&utm_medium=social&utm_campaign=World_Environment_Day_2018&utm_content=videoPlease share this post far and wide. Thank you.

So, if you would like to make a donation to the IAR and help save these endangered creatures, you can do so here. Alternatively, you can spread the word about the dangers of palm oil on their habitats and boycott any products that contain it.