Dizzy and his sister were abandoned after their owner moved away, and they were taken to the Happy Cats Haven in Colorado Springs, Colorado (USA). 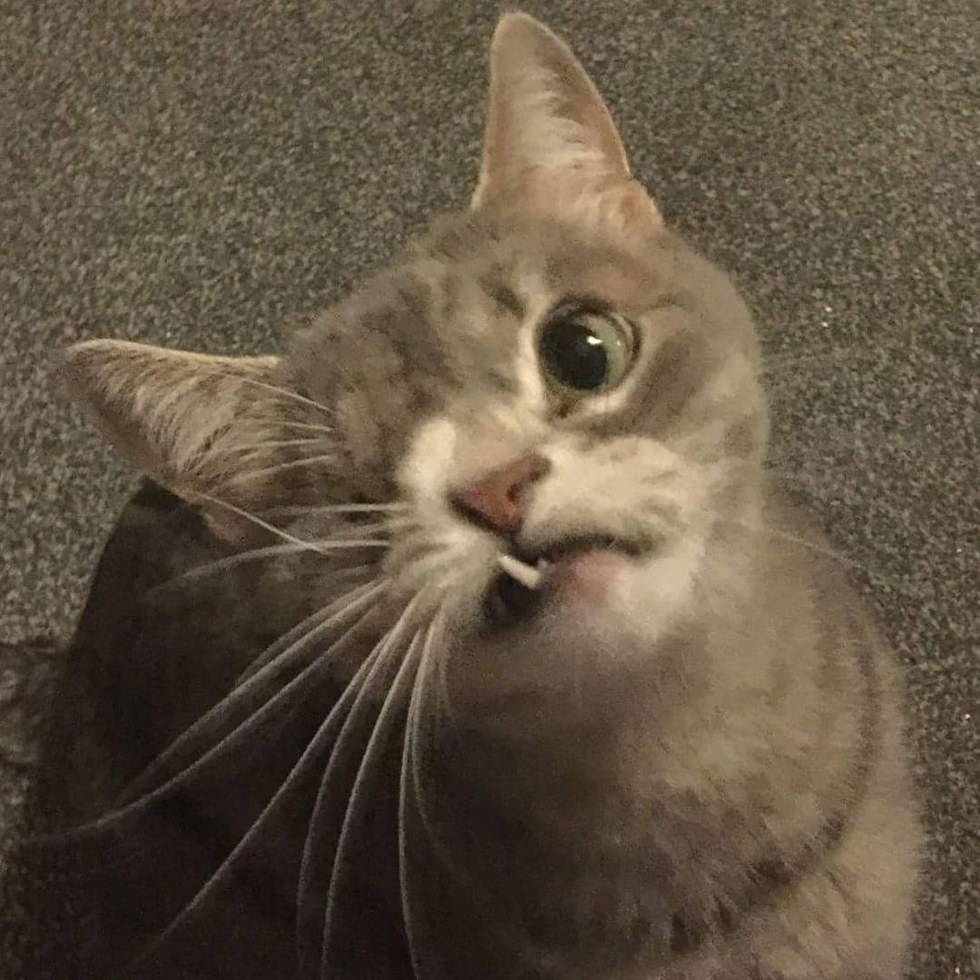 Dizzy isn't like other cats; he has a few quirks. The feline only has one eye and a prominent snaggletooth, which sadly discouraged potential owners from adopting him, and left Dizzy to spend months waiting in the shelter.

It seemed that nobody was interested in him, until Melanie and her husband Sal arrived. Their previous cat, Meatball, had passed away a few months earlier and the couple were looking for a new companion. When they came across Dizzy's adoption page on PetFinder, they knew straight away that their search was over. 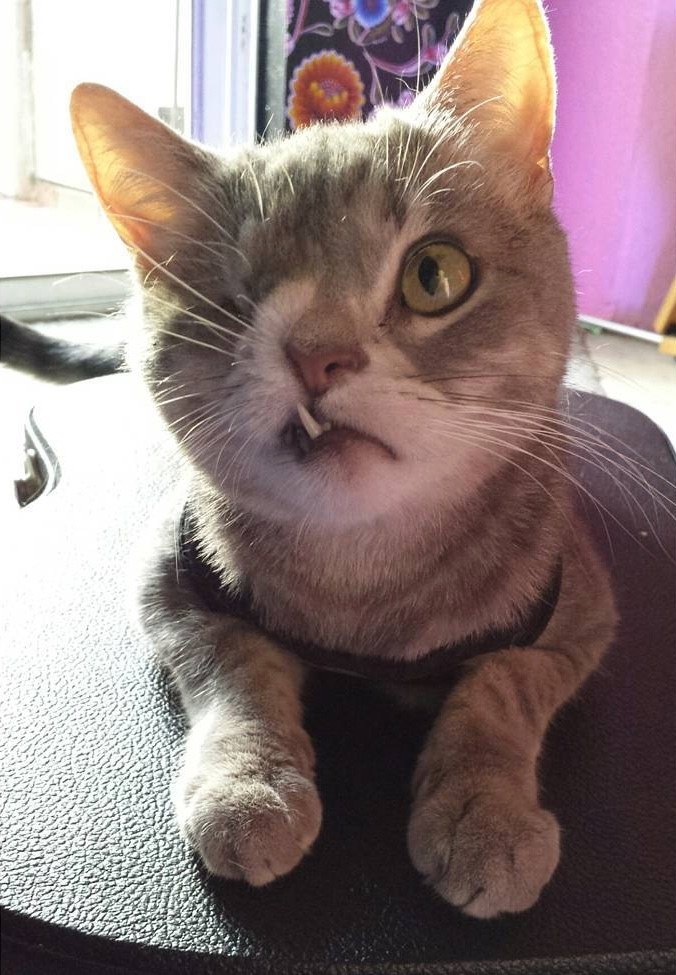 We fell in love with his face… We were surprised at how long they had been there [Dizzy and his sister]. His condition was normal, aside from being a little shy.

The couple decided to adopt both Dizzy and his sister, so as not to separate the two animals.

From what the vet says, the feline was born with a misshapen skull which led to his condition and distinctive features. His trademark snaggletooth recently fell out, but Dizzy is still a unique cat with one sealed nostril and half of his face tilted to the right. 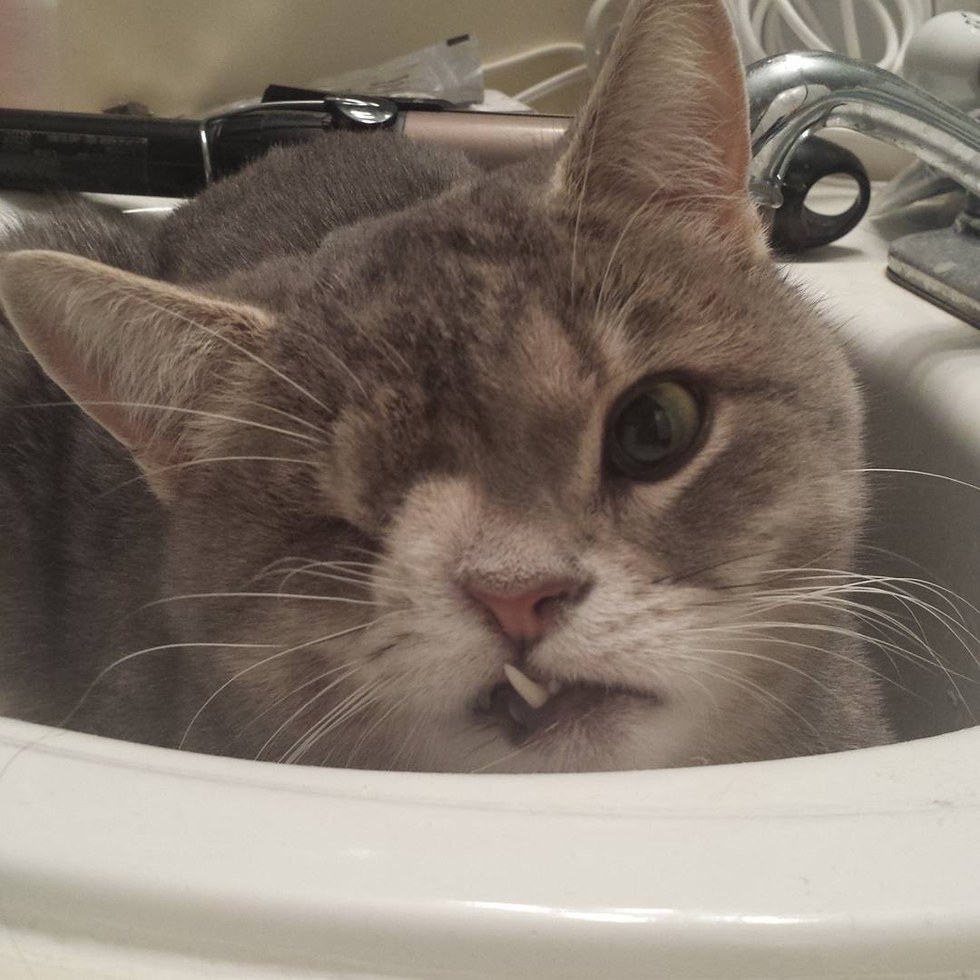 The feline also has some eccentric habits, most likely caused by his condition, but this hasn't stopped people from falling in love with him. Melanie told Love Meow:

He often circles, always clockwise, as a sort of tic. He also 'tracks'. It looks like a typewriter or lawn sprinkler motion. He goes into 'crazy mode' often. 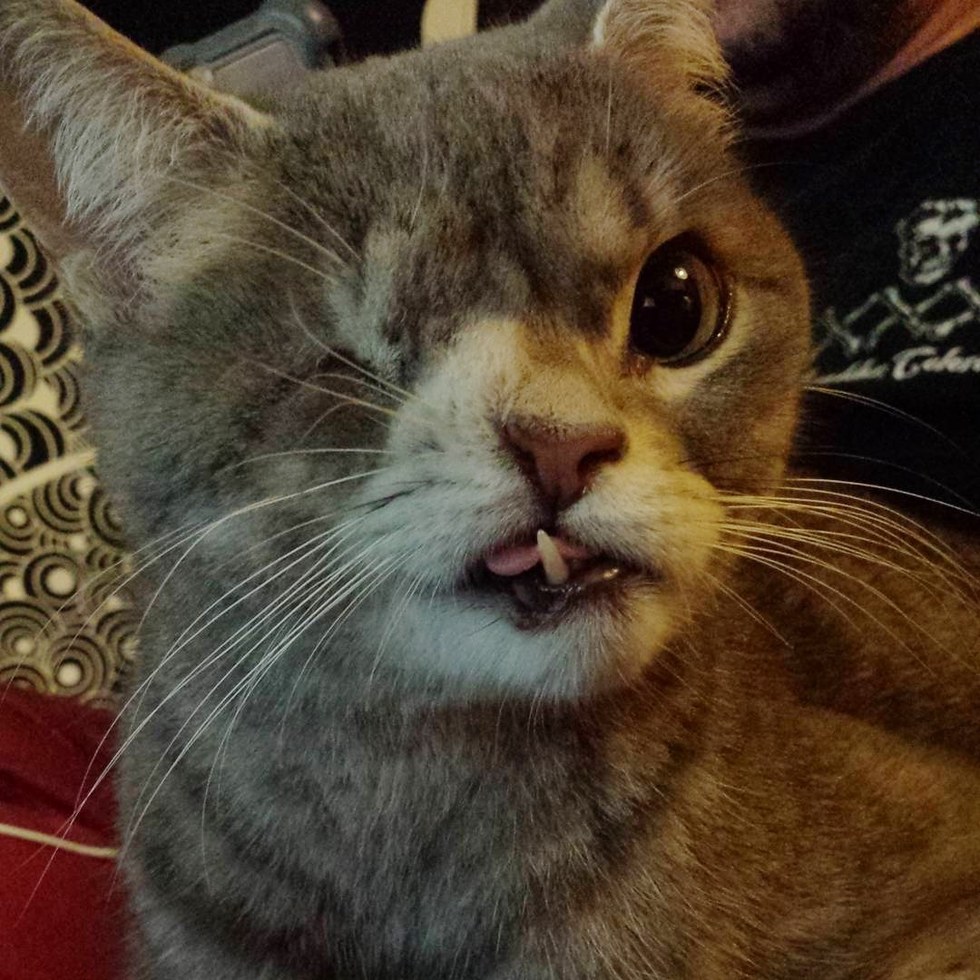 Along with his quirks, Dizzy has a great personality. Melanie describes:

He spends a lot of time in his cat tree. He also likes fighting with his 'sister', and they take turns being the aggressor. 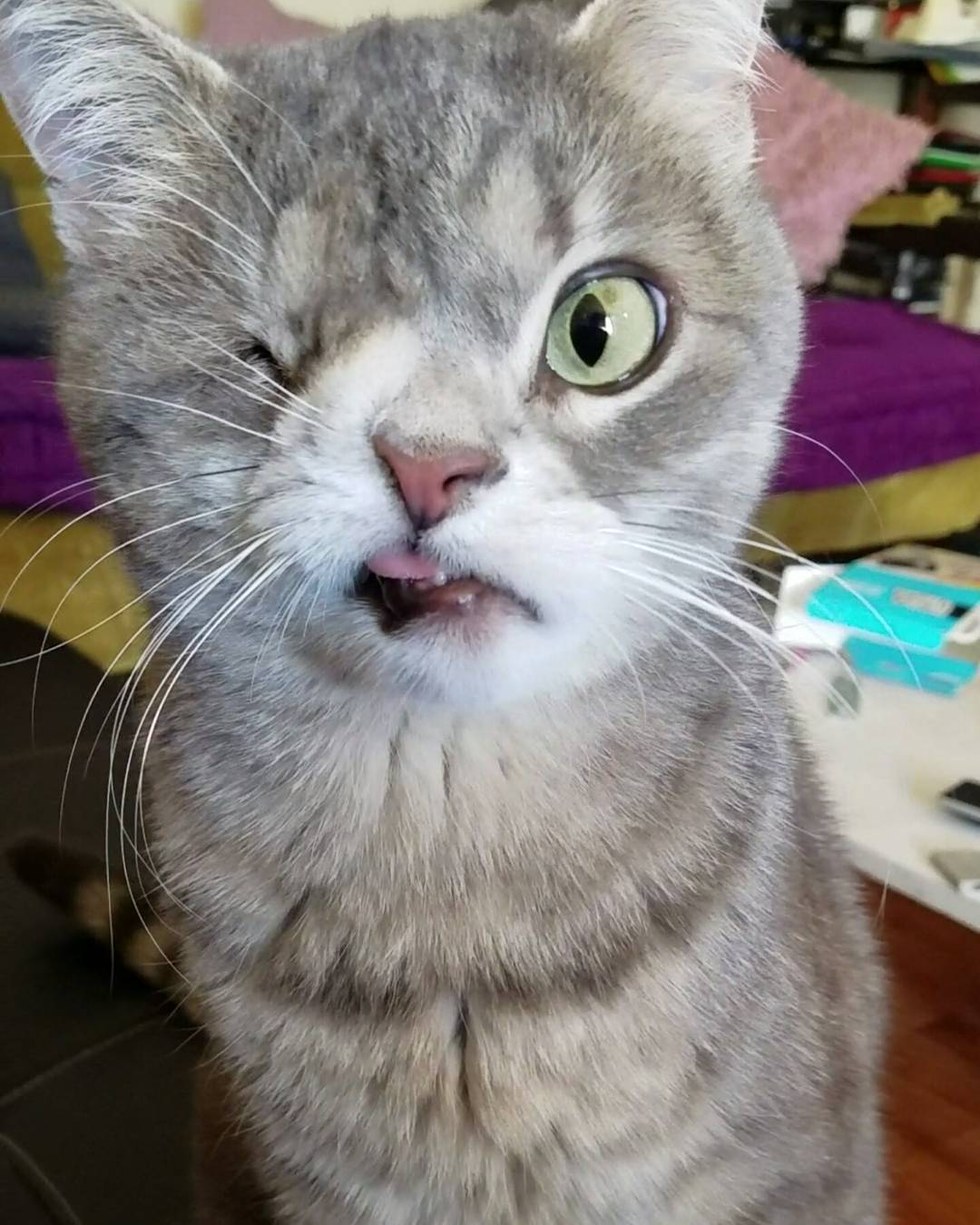 At Holidog, we aim to improve the lives of your furry friends. Enjoy your holidays with peace of mind, knowing your pet is in great hands (find a petsitter near you) and spoil them with our monthly subscription box filled with yummy treats and toys (get your free box hime). You can count on us! 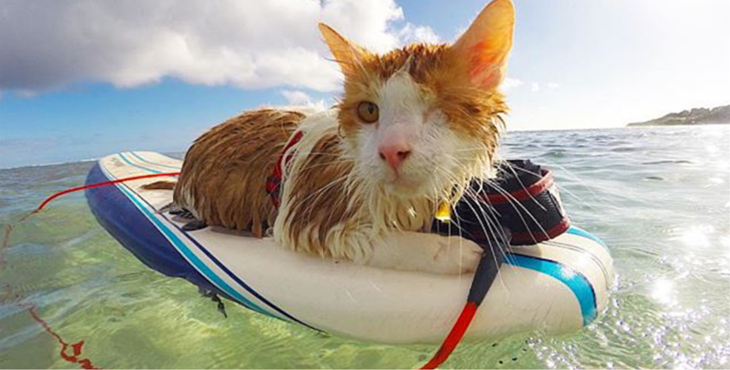