Moxi is a fighter. Although it seemed like the entire universe was against her, this tiny kitten has shown that she can survive anything through pure determination. 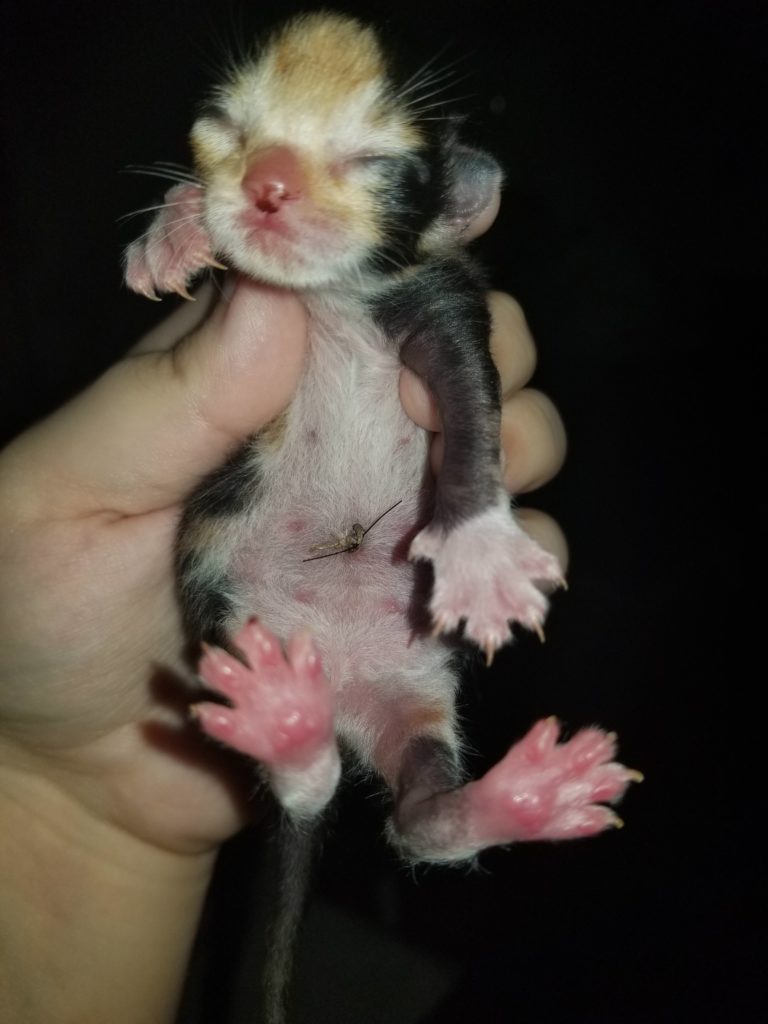 At the end of October, Kiki, her mom, was giving birth in her family home in Everett, Washington State, when suddenly things took a turn for the worse. The first kitten was born dead, after which Kiki stopped trying to go through labor, despite there being 2 more kittens inside her, waiting to see the world.

Kiki's mom rushed her to a veterinarian, who told her that her beloved cat would have to have a cesarian. However, they refused to start the operastion without it being paid for first, and the devastated woman couldn't afford the surgery. She said in a post on Imgur :

I was denied care credit and couldn't afford the procedure and the vet wouldn't do anything without the funding so I turned to social media. I posted Kiki's story, and 3 ladies came in donating $100 each. We had $300 and still needed $1100. 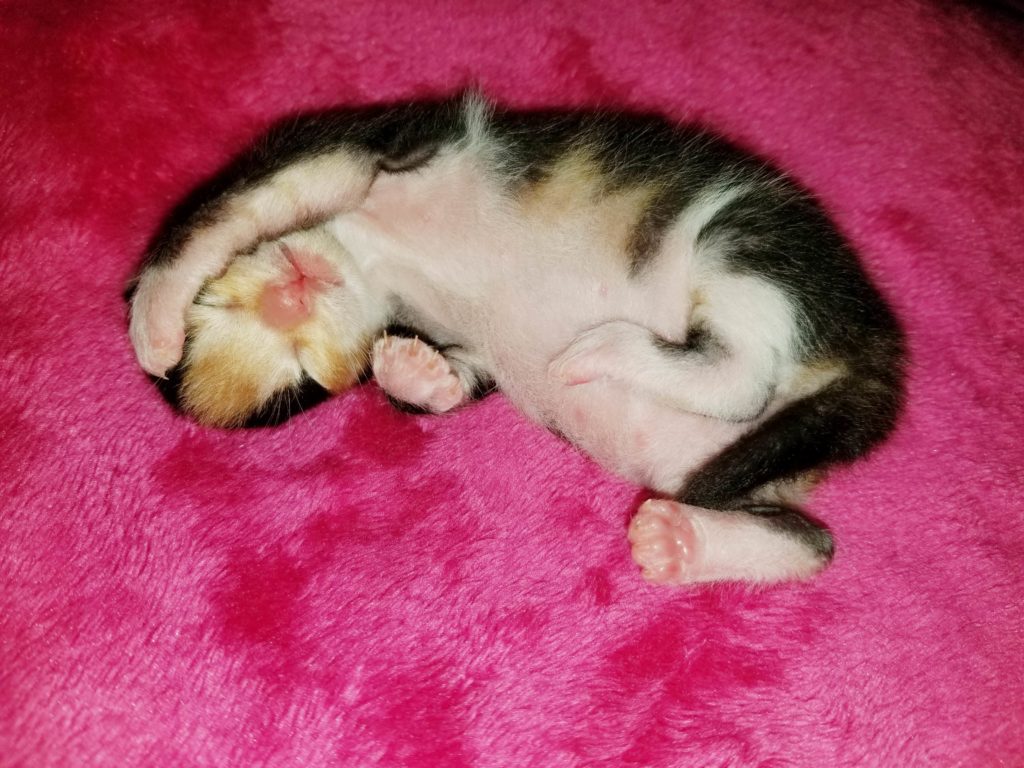 Several hours later, as Kiki slept on a chair and her mom was reaching the edge of exhaustion, the clinic's receptionist came up to her with amazing news; Kiki's bills had been covered and the operation could begin.

Another hour and it was over. Kiki was healthy, but the kittens were in a critical condition. One quickly passed away and the second had only a slim chance of survival:

They brought her to me. Tiny and lifeless. Her feet and nose were purple. She gurgled with every breath she took seconds apart from the last. Her breathing made a sickening pop sound. She was so limp, it seemed like she was already dead. Her legs just dangled, and her head flopped if I moved her. At one point I thought she died in my hands when it took 5 seconds for a breath. I told my bf she was not going to make it and i didn't think she had but a few minutes left in her. She was ice cold. 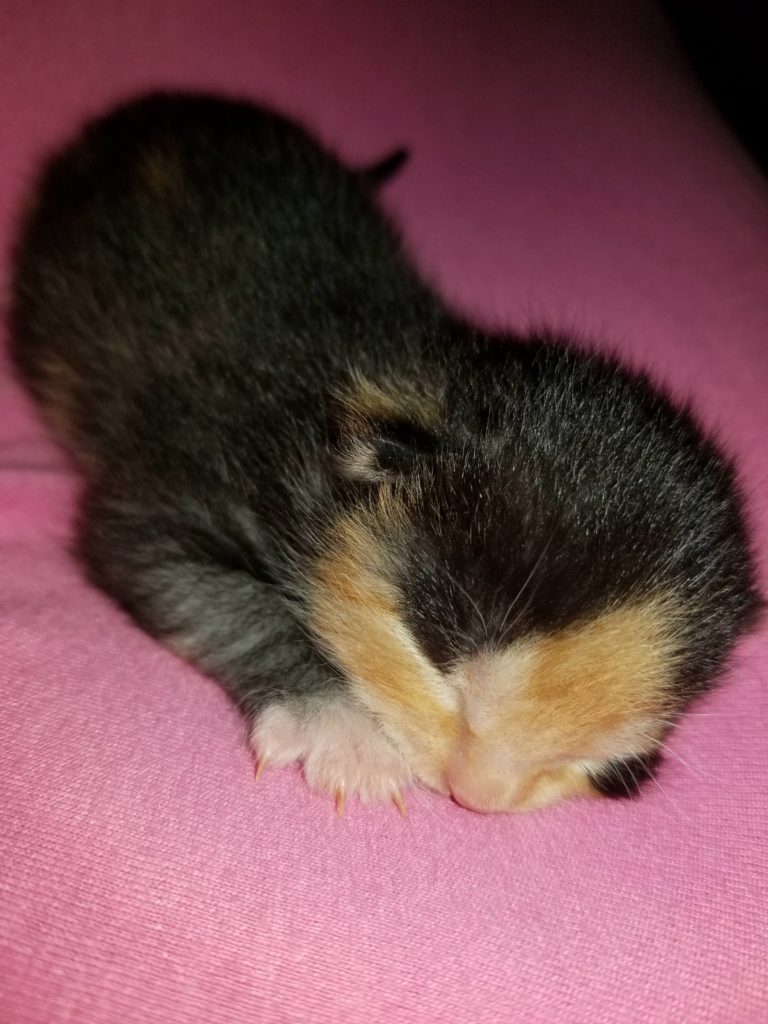 But little Moxi wasn't about to give up and clung to life with all her might. After lots of care and attention from her new human, she seemed to be doing a little bit better – or at least her paws weren't purple any more! Her breathing got faster and she started to move and squeak in protest.

5 days at home, gaining strength and being cared for by her mom, saw her swiftly put on weight and get healthier. 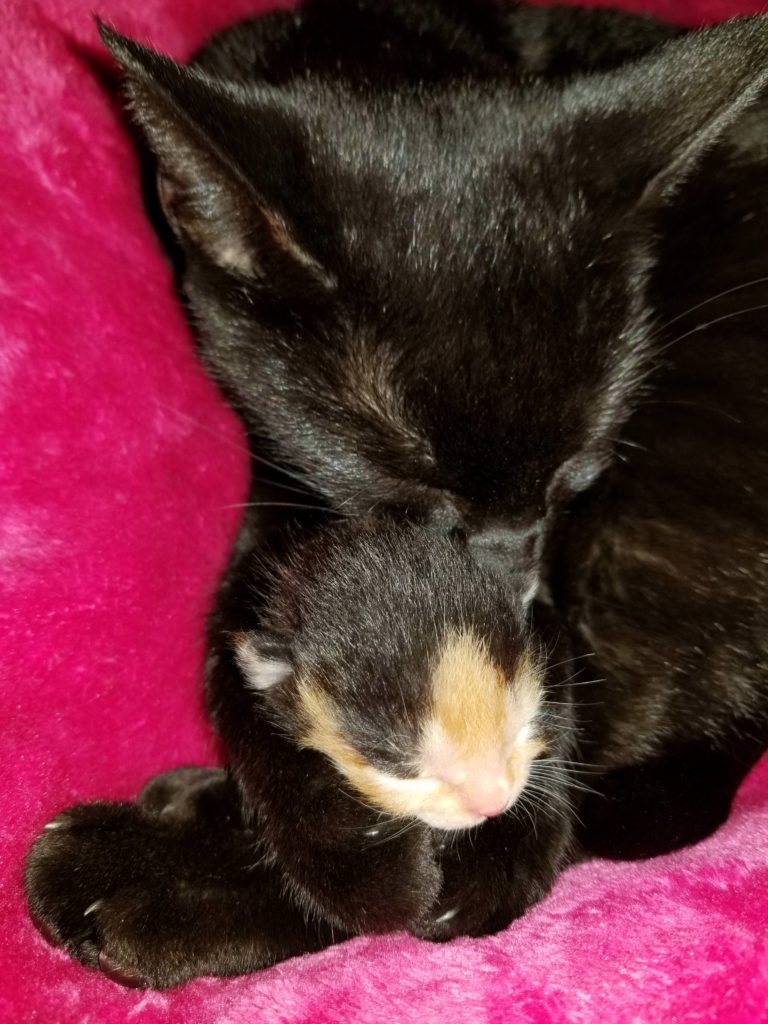 Now just over 2 weeks old, Moxi is getting on well. Her eyes are still shut, but she's getting bigger and continues to surprise her family every day. The kitten who no one expected to survive is going to be a beautiful and healthy little feline.