Nubby's life sadly started out in dramatic fashion. Born without front legs, he wasn't strong enough to feed himself, and the veterinarian taking care of him had suggested euthanasia four hours after he was born, reports The Dodo.

His siblings were pushing him out of the way. He would have perished. He came home with me.

Lou has been involved in animal rescue for a long time. Originally from Houston, Texas, she founded the organization, Warriors Educate About Rescue.

But she isn't alone in her mission: she can count on her husband, Mark, who Nubby took to immediately, cuddling up to him as much as possible. 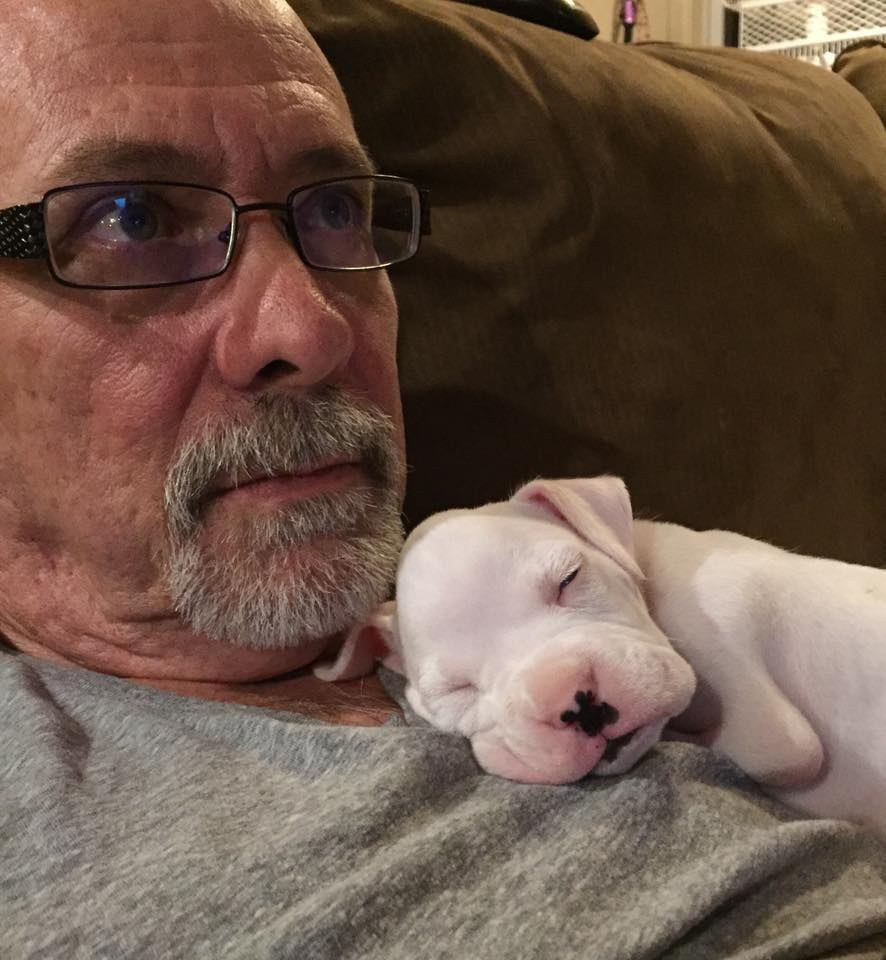 Lou and Mark did a lot of research to figure out the best way to take care of Nubby. They learned to give him his bottle at an angle so the milk didn't go into his lungs, which can cause pneumonia or a pulmonary infection. 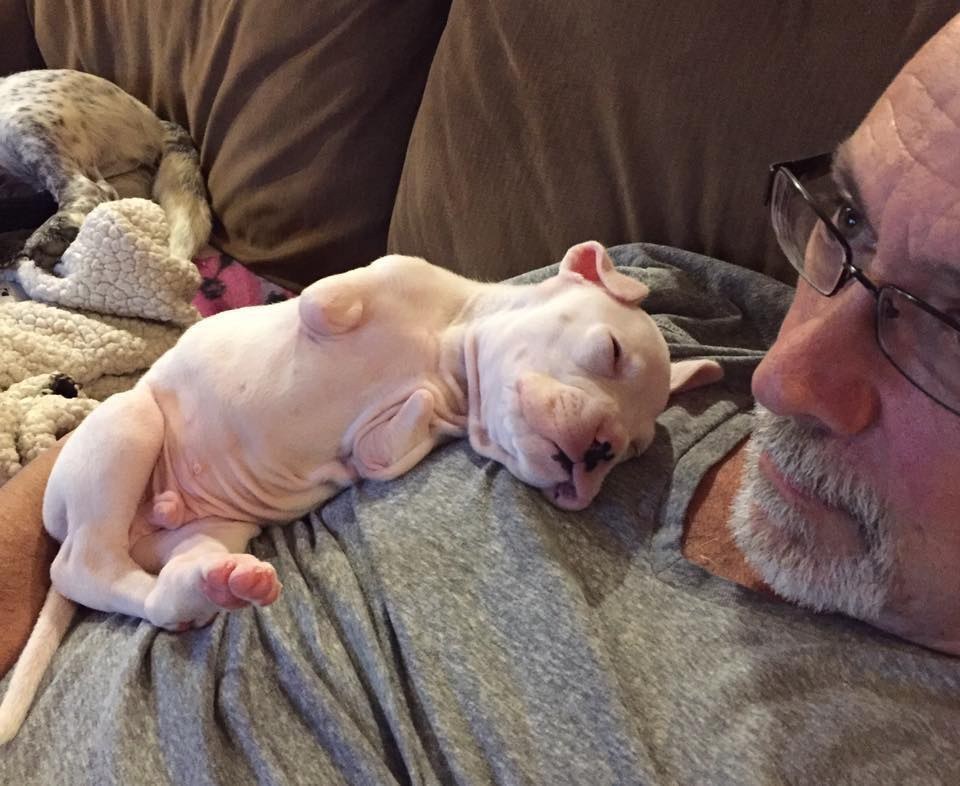 His eyes opened, his ears developed, he found his sounds, smells and voice.

Sadly, Nubby's state started to deteriorate one day. His humans brought him to the veterinarian, where an exam revealed he had an esophageal abnormality. The puppy had a pocket in his esophagus which was collecting the milk he drank. 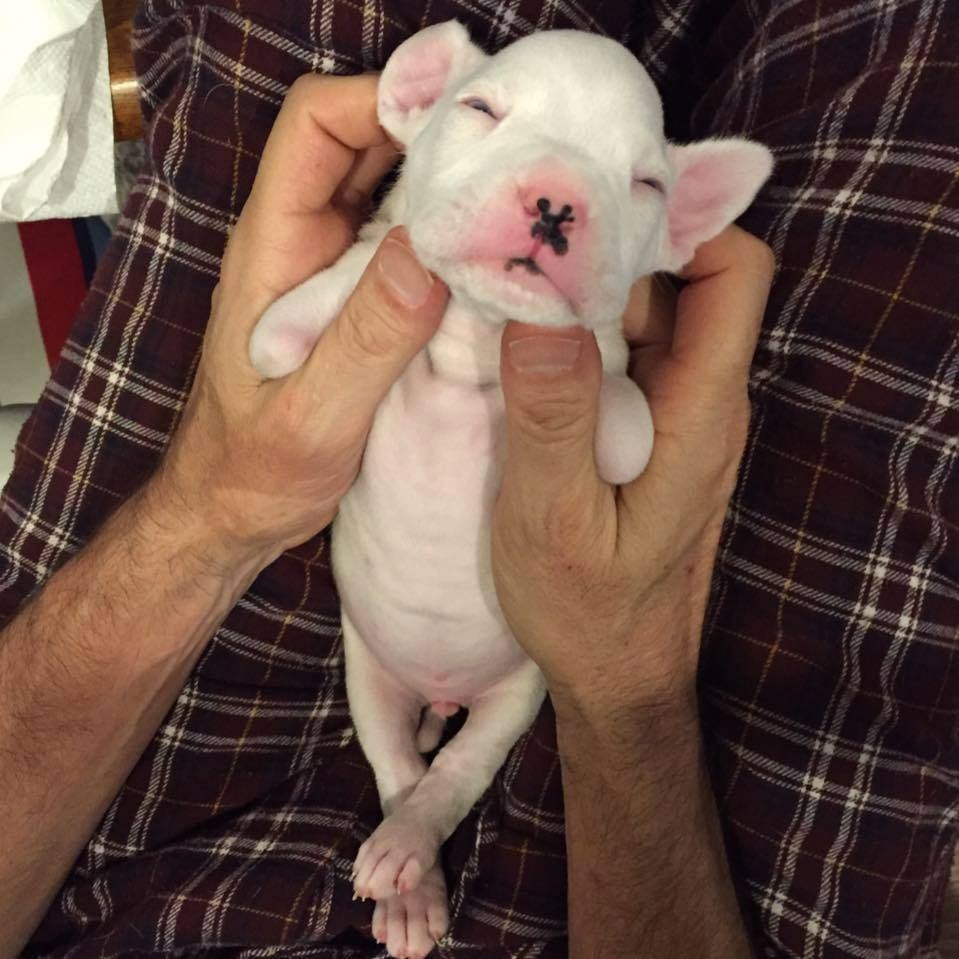 Nubby received antibiotics, but he still found it difficult to breath. However, the tiny canine refused to give up. Lou explained:

He was not giving up. He was fighting, and as long as he has a chance at quality of life, we will fight to give him that chance.

Nubby has since been able to return home, and recently celebrated five weeks old. Unfortunately, until the puppy is a little older, the veterinarians can't examine his problem any closer and aren't sure whether the pocket is permanent or if it can be fixed. 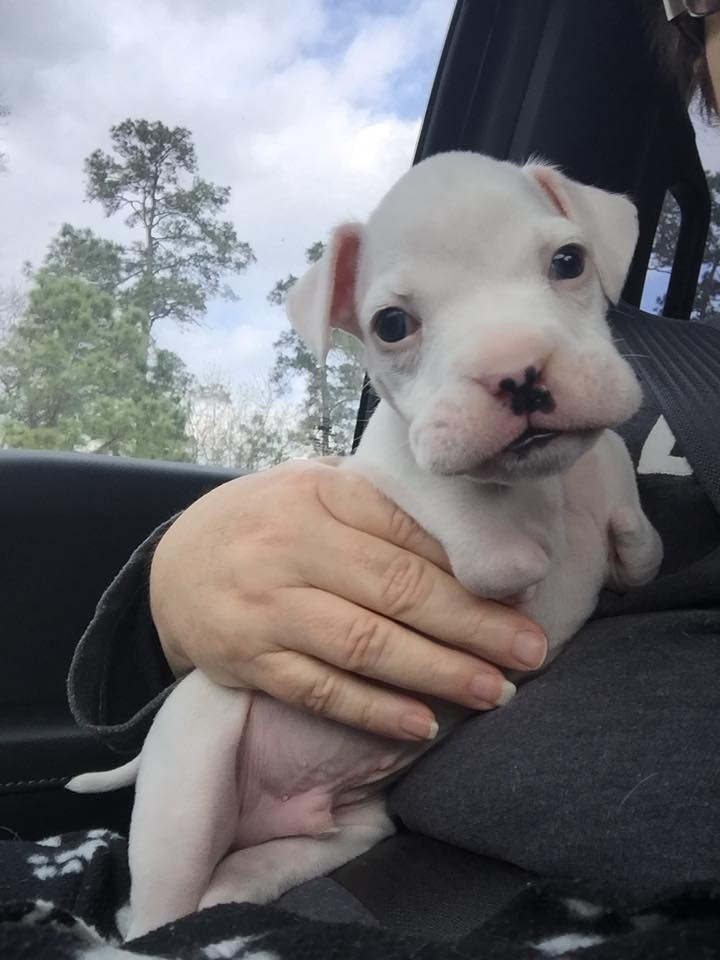 Thankfully, Nubby is in good hands. Lou and her husband have been charmed by the little guy and are considering adopting him to integrate him into the Warriors Educate About Rescue program.

Even though Nubby's future is uncertain, his humans will do everything they can to help him. As for him, he doesn't even realize he's a little different: active and intelligent, he won't let himself be beaten and is learning little by little to get around. He is also trying to learn to get up on his back legs. 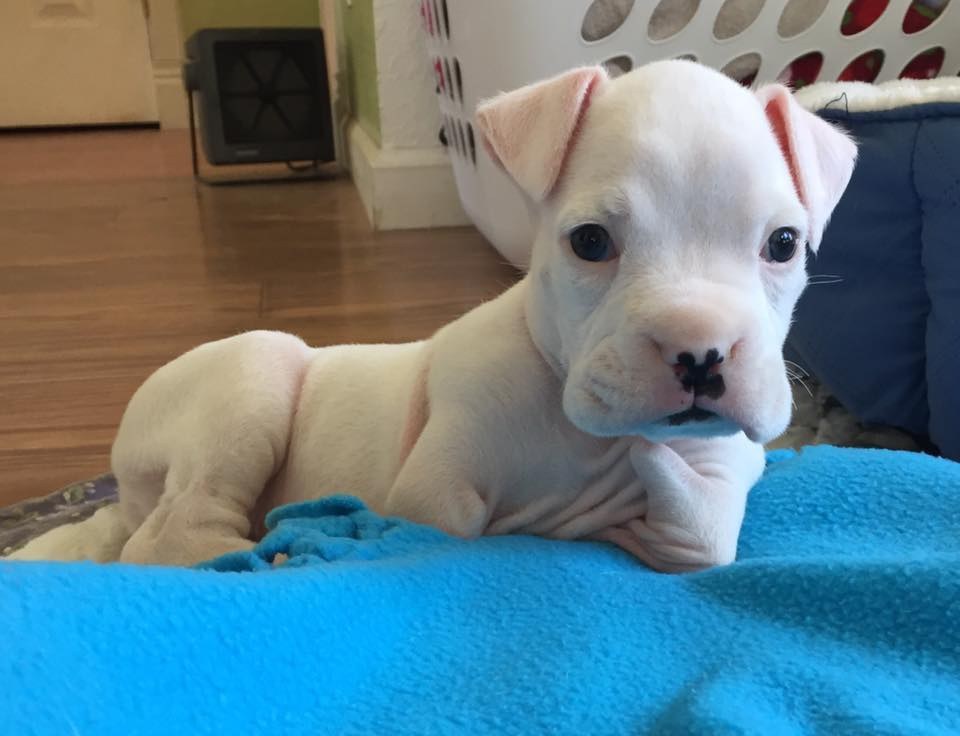 You can make a donation to help finance Nubby's medical care here!