The Jane Goodall Institute and World Animal Protection rescued two of the last illegal dancing bears from Nepal during the night on December 21. Sloths bears Rangila, who is 19 years old, and Sridevi, 17, were saved with help from police and appear to be suffering from psychological issues following their long ordeal.

A 'cruel' and 'appalling' business

Dancing bears have been a popular type of entertainment in Nepal for decades. To control the bears, who are usually kidnapped from the wild as cubs, a hot needle is used to burn a hole in their noses. A rope is then threaded through the hole and used to lead them. 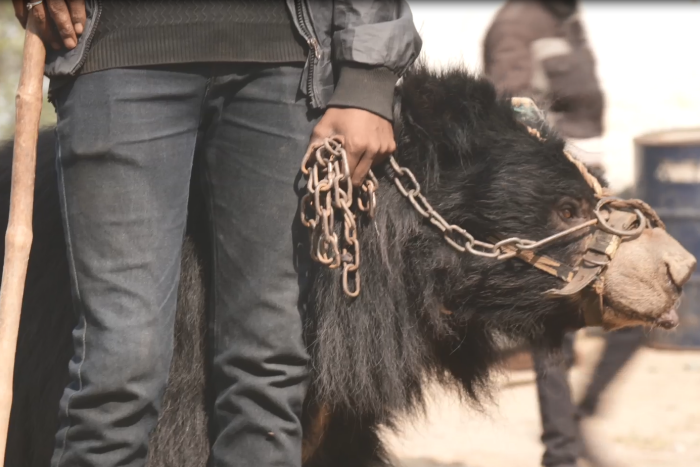 These holes are so large, with so much pressure being put on them from being tugged on by the rope, that they usually never fully heal.

Dancing bears are violently trained with a system of punishment to get them to do tricks. This can include being dragged over hot coals when they don't do as their told. The animals are also often very underweight as the people who own them are too poor to even feed their children properly.

Mary Hutton, founder of Australian organization Free the Bears, describes forcing bears to dance as a "cruel" and "appalling business". The consequences of the abuse these bears face are heavy and last long after their rescue.

Rangila and Sridevi have been cowering, pacing and sucking their paws even though they are now safe, all signs of distress for these sensitive animals. 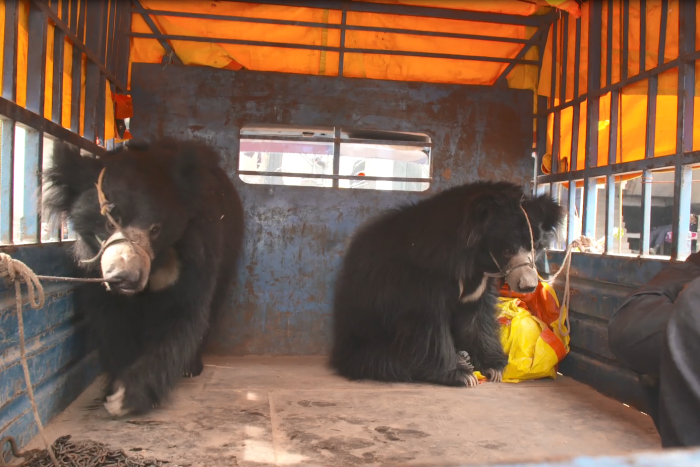 Although dancing bears originally come from Nepal, the practice has spread to other countries such India, Greece and Turkey. Free the Bears has saved nearly 600 bears in India alone over the last 15 years, while World Animal Protection has been working hard to completely end this cruel form of 'entertainment' in other parts of the world.

It took nearly a year to free Rangila and Sridevi. Help from the local police was absoltely crucial, as Manoj Gautam from the Jane Goodall Institute of Nepal told ABC:

After a year of tracking them, using our own intelligence and in cooperation with local police, our hard effort and dedication has helped to bring an end to this illegal tradition in Nepal.

Threats to bears continue throughout Asia 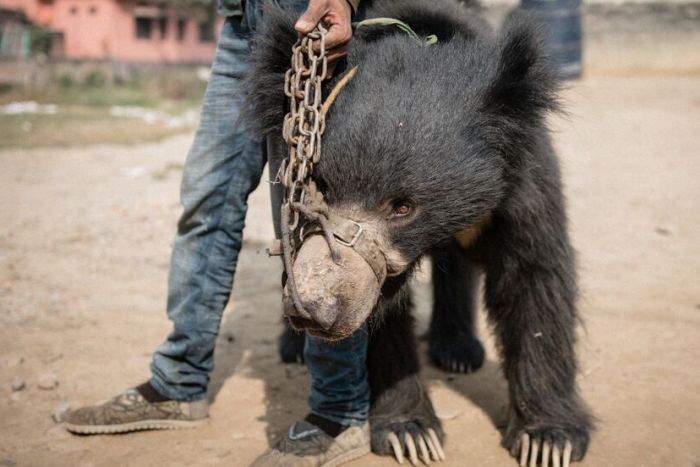 Although the end of dancing bears in Nepal is a very important step in protecting bears worldwide, there are still numerous types of abuse facing these creatures throughout Asia.

Around 22,000 bears are notoriously tortured on bile farms, while others are trafficked, hunted, or driven out of their homes when humans destroy their habitat.

Bears aren't the only animals to suffer either, as Neil D'Cruze, Wildlife Technical Expert for World Animal Protection reminded us:

It's extremely distressing to see animals being stolen from the wild and the sad reality is there are more wild animals suffering across the world, purely for the entertainment of tourists.

In a shocking case of abuse that has been going on for decades, bears have been trapped on 'bile farms', where their stomach bile is painfully extracted to be sold on the traditional medicine market. The procedure leaves these bears with horrendous, irreversible injuries, such as issues with their gall bladders.

Bear bile can fetch up to $400 dollars per 100 ml and fuels poaching and trafficking across Asia.

Many countries have been trying to put an end to this barbaric practice. Vietnam made it illegal in 2005, but activists still say that there are around 1200 bile farms still in operation there, carrying out their business in secret.

Bile farming is still legal in China with over 10,000 Asiatic black bears kept in atrocious conditions to be exploited in the worst way.

Animals Asia has been working to put an end to bile farming once and for all. Over 600 bears have been rescued since the organization was created in 1998.

You can donate to them and help them save the lives of more abused, innocent animals on their website.