Every year, nearly one million dogs lose their lives, killed for their meat. Most of this meat is sold and eaten during Bok Nal, an event celebrated over 3 days in summer: July 12 (Cho Bok), July 22 (Jung Bok) and August 11 (Mal Bok).

Most of them end up in a soup called Boshintang, which some residents consume in grand quantities to keep themselves hydrated in the summer heat. But dog meat is also said to have properties which give consumers energy and virility.

In mid-July, 2017, volunteers from the Humane Society International were called to a farm in Yesan, in the west of South Korea. There, they saved nearly 150 dogs destined for a painful life and a cruel death.

Photos of the rescue put online by the association show tens of dogs and puppies shut in tiny cages. Even while they were being freed, many of them didn't realize that these people were here to help them, not abuse them. 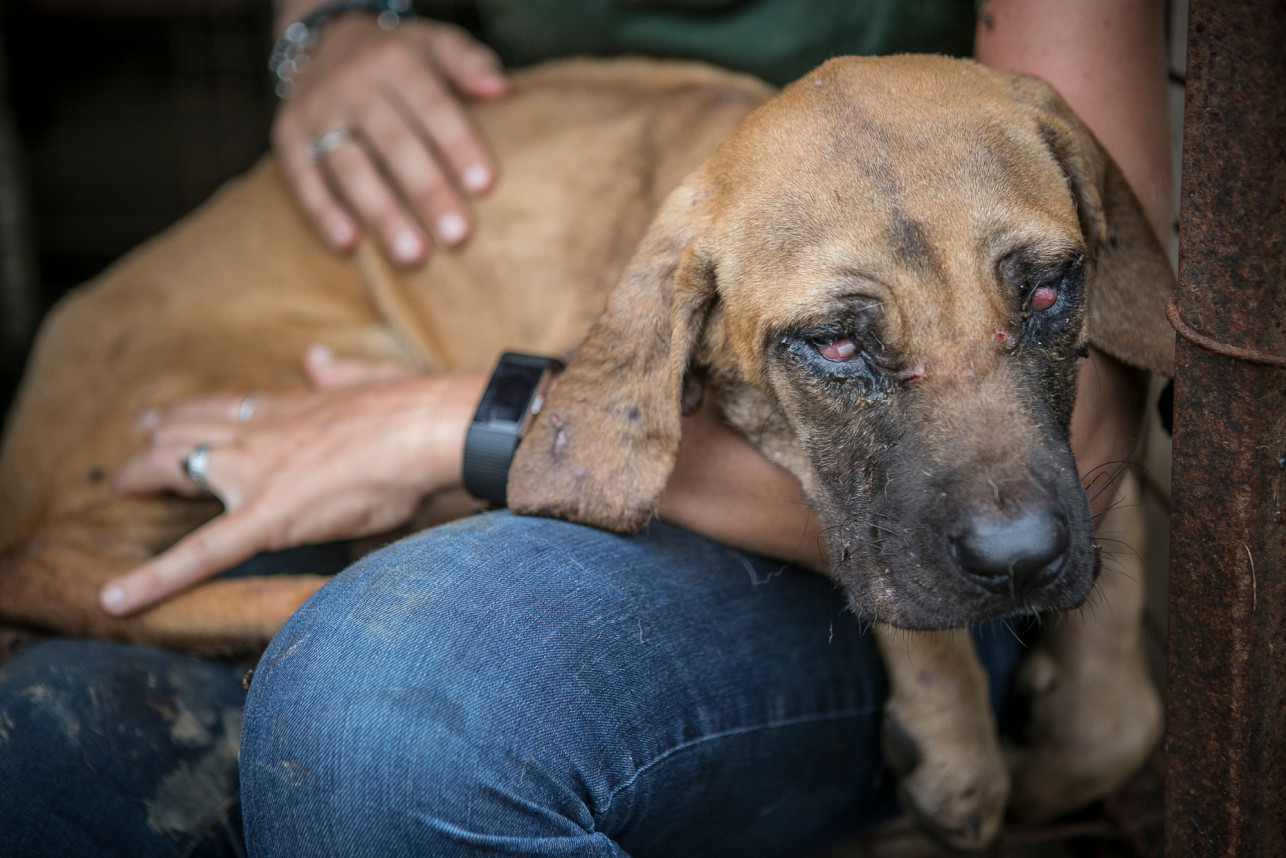 The majority of the canines were taken to the United States to be put up for adoption. 15 puppies will stay with their mom until they are strong enough to make the journey over the sea.

The farm was the 9th closed by HSI in South Korea. So far, they have saved nearly 1000 dogs in total. Nara Kim, a member of the association, said in an interview:

Eating dog is a dying practice in Korea, especially among young people. However, the Bok Nal days of summer still lead many to eat dog meat soup in the mistaken belief that it will invigorate the blood in the sluggish heat.

Our campaign shows them the disgusting conditions in which the dogs are forced in live in their own feces, and their pitiful suffering, and it is changing hearts and minds.

[…] Some people say that dog eating is Korean culture, but you won’t find many young people who feel it’s a cultural habit we want to hold on to. It’s intellectually lazy to use culture as an excuse for cruelty because all cultures evolve over time and we often shed practices of the past. 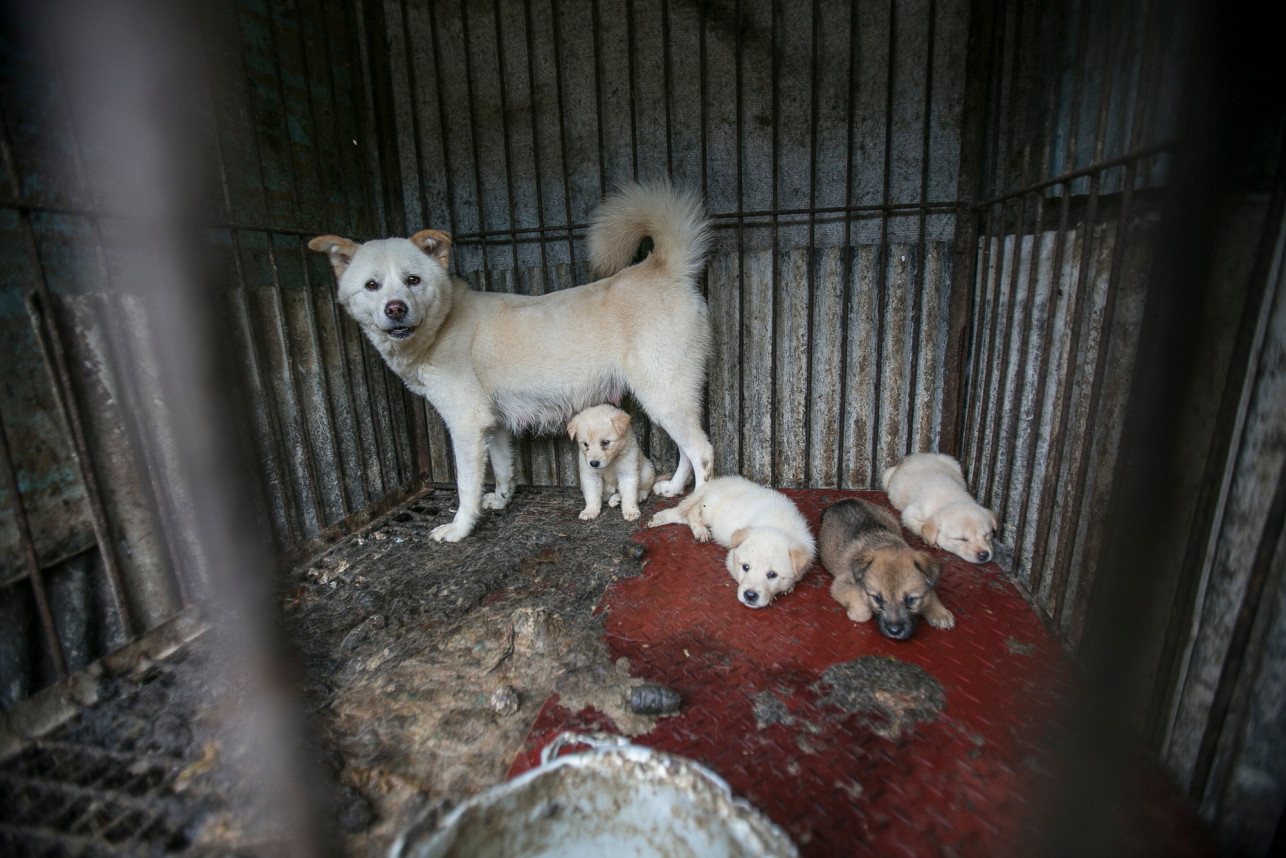 Although the 149 dogs saved by HSI are no longer in danger and will have a happy life with their new families, there are still dog meat farms all over South Korea, with millions more animals who won't be as lucky.

You can support HSI and the work they do by donating to them. To sign the petition to end the slaughter of thousands of innocent dogs and cats, click here.