An 8-year-old pregnant Jersey cow was recently rescued by Edgar's Mission just hours before being slaughtered at a dairy farm in Australia.

But even though the expecting mother, who they named Clarabelle, was finally safe in the farm animal sanctuary in Victoria, it was clear she was still scarred by memories of fear and betrayal.

Indeed, all of the mother cow's previous babies had been brutally snatched away from her just days after their birth. 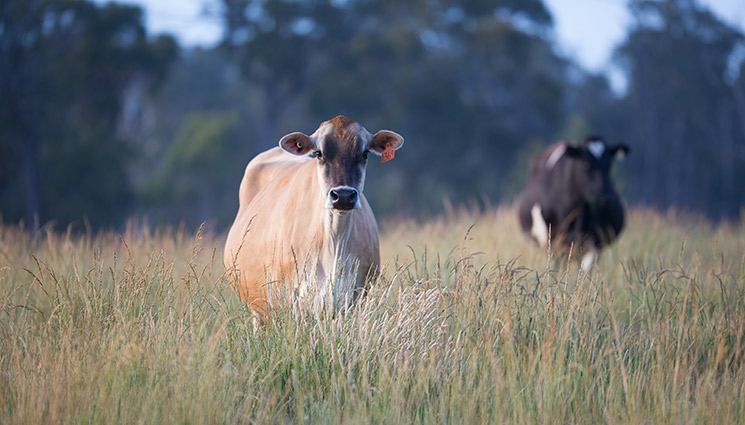 So when her due date was nearing, the usually lively cow started to retreat in the paddock, more apprehensive and shifty than ever before.

The volunteers knew that something was up when Clarabelle lost her appetite and decided she must be hiding something. 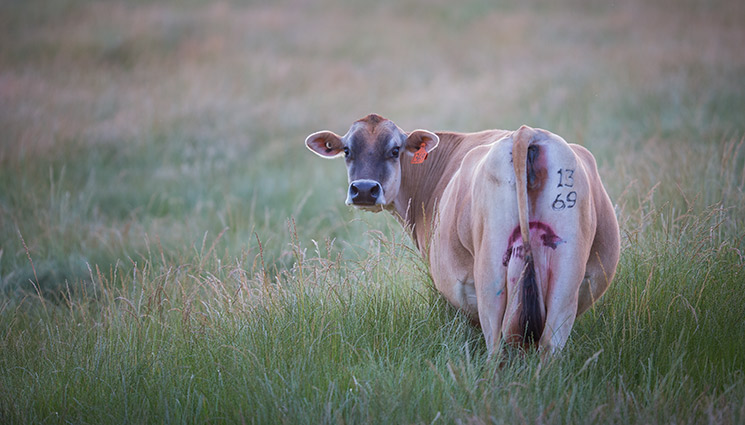 What they didn't know was that Clarabelle had, in fact, given birth a few days before and was hiding her baby calf in order to protect it from being torn away from her.

Nowhere to be seen in the paddock, the shelter volunteers searched high and low for the baby calf. Finally, they almost stumbled over the heifer, who was hidden in a patch of tall grass. 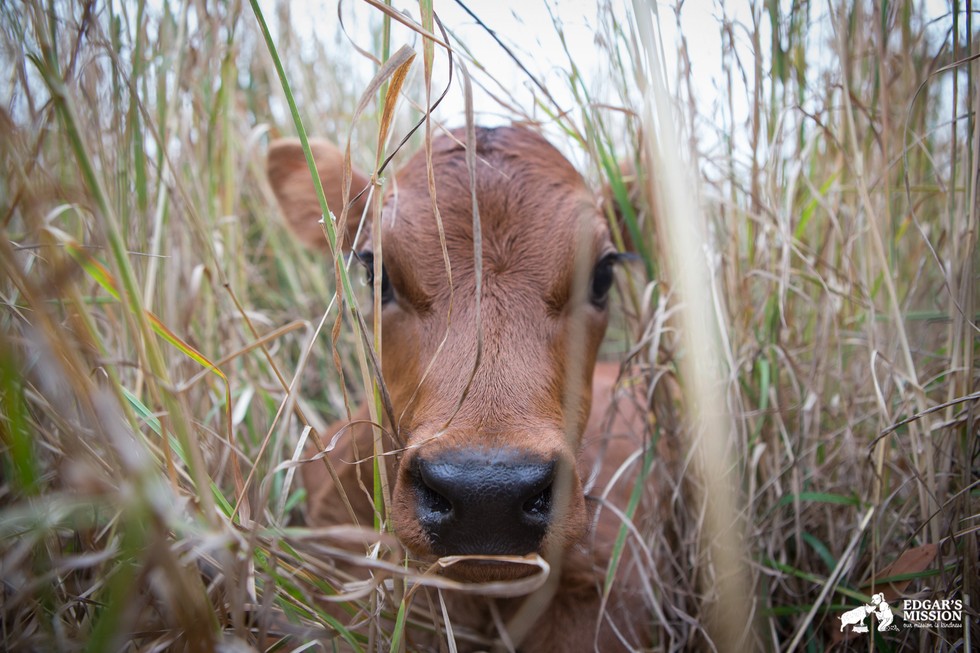 The shelter described how adorable the baby cow was on their Facebook page:

This little heifer, as she lazily blinked at the world with big bug eyes could surely have melted a polar ice cap.

One thing was for sure, Clarabelle had no need to worry, as the shelter wrote:

No one will ever take Clarabelle’s baby away. 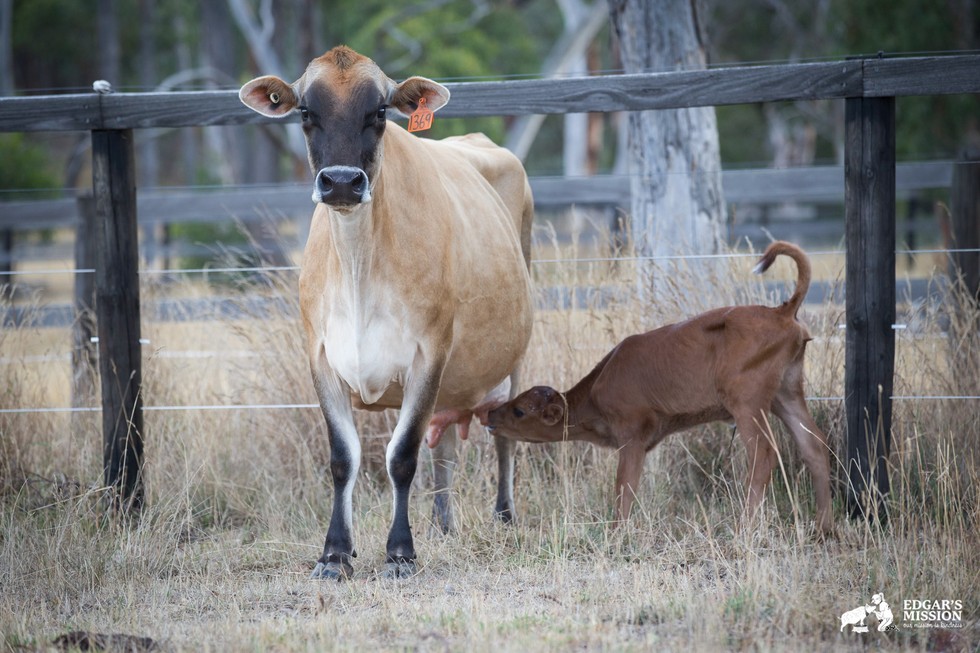 The baby calf has since been named Valentine, as she was discovered on Valentine's Day:

"We christened her Valentine in honour of the love between mother cows and their babies," the sanctuary added. 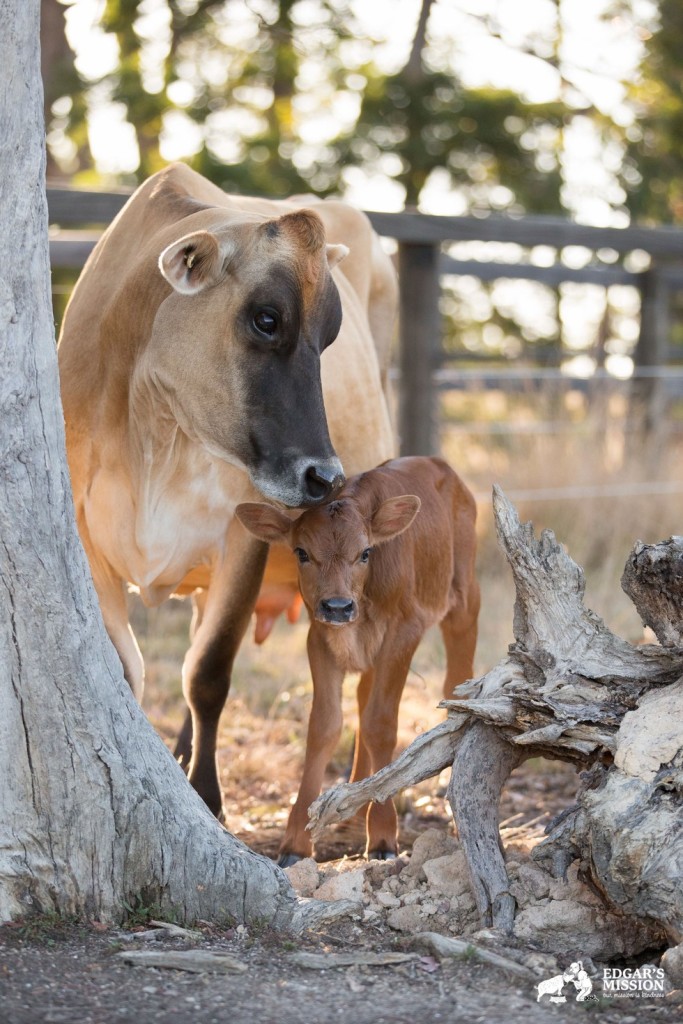 Watch the footage of the baby calf's discovery here:

Whilst many of us believe that no animals are harmed in the production of milk, cream and cheese, that is not in fact true.

Cows do not simply produce milk all year round. Rather, like any other mammal, they need to be pregnant to produce milk for their offspring.

But when their babies are born, farmers tear the calves away from their mothers so that the milk intended for them can be consumed by humans.

Male offspring are then sent to their slaughterhouse where they are usually killed in the first week of their life. Females are often sent to China as live export for dairy production, to continue in the same fate as their mothers. 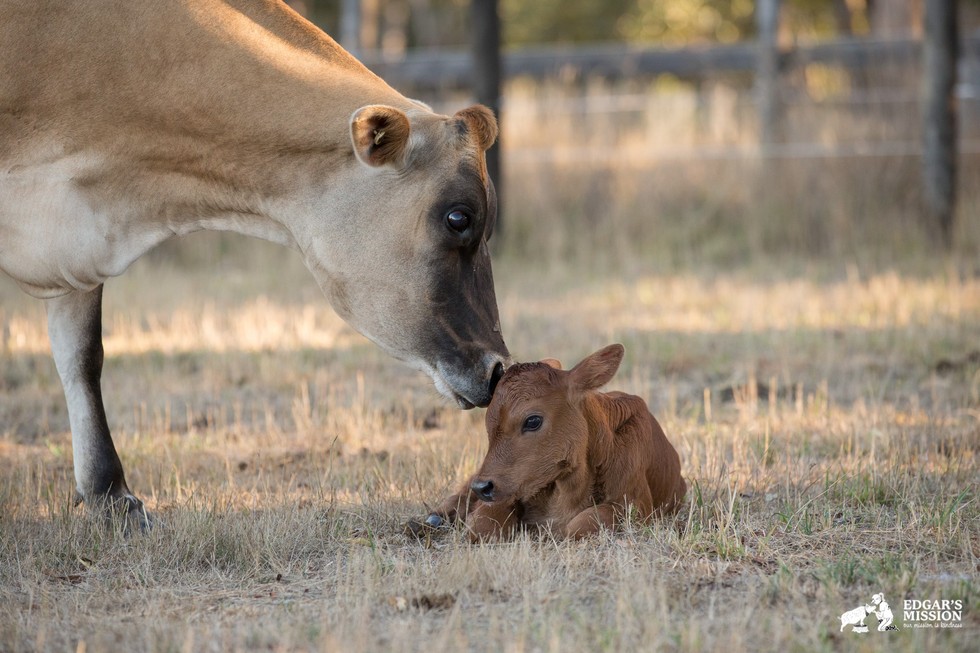 If you love dairy products and don’t believe you can ever find an alternative, please remember this, mother cows love their babies many times more.