On February 26, after The Edmonton Humane Society received a complaint that small animals, including birds, amphibians, fish, reptiles and arachnids were abandoned at the My Pet store in West Edmonton Mall, Canada, they immediately went to check to see if the concerns were legitimate.

Upon seeing the store, it was clear that the complaint was warranted and the group applied for a seizure execution.  Nearly 500 animals were rescued after being 'abandoned'. 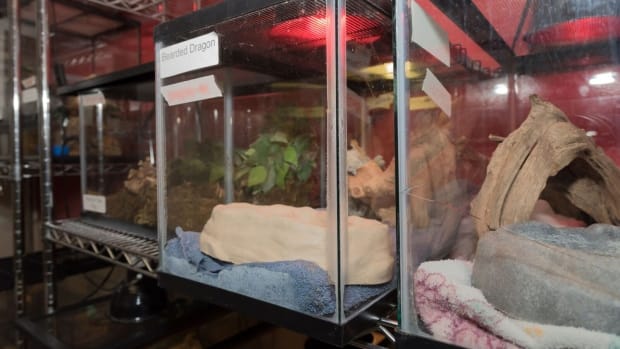 Although the conditions of the animals is not being disclosed, Danika Bodnarchuk, supervisor of animal protection services with the Edmonton Humane Society said to CBC News:

This is the second-largest seizure we've done, to my knowledge. At this point we're concerned for ensuring their well being. Charges could potentially be laid against an owner. We are at the very early stages of the investigation.

The My Pet storefront has since been covered up and West Edmonton Mall's manager of marketing and communications, Darcy Hewson, released a statement about the seizure of the animals:

West Edmonton Mall, along with the owner of My Pet, worked together to facilitate the handover of animals to the Edmonton Humane Society within hours of the permanent closure of this tenant.

The seizure was made in accordance with the Animal Protection Act, which describes an abandoned animal as one that is left for more than 24 hours without adequate food, water or shelter, or is found on premises where a tenancy agreement has been terminated. 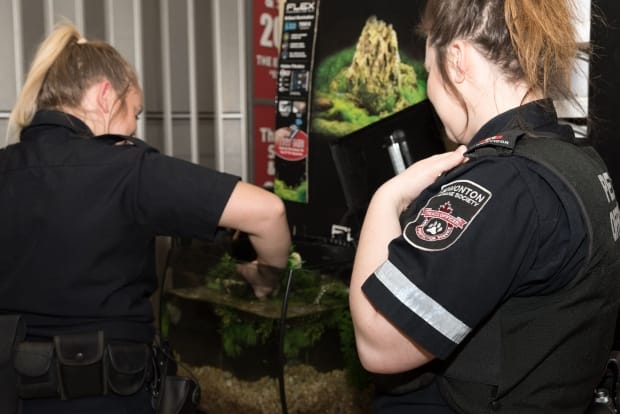 If they are charged with abandonment, they could face up to a $20,000 fine as well as a lifetime ban from owning animals.

This rescue didn't come cheap as Bodnarchuk said, the large number of animals seized has created additional costs for the Edmonton Humane Society.

They do require specialized care. We had to provide enclosures for them — a lot of materials that we don't normally have on hand at the shelter.

Under the Animal Protection Act, animals that have been seized must remain at a shelter and are monitored for 10 days before they can be available for adoption.